1
Suicide.
posted by MephilesTheDark
I dragged my claw across my wrist, very lightly, as to not puncture the fragile join between living crystal and flesh.

I stared down at my weak spot, knowing I could very easily kill myself by cutting through the fur and skin, slashing the veins, and bleed to death.

But... If that was my weak spot, why was I toying with it in a similar manner to what a cat does a mouse before pouncing? And, more impotantly, why did I get the urge to "pounce", by wich I meaned slashing myself?

Confusion swept through me as I sat crosslegged up a tree as my best friend, Rebecca, furiously smashed a soccer ball against a brick wall, practising her skill, precision, and speed in a fun-loving way.

I watched as she headbutted it into the wall, use a homing move to kick it back, then backflip and smash it with her hoverskates.

I sighed. I envyed her physical strength, as if I were left without my abilities, I would compleatly useless in a battle. Rebecca, on the other hand, was a force to be reckoned with.

Last time, it was her verses 120 androids. They needed more androids. What's more, she did it compleatly on natural ability, not using her controll over fire or pulling a chainsaw from no-where at all. She did it "Sonic" style, and, literally, just barrelled right through them.

I sighed, and rested my head against a branch. I had just closed my eyes to sleep when-

- A ball smashed into my gut! I wheezed in pain, and very nearly fell out of my high point in the tree.

"Ya think?" I growled, and flung the ball back down to her.

"Yeah. I do." She said, putting the ball down and climbing up to join me. "You okay?"

She rolled her eyes. "Riiiight, Meph." She then proceeded to jump out of the tree, landing squarely on her feet.

As she left to continue her soccer practise, I went back to my former topic; suicide.

Why was this feral emotion encoraging to end this? The first time I had felt real happiness, and this urging was compleatly ruining it for me!

I cursed my own stupidity. For someone with genius IQ, I was unnaturally slow.

Of course it was the remnants of Dark's emotions, from when he was realised to be a seperate entity to myself. His prevous thoughts of anger and murder towards me lingered in my brain, since our seperation.

The last move that had happened in that battle was my enemy using his most powerful move, identical to my own, the "Dark Chaos Lance", wich had peirced Rebecca through the chest.

I was thankful the blow had not killed her as it had Sonic in the previous time loop; wich was now erased from history, but not memory.

That move had left her with crystal shards developing on her quills, and the whites of her eyes reddening, so she somewhat looked similar to myself now.

It irritated me that I had done that to her, even though I knew it wasn't me. I blamed mself, for if I had more controll over my demon, he would not have been open to attack.

What had then happened was anyone's guess; I had passed out and woken without Dark, Rebecca was out cold from that nasty hit, and Crescent and Manic had found us both a little out of it a few hours later.

Robo-Knuckles had been present at the time, but, being his glitchey self, could not relay anything that had transpired, much to my annoyance.

I knew I should have called Tails, and told the kitsune to check the virus-infected android's firewall, and prehaps install a newer one, but noooooo... he liked himself with the glitches! God...

I smiled, and cupped my clawed hand over my wrist, an act of protection.

No... i would not fail to the mere remnants of Dark the Demon. I had fought the actual thing, so... a few negative emotions couldn't hurt, right?

I will not fail.
Ocean_Hedgehog likes this
MephilesTheDark This happened only today... Geez... ^^' I feel like I'm keeping an online journal, only in storey mode. Hope you liked it...
Thirddevision yea
MephilesTheDark Hmmm... A bit bored... Right now I have to write flashbacks for English... might use this...
CrescentVampire Very nice. You describe things well.
MephadowFan1 great job with the story. 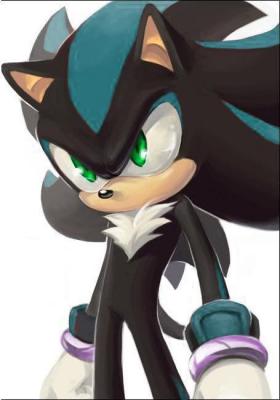 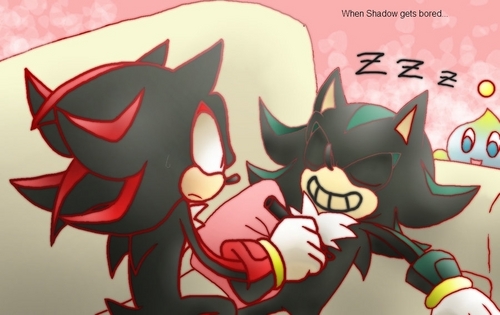 3
When Shadow gets bored...
added by MephilesTheDark
Source: Not me. 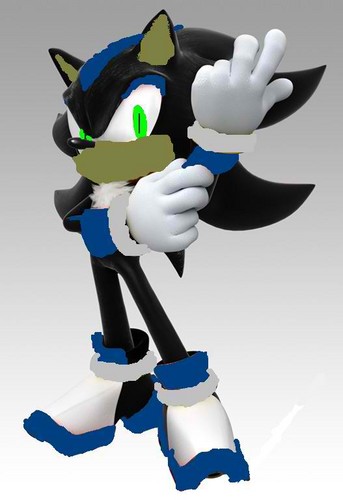 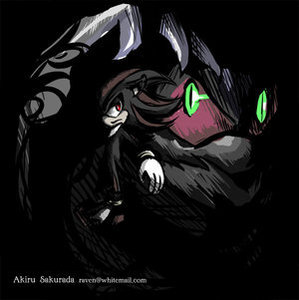 My heart was thumping hard in my chest, my breath all I could hear in the darkness. The fear of the hunted lay down upon my shoulders, adrenaline the only thing keeping me from falling to my knees.

I was exhausted. The enemy was not far behind... I pushed myself faster, knowing it was hopeless. he would catch me.

If I weren't so preoccupied with my flee, I would have shuddered at the thouht of those venomous green, reptile-like eyes, the blood-red sclera accenting the image of fear.

My legs felt like lead, my arms were heavy, my breath coming in raggid gasps as I tried futiley to get away from...
continue reading... 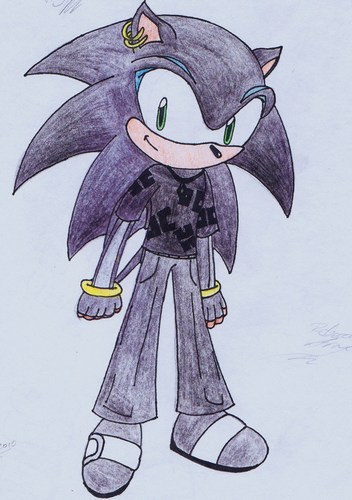 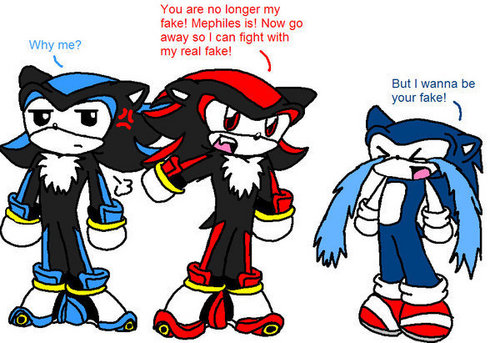 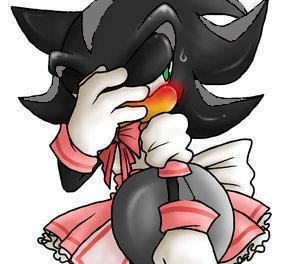 3
WTF mephiles...
added by shadowluvr
Source: IDK WHO
Mephiles the dark: chapter 1: The day my secret and one of Sonic's rival's secret is revealed..
posted by MephadowFan1
Mephile's P.O.V

I finally got friends, I've equality now but why do I feel like trying suicide? I've everything I ever wanted, have friends who like me just the way i am. I ask to nobody, "What is missing in my life?" Sonic came out of nowhere and said, "Maybe you need a girlfriend, but I won't let you live long enough to find that person." I state, "Sonic I have reformed." Sonic says, "As if I would fall for that. You killed me you killed thousands of innocent people, You tried to destroy the world, that kind of bad guy would never reform!!!" I growl, "Shut it!!! You don't know anything, you...
continue reading... 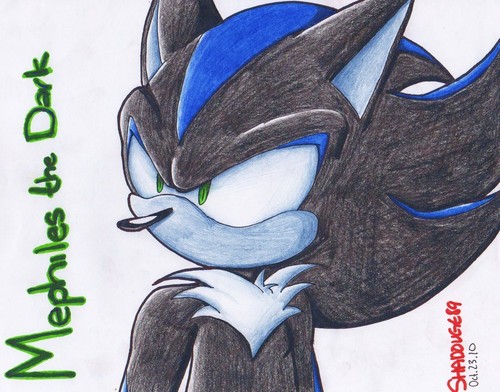 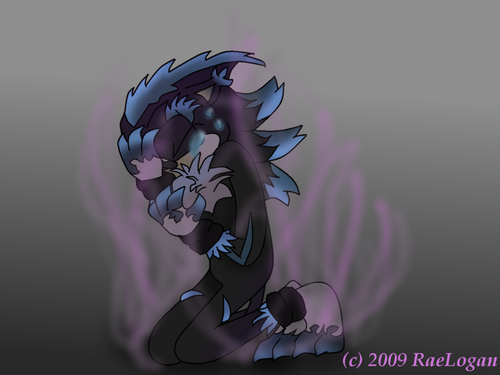 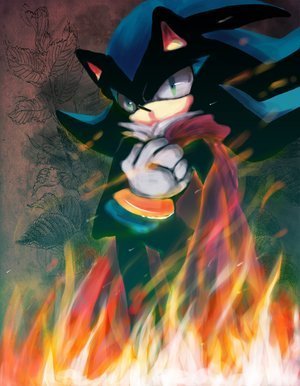 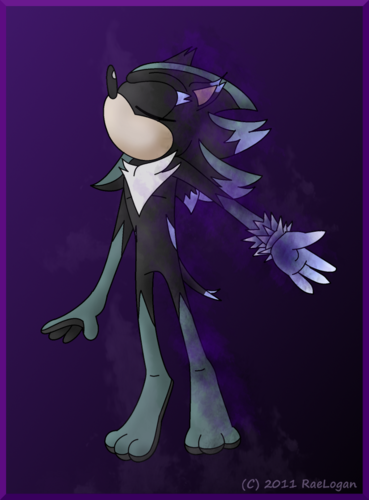 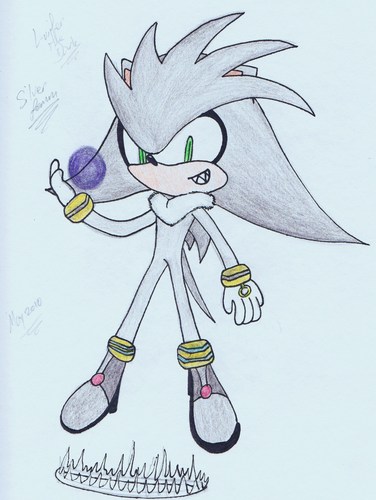 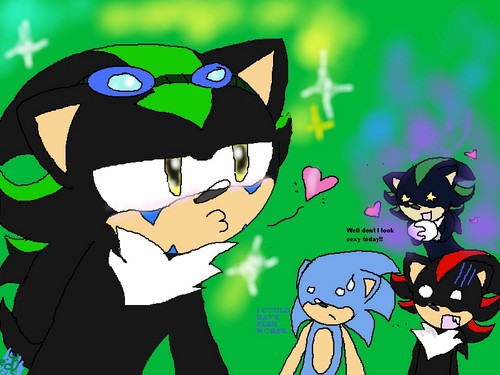 1
lol
added by stacycam
Source: me 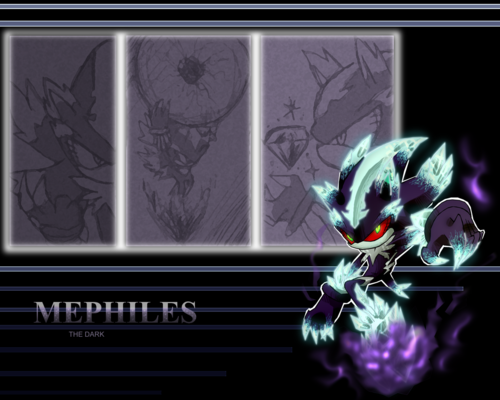