1
EXCLUSIVE: The episodes that never were!!!!!!!!!! Part 2...
posted by no1drwhofan
'Everyone's Asleep': BY GARETH ROBERTS (series 4 notion)
'The Bannerman Road gang wake to find that the rest of the country is asleep apart from them. An alien has knocked out the whole population to execute a bizarre plan. (This later formed the basis of 'The Empty Planet''

'School Trip': BY GARETH ROBERTS (series 4 notion)
'During a school trip, the youngsters find an alien in distress and have to help it without revealing its presence to the rest of their friends. This notion was conceived as a 'Sarah Jane-lite' narrative which would allow Elisabeth Sladen a break in the production.'

'Time Team': BY GARETH ROBERTS' (series 4 notion)
Inspired by the popular Channel 4 archaeology series 'Time Team', an archaelogical dig would lift Sarah Jane's distinctive Nissan Figaro from where it had been burried thousands of years ago.'

'Sarah Jane Goes Back to the Future': BY JOSEPH LIDSTER (series 4 idea)
'As another potential 'Lis-lite' story that could be made with minimal input from Elisabeth Sladen, it was suggested that the youngsters could go back in time to the 1970s to save the lives of Haresh and Gita Chandra and ensure that they got together...This was one of the several ideas proposed by Joseph Lidster on Monday 15th June, 2009.'

UNTITLED: BY PHIL FORD (series 4: episodes 1 and 2 notion)
'The original storyline planned to open the fourth series in a series outline dated Friday 24th July 2009 would set up Luke's departure from Bannerman Road to study at university which would occur in episodes 3 and 4. This story was set at Park Vale Comprehensive and concerned an Aztec priestess who had lived for thousands of years and was now working there as an English teacher. Under this guide, she was searching for something by using her snake monsters to slither through the school corridors late at night. This story was developed to draft script stage by Phil Ford, but was dropped when it was decided to compact Luke's departure into a single story which opened the series. In the scripted version, Rani and Clyde set up a school website covering news stories for Park Vale school; Rani was the journalist and Clyde would be her cameraman. The subject of their first story was to be a strange, beautiful woman who lived in a high rise apartment with her butler. Haresh visited the woman in professional capacity, accompanied by Rani and Clyde. When Clyde aimed his camera at the woman's butler, the man was seen as a lizard-like creature with wings, and later Rani and Clyde were presued by this alien. The woman was a Mayan priestess, a human who centuries ago had been infected by an encounter with aliens. Now she was the guardian of a dimensional portal which she could only open by collecting together a series of crystal skulls which had become lost. When the portal opened, it would allow all manner of aliens to arrive on Earth.'


More from me next time. Until then, no1drwhofan. Xx
Sarahjane2x likes this

Clani in 'The Man Who Never Was'
added by no1drwhofan
Source: Tumblr 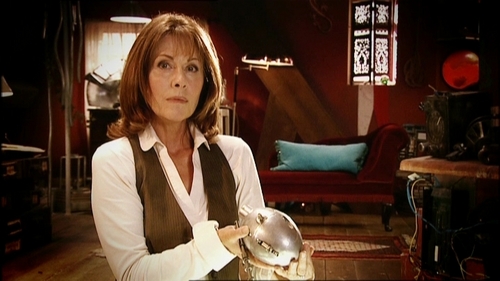 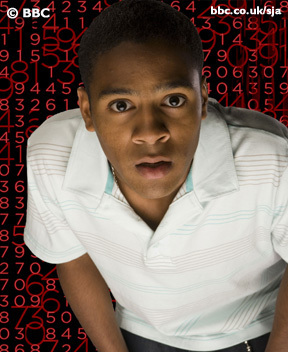 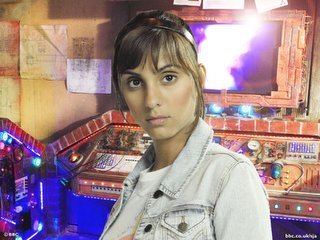