As the Simpsons family prepare their annual spring cleaning, Homer makes a mistake while packaging go-away stuff and believes Snowball was Marge's sisters' old cat lamp, which looks like exactaly like Snowball, and put her unknowingly in the box to be shipped away to the land of abandoned and unuseful objects. However, a airport switcheroo due to economic reasons bring the stuff along with Snowball to Manhattan, New York. When Lisa hears about this, she informs the others about Snowball's disappearance; and on a frantic search, they head to Manhattan to find Snowball before something bad really happens to her.

Due to complicated water plumbling problems at Springfield Elementary, Principal Skinner and Willie are forced to stay to clean up the mess while the kids are given a week off. To the much dismay of Lisa's sadden face and Bart's estatic reaction, Marge goes beserk and realizes that the children need to be educated, and tries to find a way to make a temporary school until Springfield Elementaty is back open. As Homer is giving a week off due Mr. Burns fallen ill and the others working at the Plant are taking the same break, Homer convinces Marge that he can teach the kids at home. Seeing no other ways left, Marge accepts, and Homer is about to learn many ways of homeschooling the kids and the difficulities as well.


"Gallery of the Dolls"

When the family takes a trip to the World's Fair being hosted by Springfield, Marge wins a contest at the famous scupltrtist, Zeke Valden's art exhibit; since winning the contest, Marge now has the oppourtunity to bring her and the others to San Francisco. There they meet Zeke personally at his studio lab where all his famous sculptures are made. When Valden personally tours the Simpsons around his studio, Bart gets lost literally to try to see if Zeke is really this renowned artist. Homer, holding Maggie at the time, sees what Bart is trying to do and tries to stop him. However, when they enter a restricted zone, which is Valden's clay factory, Homer looses grip on Maggie while pursuing Bart; and Maggie then enters a bucket full of clay. Seeing his daughter in trouble, Homer runs in the nick of time before she would have been crushed, yet Maggie leaves a impromptu life-like cast of herself. When Marge, Lisa, and Zeke soon learn what happened, they too discover Maggie's clay cast. Seeing this as a improptu art, Zeke decides to sell Maggie's accidential scuplture of herself as his new masterpiece. As everyone is stunned on what is going on, Zeke decides to make Maggie as his new selling inspriation.


"Homer Works Hard for His Money"

When Homer's latest ploy form not going to work gets him fired from the plant, Homer is left stunned and confused to think where he can find a new job since some new job openings are being taken away one by one except for two...bus driver at Springfield Elementary or a buger flipper at Krusty's; seeing no way to watch children, he takes the position at Krusty's. When a take out comes to a company known as QuamPix is waiting for their food, Homer is the person who brings the food to them, but then he runs into QuamPix's PR officer, Adam Larks (James Van Der Beek), who offers Homer a new job at the firm as Cheif executive assitant to PR officer, seeing no doubts Homer takes it, but has to take a lot of tests before he can take the new job. As Homer tries to enjoy this new turn in life, his past comes back to bite him when QuamPix's co-CEO is Mr. Burns.

Professor Frink has come up with an awesome invention he codenamed: ''BRAINIart". When he tries to show it to other known scientists in a summit of smarts, he got knock down hard and now he feels his world is falling apart. In the meantime, Bart and Lisa travels with their other classmates for a field trip to the summit. When they notice Frink's turmol, they seek out to help. Prof. Frink forgot about testing the invention on mammals and decides to use Bart and Lisa as his first Human testing. When the invention begins, the power of the machine unaware of both Bart and Lisa's knowledge--their brains switch places leaving Bart as Lisa and Lisa as Bart. Their friends, Frink's unknoweldgement, and to their family, Bart and Lisa has to live their current lives in their sibling's body: Bart doesn't know that Lisa is one of the assiastant students and Lisa is unaware Bart has planned with the bullies to tamper with the show.

When a new cellphone comes out from Horizon Wireless, everyone in the town wants to get it, but all are outraged when they discover the price is more than $500 dollars. Mr. Burns fells getting the phone for himself is pleasure all on its own and buys the phone taunting everyone including his employers at the plant. When Homer have enough of this, he advertenly uses Bart's college money and wines up buying the phone putting Marge and Bart to the edge once they discover what he done; As Homer gets obessed with the phone, Bart wanting revenge "borrows" the phone and text insidous remarks to everyone in Springfield and seeing this Homer is no where to go when everyone wants to hurt Homer for the words he texted them--something he didn't do, but Bart wants redemption.

With the house bills plumbing to record amounts, Homer and Marge decides to get part time jobs to compenstate their bills before they loose it; with a lucky shot, Marge gets a huge opportunity as the new weather girl at a local television station as a fellow, obnoxious newscaster eyes a crush on her. Meanwhile, Homer accepts a job as a tv psychic and gets over his head when he gives too much predictions.


"Children of the Horn"

Lisa's talent of playing the trumphet gets her accepted as a finalist in the annual Bi-City Concert Bash and when its reveal Sheblyville Elementary is hosting, Principal Skinner gets jealous when SE's new prinicpal, Agatha Frost (Sarah Jessica Parker), gave a convincing hosting speech while Bart plans to shift control of the bash over to Springfield Elementary. Lisa, however, feels frightful her brother will ruin her chance to peform, but also realize she has a rival, Zeta Bloome (Miley Cyrus), is playing better at trumphet as Lisa does. Meanwhile, Homer tries to take Marge and Maggie to the bash, but gets lost along the way.


"Lady and the Gramps"

Homer and Marge celebrates their anniversary of their first date while the kids are being watched over by Grandpa. Back at home, Bart, Lisa, and Maggie tries to make Grandpa's babysitting job a little hazardous; however, they are soon outfoxed by Grandpa when invited another babysitter, Carrie. Bart likes her, but Lisa realizes the new sitter is forty years older than Bart and Grandpa on the other hand likes her instead. Trying to forgive what they did to him, Bart and Lisa plot a setup date for Grandpa and Carrie the babysitter. Meanwhile, Homer messes up his anniversary date for Marge at a French resturant, and tries to find a way to get around from paying the bill.

When Moe's tavern is being part of a bar attestment test in order to prove that his bar is up to par with the other bar businesses, Moe puts up a sign saying no more free beers and with that upsets Homer, Lennie, Carl, and Barney; because of that, Homer plans a scheme to get the beer no matter what, but a single mistake causes Moe's bar to fail the attestment test. Angry at the fact that Homer was the person responsible for his failure, he bans Homer from ever coming to the bar again. Seeing this as a measure of revenge, Homer decides to sweet talk Mr. Burns into buying Moe's Tavern for himself. But Burns uses this chance and buys Moe's Tavern and renaming it into Mr. Burns' Tavern. Knowing this is one of the greastest messups he ever done, Homer decides to undo his mistakes and insists Moe to help him bring Moe's tavern back.


"Four Headings and A Scoundrel"

Lisa is the object of inspriation when a fame writer, Lucas Star decides to write a life biography on her and her normal life. And when a accident occured with her and Bart, Lucas decides to revert his attention from Lisa's life story to writing about the sibling rivarly between her and her brother. Angry that Bart reuined her best moment, Lisa decides to fight fire with fire and decides to play sib wars with Bart.


"Bart vs. The Board of Education"

After anoter failed test grade and feeling all the smart kids are getting the best efforts for a beter education, Bart decides to protest that the current school system stinks and protests to City Hall to change it. In retailation, Skinner plays stricter rules on others who decides to take on Bart side. Getting unintentionally help from his mom, Bart decides to take this matter to the Supreme Court and decides what is better a new school system or sticking with the old. Meanwhile, Homer helps Bart's protest and decides to protest his job at the Plant.
nikkiluvzu, funky_girl and 7 others like this
SIMPSONS_FAN there ar good stories there maybe i could show them to my uncle 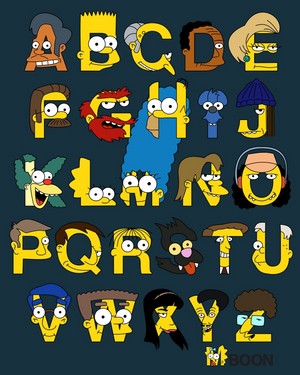 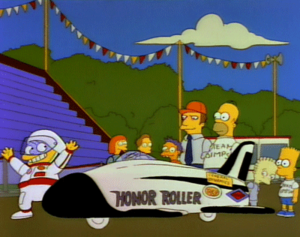 Saturdays of Thunder
added by carol1022 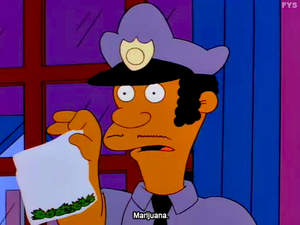 the simpsons
added by MJ_Fan_4Life007 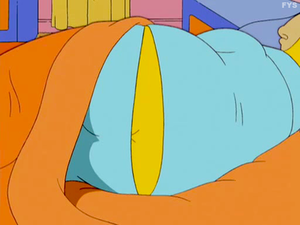 1
The Simpsons
added by australia-101 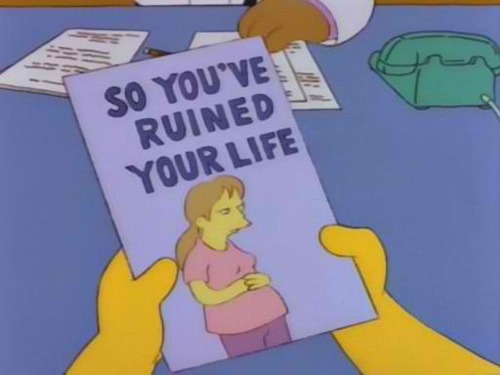 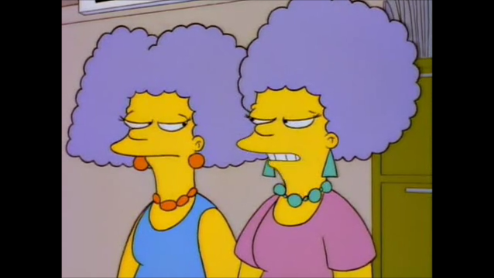 Homer vs. Patti and Selma
added by YoungDelmar45
5
Even More New Simpsons Ideas part 1
posted by triton
I have even more ideas. Hope you like them!

The Kids Are Always Right

When an motivational speaker convinces Principal Skinner and Superintendent Chambers to do a expeirment for the school and allow the parents to let the kids have one week and listen to whatever they want. Some of the parents gets outraged because of it, but Marge feels that no matter what the kids still need the parents. When the week begins, the parents must listen to their kids and do not argue with them. However, when Bart goes overbaord with this experiment, it casues the other kids to go overboard which leads to Marge...
continue reading... 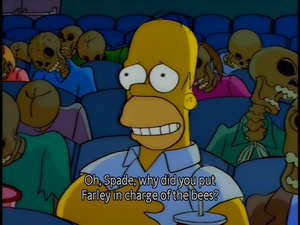 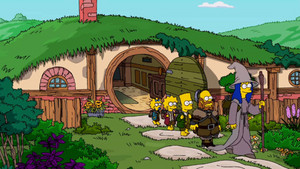 The Simpsons
added by australia-101 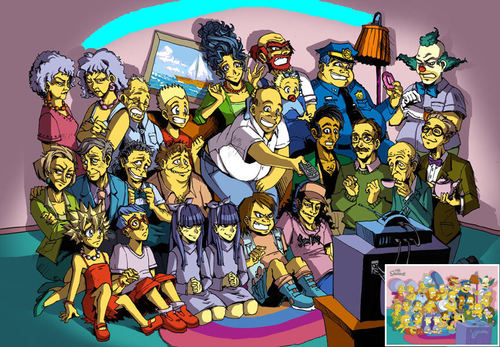 43
The Simpsons magna
added by meeee 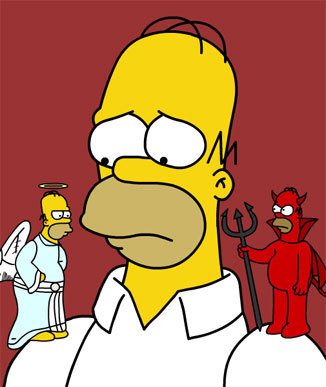 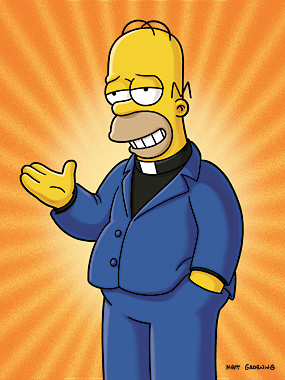 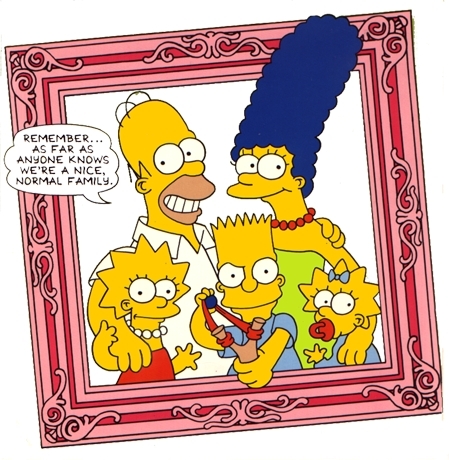 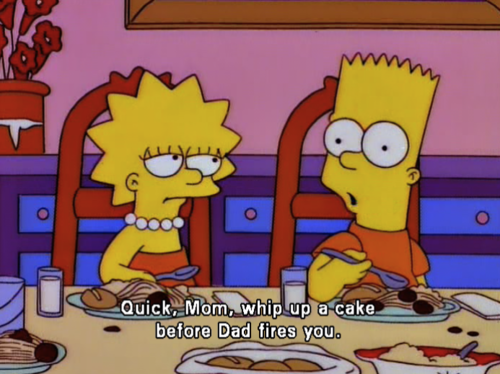 the simpsons
added by australia-101