The Town
posted by independntmnd
This is another movie that I've watched more than once, and, since I'm also interested in movies with lots of action, but with slower moments in between, as well as being interested in movies about Boston, I was curious to go and see the new Ben Affleck movie, The Town. The beginning of the movie, with the first heist, was rather exciting and interesting, but, after the car chase and armored car robbery in the North End, and in the Fenway Park scene, the movie began to go downhill for me, and, the more I think about it, the more that the romance between Doug MacRay and bank manager Claire Keesey didn't sit well with me.

Based on Chuck Hogan's novel Prince of Thieves, this movie is about four young men who are lifelong residents of Boston's Charlestown section, or Townies, as the denizens of the area call themselves. Although Charlestown is a predominantly working-class Irish-Catholic area, it has become more gentrified in the past 20-30 years, and the denizens of the area often refer to the gentry as "Toonies". The four men; Doug MacRay, Albert Magloan (Gloansy), James Caughlin ("Jem"), and Desmond Elden (Dez), pride themselves on robbing banks and armored cars, getting what they want, and coming away clean. However, one sunny day, when they decide to rob a bank in Cambridge's Harvard Square, this bank robbery goes wrong, the attractive woman who's the manager of the bank ends up being forced to open the bank's safe at gun point, taken hostage and blinddfolded by the four men, who've donned all-black outfits and Hallowe'en masks, and an assistant manger ends up being badly beaten and seriously injured, within inches of his life.

"Jem", the most hot-tempered and unstable of the four bank robbers, becomes unnerved, especially when he finds out that Claire Keesey, the attractive bank manager whose bank they robbed and who Doug and his gang abducted, drove around, and ultimately let go unharmed but traumatized, also resides in Charlestown, and would just as soon kill her and throw her into the sea (this was clear when they drove her to a beach, blindfolded, and made her walk towards the water). Knowing what "Jem" is capable of, Doug ultimately takes charge. Curious about what Claire possibly knows, Doug trails her, finds her in a laundermat one day, shortly after she's been interviewed by Special FBI Agent Adam Frawley, and after Claire briefly breaks down crying, comforts her with a little bit of humor. Doug and Claire ultimately fall in love (the captor and captee falling in love..hmm...a bit of the Stockholm Syndrome there..huh), and a romance develops between them, despite Doug's accomplices in crime disapproving of it, especially since Claire happens to be a "Toonie". So does "Jem's" sister, Krista, a drug and alcohol-addicted Townie Prostitute who's also Doug's former girlfriend, and who talks to the FBI afterwards. Because the FBI is in hot pursuit of Doug and his gang, the potential for he and Claire going down a lethal path is very great, so Doug has to see what he can do to survive.

After discovering that he has fallen in love with Claire, Doug decides that he wants to stop robbing banks and armored cars, leave his old neighborhood behind entirely, and to start a new life, and he visits his father, who's in prison (where he ultimately gets killed), at least in part to tell him that. Unfortunately, however, there are conflicts; his partners in crime and Fergus Colm, a Townie florist and Charlestown's crime boss, won't let him. Doug is ultimately pulled into a couple of other heists; A bank in Boston's North End, and another big heist in Boston's Fenway Park. That is Doug's mistake. Both of those heists also go horribly wrong. A guard in the North End is shot and barely survives, and a big shoot-out in Fenway Park occurs, and three of Doug's companions ultimately get gunned down.

Having read the novel Prince of Thieves, on which the movie The Town was based, the endings in the book and in the movie are markedly different from each other. In the movie, Doug ends up leaving a dufflebag full of money, a tangerine and a note for Claire, in her community garden, saying that she could use the money better than he could, and that he'd see her again," on this side or the other", and then escapes on an Amtrak train to Florida to find his mother, who'd left him and his father when Doug was only six years old, and to avoid going back to prison.

In the book and the film, however, Krista, the sister of the hot-tempered, hair-trigger, "Jem", and Doug's former casual lover, ultimately "dimes" him, and he, too, ends up getting gunned down. Here's another difference between the book and the movie, however; In the movie, everybody is supposed to feel for the bad guys, and root for Doug for having eluded the FBI and escaped to Florida. In the book, however, there seems to be a less sympathetic attitude towards Doug and his crew.

Ben Affleck, who stars as Doug MacRay, the leader of the pack, does a wonderful job of directing the film and playing the role assigned to himself, Jeremy Renner does a really bang-up job of playing the part of the hot, hair-trigger tempered and unstable Jem, and Slaine and Owen Burke do well as "Gloansy" and Dez. Blake Lively does a good job as playing the drug/alcohol addled Krista, Chris Cooper does a good job playing Doug's father, a longtime MBTA worker and bank robber, and Jon Hamm does an equally good job at playing Special FBI Agent Adam Frawley. So does Rebecca Hall, in playing Claire, the attractive bank manager who gets taken hostage and falls for Doug's charm, only to have it all backfire all around her, especially since Doug breaks into her Charlestown condo a couple of times to see if she's wearing a wire, and then, ultimately, one rainy day, comes to her house to die after being shot in the neck during a shoot-out with "Fergie" the Florist, who Doug comes back and kills, along with his bodyguard, Rusty, in revenge for having threatened to harm him and kill Claire..

This movie has the potential for being a very good movie, about Charlestown, and about Boston, generally. Unfortunately, however, the overblown scenes in the North End and in Fenway Park were overblown to the point of impossibility; there've never been any big shoot-outs in Boston's North End or in Fenway Park. I believe that these two scenes detracted from the film considerably.

I also believe that the movie and the book both teach an important lesson; that one really can't escape the kind of environment that one has been brought up in, no matter how hard they try. Despite Doug's efforts to escape, he is ultimately pulled back in, at least in the book, and he never gets to Florida, after all.

Yet, both the book and the movie, despite being fiction, are based on certain facts and true events; The novel, Prince of Thieves, is based on a robbery that did actually occur somewhere up in New Hampshire that went wrong, and the movie, The Town, is also based on certain facts; that many, although not all, of the Boston area bank robbers, both amateur and professional have hailed from Boston's Charlestown section, an area that was long known for its notorious "Code of Silence", which was eventually cracked in real life when an ordinary Townie woman whose two sons were killed in a gangland style slaying, came forward and talked, and along with a bunch of other Townie women in similar situations, helped found a group called CHAM "Charlestown After Murders". Certainly not all of the guys in Charlestown are bank robbers or other criminals, or racists, but one has to wonder what it is about that particular environment that has enabled some people to make those kinds of choices. Many of the bank robbers were caught, however, when police blocked off all the various bridges and ramps leading to Charlestown, and are either in prison, or dead.


Sometimes, even in real life, the captor and captee do fall in love with each other, which is known as the Stockholm Syndrome. The Stockholm Syndrome came about years ago, when people who were taken hostage in Stockholm during robberies or whatever did fall in love with their captors, who, after serving ten-year-jail terms, were defended and loved by the people they captured and took hostage, and one even got engaged to her captor. This Syndrome applies to Doug MacRay, when he falls in love with Claire, the attractive bank manager that he and his pals took hostage, and who had no idea who they were, and she fell in love with Doug.

Although The Town is definitely not West Side Story, it was definitely worth viewing, despite the overblown scenes, and too much exploding on the screen, because of its depiction of how the line that separates the good guys from the bad guys has become blurred, especially today. However, with all the differences, there are certain similarities between The Town and West Side Story:


A) In both instances, a love and romance between people of different backgrounds develops amid and despite conflict, between Townies (lifetime Charlestown residents) and "Toonies" (the gentry) (which has subsided considerably).

B) The love and romance between Claire and Doug, after both of them discovered that the feeling between them is mutual, also goes up in smoke, due to circumstances beyond their control. 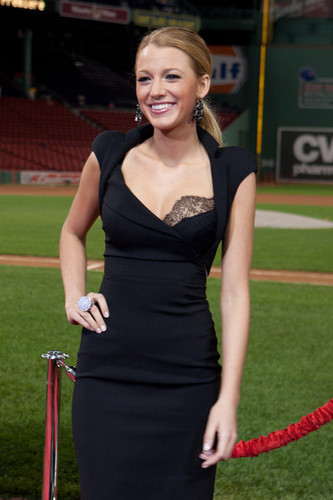 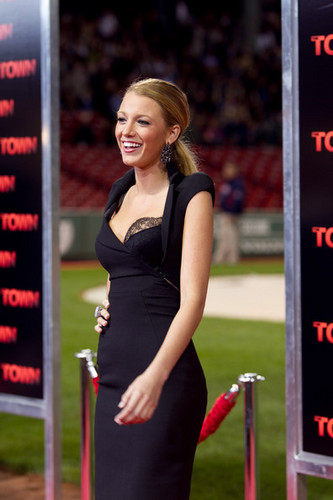 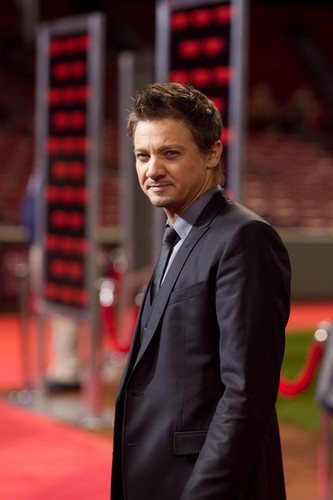 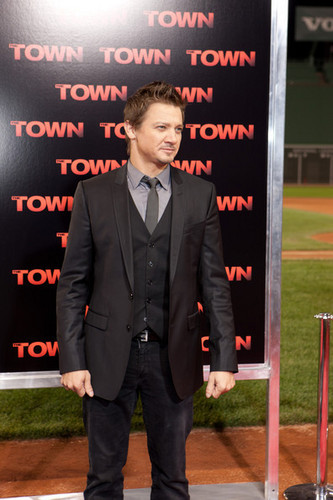 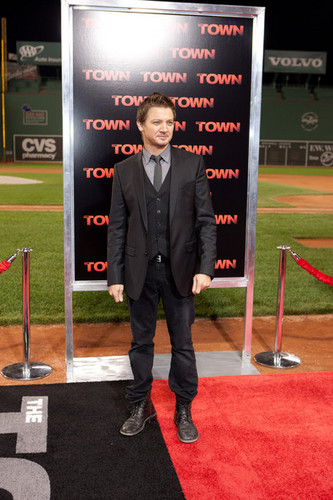 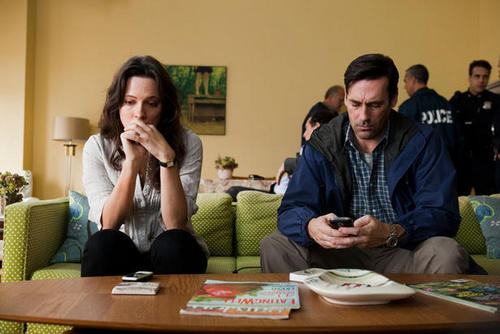 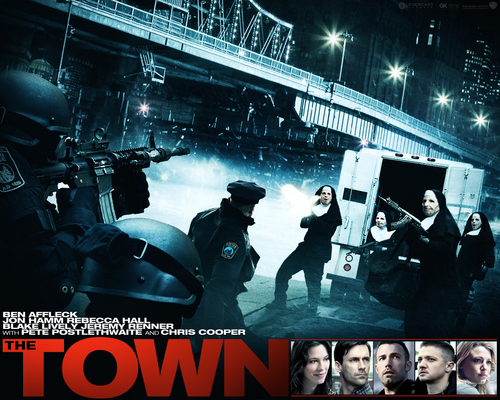 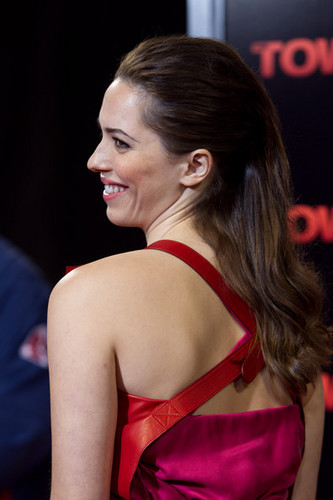 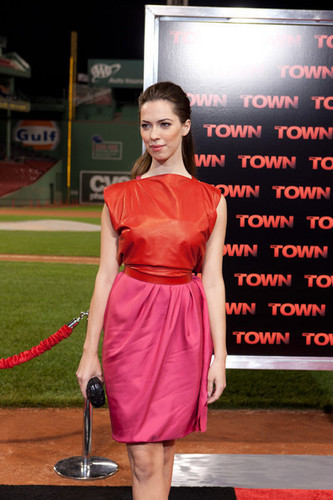 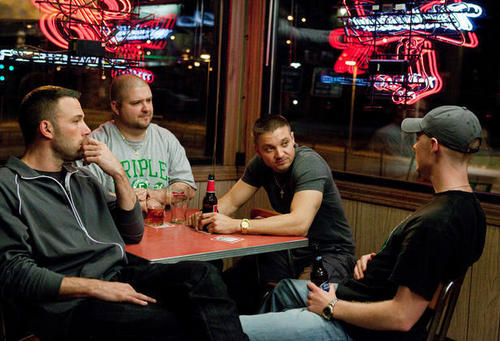 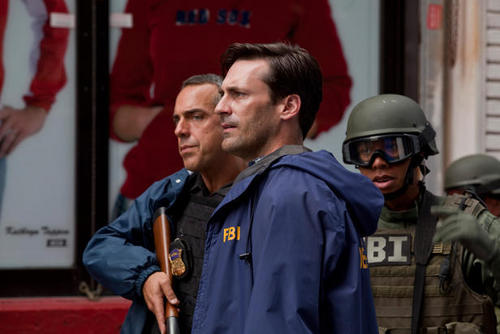 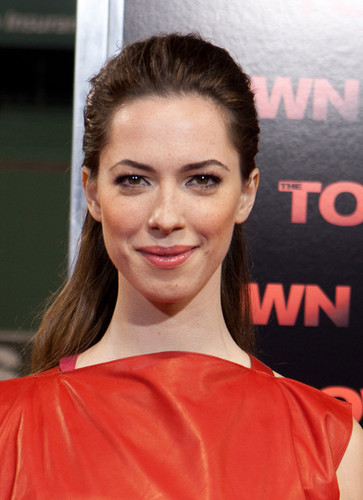 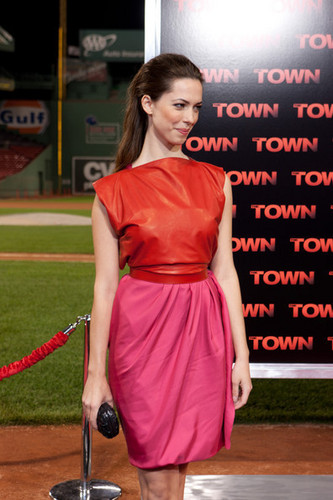 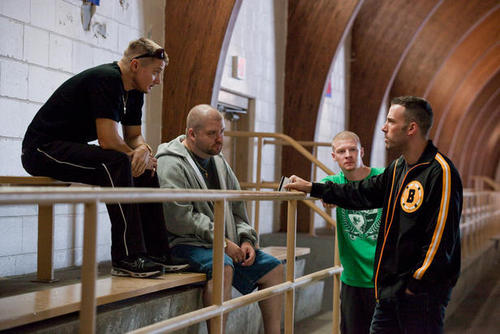 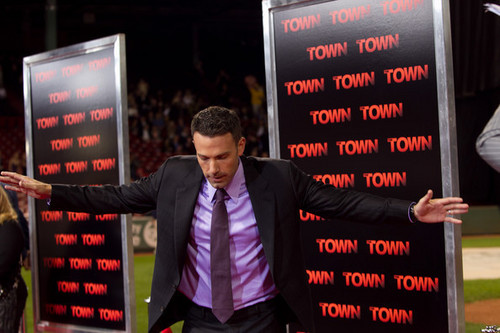 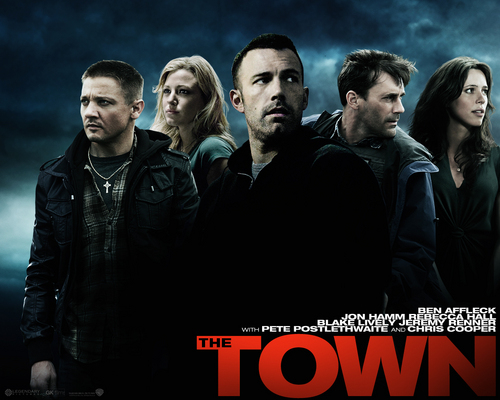 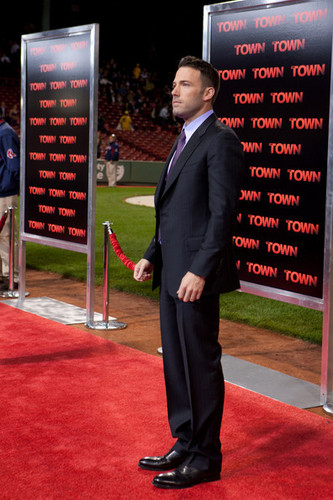 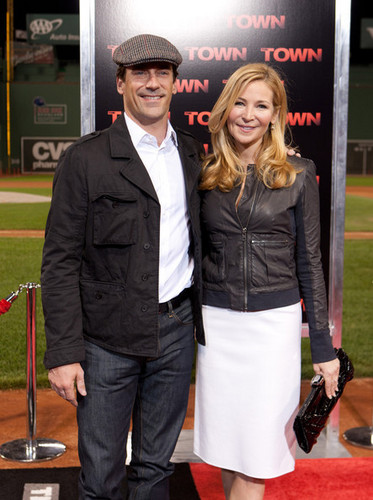 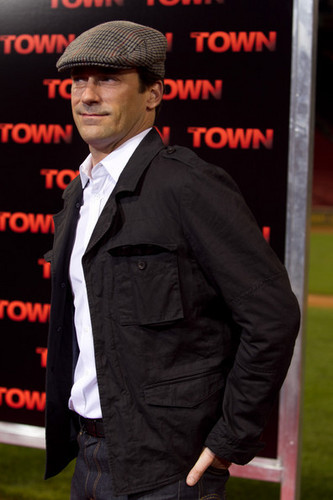