21
You Know You're a Die-Hard Fan of The Vampire Diaries When...
posted by Fanpop
This article was written by Fanpop guest contributor Stacee R.

Society seems to be completely fascinated by the vampire craze. Films, TV shows, books and even plays about vampires have captivated audiences in an extreme way these past couple years. Even with all the vampirey goodness, there’s only one show worth watching, discussing, and living vicariously through. It’s the CW’s The Vampire Diaries. For all you “fang-tastic” fans out there, and you know who you are, here’s a list of a few things that might make you a die-hard Vampire Diaries fan...

1. You consider Mystic Falls, Virginia a home away from home. Although you’re fully aware that this is a fictitious town filled with supernatural life forms, it still feels like you grew up there or at least want to! With sexy vampires roaming the streets it’s no wonder your dream vaca-spot is suddenly Virginia! 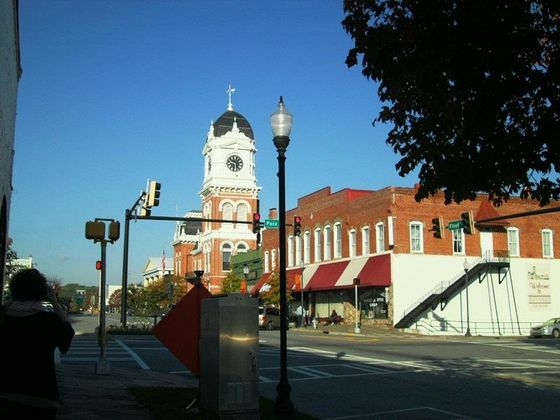 2. You know useless facts about the shows pre-production castings. Like the fact that both James Van Der Beek and Neve Campbell were up for the roles of Alaric Saltzman and Isobel Fleming. No offense guys, but your teen dream and scream days are far behind you. You might want to consider auditioning for a network that caters to viewers your “own age.”

This guy was almost cast as Alaric? Really?

3. Your own love life is turning into a series of love triangles. Whether it’s a vampire thing or just for TV dramas, any and all series involving vampires seem to touch base on these love triangles that drive the show. True Blood did it with Eric, Bill and Sookie; Twilight did it with Bella, Edward and Jacob; and the Vampire Diaries has done it with Elena, Stefan, and Damon. Just make sure you understand that your life isn’t a TV show and love triangles are never as glamorous as they appear on screen! 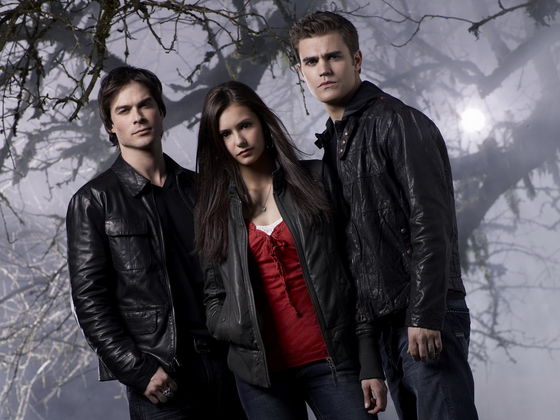 Ain't no story without a triangle.

4. You know the pilot was shot in Vancouver while the rest of the series films in Covington, Georgia. Due to tax incentives, Georgia is cheaper to film than other parts of the country. Covington has become Mystic Falls and although some neighbors complain about the late night shoots, the town is beginning to warm up to the idea, especially once they saw who was on set!

5. You knew a spin-off series was in the works back in 2010 even though it didn’t air until 2013. The Originals is the spin-off series that spun heads. The show takes place in New Orleans and centers around the “Mikealson siblings” who are the world’s “original vampires.” The show was placed on hold when Kevin Williamson had prior commitments to the short-lived series, The Secret Circle. Three main characters from TVD have crossed over and continue to play their roles in the new series. The Originals aired in October 2013.

6. You realize the success of the show is because Kevin Williamson is behind it. Williamson brought Dawson’s Creek to the screen and captivated teen audiences throughout the 90’s. His movies and television shows are always a success and he hit gold with TVD. TVD is the most viewed series currently on the CW. 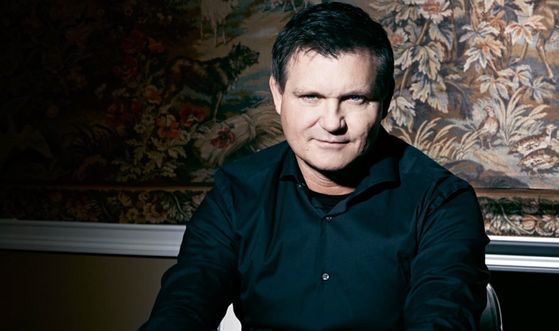 The genius behind the series.

7. You knew that TVD was renewed for a sixth season on February 13, 2014 and the excitement fueled your very existence.

8. Although Damon will always have a place in your heart, after all Elena and his love is the reason you started watching, Stefan is the Salvatore you truly adore! Those hazel eyes, dirty blonde hair, and pouty lips make you cringe at the sight of him. Torrey DeVitto was a fool to let this hunky stud-muffin go! The couple split and filed for divorce in July 2013, good news ladies! 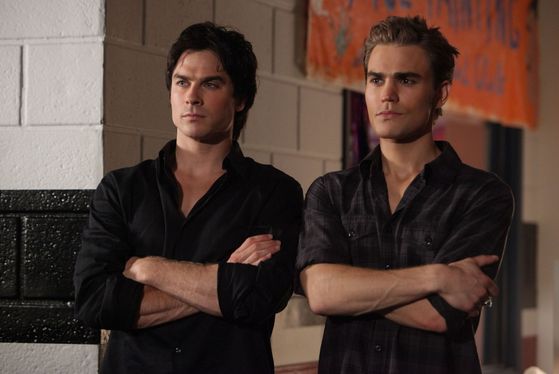 Pick which team you're on.
ct10, xxMelissa123xx and 19 others like this
FlightofFantasy Damon and Elena are most definitely NOT the reason I started watching! Although they might be the reason I quit watching if this nonsense keeps up.
kownacki I agree
DeathChamberz Damons amazing he's close to what an actual vampire with a concious might act
alyssazon Of cos, Stefan & Elena are the reason I'm watching the series..
Alex21ru i love that serios so much
HaleyDewit I do NOT adore Stefan! Does that make me less of a fan of the series now? Oh, and is it necessary to bash Torrey? We don't even know what happened, but there's two people in a marriage. How about, you're a diehard fan when you know every line of the script, when you know which song plays when, when you're in possession of certain objects like Elena's vervain necklace?
DelenaLove201_ I don't care about Stefan actually, and it doesn't make me any less worthy. Big Paul Wesley fan, but they're doing NOTHING interesting with Stefan. He pines, and he whines and he moans. Like a sulky potato.
thisthat12 I don't fit pretty much any condition on this list, and, still, my life is consumed by TVD.
teamklaroline10 kay watch what you say about Stefan and Damon cause if you love Damon so much then I am warning you guys I swear do not watch season 6 and I started watching it cause of stelena 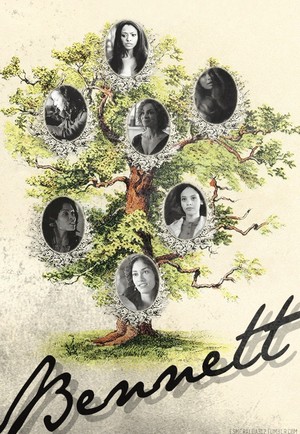 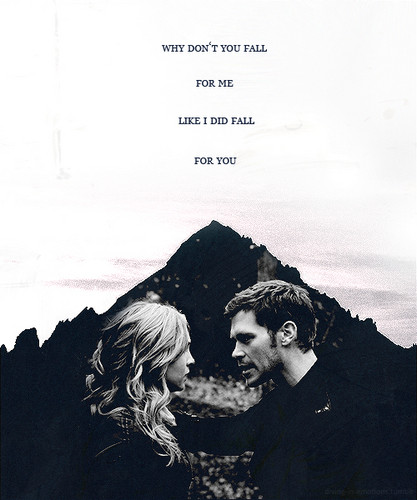 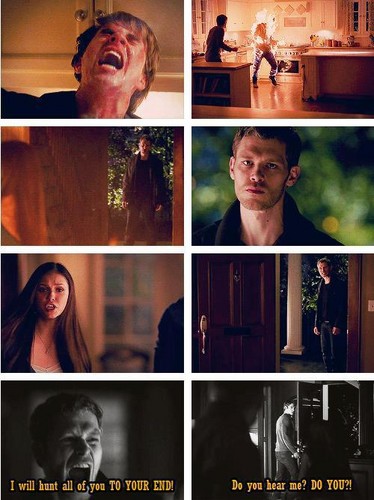 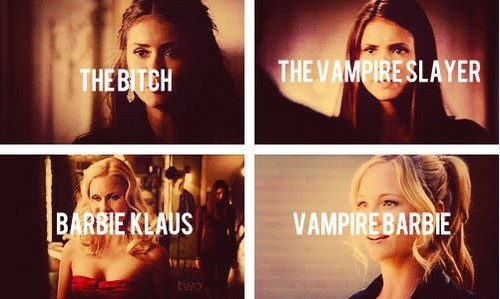 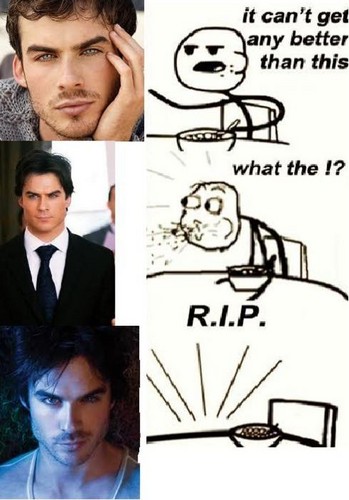 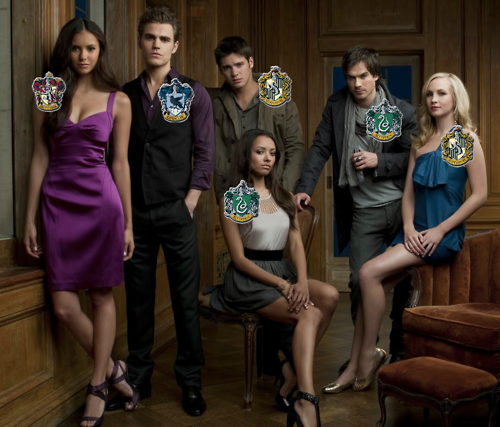 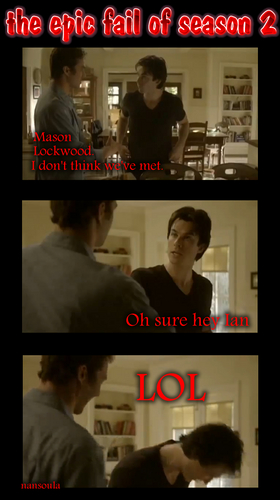 5
the epic fail of season 2
added by nansoula
Source: Me! Nancy Raf.

TVD
added by vampireDella
Source: Made By Me 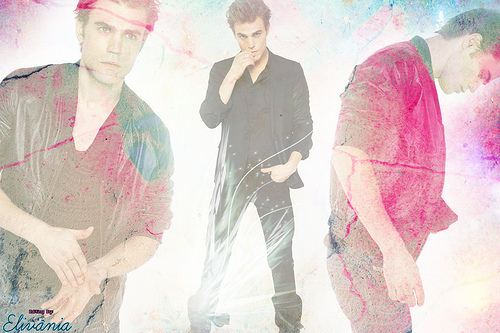 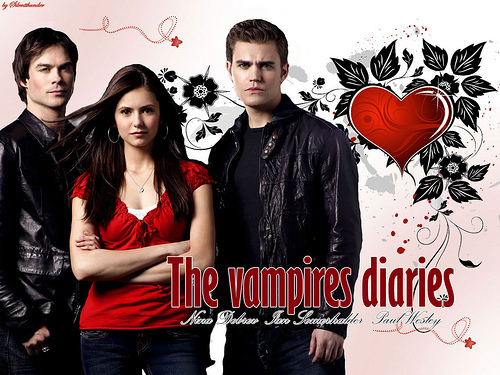 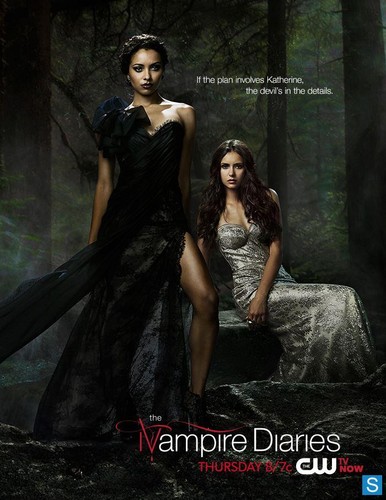 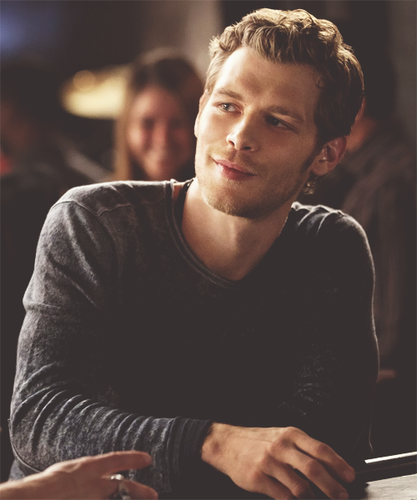 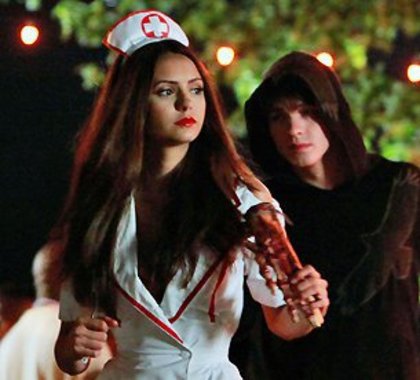 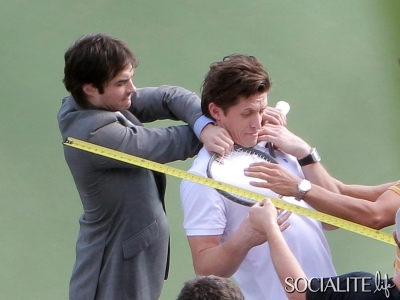