1
Fears Realized
posted by masiki129
Eric drove down the street to Atlanta finally making it to the supposed protected place. He looked in terror as he realized he had been to late twice that day. The whole city was overrun with monsters. He got back into his car and drove away looking depressed. He realized there was no traffic, but still payed attention to the lights, listening to the radio talk about protection in large cities.
Down the road Isabella woke up.
Her stomach growled as the car got faster Eric was trying to get away not from the city, but the world that wouldn't allow him to live a normal life as a father. He drove further from the city without knowing where he was going.
Finally stopping at a gas station, Eric went with Isabella into the liquor store built next to it. They went inside and found that no one was there, but the store was halfway looted. Eric looked around. "Grab everything you want," he told Isabella. He walked down the aisle looking for food. He grabbed every last thing he could carry. Isabella showed up with ice cream and soda. They walked out and got back in their car.
Eric scratched his beard and pushed the pedal for another mile. They found a neighborhood that seemed untouched. Driving down the street, Eric realized most of the cars were gone or just never there. The stopped at a small house and got out of the car. Eric led Isabella to the front door. They were lucky it was unlocked. The house smelled awful. Eric. Went to go find the smells source. He checked rooms until he found the master bedroom. He looked down at a monster eating a body with a gun in it and another body that was already half eaten.
The monster,covered in rotten flesh, looked up at Eric and moved towards him. Eric readied his fist. The monster grabbed onto Eric's right shoulder and tried to bite it, but he uppercut it. Isabella showed up at the door. "I found this." She said softly. Eric quickly grabbed the knife out of her hands. He stabbed the monster right between its eyes, killing it. "Was that a zombie?" Isabella asked. "Yeah." Eric said grabbing the gun from the body's hand
"Let's board this place up."
twdfan123456789 likes this 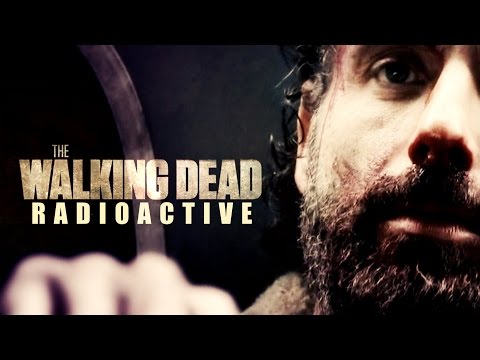 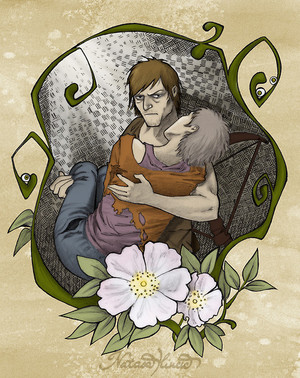 Daryl and Carol
added by Blacklillium 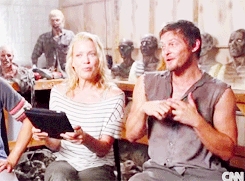 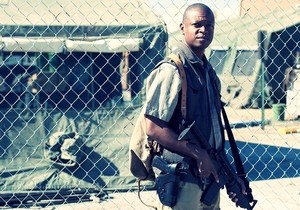 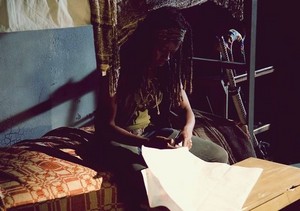 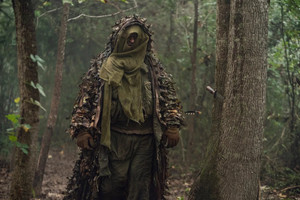 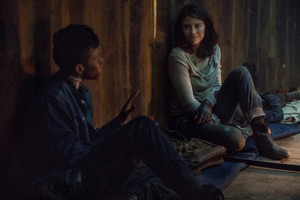 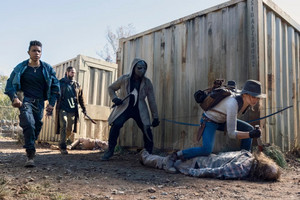 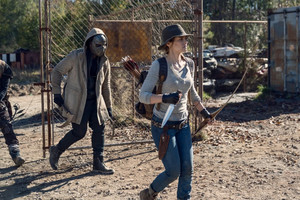 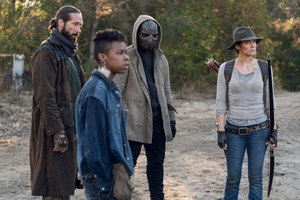 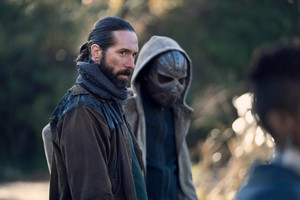 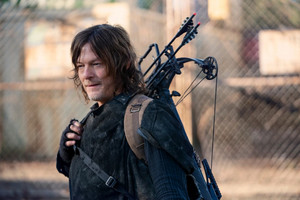 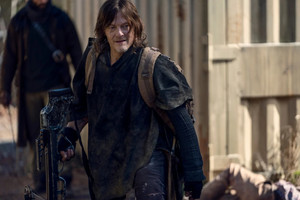 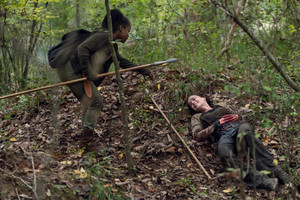 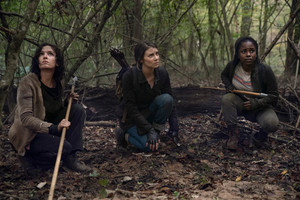 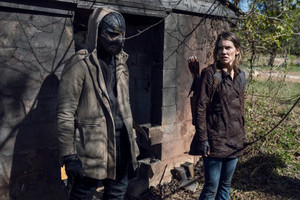 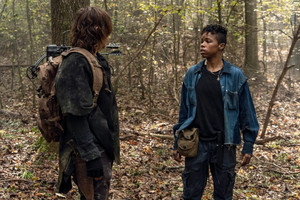