2
Throwback Season 6B Review
posted by Bibi69
I've decided to write a review of every half seasons. And as I have already written a review of the entire series from season one to season 6A, I'll do a throwback and do one of 6B before I do 7A.


The season started back on Valentine's day, which is really ironic given the fact that Rick pretty much chops his girlfriend's arm off. After the shitty cliffhanger of episode 8, at least the payoff of that cliffhanger was great. It did take a really long time, but it payed off.

The death of the entire Anderson family was epic and true to the comics, and y'all know how I love it when they stick to the comics (link). It was brutal, but that's why we love this show. I have to admit I was really happy to see Jessie go, because what a useless character! Also Ron we a little prick, so good riddance. A bit sad about Sam, he was just a little kid after all and I don't think he deserved all the hate he got, but *link* I guess it was his time to go.

The scene with Carl loosing his eye was so amazing! It was really well done and I loved it. Even though I knew it was happening, my heart was still beating very fast. 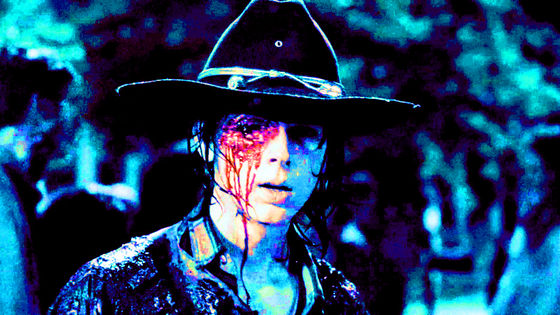 
The introduction of Jesus was perfect, kinda annoyed they changed his last name though, another thing that makes me believe the writers think their audience are idiots. They probably thought that people would assume that by being a Monroe, he would be related to Deanna.... *eye roll*, yeah, because two people can't have the same surname without being related. Alright, enough of my nitpicking lol. I love that they made a little rivalry between him and Daryl, I think it's hilarious and brings to the humor of the show (which lacks a bit in this show).

I know the fandom is pretty divided on that, but I actually do like Rick and Michonne as romantic partners, but, I think it was very poorly done. They could've waited a couple of episodes, Rick had just killed his girlfriend the episode before and now he's suddenly in Michonne's bed. Too fast and bad executed. I know there was like a two-month time skip, but not for the viewers, so it still felt rushed. I didn't enjoy the scene like I thought I would whenever they decided to get together. It just felt weird and out of place. 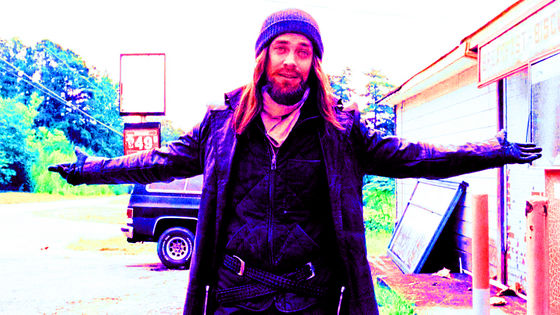 
I liked seeing the Hilltop, but wasn't eager to meet Gregory.... He's an asshole, but we need a couple of characters to hate, otherwise the show would be boring. For the most part, that episode was pretty much a filler imo and the whole thing with Abe and Sasha made me roll my eyes so much that I saw my brain. So random and for only one purpose, which involves Abe's death (to which Sasha isn't even affected by anyways). 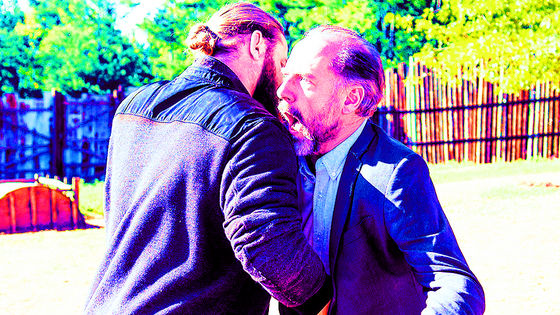 
The twelfth episode was really cool, I loved the gun fights, but I didn't like watching our group killing people sleeping in their beds. Even for the apocalypse, that was cold as ice and Rick was being way too cocky and confident with that plan. I do think they crossed the line by doing that. 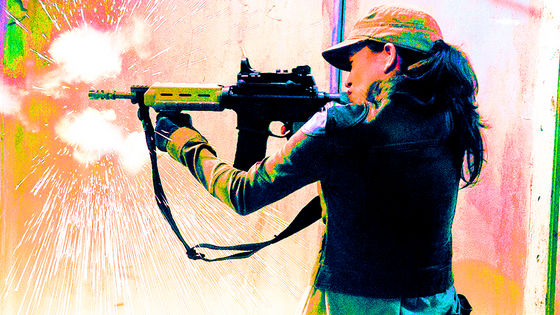 Rosita, 6x12, Not Tomorrow Yet


The Women Power episode was almost a masterpiece. Amazing, emotional, harsh, brutal, action-packed, but not too much. Just the right amount of everything. Perfect episode. This episode showed us another side of Maggie (first time I was actually interested in her character since she appeared on the show) and it helped us understand Carol's inner struggle. It's my favorite episode of this season. 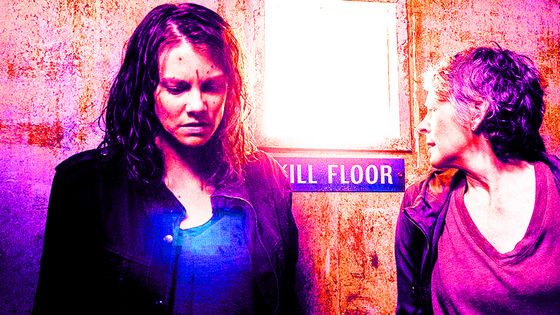 I really loved the Denise episode, except for that unfortunate scene at the end..... I loved how she made huge steps during her journey in that episode and how she overcame her fear and contributed to the group. Her speech was so powerful at the end, it was perfect.... only to get cut short just for shock value. Dammit writers! 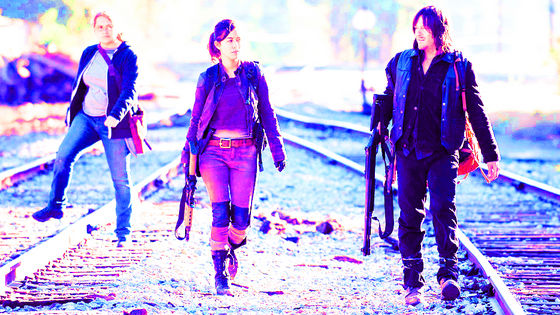 I really didn't like that random thing with Tobin.... that was one of the big wtf moments of this show. It was so random and out of character for Carol, the only thing that could explain it was her still putting on that mask or her trying to actually live and not just survive and it didn't work, so that's why she left, because she couldn't do it. I don't really like the fact that she left, but I kinda understand her point, if she leaves she won't have to watch her family die, but I still want her back with them, that might be selfish on my part though.

I'm both glad and annoyed that Morgan followed her. Glad, because otherwise she would've died and I think he can maybe help her if she let's it happen. And annoyed because she clearly wants to be left alone and he's not respecting her by following her everywhere. I really do have mixed feelings about the whole thing.

It was a really bad move for Daryl to go out on a hunt for Dwight. I get it, he was pissed, Dwight killed one of his friend, but Daryl has the bad habit of acting before thinking and sometimes (well most times) he ends up bringing trouble instead of anything good. 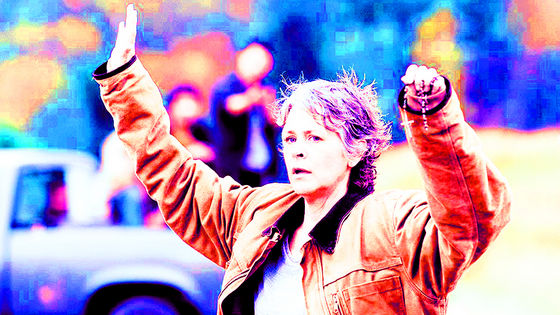 
The finale was awesome, but a bit too long. There's too much of them getting blocked on the road by the Saviors, it was getting old and it lessen the suspense in my opinion. Ok, we get it, they can't get through, just introduce Negan already! Didn't need a 90-minute episode for that, they could've done the same thing with a regular length episode.

The introduction of Negan was simply perfect, and the swear version is even better! I really like Morgan's portrayal of the character. Negan is a complex character and not just any actor could've pulled that of, but Morgan was just perfect. I'm so glad they were able to get that actor.

Now, let's talk about the unspeakable and yes, I'm talking about the bullshit that was that fucking cliffhanger. It was only for shock value and it was so obvious it was Abraham anyways that it didn't serve its purpose and only managed to piss off fans. I hate when they think their audience are a bunch of idiots, because we're not. What they should've done was to kill Abraham in the finale and show it to us and then end the episode right there. Then they still have their big finale, fans have time to grieve Abraham and they still have their cliffhanger, because the scene isn't over and people want to know what will happen next. And then, when the show comes back, it starts with Negan teasing them with a bloody Lucille and Daryl's outburst and Glenn's death and they still have their big death for the premiere, without pissing off their fans.

What happened with what they did was that people aren't giving a shit that Abraham died, all they care about is Glenn. But if they had done the two killings in separate episodes and with 7 months in between, well Abraham wouldn't have been that easily forgotten. 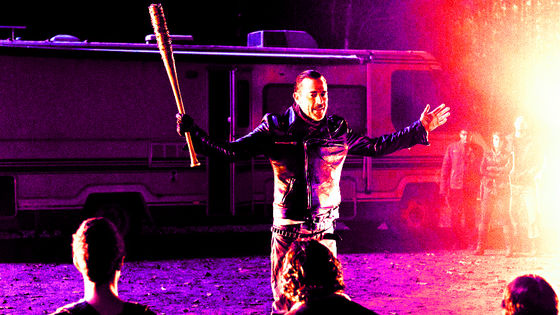 
Overall, I think it was a good half season, better than the first half that's for sure. There was a couple of flaws and fillers, but it wouldn't be The Walking Dead without those now would it?

What did you think of Season 6B?
Let us know!
misanthrope86 and DarkSarcasm like this
DarkSarcasm [url=http://i.imgur.com/zlVv5nj.gif]Who's Abraham?[/url] 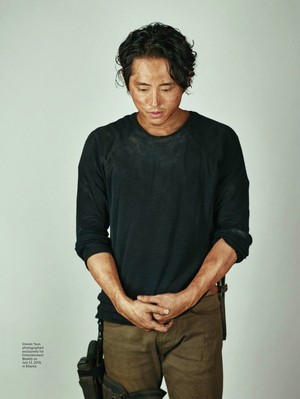 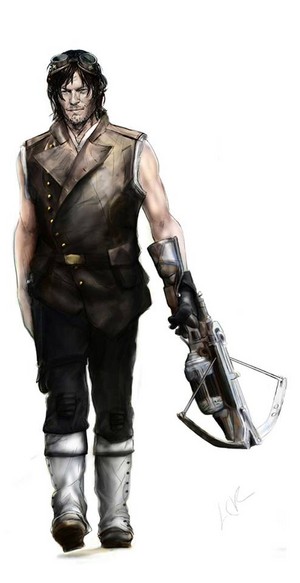 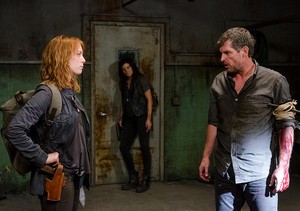 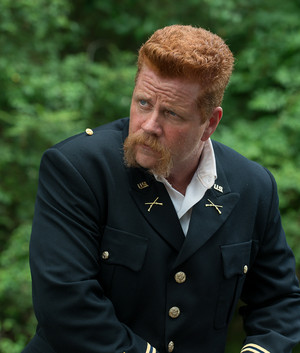 6x09: "No Way Out"
added by Blacklillium
Source: Gene Page/AMC

the walking dead
added by shaneoohmac13 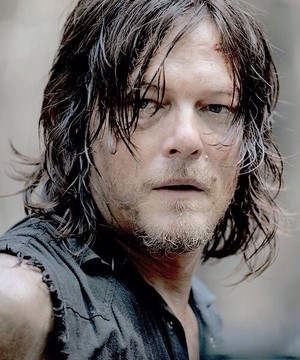 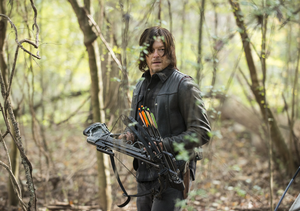 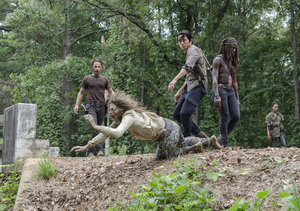 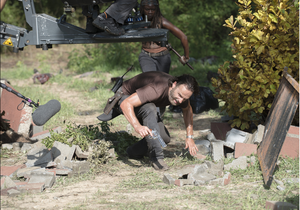 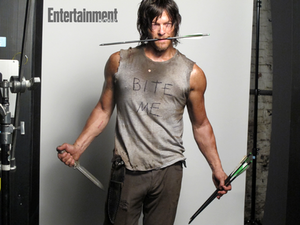 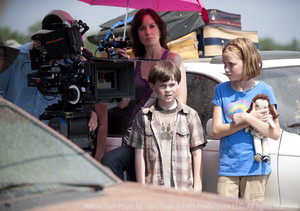 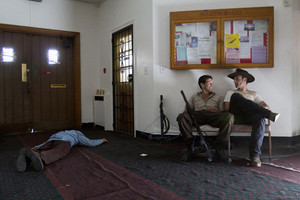 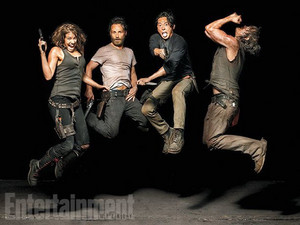 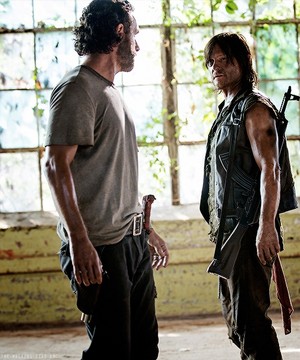 Rick and Daryl
added by bouncybunny3 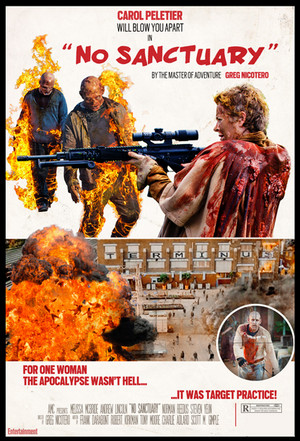 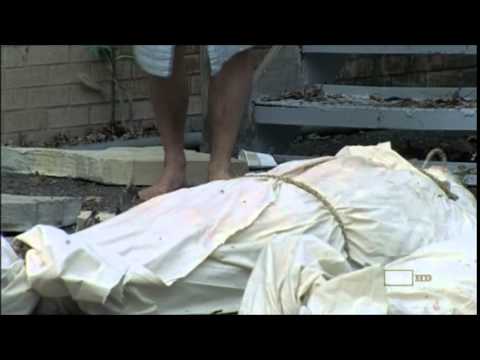 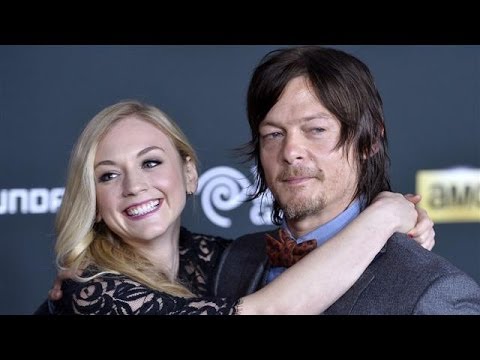 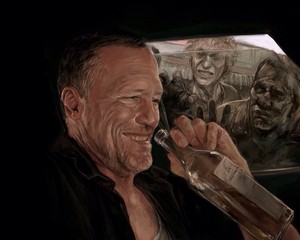