Outside p.o.v
Her fate was still undetermined as more secrets started to unravel. Luckily Stella and Timmy no longer had to worry because they had their slates wiped cleaned. However their ten friends still had to come clean. As everyone sat in the waiting room of the hospital, text messages were sent from an unknown source about telling their secret to wipe the slate clean or their secret will be told for them.
Sky pulled Bloom aside to spill his secret. She busted into tears and was devastated by the news. She told him I think right now we need to take a little break, so I can think things through. He nodded as the two walked back to the waiting room. Once he sat down he received a text that read You’re slate has been wiped clean, but sadly I cannot say that for nine of your friends. He gulped as he put his phone away because he could not believe they all must have some secrets that none knew.
Layla looked at her phone which read tell your secret or a little birdy will for you. She felted her body tense up as her pulse began to race. She managed to pull herself up and walk over to the corner of the room where Nabu sat by himself. She sat next to him and said I have something to confess to you. He nodded before she began. She told him Last summer when you went away on vacation, I kissed Roy and went on a couple of dates with him. I’m so sorry Nabu, I understand if you don’t forgive me. He gave her a hug as she cried and said maybe it’s best if we take a break to reevaluate our feelings and then talk soon. She nodded as she got up to go sit back where she was. When back in her seat, a message came across her phone that read You along with three others have a clean slate; however, eight still have their secrets. What a shame if there secrets are revealed before they can come clean. She closed her phone and sat anxiously as she awaited her best friend’s fate.


Author's Note: Only 6 more chapters and that's with the epilogue included. So thank you to everyone who has read this fan fiction
doomkittycd and XxLalasaysxX like this
XxLalasaysxX No don't end! I really like this story, I'm finally catching up on all the chapter of this and change.
Princess-Flora thanks and I might extend it, but I'm not totally sure yet
3
Betrayal Chapter Twelve: Run
posted by Princess-Flora
link

Flora’s p.o.v
The five of us ran through the forest as fast as we could. I had no idea who the man with the gun could possibly be, but I did know he was out for blood. Once the voice of nature told me we lost him, I looked behind and saw no one. I panicked and I heard sirens accompanying the voice of nature telling me to run. I ran through the snow and the icy air was burning my lungs. As I was running and could hear someone’s heavy breathing, I tripped over a branch hidden by the snow. While I got up, I could only think this is where I was going to die. The snow would turn crimson,...
continue reading... 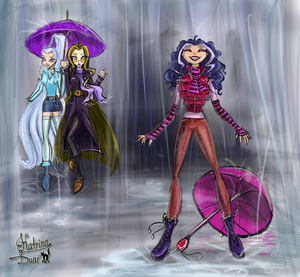 2
good-weather------by-katrinaduar
added by nmdis
Source: devinart
4
Futuristic /Four/ Retreat
posted by XxLalasaysxX
“What is the meaning of this?!” the Queen yelled to the figures standing atop the roof of the castle. They all jumped off and when they were on the ground they removed their hoods.
“You.” The Queen scolded.
“Me.” Flora smiled.
“Why can’t you just accept your consequence of breaking my rule. Sneaking unknown people into your home without my consent is not allowed.” She quickly yelled.
“Too bad the damage has already been done.”
The Queen whistled and within seconds all the guards were outside surrounding them.
“You have one last chance Ms.Cedilla. Surrender and face your consequences...
continue reading...
2
Betrayal Chapter 11
posted by Princess-Flora
link


No p.o.v
It was almost winter because all of Magix had been covered in an unexpected layer of ice, and all of the realm’s nature was slowly wilting as the ice froze off any life source. It had been weeks since Helia saw her, and at this point he was starting to believe that she was a person created by his own imagination; however, he thought this sounded crazy yet he learned to expect the unknown. For Stella she left her window upstairs open while she sat there waiting for a visit, but nothing happened at the days passed by. Now for the others the unknown became all they ever known because...
continue reading...
2
Futuristic /three/ No mistakes
posted by XxLalasaysxX
Musa and Tecna quickly flew to the sliding glass doors. Making sure to keep their legs up to avoid being grabbed or spit on them.
“Musa, cover me.” Tecna instructed while starting to work on closing the door.
“On it.” Musa responded while summoning a shield.
Flora was still shooting the beetles with her arrows until she reached her hand back to grab another arrow and realized she didn’t have anymore.
“No.” She said. She turned to go run up the stairs but one of the beetles quickly pulled her down on her back. The beetles were getting ready to spit on her but she quickly pulled her...
continue reading...
5
Meeka's Take#7: Lovix
posted by XxLalasaysxX
Habbadahoobada how’s it going winxies? Sad! Why is that? If it’s because you were looking for Meeka’s Take on Lovix (Suggested by SummerThunder) turn that frown, upside down! 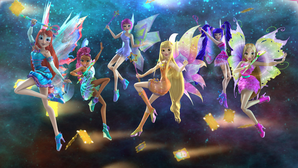 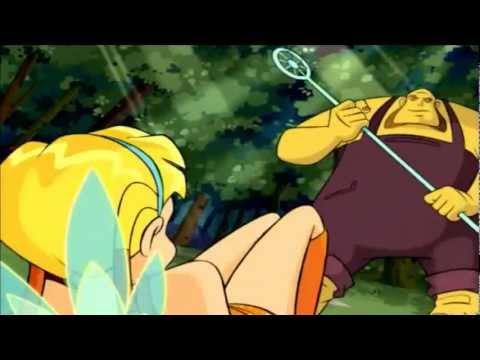 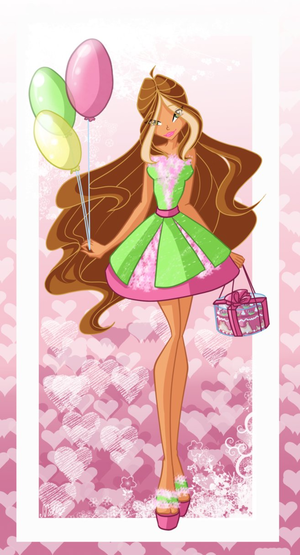 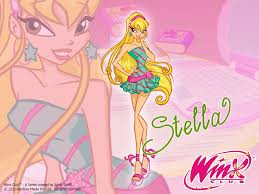 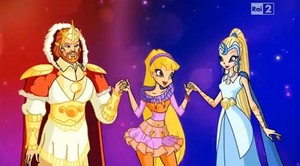 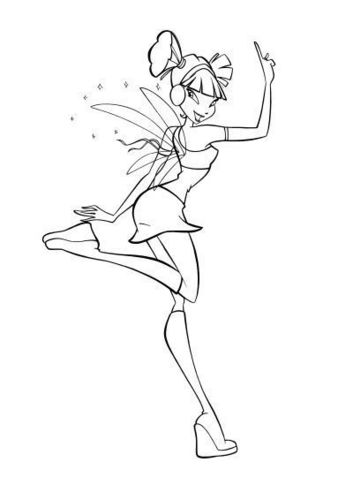 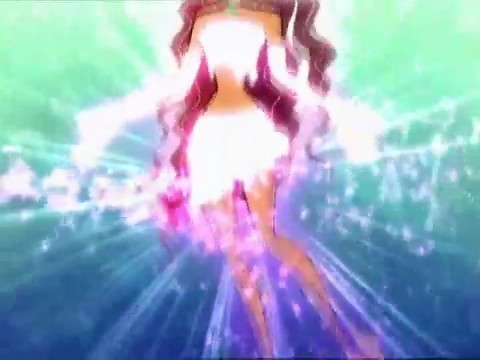