2
My favourite film of 1994
posted by LisaForde 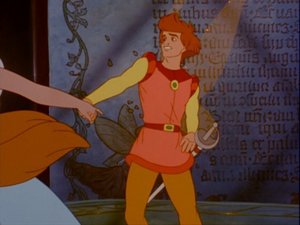 The movie tells the story of a woman who longs to have a child of her own. One day a nice witch gave her a plant and inside the plant was a minatured woman named Thubelina.Thumbelina spends time with her mother's farm animals, but is worried that there is no one around of her own size. ("Thumbelina") One night her mother tells her a story about fairies. After being put to bed, Thumbelina imagines that someday she'll be able to find someone to love. ("Soon") As she is humming to herself, Prince Cornelius of the Fairies (Gary Imhoff) flies by her windowsill and is enchanted by her. The two take a ride on Cornelius' Bumble Bee, during which they fall in love. ("Let Me Be Your Wings") During this ride, a toad named Grundel (Joe Lynch) sees Thumbelina and declares to his mother Mrs. Toad (Charo) that he loves her.

Cornelius returns Thumbelina to her windowsill and promises to come back the next day to meet her mother. After he leaves, Thumbelina goes to sleep in her walnut bed, and is kidnapped by Mrs. Toad. When Thumbelina awakes the next morning, she is on a lily-pad far away from home. Mrs. Toad declares that Thumbelina will join their family singing troupe "Singers de Espana". ("On the Road") Thumbelina will also marry Grundel, and the group leaves her alone on the lily-pad to fetch the priest, despite her protests.

Thumbelina's cries for help are heard by Jacquimo, who helps her free of the lily-pad and encourages her to follow her heart and find her way home to her mother. ("Follow Your Heart") Jacquimo himself promises to find Cornelius, who lives in the Vale of the Fairies. Meanwhile, Cornelius has learned of Thumbelina's kidnapping and is out searching for her.

Thumbelina almost reaches home, but she is waylaid by Berkeley Beetle (Gilbert Gottfried) who wants her to join his act at the Beetle Ball. Thumbelina is forced to perform at the Beetle Ball, but at the end is kicked out for being "too ugly". ("Yer Beautiful Baby") Grundel, who is also searching for Thumbelina, tracks down Beetle and forces him to help find Thumbelina.

Searching for the Vale of the Fairies, Jacquimo seeks help from a fleeing rabbit and its pursuerer, a fox. The fox angrily shoves him out of the way and a strong gust of wind blows the swallow into a tree, driving a thorn through his wing. When the cold winter frost arrives, he becomes too weak to fly to the point that he loses consciousness and falls to the ground. The falling snow also causes Cornelius to fall from his Bumble into a pond, where he is frozen in ice. Beetle finds Cornelius and cuts out a block of ice in which the Fairy Prince is trapped to bring to Grundel.

Elsewhere, Thumbelina's mother can only wait at home and hope for the best. ("Soon (reprise)")

Thumbelina sneaks out of Miss Fieldmouse's home to visit Jacquimo. He wakes, and Thumbelina removes the thorn from his wing. Before she can explain that Cornelius is "dead", Jacquimo flies off, still determined to find the Vale of the Fairies.

The wedding ceremony begins, but as Thumbelina is prompted by the minister, she begins to remember Cornelius and what being with someone she loved meant to her, and responds that she cannot marry Mr. Mole. She runs away, but is pursued by Grundel and Beetle, who have discovered the underground lair, along with the entire crowd. Just in time, Cornelius and the jitterbugs arrive to stand in their way, and Cornelius engages the evil Grundel in a battle. Although his efforts stall the crowd long enough to secure Thumbelina's escape, the battle culminates in both he and Grundel falling into a bottomless pit. Thumbelina manages to cause a mountain of jewelry to slide toward her pursuers, frightening them away, and she escapes to the surface, where she is found by Jacquimo, who says that he has found the Vale of the Fairies. They fly there, and after Thumbelina sings ("Let Me Be Your Wings (finale)") the ice thaws and Cornelius, who survived the fall, appears to be reunited with his love. Cornelius proposes, Thumbelina accepts, the pair kiss and wings sprout from Thumbelina's back. The wedding is celebrated with Thumbelina's mother and Cornelius' family in attendance.

Screenshots during the credits reveal that Beetle resumed his normal, popstar life; Grundel survived the fall with a broken leg and ultimately married a female toad; the rabbit and fox Jacquimo tried to ask for help ultimately found friendship; and Mr. Mole married Miss Fieldmouse.

This film is a cute loving animated tale that you can watch over and over.

I'll give it an outstanding 9/10. Great music, great plot 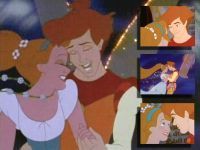 Movies we love
fishypup and DifferentFree like this
Nate-Dawg921 Ms. Fieldmouse is definately THE sexiest female character in this movie. 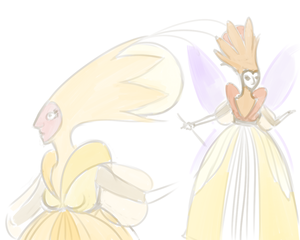 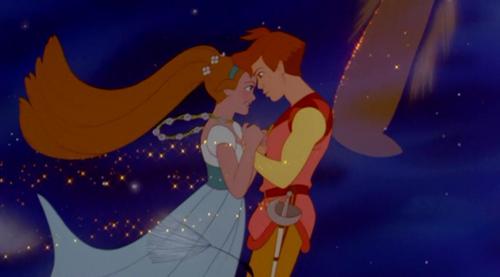 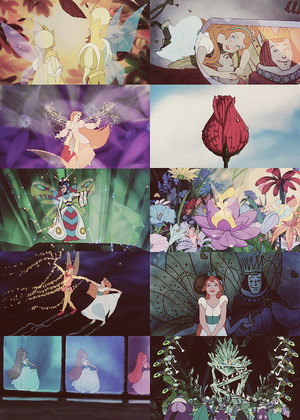 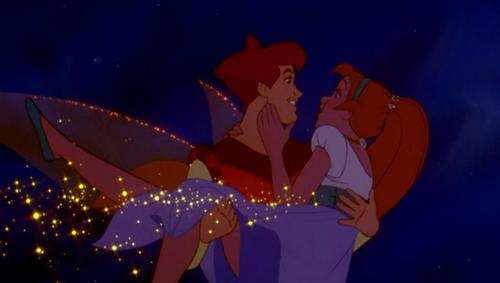 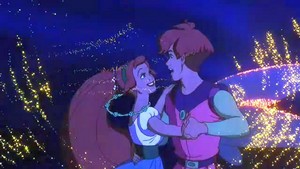 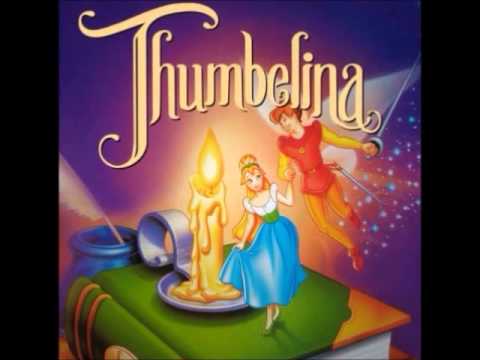 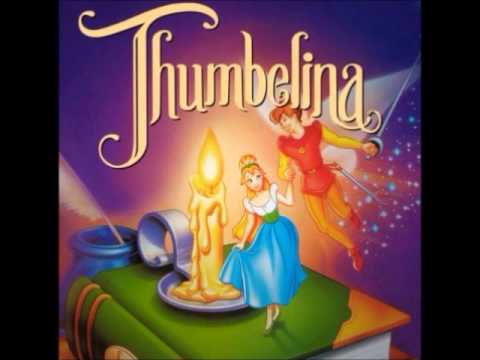 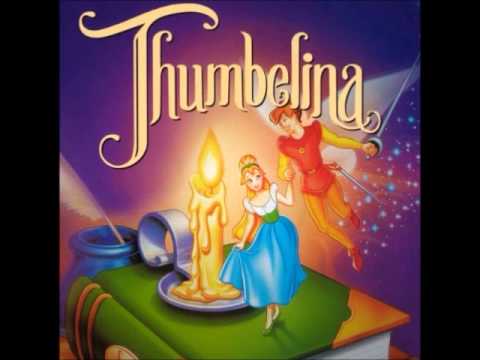 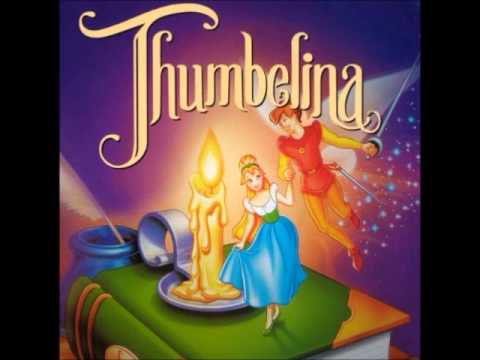 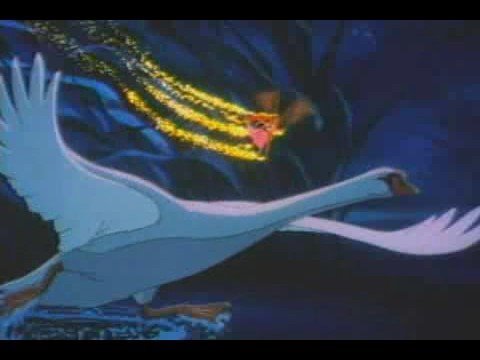 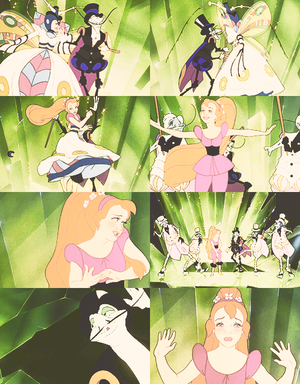 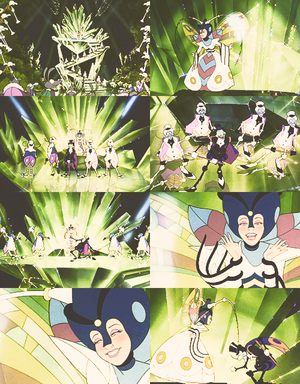 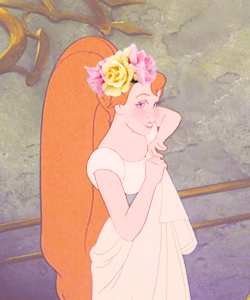 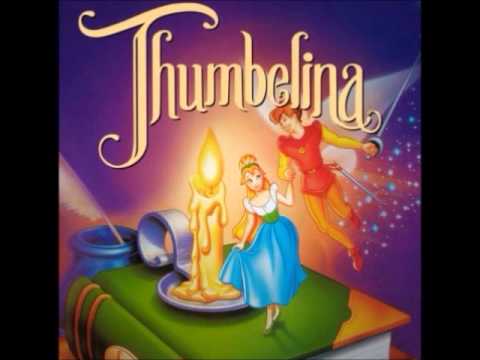 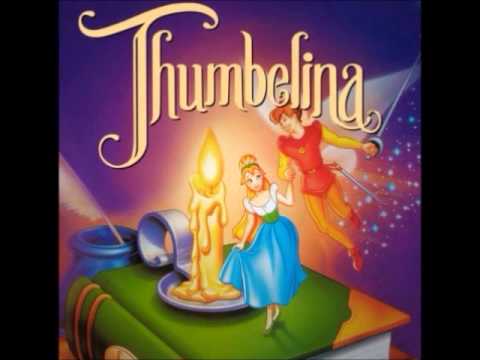