4
Seven Secrets of the Dark Shadows Trailer
posted by johnnydlover 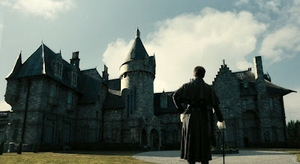 Found this @ link
The Dark Shadows movie trailer was released earlier this week, as the promotional campaign for the new feature film begins in earnest. With nearly 150 shots in two minutes there's a lot to take in, so here's our rundown of seven hidden details you might have missed...

1. Home Sweet Home
Longtime Dark Shadows fans won't have missed the influence of original Collinwood location Seaview Terrace on the design of the big screen mansion. The new Collinwood combines elements of both the front and back views of the television location, including subtle architectural details such as the three diagonally-placed windows on the tower, and the distinctive curved windows on the first floor.


2. Streets Ahead
One of the most elaborate sets built for the film is the downtown Collinsport street, constructed on the backlot of Pinewood Studios. Among the local businesses on display are a Shell gas station, Larry's Pizza, and a cinema showing A Clockwock Orange and Deliverance. The latter was released at the end of July 1972 and tells the fish-out-of-water tale of four businessmen adrift in a rural setting – doubtless Johnny Depp's Barnabas would sympathise with their dilemma. And on the right hand corner is a sign reading "Bar". Could this be the Blue Whale?


3. Rise and Shine
Barnabas rising vertically from his coffin is a visual nod to the granddaddy of vampire films – the classic 1922 German silent masterpiece Nosferatu. The square casket, with its sloping lid also bears a subtle resemblance to the distinctive coffin Barnabas slept in on the original series.


4. Breakfast Time
Eagle-eyed viewers will have noticed that Elizabeth's morning journal of choice is still the trusty Collinsport Star, the local newspaper that appeared throughout the original show. And for those yearning for breakfast foods of yesteryear, Mrs. Johnson has some Chex cereal and a bottle of Mrs. Butterworth's syrup on offer.


5. Angelique Means Business
When the Collins family arrive to open their cannery, we get a glimpse of Angelique's rival operation, Angel Bay Seafood in the background, with the factory decked out in her signature red colour. The logo can also be seen, featuring a flip-haired caricature of Angelique with angel wings. The factory interior seen is also from Angel Bay, with the signage on display and her red convertible tucked away in the background.


6. Party Time
In a real blink-and-you'll-miss it moment – cameoing rocker Alice Cooper can be seen in the centre of the frame, performing at the Collinwood party. Dark Shadows viewers may also notice the carved figures either side of him, which are reminiscent of those on the grandfather clock that stood in the foyer on the original 1960s set.


7. Portrait of a Lady
And finally, when Angelique addresses her board members, look out for the portraits of her on the wall – each painted in a different style, capturing her at various points during her 200-year lifetime. 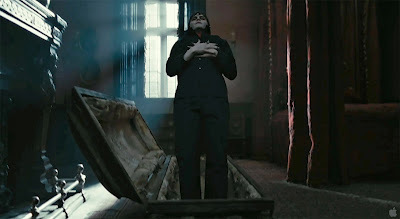 _Black_Angel_, Maria1307 and 2 others like this
MoonNimbus15612 I love it how Barnabus (Depp) is so amazed by everything modern: the McDonalds sign, no more balls, even cars! This movie really has got evrything in it; Johnny Depp, Helena Bonham Carter, Witches, Ghosts, Vampires, and WEREWOLVES!!!!!!!!!!!!!!!!!!!!!! 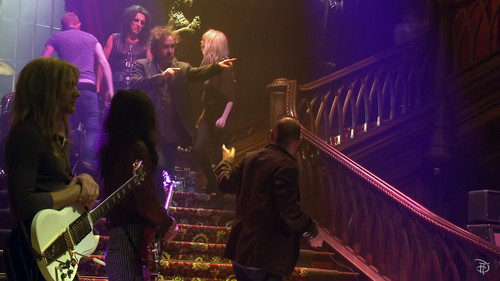 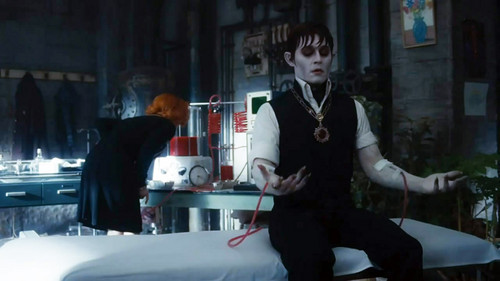 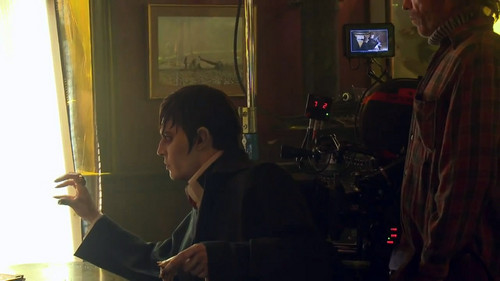 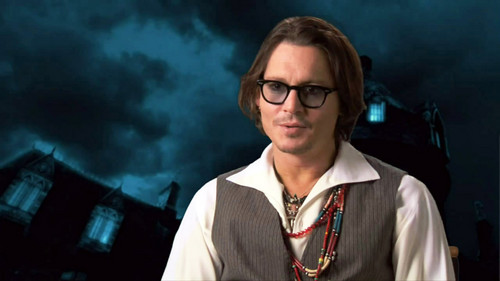 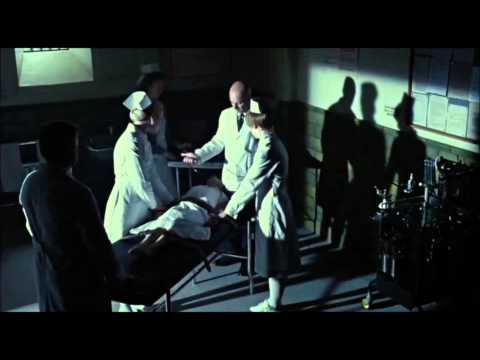 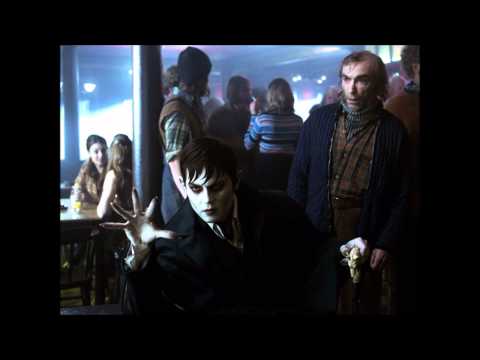 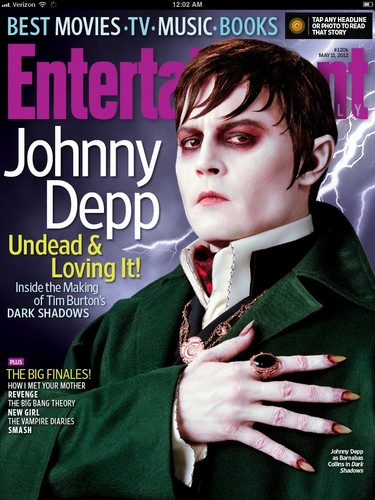 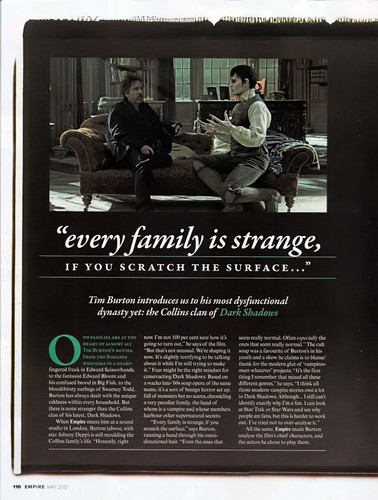 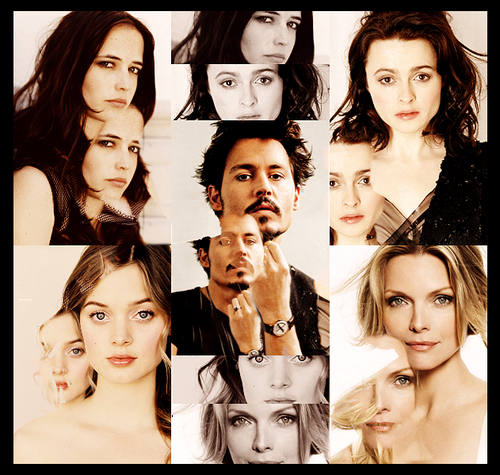 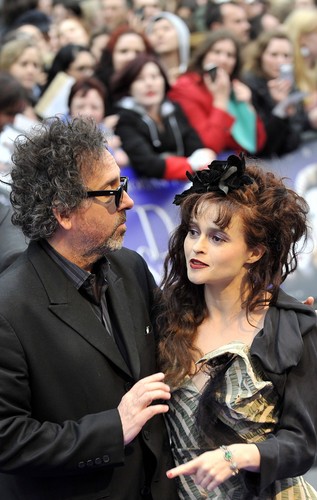 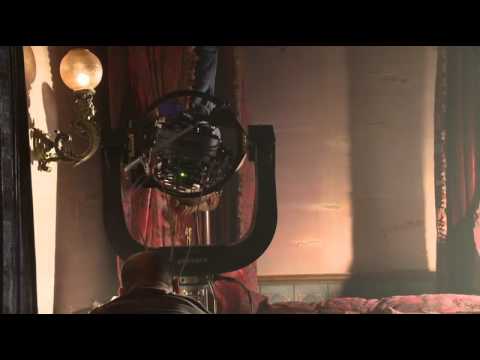 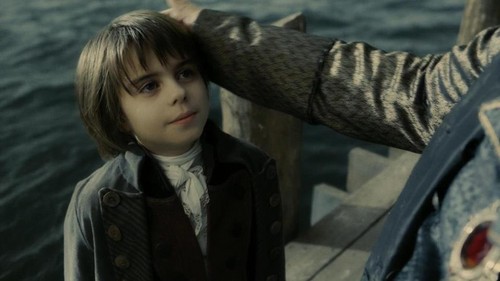 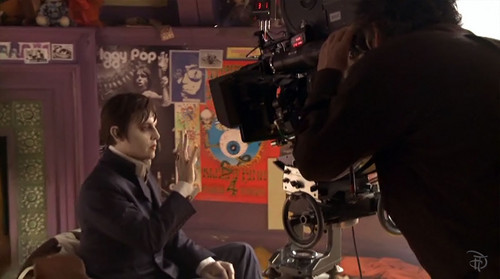 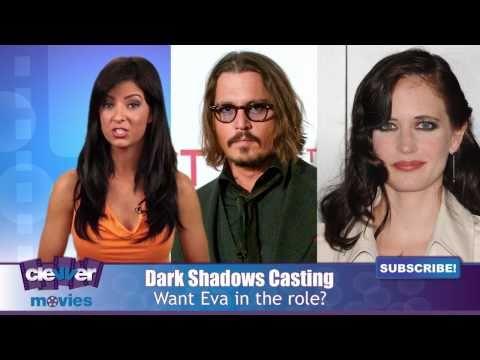 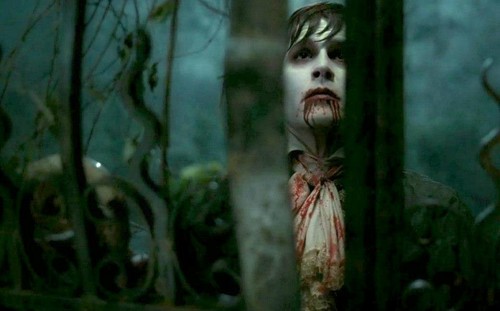 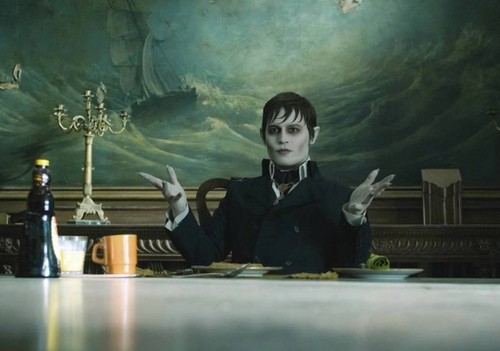 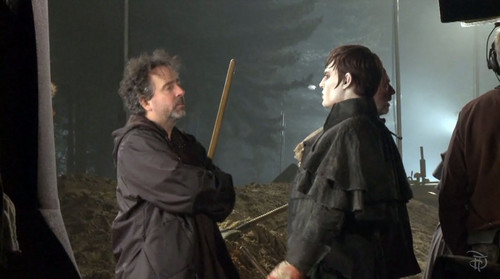 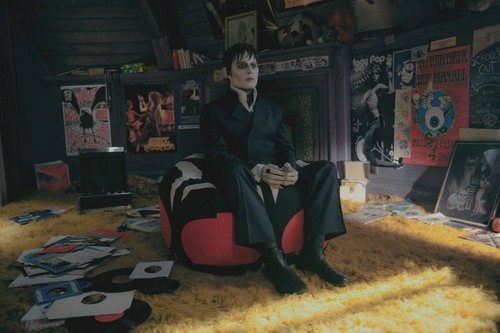