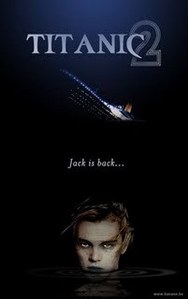 Hey guys! Remember the Titanic movie of 1997? A young couple in love, a sinking boat, and lots of people dying. About what happened for real in 1912. Except for the love story part.

A movie big a huge budget, that won lots of prizes. But now, what you are about to read might surprise you. It seems that there might be a sequel to the Titanic movie! OK, I know what you’re gonna say “WHAT? You just wrote that the boat drowned and that everybody died”!! I know I just wrote this , but I am not the one deciding what movies are going to be produced!

All i come to know by seeing the movie trailer is that the story is an imagination this time! In this sequel of titanic jack becomes alive! When they were searching in the sea they found the dead body of jack! and jack was brought and some operations were done on him! the shocking thing is that his body didnt get decompose! i think that cuz of ice and cold sea water something scientific thing happens in his body that he was saved! his age was a lot more! and as he was diffrent from all the other humans, police put him into jail! and jack runaway! in search of rose! but rose was dead!
thats all i know! see thats the link to that trailer------------>>>>


but still i am not sure that this movie is really getting relased! ammm....i think its fake! many video clips are put together to make this fake trailer! cuz in the trailer when they say "he is a human being" and than that army man say "but he is something special" as i think that scene is frm movie the hulk!!! i think! not totally believe! lets see! what will happen!!!!!
BUT I THINK 95 PERCENT THATS ITS A FAKE!!!
firelover86, DannielleKiaus and 28 others like this
END_OF_DOCUMENT_TOKEN_TO_BE_REPLACED
loading additional comments...
emtitanic same here i was born in 1998 when it was out at the movies and i loved it when i sore it in 2003 it was the best i whtch it every saturday!but it look sad when jack found out that Rose is dead (titanic 2 add)i think a second titanic movie would be a hit! i know i will be first to see it! peace out Emily Grant!!!!
MB_LOVE THE MOVIE IS A FAKE AINT NO WAY JACK CAN COME BACK TO LIFE HE FROZE TO DEATH IN THE WATER AN ROSE LET HIM GO HE WENT INTO THE WATER AN DIDNT COME BACK PPL CAN B STUPID TO BELIEVE THT HE DEAD HE DIDNT GO BACK TO LOOK FOR ROSE IF HE CAME BACK ALIVE Y DIDNT THE OTHER PPL COME BACK TO LIFE BUT TITANIC 2 WOULD B FUN TO WATCH BUT ITS FAKE
MB_LOVE DNT BELIEVE ITS TRUE 4REAL PPL DNT B STUPID
Lara-Angela Bonsoir ^^ Je sais pas parler anglais mais j'espere qu'on va me quand même me répondre ^^' Donc la je suis paumée,je sais pas si c'est vrai ou pas T.T Est-ce que quelqu'un sait si c'est vraiment vrai ou si c'est un fake ? :/ Et si c'est un fake :ça craint --' (bah oui,donner de faux espoirs aux gens,c'est pas sympa --' ) Vola,merci d'avance =D
2772764 it just dosent sound good i mean it don't sount James Cameron good
ILoveUNDEAD Oh noe that is so fake. There scenes from his other movies. Theres scenes from Romeo and Juliet and there's one from the basketball diares? #FAKE
rescuenavy They definately wont!I mean Jack coming back alive again? It is against the whole theme of titanic..unrealistic! But they would have been interesting..i probably would cry a lot when he relises she is dead..
esthertje17 i love titanic but it's very stupid that it haven't no happy end!! and de 1st season of titanic is true but the 2d is very fake! and no happy end again!!
xEmoxGurlx I've seen Titanic the first one But not the other part My brother said he watched it on YouTube My first time I watched it I cried can't remember why.. I think Jack is an good actor..
bunnypoo dont f**k with the original cuz its fake
titanic-fan this is not real as i have seen titanic 2 and it is not what so ever in any way like the one this person is describing. this is a fake a lie and stupid
missliss the titanic 2 was the lamest movie in the world there wasnt a jack or rose it was so sucky and bad animetion it was so lame i couldnt wait till it was over they had such bad acting
Sign7379 Cann someone send a link in a coment, on teh Titanic 2 Jack is Back movie. I WOULD SO LIKE TO SEE IT!!
Sign7379 And cann someone say wich scenes are from what movies, if the Titanic 2 Jack is Back, is fake. Then i would like to see the other movies!!
iluvpenguins Titanic 2 is about a ship that was just like the titanic n it went from new York to the Atlantic cuz 2 tsunami's thrashed it also I went onto this website and it said that James Cameron had considered making a titanic 2 but the whole point of the movie is the ship so he couldn't it's a fake trailer
charmedxoxo OMG titanic is da bom! and jack is so hot i love him!!! Oh and Emily Grant, your from Alice Spring ant you? i think i know you... any why nice coment i like it!
meredog Luv Titanic but so sad :'(
azula2730 i wish it was real because it will be a big hit if it is real!!!
azula2730 hey think first..... if it is a fake,where did they get the other scenes aside from the others that you know? hmm.. some parts are real here i rewinded it a hundred times and some parts are real... i can tell :)
AdorableMe i would be happy if there's a TITANIC sequel! but the sequel will make the first one worst! they can give another title and make another movie but NOT titanic sequel! the actors can stay the same!
Gummy_Bear22 It's probably fake cause Jack died! But if it was real I would totally watch it!
jbtr i want to see it
aamahmed please how to download it
ReymartGM I wish it would be released someday even its an imagination. I think its an interesting movie that my fellow might love it. Even its just a fiction I am so excited to watch it and I hope it will be published as a movie.
DopeDude I really wish this was real!! I wanna see titanic 2 soooo freaking bad. I appsoulutly love the titanic and I love Jack and Roses relationship. I would Love to be able to see it.
Titanic vs The Notebook: A Love Triangle
posted by deedragongirl 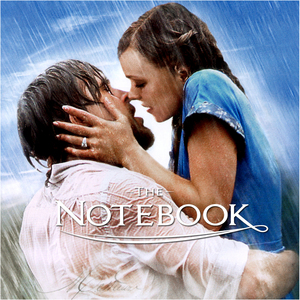 Noah & Allie.
A few years ago, I watched Nicholas Spark's The Notebook and I noticed a number of similarities between this movie and Titanic that I would like to write it down.

Noah reminds me a lot of Jack, because he comes from a poor family and falls head over heels with Allie on the first day that they met.
The beginning is also very much similar like the beginning of Titanic, because when our 2 characters are old and tells us during their younger days. The same with Rose when she told her story to her granddaughter and the other researchers on the doom luxury ship.
Allie comes from a very...
continue reading... 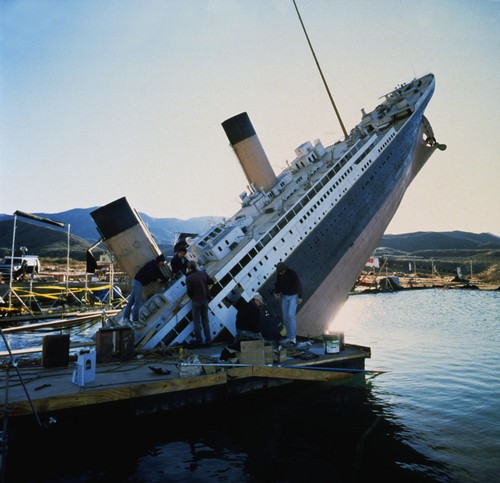 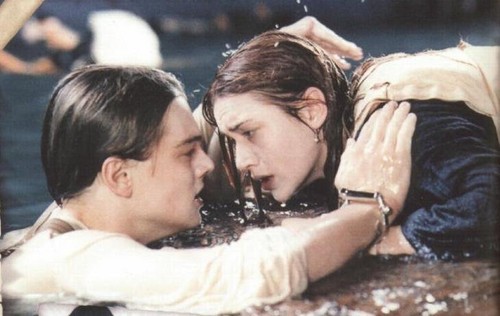 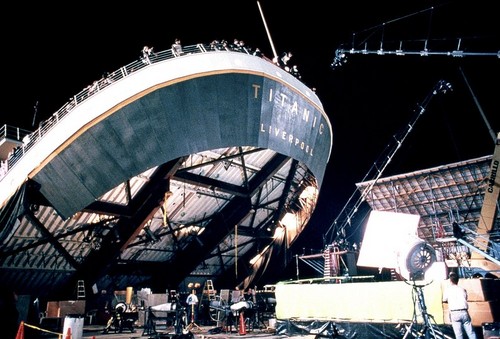 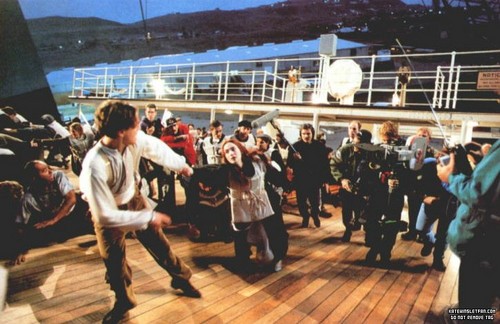 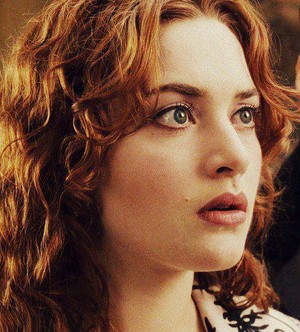 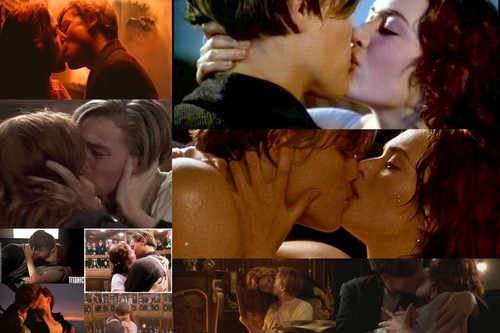 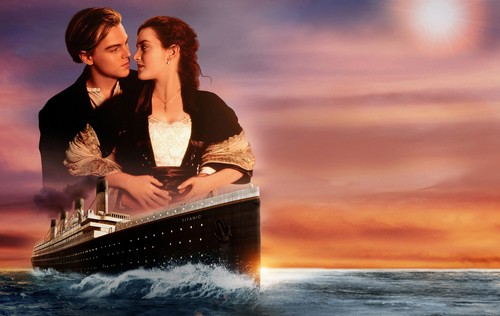 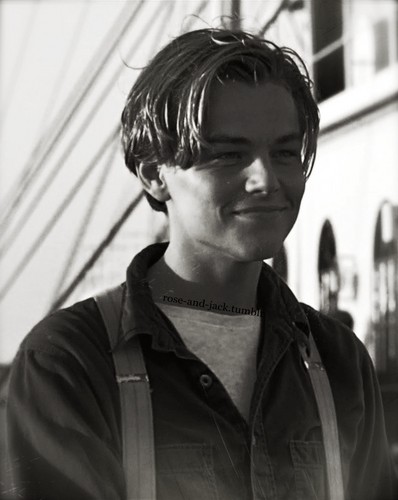 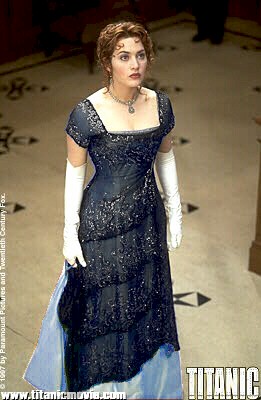 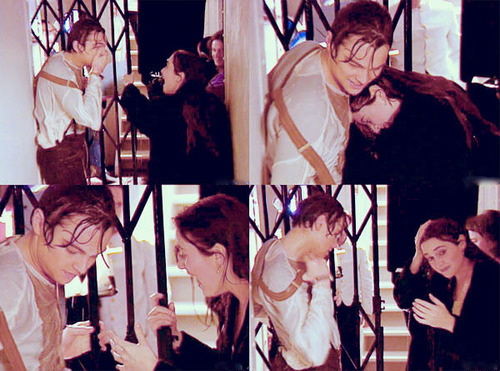 2
Behind the scenes
added by JosefS_girl24 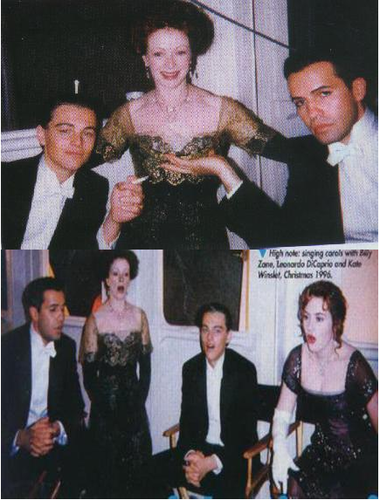 1
Behind the scenes
added by JosefS_girl24 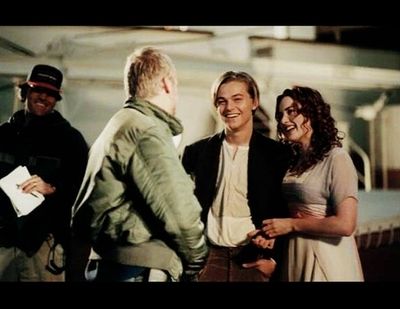 Behind the scenes
added by JosefS_girl24 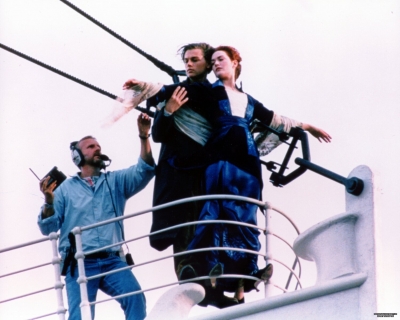 3
Behind the scenes
added by JosefS_girl24 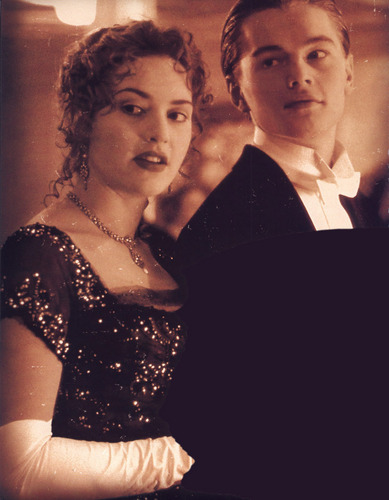