5
Tom Felton Biography
posted by e2mma2weasle3
Thomas Andrew "Tom" Felton (born 22 September 1987) is an English actor and musician. He is best known for playing the role of Draco Malfoy in the Harry Potter film series, the movie adaptations of the best-selling Harry Potter fantasy novels by author J. K. Rowling, for which he auditioned at age twelve.

Felton started filming in commercials when he was eight years old and in films at the age of ten, appearing in The Borrowers and Anna and the King.After being cast as Draco Malfoy he has sequently appeared in all six Harry Potter films, from 2001 to 2009, and is filming the last two.A fishing aficionado, he helped form the World Junior Carp Tournament, a "family-friendly" fishing tournament.

Early life
Felton is the youngest of four brothers. Felton lives in Surrey with his parents and three older brothers. He was in four choirs throughout his childhood, starting with his church choir at age seven. At age 11, he worked at a fishery. Felton was educated at West Horsley's Cranmore School, until the age of thirteen and then at the Howard of Effingham School, a comprehensive school in Surrey.

Felton began acting in commercials by winning a role in a coveted advertising campaign; he won the role over 400 young actors. Another commercial role brought Felton to New York City's Times Square to shoot a production for Commercial Union.Later Felton did a series for Barclaycard. In 1995, he performed the voice of James in the television series Bugs and landed his first feature film role in 1997 when he played the part of Peagreen Clock in Peter Hewitt's film The Borrowers. Felton played witness Thomas Ingham opposite Clive Owen in Second Sight in 1999. Felton's role of Louis T. Leonowens in the film Anna and the King, starring Jodie Foster, was also filmed in 1999. Felton made an appearance in the episode 'Hide and Seek' of Second Sight 2 followed in 2000. The Guildford Cathedral Choir also offered him a position.

2000-present
By autumn in 2001, he had become known internationally for his portrayal of Draco Malfoy, the bully, enemy, and foil of Harry Potter in Harry Potter and the Philosopher's Stone. As of 2009, Felton has appeared in all of the Harry Potter films. Before landing the part of Malfoy, Felton had auditioned to play Harry Potter and Ron Weasley. Of the four young actors who succeeded in getting the main roles, Felton had the most extensive film experience. Thereafter Felton's schedule began to fill with the work of filming the first four movies, premieres, contributing to articles and interviews, and receiving the Disney Channel's Kids Awards for Best DVD Harry Potter and the Chamber of Secrets on 22 September 2003. Felton started his Official Tom Felton Fan Club in 2004 and took part in autograph signing events.His fan club was reported to have attracted so many fans that Felton had to put a temporary stop to people signing up to his fan club. The autographing session in Germany drew people from Chile and one fan in Cologne summarised: "Tom is a real nice, professional young man, always happy, smiling, laughing, full of power — a real gentleman." When the fan asked Felton what kids should do if someone like his character is bullying them, he said: "Tell someone. You don't want to keep it to yourself.

After filming the fourth Harry Potter film, Felton made a guest appearance on Home Farm Twins in 2005, where he played Adam Baker in the short-lived series.He attended Collectormania on 30 April 2005 and London's world premiere for Harry Potter and the Goblet of Fire. On 11 November 2005, he and Rupert Grint presented Liz Carnell with the Daily Mirror's Pride of Britain Award for all of her work to raise awareness of the dangers of bullying. Felton worked on Harry Potter and the Order of the Phoenix throughout 2006. Now having read more of the Harry Potter books, Felton reflects: "I have had input into Draco. If they give me a line and I don't think it is something he would say, I suggest changing it. They do listen to you and you do feel a part of it."

Felton also appeared in Harry Potter and the Half-Blood Prince, the sixth film of the series. When asked whether he was looking forward to playing a good guy in the future he answered: "No. Well, I don't know. I suppose for now I'm happy with sticking to what he is. But after the Potter legacy is over I look forward to playing a good guy or someone different anyway, someone not so spiteful." Felton also played the character Simon in the 2008 horror/thriller movie The Disappeared.

Felton posted three music videos on YouTube under an account called "Feltbeats", in which he performs fragments of original songs. Nine songs have been re-recorded and are now available on iTunes: "Time Well Spent," "Time Isn't Healing", "One of These Days", "Under Stars," "Right Place, Right Time," "In My Arms," "All I Need," and "I'll Be There" join the instrumental "Silhouettes in Sunsets." He also recored an album available on iTunes and Amazon.com named "In Good Hands". It includes the six songs "If You Could Be Anywhere", "We Belong", "When Angels Come", "Convinced", "Father of Mine", and "If Thats Alright With You".

In October 2009, Felton presented an award at the Young Film Critic of the Year ceremony at the BAFTA Academy in London.

It has been announced that he will have a cameo role in Get Me to the Gig, out on 11 June 2010

Personal life and interests
In 2003, Felton and his brother Chris worked with Joe Babbitt, the St. Lawrence County Angler's Association, the New York State Department of Environmental Conservation Region 6, the Chamber of Commerce, and a diverse group of other organisations to form the World Junior Carp Tournament, which involves competitive fishing for ages eleven through eighteen in a family-friendly environment.

Felton's favourite hobby is fishing and he plans to pursue some qualification in fishery management at Sparsholt College in Winchester, where his brother had gone years before. Apart from fishing, Felton also enjoys other sports, such as cricket, basketball, football, roller skating and ice-skating. He said during an interview, "I am generally more and more in my comfort zone in the wild. The only time I can really relax is up a tree or somewhere outside. I love being outside."


His ideal place for a holiday is the United States.More specifically, in an interview, he said he liked to go to the St. Lawrence River in New York His favourite villain in movies is Alan Rickman in Robin Hood: Prince of Thieves,[34] who stars in the Harry Potter film series as Severus Snape. He said during an interview that his favourite characters in Harry Potter are Gilderoy Lockhart and Lucius Malfoy, Draco's dad. Felton said that if he could play another character in the film, he would play Lucius Malfoy, or even Voldemort. When asked which house in Hogwarts he would like to stay in, Felton said it would probably be Slytherin.

The Sun reported that Felton is distantly related to several participants of the Salem Witch Trials of 1692 including defence witness Lt. Nathaniel Felton, and John Proctor, a victim of the hunt
FanFic_Girl_26, kathyism and 3 others like this 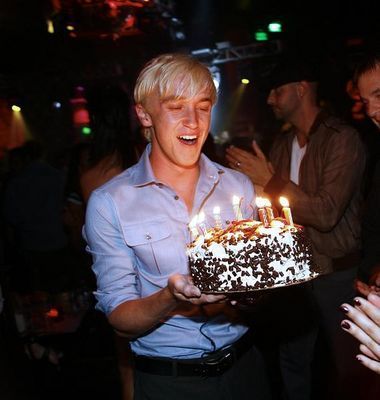 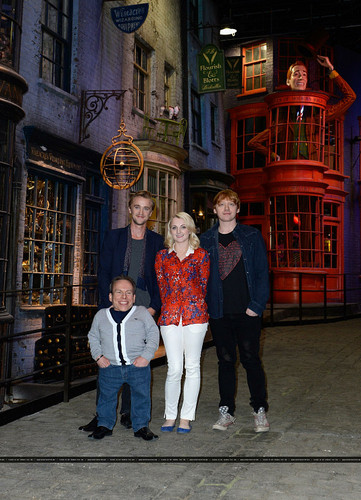 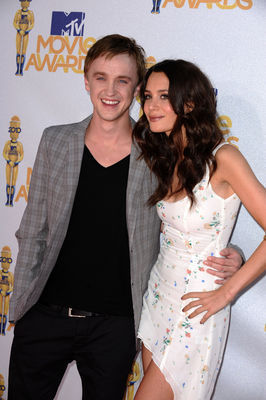 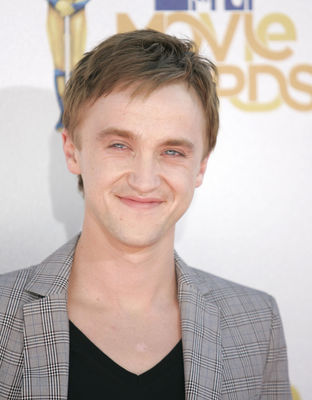 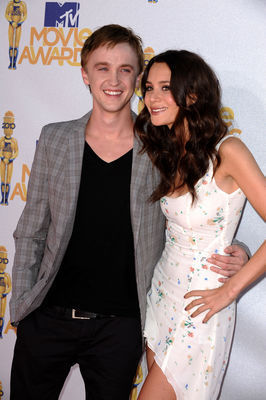 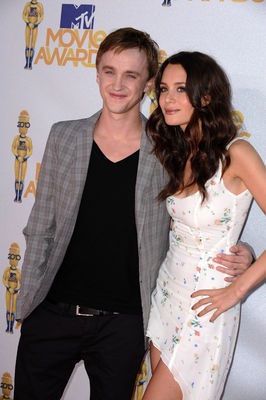 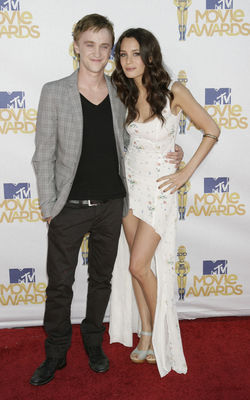 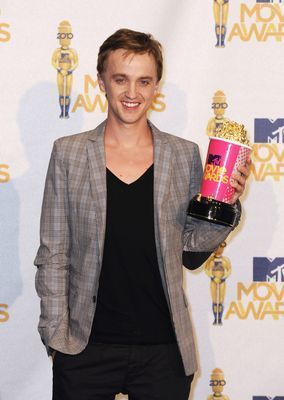 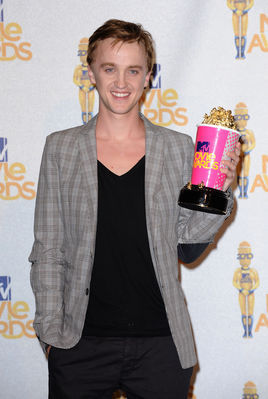 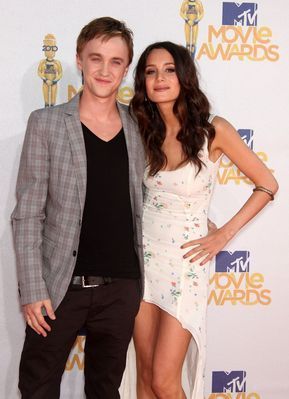 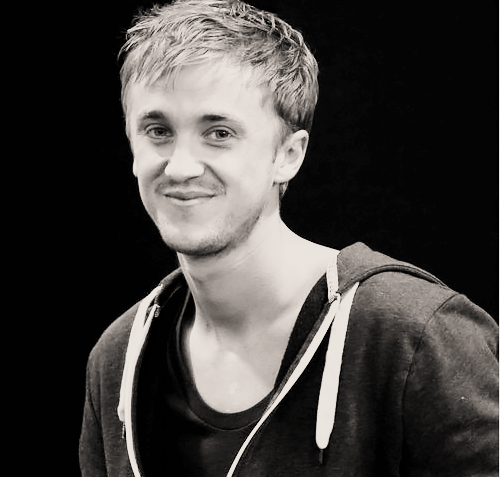 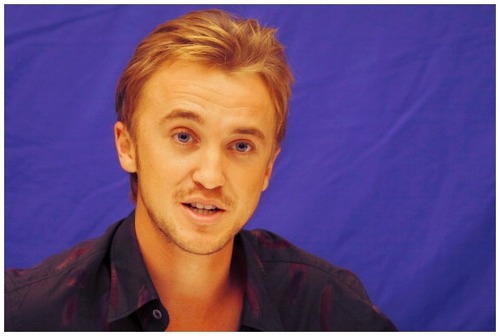 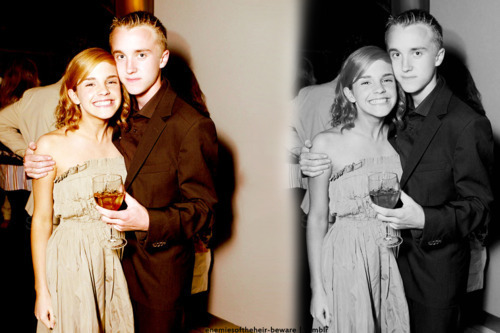 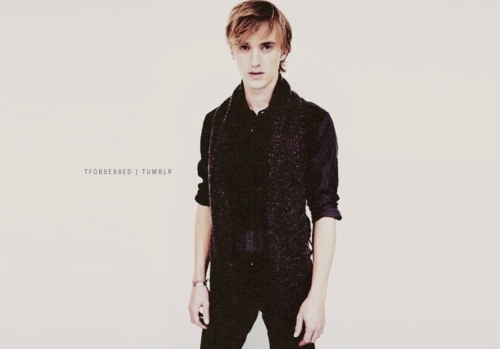 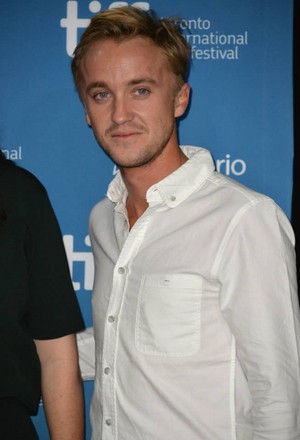