TDA: A Day Without Tears
posted by Courtneyfan6
(inside the girls trailer, Courtney wakes up immediately; she inhales deeply, then sighs and opens her window curtains)
Courtney: Good morning, day! (she begins to walk, but accidently steps on the top of her big toe) Oww! (falls over, but gets back up with her toe sore) I stubbed my toe! (Courtney cries profusely like a fountain, leaving a puddle surrounding her) I was walking around and I stubbed my toe! (later, Courtney walks into the washroom and searches though her shirt while humming; she picks one, but the wire hanger rips through the side) D'oh, that was my favorite shirt. (cries; later, she appears at the Grips breakfast table while she and the teammatea eating oatmeal while listening to the radio)

Radio DJ: And that was "Asia" by Eely Dan. Next up is Lionel Fishie with his hit, "Sad Song".

(the sad song begins to play, and the Grips begins to cry)

Heather: That Courtney is such a crybaby. (she takes a bite out of her danish while the Grips continues to cry; later, at the outside, Courtney was calling her lawyers on her PDA while singing)

Beth: (enters abruptly, startling Courtney who flips the PDA into the air) Courtney, guess what? (the PDA lands on the ground) Yeah, I'll come back later. (goes back into the girls tralier, Courtney sadly picks her PDA up and carries it to the trash bin)

Courtney: You are a good little PDa. (sniffs) I didn't know them well, but in the few short seconds between calling , I--(opens the trash lid and begins crying)--I came to love them! (her PDA slowly slides off her hand and into the trash bin) It just isn't fair! (she cries even louder, soaking and enraging Heather from the counter window)

Heather: Courtney, will you stop crying?!

Courtney: My PDA fell on the floor and--

Heather: PDA nothing! (Courtney tries to speak, but Heather interrupts again) PDA nothing!!! (she pants, then Courtney whimpers with tears) What now?

Courtney: (stifled) You yelled at me! (sobs loudly, continuing to soak Haether with tears; later outside , Heather stands before Courtney next to a board that says 43)

Courtney: And you wrote that number on a chalkboard.

Heather: (pauses for a second) I have no idea.

Courtney: Oh, Heather it's not that many tears in my brain.

Heather: It's a quick montage of flashback I've edited together that shows the hundreds of tears you have cried over the days.

(the video begins to play, showing Courtney crying the tralier, at the grocery store, outside the School, at her house, at the bathroom, and at the bus stop)

(Courtney continues to watch herself crying in the video)

Courtney: Wow, guess I do cry a lot. I promise I won't cry anymore.

Heather: Oh, nonsense! I bet you can't go the rest of the day without crying.

Courtney: (realizes something) Excuse me a moment. (she walks up to a rotary telephone and dials it, Duncan appears lazily laying on his bed when his own phone rings)

Duncan: How can I help you, Princess?

Courtney: Do you think that I could go the rest of the day without crying?

Duncan: (mouth full with popcorn) Well, of course you can.

Duncan: Umm... sure. And did you remember to put that package outside where I told you?

Courtney: Yeah, but I left it in a different spot. Just ask LeShawna, she knows where it is.

Duncan: Oh, yeah. (laughs with his mouth full) Hey, good one, babe. You almost had me there.

Courtney: All right, see ya. (hangs up, then walks back up to Heather) Okay, it's a bet.

Heather: (shakes Heather's hand) Fine. If you cry one tear before midnight, you have to...(thinks) Wash my hair, share my food for a year.

Courtney: Sounds fair to me. And if I make it to midnight without crying, you'll come to a slumber party at the girls tralier. Just us ladies. (Heather retches) Ooh, what's the matter?

Heather: Um, nothing, I just threw up a little in my mouth. (begins talking in his thoughts) No need to worry. You've outdone yourself. She'll be crying in ten minutes. (laughs out loud; in the evening, they are now eating dinner at)

Lindsay: (smiling) Do what? (sees something and gasps)
Beth: Oh, my Gosh! What a lovely sunset.
LeShawna: Take a look, y'all. (they looks at the sunset and gasps) Isn't that beautiful?

Courtney: (gasps quietly in awe) It's... (the Choir drives by singing an angelic note, Heather chuckles as Courtney's eyes begin to twinkle and water)

Heather: Is that a tear I see?

Courtney: Oh well, sunset's over. (Heather scoffs in frustration; later, they both enter the girls tralier)


(The sit on the couch watching the news)

Woman: Welcome back to Bikini Bottom News. Our top story tonight: a series of sad tales.

Woman: Tragedy in the park when a young snail caught in a tree almost didn't get down.

(Courtney gasps and gets ready to cry)

Mom: However, she did get down.

Lindsay: (sweating, changes the channel) Let's watch something else okay?

Heather: Fine! (Courtney turns the TV off and madly throws it out of the window, then walks back to the couch panting)

Courtney: You know what they say about that television. Rots the brain.

Duncan: (from outside) Hey, thanks for the TV, Courtney. (he carries the broken-up TV set on his the boys trailer with it)

Courtney: Time really does fly when you're having fun. Well, we better start getting ready for bed.

Heather: How about a bedtime story?

Heather: Umm... (nervously searches through the pages) How 'bout The Little Girl Who Got Lost?

Heather: Oh, very sad. Umm... "There once was a little girl (the page she's reading is actually of the story Jack and Jill) who was, uh, little and sad. (Courtney whimpers) One day the little sad girl was walking through the park. (Beth begins to chuckle with joy) But, she was sad, because...because she was lost... she was lost and very sad. And then, she--she started to cry. (Courtney begins to choke up) She cried and he cried. And she cried even more. (Courtney shakes with sadness) And she kept crying. (Courtney strains and forces back tears) Crying and crying and crying and...that's right. You can do it.

Courtney: I'm wondering if it might not be so healthy to hold in all my tears!

Heather: You're exactly right.. Let it all out. Don't fight the feel--(the second hand on the clock ticks closer to midnight) Ten, nine...do it, do it, cry...eight, seven, six, five...come on! (the dam inside Courtney's brain begins to crack) ...four, three, two, one! (the dam breaks) Midnight! (sighs) Well, Courtney, it looks like you won the... (Courtney's eyes burst with tears, shooting a flood towards the girls and smacking them against the wall. The tears shoot out in the trailer. They spread to the boys trailer, causing an entire waterfall inside)

Duncan: Wow, what a bad show.

(The tears flood the trailer)

Chris: (he and Chef standing on his desk) Well, at least we're still together, Chef.

(The Choir drives through the flood holding the angelic note; at the girls trailer, the tears continue to spray into the wall, then stop Now, the girls sit in front of the TV)

Lindsay: (holding out a bowl of popcorn) More popcorn, Heather?

Beth: (eating popcorn) Don't be shy now. I'm made extra. (Heather begins to cry, Courtney rubs her shoulders)
Courtney: That's all right, let it out. You can cry all you want. You're among friends here.

(Heather wails even harder)
dXcFan14 Hahaha, that was Awesome!!! (: 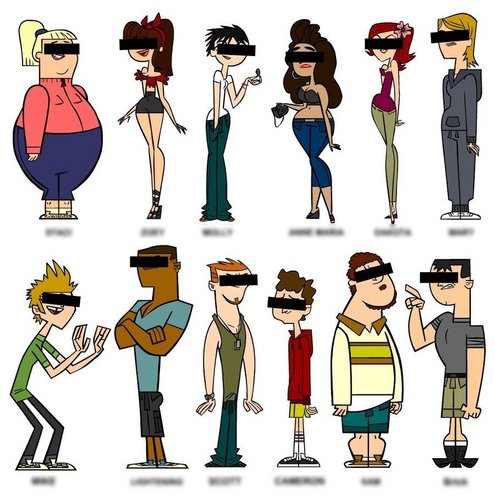 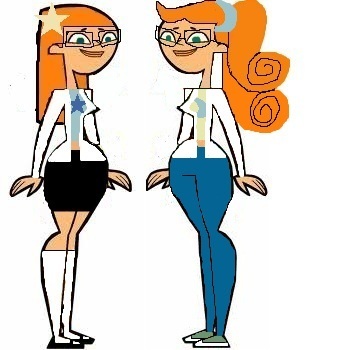 2
Mary and Susan
added by HarleyQuinn1 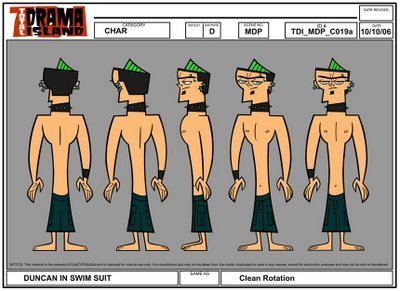 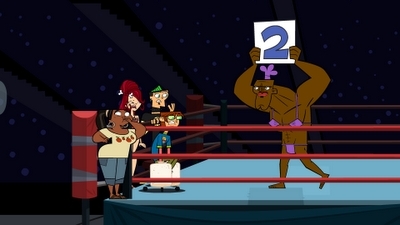 Chef
added by DuncanandGwen1
Source: My 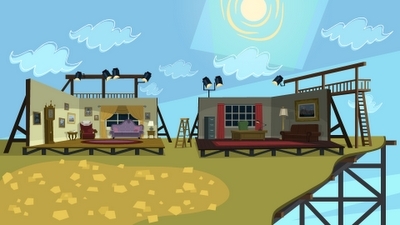 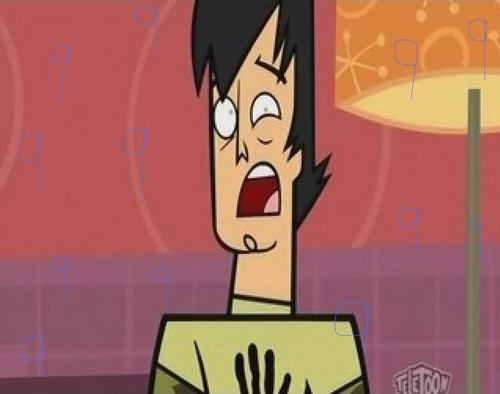 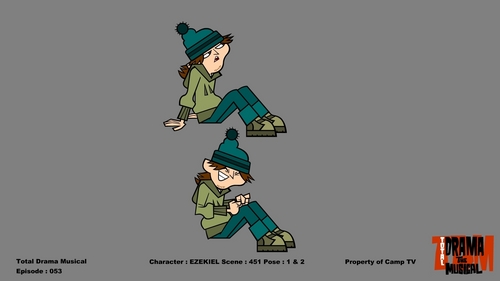 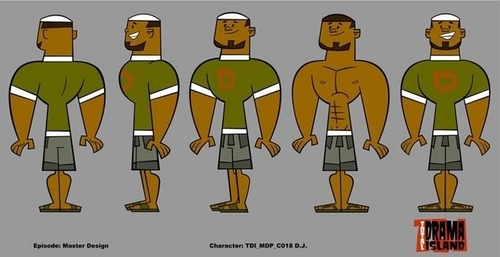 1
Dj
added by DuncanandGwen1
Source: my 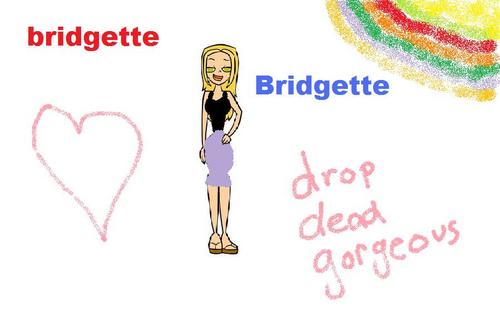 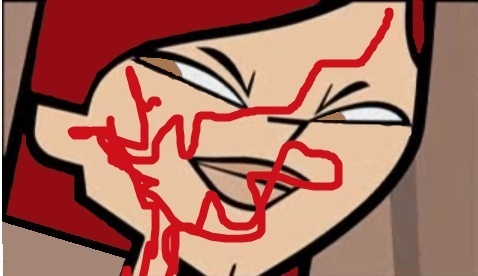 Somebody drew on Cleo while she was sleeping!
added by HarleyQuinn1
2
Total Drama Aftermath: Courtney!!! part 1
posted by DxC_lover98
**Basically this is what I think would have happened if they did and Aftermath as episode 24, Top Dog as episode 23, 2008: A Space Owen as episode 23 and Crouching Courtney, Hidden Owen didn't exist. Sorry I don't like that episode as much as the others.**


Bridgette: "Welcome to another episode of Total Drama Action Aftermath!"
Phil the intern, whispering something in Geoff's ear.
Bridgette: We've had some pretty shocking eliminations, Justin, Lindsay, Harold and Courtney! Also Owen has been fired from his job as the producers mole-
Geoff:...
continue reading... 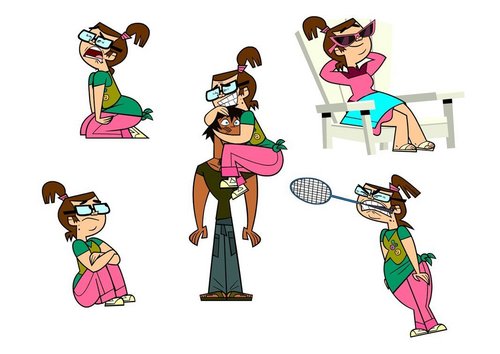 TDI/A/Season 4 Stills
added by Duncan_Courtney
Source: Fresh TV
1
rant on duncan and gwen
posted by CourtneyGirl
I dont like how people r all like omg duncan is cheeting on courtney with gwen or omg gwen and duncan r 2gether.I dont think they r ok so wat they hugged in an episode so wat, mall goth and punk have a conection like brother and sister, i mean the guy has pic of courtney under his pillow i really dout that duncan will dump courtney 4 gwen, i realy think that duncan and gwen r just friends ok so people can stop the friking gwen and duncan tributes trust me they r not 2gether, eaven gwen said so on tda after math, so people just give it a break duncan and gwen r just friends and duncan and courtney r 2gether i this is wat i feel but u know if u feel like o wat ever, u ca think that but this is wat i think so.
CourtneyGirl,
out. :) 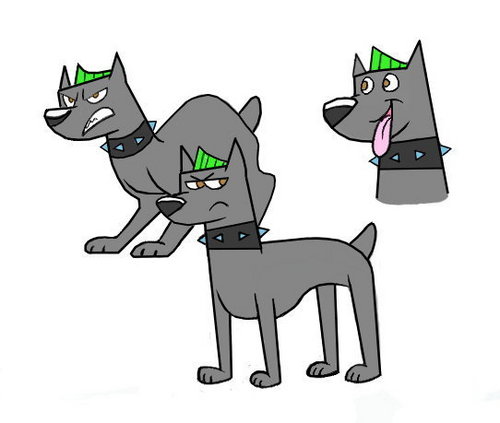 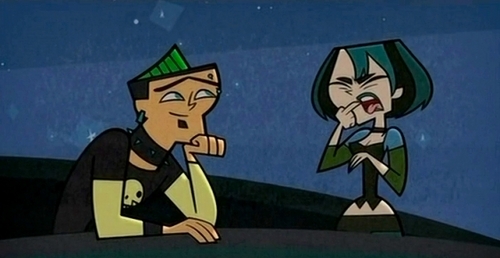 Duncan TDA
added by xoDXCoxkaykay
1
My Opinion of TDA
posted by Mp4girl
I was stoked for TDA, I really was. (Hehe. STOKED.) Lub Stoked T3T

Okay, back to the topic. So, I was surprised, but then it turns out that it was obvious. They didn't show the TDDDDI until the season (TDI!) was way over, so it was unexpected. But when Chris introduced the show at the beginning of TDI, he qualified that this was Season ONE. This was the first hint that there was gonna be a season 2.

But they did make things weird on here. First of all, they made it seem like Duncan and Gwen were starting to like eachother, but you never know. Duncan might be flirting with Gwen to make Trent jealous,...
continue reading... 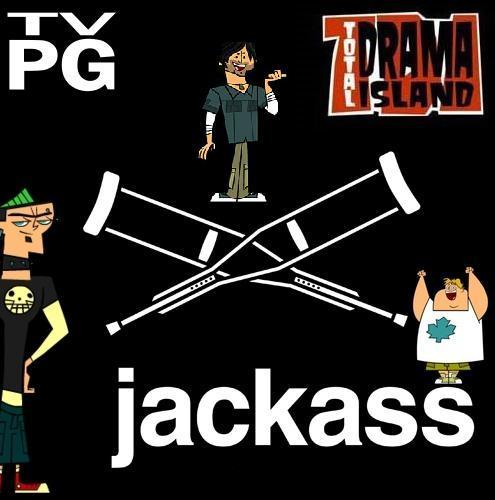