I was watching Super Crazy Happy Fun Time Japan again today, and I got to thinking, in the next couple of episodes, both link and link leave, meaning that DJ and Lindsay will be the last two people left on Team Victory.

So basically, there would be two contestants left on Team Victory, and five left on both Team Amazon and Team Chris.

Team Victory can't compete properly with just two members, Chris would have to;
- Bring back one or two contestants
- Merge the teams
- Or have a member from another team go on Team Victory.
Because we've seen multiple pictures of linklink and link, it may be possible that these two are coming back as replacements for members of Team Victory.

Now, this is just my theory, it doesn't mean it's true. It's just what I think may happen. So, any thoughts or opinions on this matter?

taytrain97 likes this
The_Kill this might be true
CHERRY111898 i agree
PrincessVandal Very interesting theory, but strangely I think it might happen.
GWENxTRENT I so totaly agree!
tdafan121 Wait, if this is true, then the Welcome Two The Jungle rumors may be true to! This episode actually started as a TDA myth, apparently, claiming Izzy and Cody return. But it may have all been a misunderstanding and the episode was leaked somehow from TDWT before the name change and before anyone knew who Blainely was so it could've been easily assumed that Izzy returned as well as one of the fan favorites who wasn't competing in the season as of yet, who they assumed was Cody. But the competitor returning was actually Duncan and the person not competing in the season as of yet was Blainely and the season was TDWT! It all makes sense now! YES! This [i]has[/i] to be a correct or at least nearly correct theory! YAY! I at first thought they would just split Team Victory in 2 and put one on Team Amazon and the other on Team Chris Is Really, Really, Really, Really Hot.
Duncan_Courtney ^Tdafan121, That first part of you're theory kinda doesn't make any sense. Welcome Two The Jungle has always been a fake rumor. I really don't know how you managed to connect the two.... I guess because a guy and a girl might return?
sumerjoy11 I like ur theory.
4
The Most Interesting Facts About Heather.
posted by TdiFan4Everz
Heather Is Labeled “The Queen Bee” Of Total Drama Island. She Has A Evil Younger Brother Named Damien Who Tortures Her By Booby-Trapping Her Room And Puts Glue In Her Hair Container. She’s School President & The Head Cheerleader & She’s Head Of The Year Book Committee & The Leader Of The Debate Team. Alot! But………
She Has A Deep Dark Secret. She Used To Be A Fat Brace-Faced Style Challenged Junior High Reject; Something She Overcompensates Now With A Mean Veneer And Lots Of Makeup. She Someday Wants To Have A Long Time Ruling Europe. Has Only 2 Friends On The Set: Harold And LeShawna.
Heather Has Also Has Experienced 16 Different Near Death Experiences And Nine Different Hairstyles Throughout TDI And TDA. 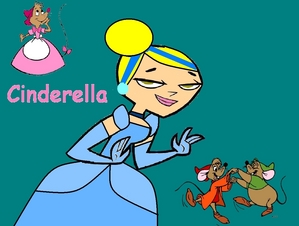 Bridgette as Cinderella one of the fanfics we had fun with
Me and my best friend Courtney did IM's it's something she made it'e where you do a story and act it out with a friend at first I thought it was wierd but then I started to have fun and loved them we made several like Heather and Bridgette, Lindsey Bridgette and the raper, Gwen and Trent, Bridgette as a mermaid princess, Bridgette as Cinderella and others one day we were doing one of mine and then your mom got on while you were gone and it was wierd and then you left fanpop and I prayed to god every night that you would come back and I got you to come back and I hoped you would go online so...
continue reading...
tdtt episode 1 part 1
posted by splinter505
i got bored so i'm making this but i still need more people
___________________________________________________
Phil: where are they, i mean not even the co-host is here
Ghost: *banging on door* come on let me out i promise i'll give up my criminal ways just let me out
Phil: *sees ghost hunters come in* the ghost is in that room, destroy him
ghost: AHH!!! what are you people doing to me ow that hurts
*car horn*
Phil: finally the go-host is here
Duncan: sup
Phil: nothin you
Duncan: nothing
Phil: i'm gonna go check my e-mail
E-mail: we are sorry to inform you that the limmo you reserved to pick up is delayed
Phil: damm it
Ghost hunter: we're done
Phil: thanks here's 20 bucks
Duncan: wanna play cards
Phil: sure
2
about total drama island
posted by codythemaster
22 teens has sighned up for what they didnt expect.crappy camp food.Infested bugs in the cabins.And also moving food.In the beggining of total drama island beth was the first to show up.also sadie and katie had their first fight in the episode the sucky outdoors.but at the end they totally recovered.geoff is seen not wearing is hat bridgette wore his hat in the episode haut camp ture while they had a long kiss.people beilive eziekiel likes bridgette because he is seen tring to get close to bridgette in haut camp ture and one part of the show he held his shiny neckalice to bridgette and said you like.but bridgette was kissing geoff when he said that.here is an article about some couples I now :bridgette and goeff.courteney and dunkin.harold and leshawna.izzy and owen.trent and gwen.and heres how half of the song goes:hey mom and dad am doing fine you guys are on my mind. 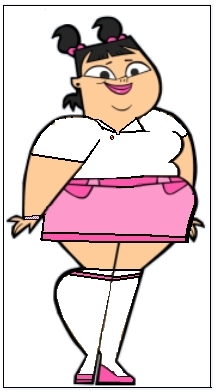 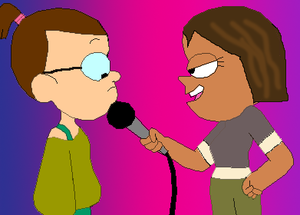 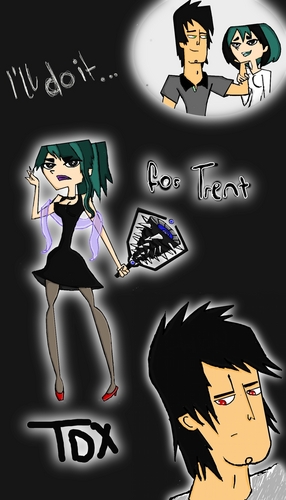 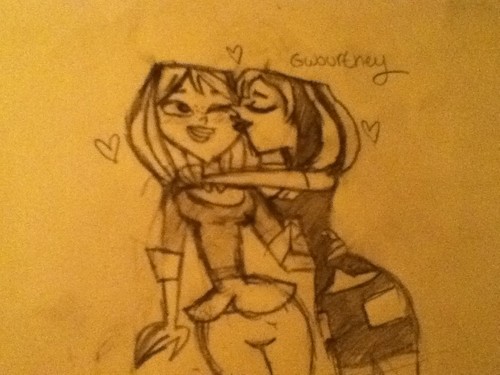 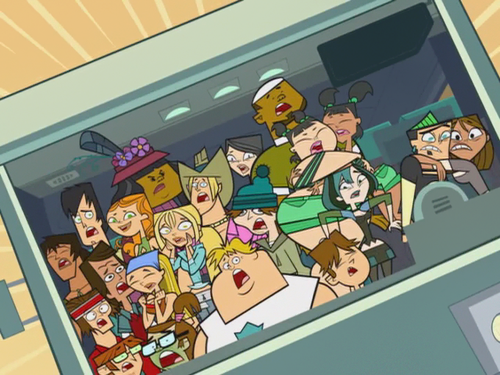 3
Izzy: "so Noah was Chris assistant"
added by zzElinzz 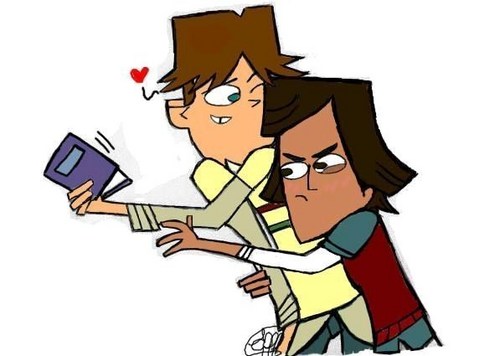 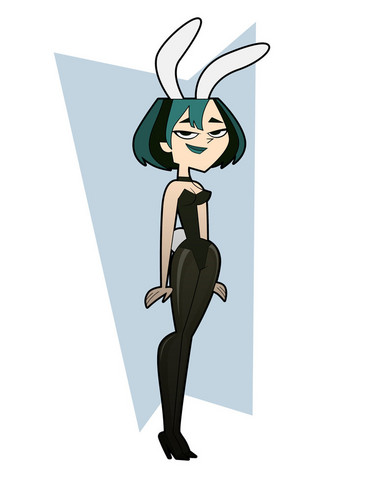 4
Kinky but not bad
added by ilovetdi3598 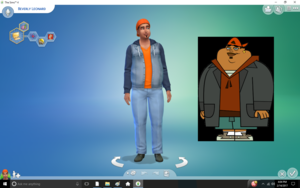 B: Sims 4
added by DandC4evacute
Source: Me and Sims 4 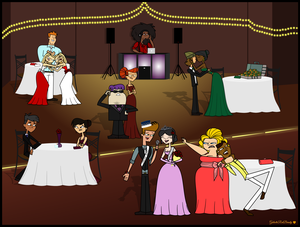 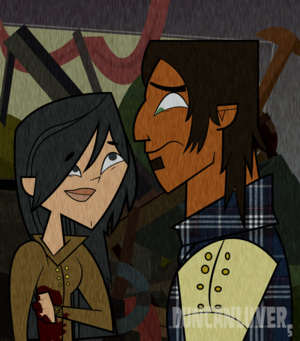 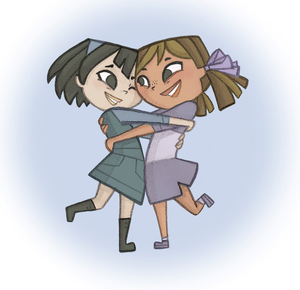 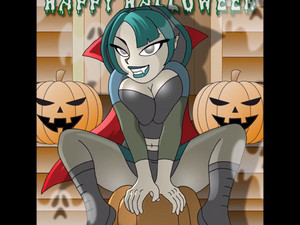 halloween from Gwen
added by RidonculousRace 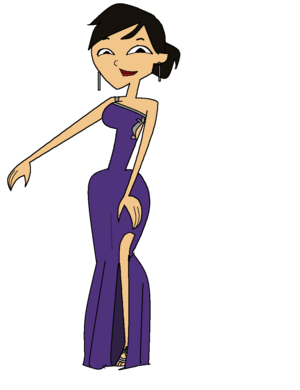 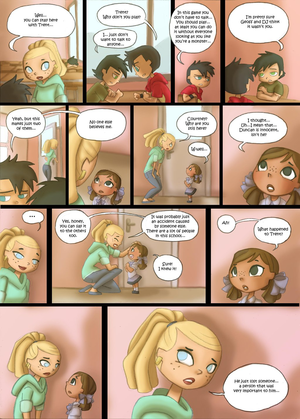