2
Why are twilight guys so HOT?
posted by edward-lover456
twilight guys we all want one but no body gets them. So, who are you crushing on edward (robert) jasper (jakson) jacob (taylor) emmett (kellan)?
have you ever had one of those dreams we you marry edward jacob jasper or emmett? Why are twilight girls so crazy over twilight guyz?
A qustion no one can seem to anser. Than again have you relized that taylor robert kellan jakson all have more fans that love them now is it because we love them or because we love edward jacob emmett and jasper? the world will never know. my main qustion is why are twilight guys so hot?
Just us guys Chpater 2
posted by TeanRose424
I waited anxiously all night. Pacing, watching, thinking, smiling. I knew that Rose would be so happy with this. She always wanted kids, now she will get what she wants! All of it depended on her answer of course. If she didn't say yes, then we would probably have to kill her. The Volturi don't like humans knowing about our existence as vampires. I have no idea what she would choose i could only hope for the best.

My brothers stared at me all night, Edward kept smirking as he read my thoughts. Jasper tried to calm me down. Carlisle just looked at me. " you guys can stop staring ya know, I'm...
continue reading...
2
Why is there a difference?
posted by LauraaCullenn
Hey! I know that everyone has their own opinion, b ut yeah I'm Team Switzerland (my friend says I'm just greedy). But it's true that everyone does pick on Jacob! Edward has a mase of age on him, he is from another century! Jacob is a regular boy, arrogant and sometimes moody! Edward was brought up to be polite and handle himself, unlike Jacob. But have the girls in the world are falling for Edward Cullen because of his looks, but if you see the difference in him and Jacoob. Edward gets on like he is over his mutual age, and Jacob is accually normal. But I like both their attitudes, and they are difference people. I can't stand people who stand and say, "I wish Jacob would act like Edward!". They should make up thier own Jacob, cause Jacob comes as he is. And yeah, Bella loves both of them so there! lmao :D 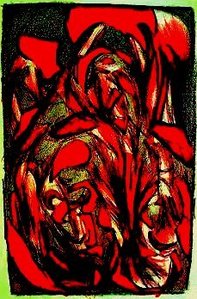 Smells the Roses.
What I don't understand is how people can compare Edward and Jacob. It is fine to like one and not the other but to trash one( always happens to be Jacob) is a bit extreme. I mean Edward has like 100 years on Jacob. Edward is physically 17 but his mental age is suppose to surpass all of ours. He has the mentality of Bella’s Great Grandpa at that. Jacob is physically 25 ( or so) and mentally 17. What guys aren't arrogant, specially when they know they look good and are able to beat the S**t out of other people. Come on, that’s an ego booster. That is his personality; If you give Jacob another...
continue reading...
Just us guys
posted by TeanRose424
We were all traveling together for a while, out wives tolde us to go and have fun. We would be make in about a week. My name is Emmett, and we are vampires. My brothers Jasper, and edward were play fighting, while i was watching closely. My adoptive father carlisle who is a vampire too. Was thinking to himself.

Thats when i heard the noise. Evrything stopped the fighting, the thinking. We were all locked on the bushes from which the sound came. We were all crouched perpared to spring. Thats when she revealed her self.

She was Beautiful. She had blonde hair that came to her chin and was cut...
continue reading...
Just us guys chapter 7
posted by TeanRose424
Rose P.O.V

No. There was no way my baby, no, my CHILD is going to go through the unbearable transformation. I know the kind of pain that it is. It awful. There is no way she is going through that. Those were the thoughts that ran through my head when Alice said her vision. When Emmett stood up he startled me, he had no nervousness on his face. He escorted me outside.

" Rose, its OK, It was going to happen. I was figuring way worse than this." he said. I stared dumbfounded at him. He stared back at me. "what?" he said.

" She can't go through that, No. It will never happen. Never." i said...
continue reading...
Just us guys chapter 6
posted by TeanRose424
Sydney's P.O.V

Renesemee was heavy. I smiled at her. She was a beautiful child. She had some of her mother, and some of her father. That much was obvious. She would tell me about herself in her special way. I sat down with her in my lap on the coach while everyone else did what they wanted to do.

After awhile, Renesmee told me everything that she wanted to and demanded that i told about myself. I shifted uncomfortably.


The house was absolutely ginormous. My mouth hung open as i gasped. The pale house had at least 2 stories with 7 rooms on each floor. The forest surrounding it was amazing. Everything fit together like a puzzle that was now complete. I had a huge grin on my face.

I looked at my new family. " You LIVE here?" I asked, amazed. Dad shook his head. " WE live here," he said, then put on his grin. I smiled back. I already loved it here. I looked back to the house where i saw another amazingly beautiful vampire. She was blond, thin, and perfect. They all were. She was staring at me,...
continue reading...
Just us guys chapter 4
posted by TeanRose424
I couldn't stop smiling. I had a daughter now, Rose would be ecstatic, and Sydney had a home. A real home. The guys let me have time with Sydney while they packed up. She had a bunch of questions.

" Whose Rose? Alice? Where are you guys from? What kind of family do you have? Will i live with you?" she asked one after another. " Easy, easy. We have a lot of time to answer all these questions. Now what is your first one?" i asked her.

I kept staring at Alice. Wanting her to spill what she saw, but she wouldn't tell me she said that it was a "surprise" or something. I wasn't sure what to do neither was Bella. I looked at her then to the other room signaling for her to come with me. I got up to go upstairs then she followed me.

" What do you think she saw?" i mouthed so she wouldn't hear us. " I have no idea," she mouthed back " Lets ask Esme" she said. I nodded, and signaled for her to follow me. We found Esme in the yard just staring at the nature. Waiting for her man to come back too.

Twilight guys vs. the JoBros