I LOOKED AROUND ME, ONLY TO find that there was nothing and no one there. I was alone, wounded, and scared as hell. I screamed for her, but she was nowhere to be found. I felt like my entire body was on fire, especially my head, but I looked down at myself and saw that there were no flames anywhere. I screamed for my girl again, my voice filled with agony.
Finally, someone heard me. The girl I had been screaming for walked through the darkness around me and crouched down next to me. Her ice blue eyes were perfectly calm, even as I screamed in pain. A tear rolled down her cheek. She tried to smile, but it came out as only a grimace.
“I guess there’s no forever for me,” she said vaguely, her voice cracking in odd places. “I’m so sorry that I brought this on you. This is my fault.” She reached up to her face to wipe the tear away with the back of her hand.
I wanted to ask her what she meant by that, but another wave of pain crashed over me and the only thing that I could do was scream out again. “Make … it … stop!” I yelled, amazed that I could actually form words.
“I can’t,” she replied, sadness creeping into her calm mask. “No one can. What’s done is done and I’m so sorry that this had to happen to you.” She leaned down and kissed my forehead. I didn’t feel the coolness that I usually felt with her lips; instead, I felt intense pain in my head where her lips touched my skin, as if she was burning me. It was unbearable and I sent a silent prayer that this would all be over soon.
“What’s … happening … to me?” I asked. I balled my hands in pain, not enjoying the way that the motion only made it hurt more. I was truly on fire and it hurt like hell.
The tears flowed freely from her eyes when I screamed the words out. She swept a strand of her snow-white hair behind her ear before she said anything. “I’m so sorry,” she sobbed. “I’m so sorry. You’re dying and it’s my fault. I’m so sorry.” She continued to cry for me until I felt myself fade.

I woke up soon after. I sat up on the black leather couth that replaced a bed in my room and looked over at the clock on my desk. It was only two-thirty in the morning. I groaned and dropped myself back on the couch.
It had been a week since I had started dreaming about the silver-haired girl and I was losing a lot of sleep over it. And the kicker was: I didn’t even know the damn girl! She wasn’t an actress on TV or a girl who went to my school, yet I dreamed of her every single night.
And the dreams all ended the same exact way: she cried over me while I died.
How creepy was that?
I closed my eyes and tried to force myself into a dreamless sleep, but it didn’t work. I could still see the girl behind my closed eyelids. I opened my eyes and reached down to the floor and grabbed my IPod. Putting the headphones in my ears, I turned the IPod on and selected “In the End” by Linkin Park. The opening melody of the piano helped me find the sleep that eluded me for a while. Yawning, I happily fell into blissful, dreamless sleep.

1. I jumped off a cliff to hear Edward's voice

2. I taught Alice how to steal a yellow Porche 911 Turbo

3. I tried imprinting on someone, but he thought I was psychotic

4. Edward tried to kidnap me but I was already in his room tying myself to the bed

5. I was blonde until Edward said he prefered Brunettes

6. I jumped infront of a moving van so Edward would come save me

7. When I see a silver Volvo I squeel and point 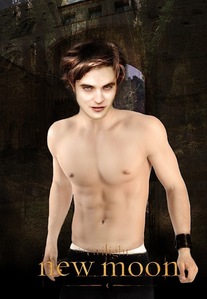 All of the Cullen family in ‘Twilight’ are described as breathtakingly beautiful; in fact, this and their aloofness in the cafeteria of the school is the first thing that draws Bella’s attention towards them.

"Their faces, so different, so similar, were all devastatingly, inhumanly beautiful." (TW1)
Although Bella is immediately drawn to Edward, we have frequent repetition of just how attractive all of the vampires are. Carlisle is described as looking "more like a model than a doctor" (TW24), Rosalie is so gorgeous that "the perfect blonde girl" (TW1) is "beyond belief", Emmett and Jasper...
continue reading... 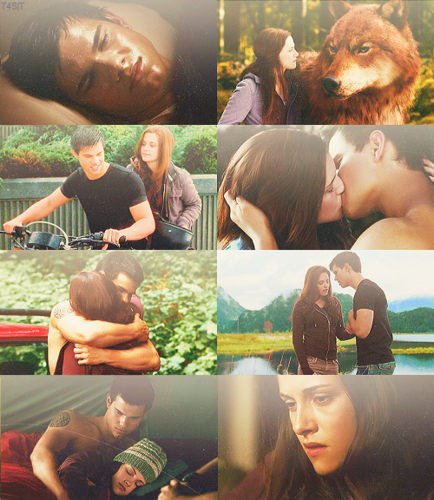 2
Emmett and Rosalie
added by RoseLovesJack 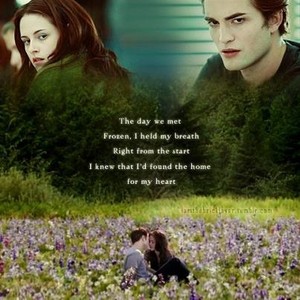 1
Edward and Bella ~ A Thousand Years ~
added by greyswan618 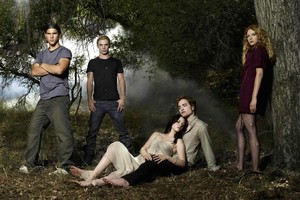 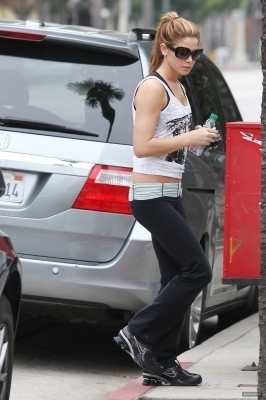 1
Ashley heading to the gym in LA
added by Melissa93
Source: http://www.ashley-greene.net/ 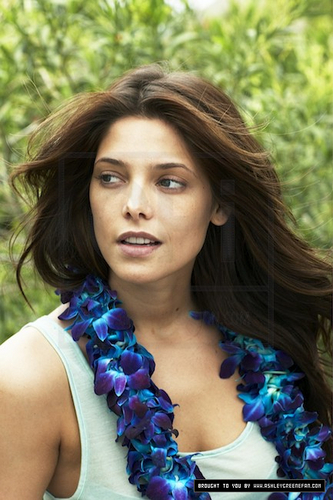 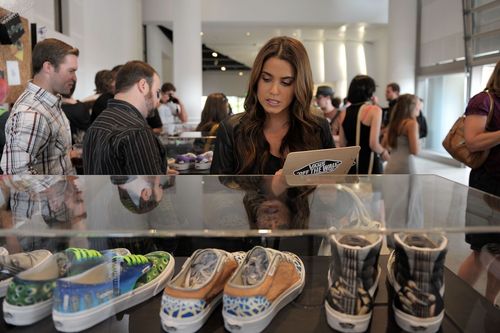 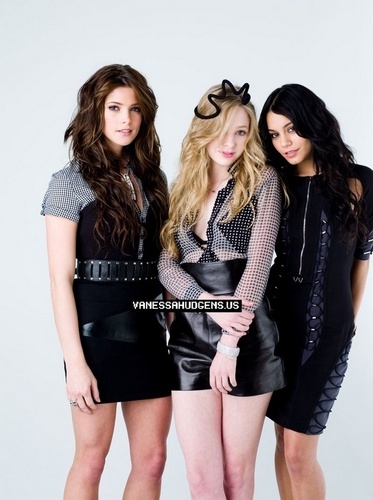 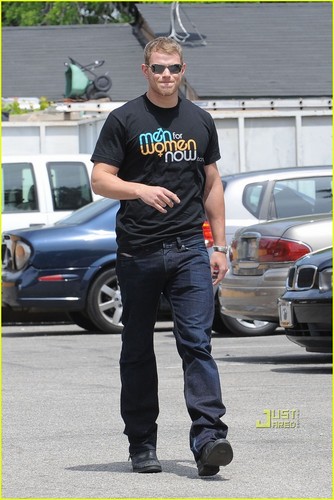 1
Kellan Lutz and his Mon
added by Andressa_Weld 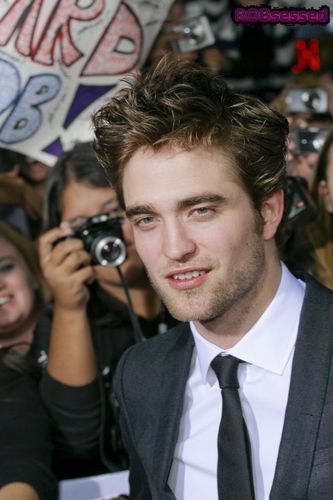 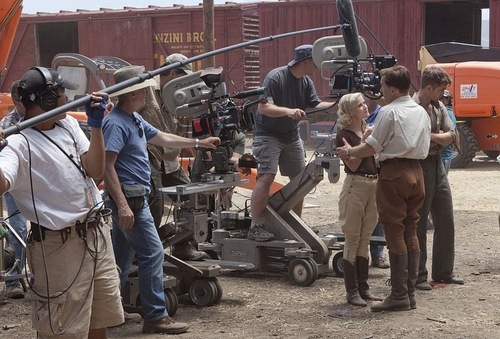 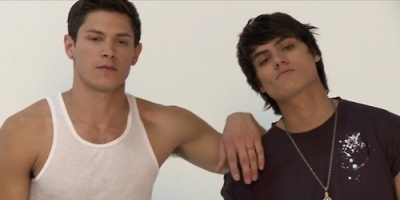 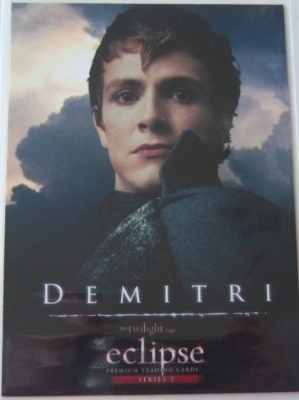 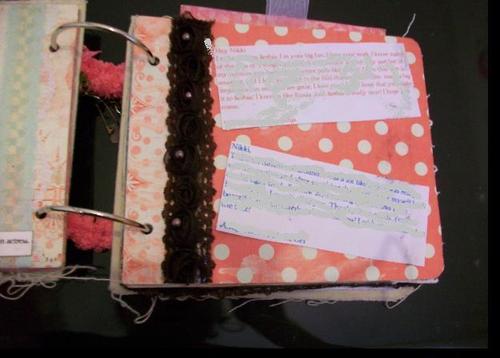 1
Scrapbook for Nikki
added by Andressa_Weld 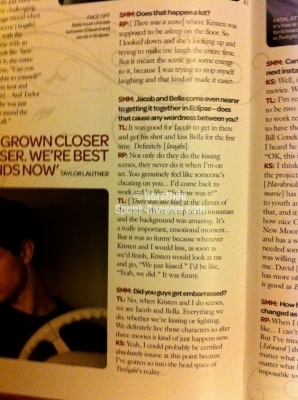 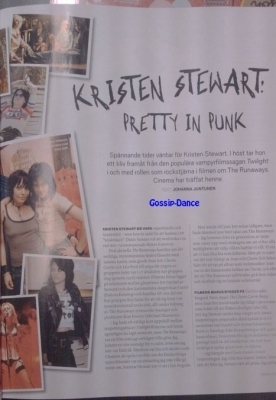