Well here i am, in Charlies driveway looking at my new 'present' , a truck actually. The truck was bought in the 80's. Charlie said he bought it for a really good price. The truk was losing it's color. I would probably say it's a rusty red leaf looking kind of color.

"Thanks dad, I love is so much." I said as I hugged him real tight. He smelt of fish and swamp water. Not a good mix. Ughh!

"Im glad you like it Bella"He said with care in his eyes. I could tell he really missed me. 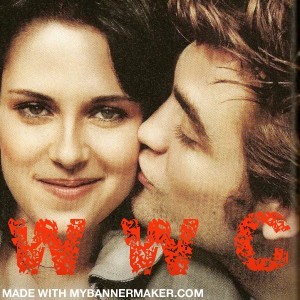 This is a new Fanfic I'm working on, called When Worlds Collide. I'm posting the link, hoping everybody will give it a chance.
It was published 10 days ago & only has 15 chapters, but it has over 3000 views and 36 reviews so far!
In my story, Edward is a smart over achiever, Emmett is in jail, and Bella is a mysterious next door neighbor with some issues.
Edward has to decide if he's going to risk everything for Bella, or if he's going to continue to please everybody around him and forget about her.
It's E/B AU-AH with heavy drama. I hope you take a look at at!! 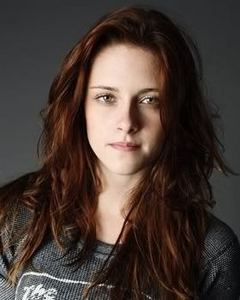 Special Ability: Shields herself and others from mental attacks

About Them: Isabella "Bella" Marie Swan, later Isabella Marie Cullen, is an average, clumsy, accident-prone girl who moves from Phoenix, Arizona, to Forks, Washington, to live with her father, Charlie. Though many boys are attracted to her when she arrives, she falls in love with Edward Cullen, a mysterious boy she discovers to be a vampire. Desperate not to lose him, Bella vows to stay with Edward, even if it means turning into a vampire herself, despite Edward's wishes. In an effort to...
continue reading...
8
Dusk
posted by VanessaBrooke

Beep, beep beep, the alarm went off wildly. Renesmee Cullen moaned and covered a pillow over her head. "Ness, honey, wake up" a deep husky voice said with a hint of laughter in his voice. "Noooo.... too early, 5 more minuets....." I said sleep thick in my voice. I felt two very warm hands around my waist. "Nessie.....wakie wakie..." he poked me, and I squealed. “JAKE!" I exclaimed throwing the pillow off my head and attacking him in one second. I was on top of him, staring into his eyes angrily. "Jacob, don’t u ever wake me up early again, on a…’...
continue reading...
8
seth story
posted by anna0789
hey im going to start another story this one is about my favorite werewolfe
SETH!!!! i just love him in BD an in the little part of eclipse well enjoy !!!!

"emms are you up?" seth whisper he knew i didn't like to be waken up


Alice wouldn't let me go, so we had to 'walk/hug' our way back to the house, Seth followed.

Alice sniffed the air, then turned to me, "You smell."

I had to laugh. The way she said it and her expression made me laugh.

Alice didn't say anything but she made a disgusted look and insisted I 'cleaned up'...
continue reading...
3
Ignorance-Chapter Six-
posted by BuffyFaithFan1
Ignornace

BuffyFaithfan1
____________________________________
Chapter Six: Let The Flames Begin...Oh Glory
~PART TWO: I'm Sitting All Alone Feeling Empty~
______________________
I watched as Jake was pulled to his feet, mouth duck-taped shut, hands tied behind his back. As I watched, a Ramen grabbed me by the hair and looked directly into my eyes.
"Lovebirds?" He chuckeled then. "Too bad you didn't make it!"
I felt my hand be tugged behind my back, tied together with rope. And then I felt a Ramen removing the gear and weapons, adding a a cavity search to the list also!
"Hands, hands! Watch the hands!"...
continue reading...
4
Taylor's Story Chapter 30
posted by Sk8bordNewMoon
Sorry all we have are action movies. Chris said as enter the living room / dining room. No problem, I like action movies. I said. Okay, here is the pizza. Mr T said. They turned on the movie but I didn't really pay attion to it. I was thinking about everything. Like how I could get out of and how to get this thing off my leg. I sat there tiwling the thing around my ankle. We watched startrec. In the first 5 minutes, there was a war, a person got killed and a baby was born. It was weird. The movie was good, the pizza was good but I only got 2 slices. I think I am going to turn in early guys....
continue reading...
3
Bella's New path Jacob's Then's Edward's POV chapter 20
posted by courtneykutie
Chapter 20 Jacob's POV
2 day's later...

I am on my way to Bella's house used to be ours but not any more cause,
i cant beleave that i inprinted,and on a bloude girl he name is Erin and she's a forin exchanged student and the first time i see her i inprint,she has blue and black strecks in her blounde hair and wears punky clothes and this is going to crush bella so much and my feelings to her have changed and i hate it but when i talked to Erin we hitted it off right away and nows she's at my house with billy waiting for me to get back

I was walking in the house and Bella was smiling and looking...
continue reading...
3
Bella's New path Bella's POV chapter 13
posted by courtneykutie
2 years later

It has been 2 years since edward left me,the fist month was really hard but vickie helped me and Harry's wife sue watched when i was at school or went out with jake.Me and jacob started to hang out more and more and pritty soon i fell in love with the big wolf.
Jacob was finishing his last year of school and i was already finished and i was waiting for him so we could go to collage together,so when he was at school i took vickie out!
Vickie was four years old and she knew something was wrong,she stopped saying 'where's awice' or 'where's ewine' 3 months after they left.i was...
continue reading...
3
Lunar Eclipse (Chapter 3)
posted by stepphy-rox
I'm so sorry for not writing quicker I had some trouble with this chapter although i hope you enjoy it and PLZ Rate, comment, and enjoy
XD Luv stepphy

Chapter 3: When everything turns upside down!!!
When I woke up my vision was a little blurry, but after I blinked a couple of times my view came back in focus.
"Hey honey, how are you feeling" his sweet voice rang through my ears. I winced - a normal reaction - as he caressed my arm.
"Alright what happened?"
"We don't know....we were hoping you would remember" he pleaded.
I wasn't sure if I wanted to tell him the truth. I was afraid he would be angry...
continue reading...
13
Forevermore - Chapter 3
posted by Gabstaaa
Thankyou so so much to everyone who had been leaving comments and rating my storys. Also a special thankyou to xXjakeloverXx for your support and help!


‘Vampire? You are vampires?’
‘Including you.’ Murmured Carlisle with a hint of regret
Vampire? Wait, I’m a vampire. Vampire vampire vampire.
‘Really?’
‘I’m so sorry Harley.’ He’s been saying this the whole time.
‘I just… Need to get used to it all. May you pass me some more animal blood please, Rosalie?’ I asked in my most polite voice. Ever since I’ve woken up they’ve been forcing animal blood down me. It’s not...
continue reading...
5
Kristen Stewart publicly confirms she has NOT left Michael Angarano for Rob Pattinson
posted by sunrise_90 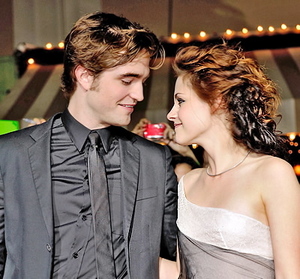 That may be one of the most awkward headlines I've ever posted but, as someone who generally abhors gossip and does not confirm, deny, nor even discuss rumors, I am actually somewhat thrilled to pass on this "official" statement from Ms. Kristen Stewart.

The Twilight uberstar has FINALLY confirmed publicly (thank you Kristen!) what many of us in the industry have privately known for a long long time...she has NOT left longtime boyfriend Michael Angarano for her co-star Rob Pattinson.


Britain's Top of the Pops magazine asked Stewart if the rumors of her alleged romance with Pattinson were true....
continue reading...
6
Naked Volturi Leaders in New Moon
posted by Alice_Cullen_
Newcomer to the Twilight saga, Jamie Campbell-Bower, dished to MTV about why New Moon will have a PG-13 rating. It isn't all because of shirtless hunks Taylors Lautner and Robert Pattinson, but due to some good lookin' naked guys:

" 'We just all sit there, completely naked, for one scene," revealed "New Moon" actor Jamie Campbell Bower, talking about a racy moment that was added into the upcoming film. "Yeah, it's me, Michael Sheen and Christopher [Heyerdahl]; we just sit there, naked'...

In actuality, the scene has a fully clothed Carlisle visiting the Volturi in Italy, only to locate Aro, Caius and Marcus in a bathhouse. 'It's a full-body shot, and then Peter comes in, and it all gets a bit awkward,' Bower said. "[Carlisle] is clothed completely. They're bathing in sort of a Roman bath kind of thing.' "
6
Sequel to Sunbreak, Chapter 1
posted by mrsblack_1089
Hope you like it! Chapter 2 is out and Chapter 3 is coming soon! xoxo mrsblack

"I just can't believe how big they are!" Emily cooned as she and I watched the twins sleeping. The blue-ish, green-ish light of the bonfire flickered across their faces where they lay on Jacob's lap, breathing steadily in and out.
I could never get over how breathtaking my two little children were. When Jennifer was sleeping she was more beautiful than any vampire. Her cheeks were a creamy russet color, with just a hint of pink in them. Her ebony black hair was in ringlets to her shoulders, and her eyes--when open--were...
continue reading...
5
Rachelle Lefevre On New Moon Stunts
posted by Alice_Cullen_ 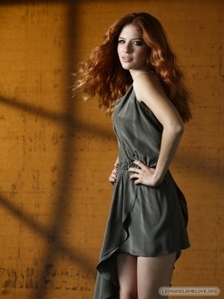 HitFix recently got to talk with New Moon's Rachelle Lefevre and talk about her life and her stunt work for the newest Twilight installment:


Q: What are you filming today then?

I actually wasn’t filming anything but I flew her in for the weekend to be able to come to set because I feel like rightfully so should a perk of having a sister in the movies, so she flew out this morning and I’ve been doing a lot of second unit stunt work and I feel like there’s only a certain amount of watching me fly through trees that’s going to be interesting and what she really should be watching is like...
continue reading...
10
Some Sort Of Fiction, Prologue Of Sorts
posted by twilight-7
Hey...This is like some sort of twilight fiction...yeah. For those who read my Kayla series this is what I was talking about...For those who didn't...yeah just read it...and my Kayla series if you want lol...Woo.. Enjoy!

All of the furniture was pushed against the walls and my mom sat in a chalk circle she had drawn on the wooden floor. I sat at the edge, watching her. She was writing on a piece of parchment with a quill and ink. In front of her was a cauldron that she had brewed a simple protection potion in. Next to the cauldron was a lighter. She finished writing her spell...
continue reading...
28
Twist Of Fate Part 2
posted by twilightGGlost
Heyy all! I’m so glad u all like Twist of Fate! It is sooo much to write! Thank u for all ur comments! I really appreciate them! Now before u all *freak* out I’m going to reveal what is in the shirt in part 3 which I will try to post today! I was planning on writing this way so I hope u like it! Special shout out to just_bella for her support!...when u comment say what ur fave part is and ur fave part in TOF part 1. Ok this is not Bella but u'll be able to figure it out…if I tell u the POV it will give it away…but the first line will give it away ok now I’m rambling lmao ok now I’m...
continue reading...
More Cards
1234567891011