Undertale 2 - Idea
posted by Mellowix
Personally I would make Undertale 2 a prequel, explaining some of the unanswered of Undertale. Like who was Gaster or How long were the monster trapped underground for?

It would also be a great opportunity to see what some of the characters were like when they were children. I mean, can you just imagine Baby Papyrus? :3


I would have it, that you play as Monster who is a member of the Royal Guard, who own an apartment in the capital (In this game, you get a much more deep look at Capital and what's it like to live in it).

The game starts while Asriel and Chara are still alive. However very early on in the game, you get the news of the Chara's and Asriel's deaths. The King is deeply traumatised and holds an emergency meeting with the Royal Guard and Royal Science team. He declares that destroying the Barrier is the number one priority.

The Royal Guard (The player) is tasked with hunting down and capturing any human that falls in the Underground while the Royal Science Team (including Gaster) is tasked with finding alternative ways to break the Barrier than just having to gather seven humans souls. One of the Human (The Yellow/Justice-soul Human) would actually be the final boss of the game.


"RP"/Ranks - As for more normal gameplay, it will be you doing every day Royal-Guard tasks/missions or basically police work such as; finding and arresting criminals, guarding items, stopping trouble out on the street etc. and (kind of like the mystery dungeon games) each mission or side-quest you do, will get you "recognition-points" and getting enough of those, will help you move up a rank


By moving up rank, will not only get you new items, clothes, furniture for your apartment, play an important role in the story etc. but it will also affect the way people treat and talk to you. (Example: Treat you with more respect or be jealous of you.)


Battle system - Due to playing as a Monster and Royal Guard member, the battle system is a little different. One of the notice changes is that you get a choose of multiple attacks, just like monster you fight in the Undertale 1. Your attacks being;

Bolt - A simple lighting bolt that covers about a 1/3 of the battle box, looks something like this; Transformer Cannon Dealing out 20 damage if hits, adding on 3 damage each GSK.

Heal - Can only be used if you have no healing items and three times per battle, heals 1/4 of your health.

Charge up - Boosts your AK and DF for 2 turns.


The battle menu is also a bit different as well:


Fight Evidence (Key items that can be used to convince a monster to stop, Phoniex-wright style!) Items Actions Cuff (Replacement to mercy.)

Growling skill and Skill level, New stats - Another noticeable difference, is the fact that, "execution points" and "Level of Violence" are switch out with two new stats; "Growing skill/GSK" (replacing EXP ) and "Skill Level/SL" (replacing LV). They quite similar to the original stats, however don't get them though killing monsters. Since you are a Monster yourself and a Royal Guard, killing any Monster will get you instant GAME OVER.

However you get them though arresting criminals by weakening than handcuffing them or conniving them to stop (Earns you more GSK points.) By gaining another GSK it will power up your attacks.

During missions or side quests, you will also get to see younger versions of characters from the first game. You also get to see certain entires mentioned in the Undertale but see them play out in person. Like Undyne trying to fight Asgore and Toriel accentually calling Asgore, "Fluffy-Buns" in a public speech.

Just saying most of the main characters in Undertale won't appear or only have a short apprentice, as the time Undertale 2 takes place, some of the characters ain't even born yet. The only classic characters that play an important role in this game, would be; Asgore, Toriel, Chara and Asriel.


Lizu/Player (Default name) - You play as small blue liquid-like monster with electrical magic, who joins the Royal Guard just before the start of the game. Like Frisk, they don't have any significant backstory, only that they lived in the capital all their life. Though character-interaction, you get a basic idea of Lizu's personality; They are a goody-goody, push-over but also has a short-temper and a strong sense of justice.

Fewwy - Is your mentor when you're a rookie, is your right-hand man as an officer and you're goofy side-kick as a Captain/Major. Fewwy is the trickster and clown of the Royal Guard with his dark sense of humor. Either making laugh or want to punch him in the face. Though he definitely does have his soft-side when it comes to cute things. Also he's a complete coward and scary-cat when things get tough. He's a strange looking monster, only can be desired as strange hybrid between an labybird and giraffe. Theme song - [link]

Boom-Boom - Hyper and reckless. Boom-boom pretends to be cool, collected and arrogant however when something triggers Boom-boom, her true self is realised for brief time, a complete nutter who loves nothing but adventure and being reckless. She is taunted at her job as a Royal Guard member and highly respected, so when a complete comes from nowhere and quickly rises though the ranks, she isn't going to take lying down.

A rivalry is made between you two, almost the moment you come though the door. She will set little traps to make you look like an fool, however they end up back firing every time so she looks like the fool instead. However time, Boom-boom learns to respect you and you get a powerful friend.


Like in the first game, there are different paths you can take. In Undertale 2 those would be the ; Rookie ending, Neutral Ending and True ending. All depending on how many "recognition-points" you get.

However unlike Undertale, where the consequences are completely different depending on the ending, in my version of Undertale 2, all the endings will eventually lead to the same two key events, just from a different point of view; The "death" of Gaster and You slaying the Yellow-Souled Human.


You retain your role as an average Royal Guard and ain't able to get too involved with the creation of Core or either with the Science Team. So you're mostly stuck with an onlooker's point of view. So when Gaster's secret experiments are found out about and he tries to escape arrest by running to the core, you only see an exploration, than see serval shadowed figures falling from Core into the coloured fog in the far distance.

The only reason, you end fighting the Human in the end is because - when you try getting to Core in order to see what happened, some other Royal Guard members are chasing after the Human and you grab you chance and ambush the human while they're heading your general direction.


You just barely mange to land the job of a Royal Scientist Team bodyguard. You are able to experience the kind of work the Gaster's assistants do first hand. Though when it comes to Gaster himself, not so much... As he doesn't regard you as strong enough to be his personal bodyguard, so tends to ignore you.

So you grow more attracted to the rest of the Science team and though them, you learn that Gaster has does some questionable things in the past. Than they're suspicious hold true, as when one of the Gaster's students decides to enter an always locked room, Gaster's secret and illegal experiments are found out about!

You inform the Royal Guard and Asgore of your findings and join the man hunt for the Gaster. You, The Science team and Asgore all chase Gaster down to the Core. You corner Gaster at a ledge with Asgore begging him to just surrender. However something goes wrong... Gaster tries attacking with Gaster Baster but the attack is reflected. This causes a huge explosion!

Luckily, you and Asgore are thrown backwards. However the platform that Gaster and the Science team is on, gives way and sends them all plummeting to into the void of fog far below.

When you outside of the Core, Asgore is bewildered of what just happened. This is when a Royal Guard member comes rushing up, screaming that they've seen a human and trying to catch them. Asgore, still too traumatised to do anything, tells you to go on without him and capture the human quickly before they get away.

You end up to catching up with the human finally and begin to fight them.


You get assigned to the new role of a Royal Scientist team bodyguard. Here, you get a much closer look at the 'experiments' the Science team do. Since you were a powerful and respected when you were a Royal Guard member, Gaster feels more comfortable as you as his Body Guard. Even letting you help build the Core.

After a while, he begins to let his guard around you and you begin to notice some of the work he does is a bit... shifty. Than one day, you decide to enter Gaster's private lab and see if you're suspicions are right. That's when you find it, his illegal experiments. That's when Gaster comes into the room.

Gaster tries to lie to you at first but quickly realises you ain't going to fall for it. He suddenly makes a break for it and you give chase. When some of other Science team members come to see what's going on, you shout at one of them to tell the Royal guard and Asgore, that Gaster is a traitor.

You track Gaster down to the Core before anyone else. You and Gaster talk briefly before Asgore and the Science team arrived. Suddenly Gaster tries to uses a Gaster-Blaster but its attack is reflected with the sound of a gunshot and Gaster with the rest of the Science team is sent plummeting.

That's when you see a human in the far distance and go after them in rage. When you reach the human, they already surrounded by Royal Guards and you join them, ready to fight to them...﻿ 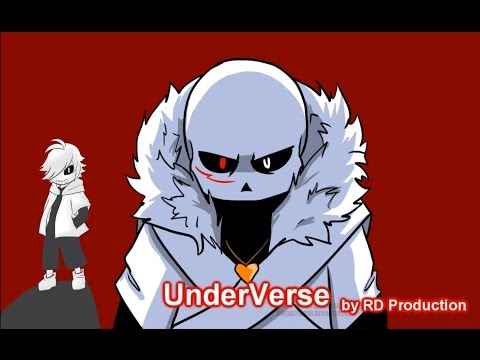 UNDERVERSE_AMV( Partners in Crime)
added by RD_Production_
Hey guys! I just wanted to show you my UnderVerse amv. I spent a lot of time to do it. I hope you will like it)
video
undertale
sans
underverse
crosssans
errorsans
inksans
underfellsans
1
What it's like being obsessed (In my point of view)
posted by SmolKitten
Soon when I first knew about UnderTale


my cousin: You sound like Mettaton when u say that XD

me: What the heck is Mettaton?

my cousin: he's like a robot Flovio. he's from a game. he likes saying oh yes!

Me: Oh he sounds interesting!

my cousin: Yeah. Don't play it tho. it says words. I will show you Mettaton. *looks up Mettaton* see?

my Cousin: Lets see this video! *clicks the video*

Me: Can I hear? Is it saying any bad words?

My cousin: No its just game sounds.


me: OML I LOVE UNDERTALE AND THE AUS OH GOD HALP ME! 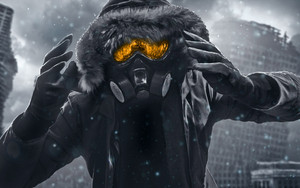 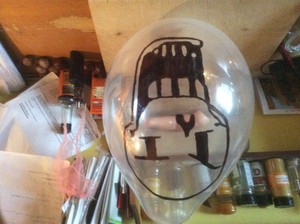 1
Papyrus balloon for Halloween.
added by ImAnEasel
Source: Me! :3 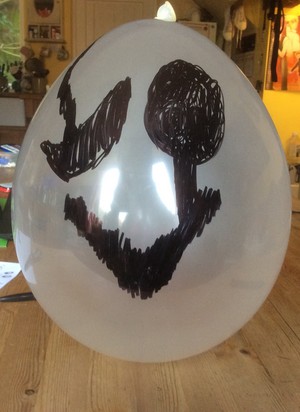 1
Gaster balloon for Halloween.
added by ImAnEasel
Source: Me. :) 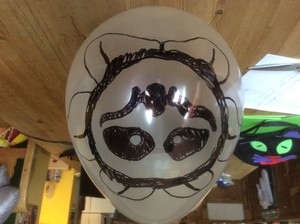 1
Flowey balloon for Halloween.
added by ImAnEasel
Source: Me! =^^= 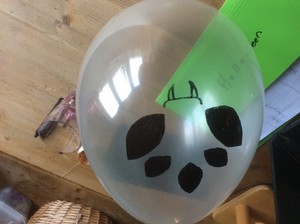 1
Muffet balloon for Halloween.
added by ImAnEasel
Source: Me. =^^= 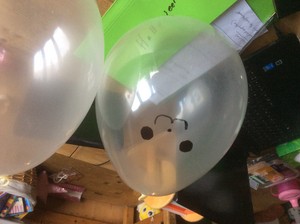 2
Temmie balloon for Halloween.
added by ImAnEasel
Source: Me. 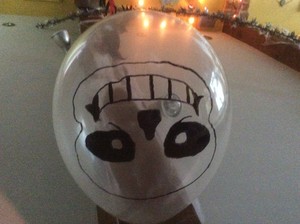 2
sans balloon for Halloween.
added by ImAnEasel
Source: Me! 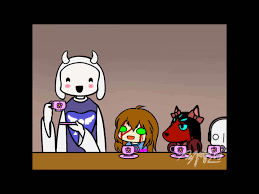 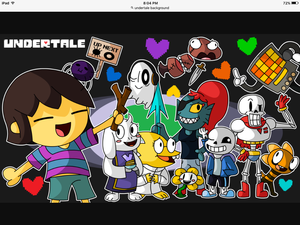 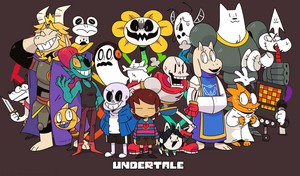 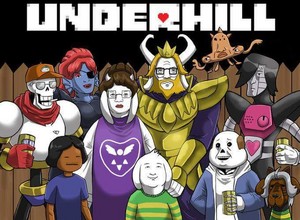 This is just... Perfect. X'D
added by ImAnEasel
Source: Not sure who the original artist is, but I found this on a Facebook page called Undertale Memes. 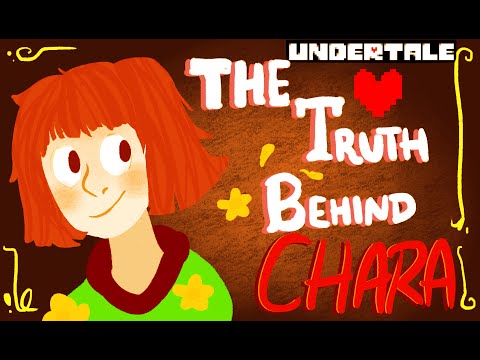 Who is The True Villain of Undertale?
added by fandommania
Published on Jun 19, 2016
video
undertale
theory
chara
player 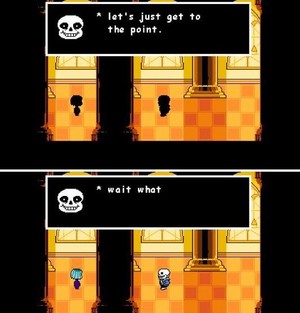 2
Wait What
added by LunaShay

1
It's a Family Tradition
added by DandC4evacute 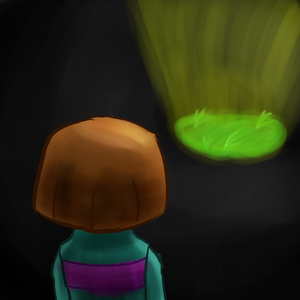 Fallen Down
added by DandC4evacute 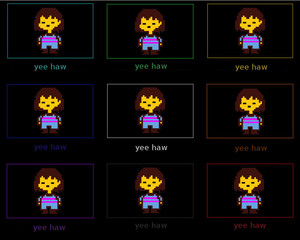