4
Wisconsin in the Movies
posted by cressida
"Hey! I know that person!"
"That building sure looks familiar. I think I studied there once."
There's nothing like seeing a familiar landmark or face in the movies but most of the time those remarks are saved for people from New York or California. But did you know how many movies have been filmed in, been set in, or mention our lovely state of Wisconsin? A surprising amount! Below is a list of all Hollywood movies somehow related to Wisconsin. If the title is in bold, the movie was filmed in Wisconsin (but not necessarily set in WI). If the title is underlined, the story is supposed to take place in Wisconsin (but doesn't guarantee that it was filmed there).


Amityville Horror (2005): The remake of this classic horror tale had Silver Lake acting as the residence for the Amityville House's exterior while the interior was created in Buffalo Grove, Ill.
-WI Filming Locations: Silver Lake, Salem (WI) 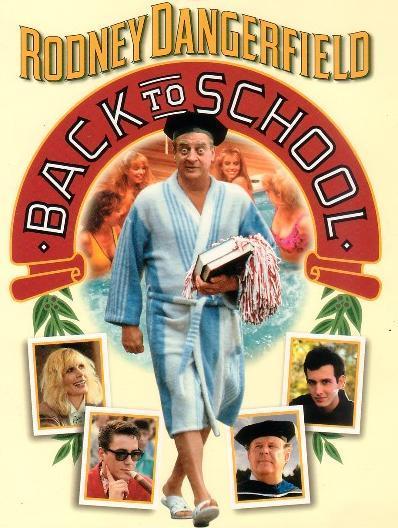 Back to School (1986): The classic Rodney Dangerfield comedy - to help his discouraged son get through college, a funloving and obnoxious rich businessman (Dangerfield)decides to enter the school as a student. Also starring Robert Downey Jr.
-WI Filming Locations: UW-Madison. Definitely cool to see Dangerfield and Downey Jr walking by Abe and down Bascom Hill.


The Big One (1997): Michael Moore documentary: "Protecting the earth from the scum of corporate America."
-WI Filming Locations: Madison, Milwaukee.


Fever Lake (1996): A group of teenagers drives to "Fever Lake" to spend the weekend in a cursed house near the lake despite warnings from the locals. Starring Corey Haim and Mario Lopez ("Save By the Bell").
-WI Filming Locations: Carthage College in Kenosha, Twin Lakes.


For Keeps (1988): Darcy, editor at her highschool paper, and her long-term boyfriend Stan are in their last months of school and already have found places in good colleges but -- surprise, surprise -- Darcy gets pregnant. Starring Molly Ringwald.
-WI Filming Location: Madison. 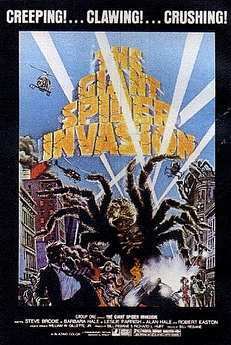 The Giant Spider Invasion (1975): Giant spiders from another dimension invade Wisconsin. I have yet to see this movie but I seriously need to, if not for the fact that it was featured in "Mystery Science Theater 3000" episode 810, then because a few of my cousins are in it.
-WI Filming Location: Gleason, Merrill, Nicolet College in Rhinelander, UW-Stevens Point


I Love Trouble (1994): Peter Brackett (Nick Nolte) and Sabrina Peterson (Julia Roberts) are two competing Chicago newspaper reporters who join forces to unravel the mystery behind a train derailment. According to imdb.com, for the scene with the "wild goose chase", production staff had 500 geese imported from Iowa to Wisconsin. Also, according to Stanley Solheim at the Wisconsin Film Office, farmers picketed the film and tried to halt production.
-WI Filming Locations: Baraboo, Madison 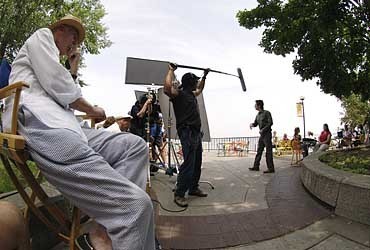 Zach Braff on UW-Madison's Terrace.
The Last Kiss (2006): Remake of a popular Italian film, this film features an all-star cast of Zach Braff, Jacinda Barrett, Casey Affleck, Rachel Bilson, Harold Ramis, and Blythe Danner, with UW alums as producer and executive producer. Too bad it wasn't any good. The original Italian version (2001) was amazing. I still saw it though to watch myself and fellow UW-Madison students ham it up as extras.
-WI Filming Locations: UW-Madison, Madison


Major League (1989): You know the premise -- The new owner of the Cleveland Indians puts together a purposely horrible team so they'll lose and she can move the team. And that Charlie Sheen has crazy weird (but slightly cool) hair in it. But did you know that all of the stadium scenes were shot at the Milwaukee County Stadium?
-WI Filming Locations: Milwaukee County Stadium, Milwaukee, Whitefish Bay.


Milwaukee, Minnesota (2003): A young man who's been labeled mentally ill is left on his own after his mother's murder. Confused and alone, he's targeted by two different con artists out to make off with his inheritance.
-WI Filming Locations: Milwaukee


Mr. 3000 (2003): Bernie Mac's as an aging baseball player who discovers that he hadn't quite hit 3000 hits, and goes back to fulfill that goal. Scenes were shot at the newly completed Miller Park in between innings of Brewers games.
-WI Filming Locations: Miller Park, Milwaukee


Mrs. Soffel (1984): imdb.com description - "Peter Soffel is the stuffy warden of a remote American prison around the turn of the century. His wife, Kate, finds herself attracted to prisoner Ed Biddle. She abandons her husband and children to help Ed and his brother Jack escape and accompanies them into the wintery wasteland." One of Mel Gibson's first starring roles, opposite Diane Keaton.
-WI Filming Locations: North Freedom 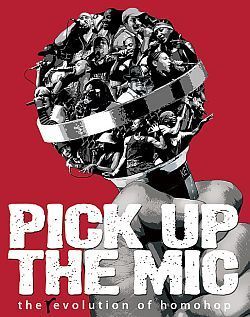 
The Prince & Me (2004): How can a film that "features" UW-Madison, the Rathskeller, and tractor racing (or were they lawnmowers) be NOT filmed in Wisconsin at all, and think that it's okay? Apparently the director of this film did. Julia Stiles in a "I hate him. Oh wait, I love him. Oh wait, he's a prince" film. The Rathskeller as a modern cafe with waiters? Come on....
-WI Filming Locations: None. Nada. Zip.


A Simple Plan (1998): You find $4 million in a crashed plane and no one knows that it's missing - sounds simple, wouldn't it? Directed by Sam Raimi and stars Bill Paxton, Billy Bob Thornton and Bridget Fonda.
-WI Filming Location: Ashland

The tenth annual Wisconsin Film Festival will rock out on April 3 to 6, 2008.


This is a list of big Hollywood Movies that feature Wisconsin in some way. There are hundreds more independent films made by Wisconsinites, in Wisconsin, for Wisconsin. A great way to see these films is to attend the link in Madison, WI.


And to conclude this soapbox article, a great conversation about Milwaukee/Wisconsin from Wayne's World:

Wayne: So, do you come to Milwaukee often?
Alice Cooper: Well, I'm a regular visitor here, but Milwaukee has certainly had its share of visitors. The French missionaries and explorers began visiting here in the late 16th century.
Pete: Hey, isn't "Milwaukee" an Indian name?
Alice: Yes, Pete, it is. In fact , it's pronounced "mill-e-wah-que" which is Algonquin for "the good land."
Wayne: I was not aware of that.
odd-duck, angiii7 and 2 others like this 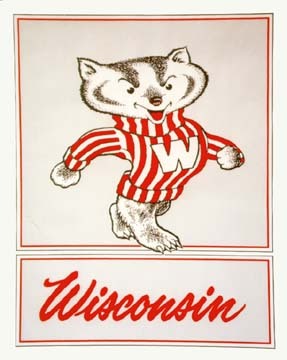 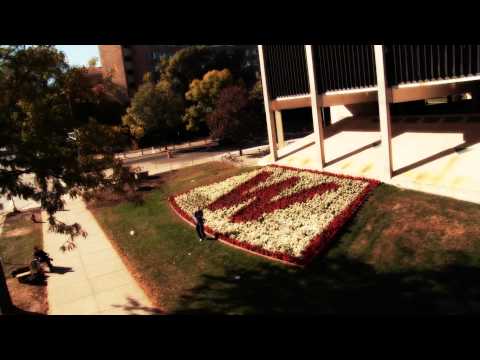