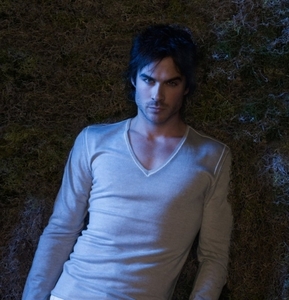 Damon Salvatore , Coolest Vampire in Mystic Falls
Okay , so Damon . What makes him so amazing ?
It's not just his good looks , or his snarky little comments . It's Damon himself .

Damon has a lot of bad qualities , but he makes up for it by being so caring and amazing . I'm not trying to force my opnion on anyone , but I think Damon is probably the coolest and most amusing character on the Vampire Diaries .
He has a dark , sarcastic , very vampire side which attracts me and a lonley , very human side too . In the first few episodes , Damon seemed very cold and detached and basically quite nasty . But now , now Katherine has butted her nose into Mystic Falls , Damon has been heartbroken and crushed about a million times .
I know a lot of fans will say that Damon doesn't deserve sympathy because of all the evil things he's done , but did Damon choose to fall in love with Katherine ? Did he choose to become a vampire? The answer to the second question is No . Damon only wanted to be a vampire if Katherine would be with him . It was Stefan , Stefan wanted his brother to be with him for eternity . But eternity is a VERY long time .
Stefan and Damon are both to blame in their now destroyed relationship .
Stefan wanted a brother forever and when Damon didn't want that because Katherine had fell for hum too and turned him as well .
Damon wanted only Katherine , and when she "died" , that tore him apart .


When Damon found out that Katherine couldn't give a crap about him , that ripped him up more than losing her 145 years before . For ages after that , Damon flinched at just the mention of her name . Damon is just a person who puts on a hard and evil act to cover his emotions , and that is wrong . And then there was Elena , Katherine's idenentical twin . Damon admitting to Elena that he loved her , was just the first step in the Delena/Stelena love story/battle.
We can't tell what Damon's opinions are by the way he talks , but we can by his eyes .
Damon's eyes reflect what he feels , no matter how hard he hard trys to cover it . And that's all thanks to the spectacular acting of Ian Somerhalder .


Damon is truely the best character in the Vampire Diaries , because he is the vampire from the past . The dark , foreboding , sexy beast that everyone falls for . Vampires are vampires, nothing can change that , but they still have humanity(unless you're called Isobel , then you don't ) Damon's humanity is being able to love again , after having his heart , soul and mind destroyed . And now you know why Damon is so amazing . 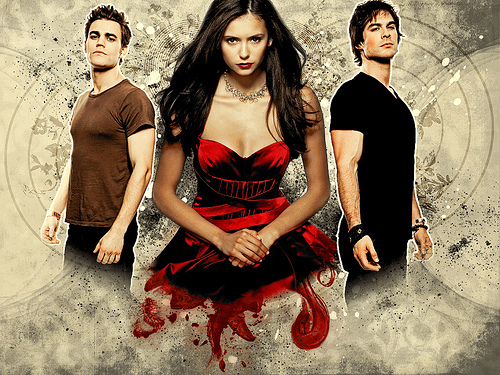 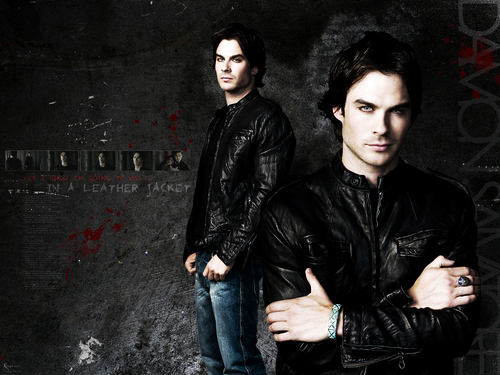 The Vampire Diaries
added by KATIE4DAMON 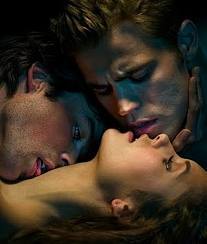 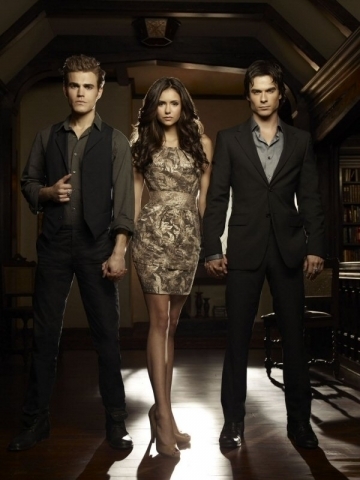 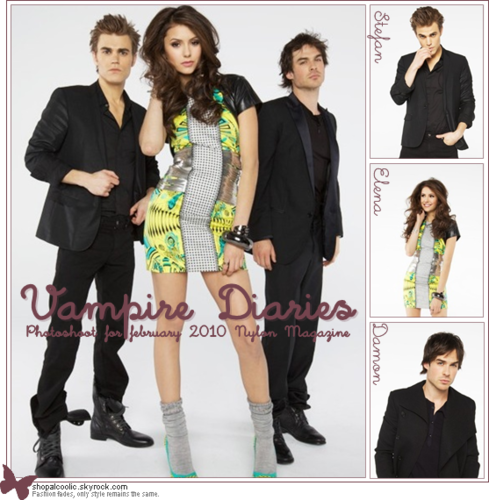 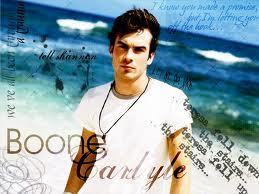