3
Old Life: Rewrite
posted by Adritha
“Leon, wait,” Yelled my little sister Yuffie, who was adopted. I was half way out my bedroom window.
“Shush, you’ll wake mom.” I told her
“But, Leon, you shouldn’t sneak out. You’ll get in trouble again.”
“No, I won’t, unless you tell on me again.” I whispered to her.
“What happens if mom wakes up?” Yuffie asked.
“Just go back to bed and stop worrying about me.” I almost yelled. I jumped the rest of the way out of my window without another word. As I hit the ground I started jogging down the street away from my house. As I turned the corner I slowed down so I was walking. While I was walking I looked up at the sky. It was Halloween night but no one trick-or-treated in this neighborhood because they believe vampires live in this part of the world. I don’t believe that vampires exist.
As I turned the corner I could here footsteps coming towards me. I stopped right there to see if the person was fallowing me. I could tell he was running up to me. So I turned around to punch him but instead someone jumped in my arms.
“Leon,” She yelled. It was Yuffie.
“I told you to say home and go to bed!” I yelled at her
“But, I couldn’t sleep and I wanted to spend time with you.
“Ugh,” I groaned, “alright i'm taking you back home.” I said to her as I walked back to the house.
She grabbed my arm and cried, “No, I don’t want to go home. Not yet!”
“Fine we’ll walk for a little while.” I muttered. We started down the street without saying anything to each other. We walked for at least a half hour when I turned around and said, “alright its time to go home.” But she wasn’t their. “Yuffie!” I yelled hoping she would answer. I ran back the way we came to see if she stopped anywhere. As I jogged back I found one of her slippers. “Yuffie!” I yelled again. I looked around when I saw another one of her slippers across the street in front of an abandon house. I ran across the street and decided to go inside the house to find her. When I got in I saw a figure in the corner of the room.
“Leon,” It said.
“Yuffie, is that you?” I asked. I walked over to her as she disappeared, “Yuffie!” I looked around the house to see if she moved some where else. As I glanced up the stairs I saw Yuffie again.
“Leon,” She whispered. I ran up the steps skipping a couple of them. As I got to the top she disappeared again.
“Don’t tell my sisters dead and became a ghost.” I yelled at the house. Then something grabbed me from the back of my shirt and threw me down the stairs. I landed head first on the floor and every thing went dark. I couldn’t move either. As I laid their paralyzed on the floor I heard voices.
“Nice, Riku, you weren’t suppose to kill him.” Said one. I could tell by the voice it was a girl.
“I didn’t kill him he’s just out cold.” Growled a guy. Aberrantly it was the guy Riku. Every thing went quiet after wards. My eye sight came back an hour later. I was put in a room up stairs on a couch. In the corner of the room I saw Yuffie.
“Leon, you need to get out of here. They’re going to hurt you.” She whispered and disappeared. As I stood up Riku and the girl came in.
“What did you do to Yuffie?!” I yelled at them.
“That little girl, I heard she’s been a ghost for five years now. Right Namine’?” asked Riku. The girl, Namine’, nodded.
“So Riku can we keep him?” Namine’ begged.
“Yeah go ahead.” As Riku said that Namine’ disappeared then I got a strange pain in my neck. That’s when I collapsed to the floor. Every inch of my body was hurting. I wanted to die right there and then. The last thing I remember that night was that I was put on the couch and told everything was ok.
I wake up a couple of days later. As I sat up I saw Yuffie on the end of the couch crying. “Leon, this is my fault. I should have stayed home like you said.” I didn’t know what to say so I got up and went over to here. By the time I got over to her Namine’ came in then Riku.
“So, Leon, how are you?” asked Riku.
“I’m going home.” I told both of them.
“I wouldn’t do that. You might loose your family that way.” Namine’ sang to me.
“So I’m stuck here with you?” I asked her.
“Yes!” She laughed.
Years have passed since then. I still live with Namine’ and Riku, who I despise for doing this to me but I stay with them because they are teaching me to control my self around living people. I also live with my adopted ghost sister. So that is how my old life ended and my new life begun.
adwbuffy, sapherequeen and 1 other like this
hassleberrygirl it awesome 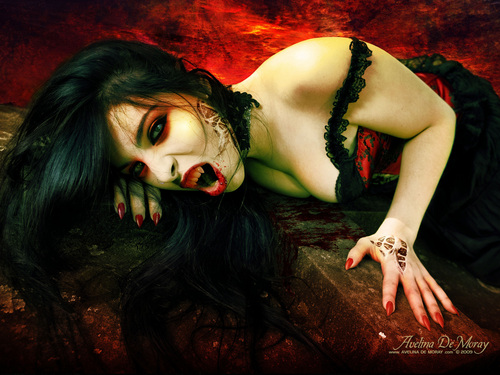 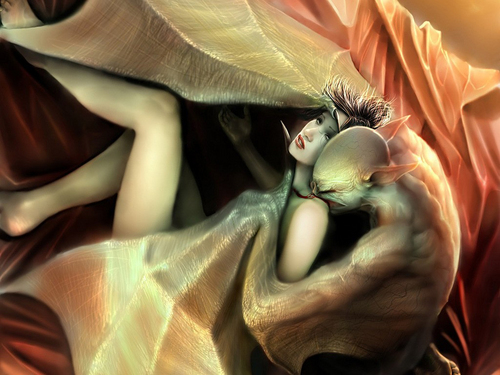 Vampire and Victim
added by sapherequeen

4
Interview With The Vampire
added by Cammie
Source: Geffen 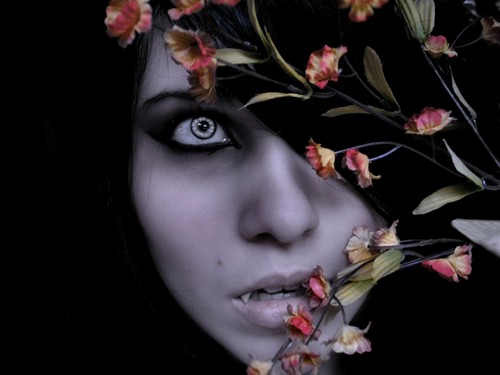 3
Secretly a Vampire
added by ElenaTheVamp
Vampires v Aliens: Fight to the Finish
posted by kkeithh
Chapter One

In the first decades of the 21st century, it would hardly come as a surprise to learn that we are not alone in this vast universe. It is generally accepted that microorganisms populate the cosmos, however the existence of intelligent life beyond our pale, blue dot engenders a more robust debate among scientists, scholars, religious authorities, and the public. Many people are of the opinion that if ET existed we should have heard from him by now. The deafening silence screaming out from the void is proof that we are alone in our superior intelligence, as defined...
continue reading... 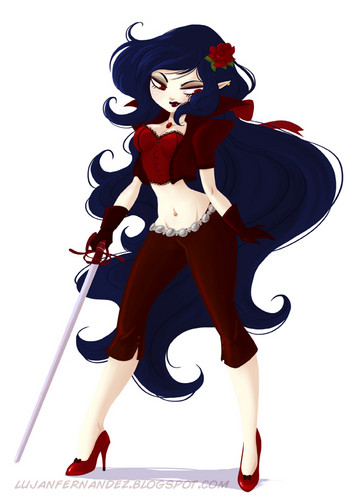 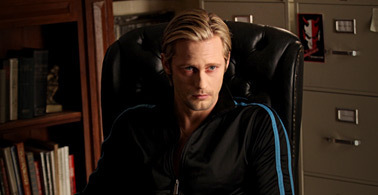 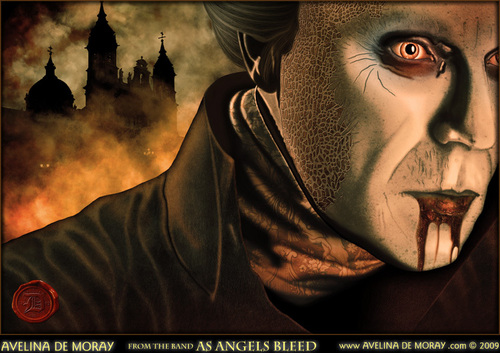 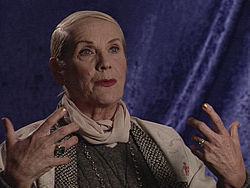 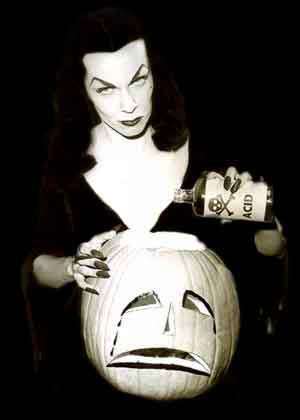 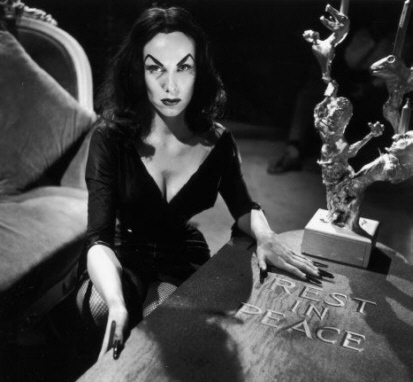 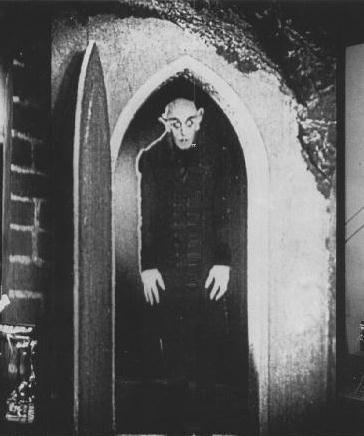 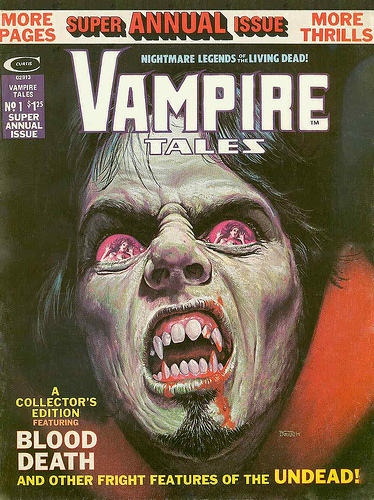