CHAPTER 2
I was on my way to Trig and I really was in a bad mood after having a very unpleasant accident in lunch. I hurried to my seat but as I was moving down the aisle the thin little chain on the side of my bag, got caught on the corner of a desk. I was already mad from lunch so instead of calmly unhooking it, I started yanking at it, and to my great distress all of my books fell out.
“Ughhh,” I said. And I knelt to pick them up. As I was picking up my trig book I saw another pair of hands trying to help me, I looked up to see who it was and to my great and utter surprise it was none other than Alec Vorkiev.
I was not expecting him at all, I could have believed the moment if it had been someone else who was helping me. We both reached for the same book at the same time and our hands touched. His was cold as winter against my warm skin. And he pulled his hand away so fast it took me by surprise.
“Umm… thanks,” I said.
“No problem.” And he gave me a smile that made my heart gallop at a million miles per hour.
I started turning red, I felt like he could hear the pounding of my heart against my chest just as I heard it pounding in my ears. I just stood there like an idiot, completely hypnotized by him when he pulled my chair for me. I looked down embarrassed, and sat down and he took me by surprise again by sitting next to me.
“So,” he said. “What have you been up to?”
I blinked, his question took me by even more surprise, especially the way he was talking to me, like we were two people who were friends since childhood and had lost contact, and now all of a sudden they had reunited.
“Umm…nothing, really,” I said with hesitation. “Just school and my birthday party.” I had no idea why I mentioned the party; I mean I didn’t even want the stupid party in the first place. It just came out of my mouth of its own accord. But soon I realized why I had done it.
I was talking about the party hoping that he would ask about it, and so then I would just find myself with the opportunity to ask him if he’d like to come.
“It’s your birthday?”
“Yeah.” I said at loss of anything else to say.
“How old are you going to be?” he asked seemingly interested.
“Eighteen,” I said. And before I even thought about it I heard myself blurting out, “Maybe you can come?”
His eyes seemed thoughtful for a second then they seemed to sparkle just like his smile as he said, “Yes, I think I can make it.” He said, and as I looked at him I got the feeling that he was trying not to be too elated.
He started asking me questions about me and I answered him in delight not wanting the magic that was between us at the moment to slip away.
I heard a throat clearing from the front of the class. But I didn’t pay any attention to it until I heard a voice say “Miss Goldsmith I’m sorry to interrupt what I’m sure is your very interesting conversation, with Mr. Vorkiev. But unless you two would like to continue your conversation at the Deans office I suggest you pay attention.”
I started to sit straight when I realized how close I was to Alec. He turned towards the front and looked down, I did the same and from the corner of my eye I could see that he was silently shaking from laughter. I started smiling and Mr. Tanner caught me.
“Am I missing some sort of joke?” He said with a stern look that made me want to laugh even more.
I turned serious—well as serious as I could manage to—and looked down just like Alec. After Mr. Tanner’s back was turned I looked to look at Alec and he was looking back at me. We were both smiling and after a few seconds we each fell into a fit of silent laughter.


* * *
David
I was standing there outside of Jessica's house. I listened to what she was telling her friends. How ironic that she, the one person that wasn’t worried, the one person that thought it was all a story, was the person who had just been with one of those “evil killers”.
She had no idea that I had only even looked at her because she simply smelled delicious; the scent of her blood had been enough to almost drive me crazy. But it was nothing compared to the smell of that friend of hers. What was her name? Oh, yes Sophia. Yes, that was her name. Her scent really was irresistible I could only contain myself because I had such strong self-control, but every strand of my being yelled at me to get in the house and drink her blood……
Elena-katerina, Thekirby801 and 2 others like this
archiejake1991 Good work.......I will read ur story.continue writing:)
dimitrirocks Thanks
princesspinkla it was really really good
dimitrirocks Thank you... It feels really good to hear that.
story of a vampire girl ch. 4
posted by Fangirl99
"no this cant be!" Vanessa shouted in anger."im not a vampire!Th-Th-thers got a be another explanation!"

"im sorry,vanessa,'Dr.Vamp siad,getting up from is chair."If you dont believe me,you can always ask your mother."Dr.Vamp disappeared into the drakness,and Vanessa wet on her way.

When Vanessa got home,she went straight to her mother.

"oh no!did you get in trouble."

"no,i left before andy teachers are the principal saw.Then,when i was walking,i saw a sign saying if you have strange behavior,visit Dr.Vamp"

"oh,no."...
continue reading...
2
Damn Nation: A Refreshing New Take On On Vampire Movies
posted by vampiregrrl999
For those who have gotten tired of pretty, sparkly vampires, there is a new vampire movie coming out called Damn Nation. The movie sounds completely different than anything you’ll get from the Twilight saga, with the vampires in this movie cruelly attacking the world and seeing what remains of it. The movie shows how the government moves all survivors to London, while they try and figure out what the hell to make of the mess the vamps have done.

So what’s new about it? Well, it’s a look at vampires the way some think they’re meant to be seen. No new added twists, no weird interpretations,...
continue reading... 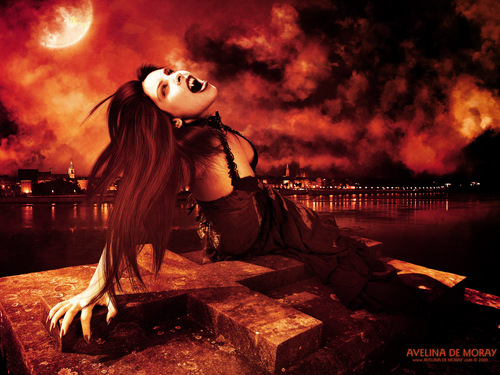 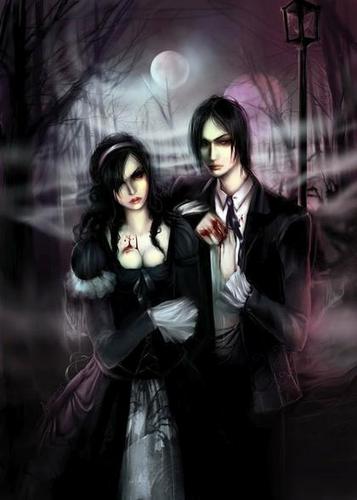 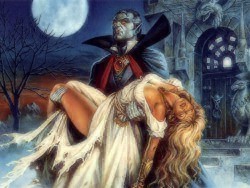 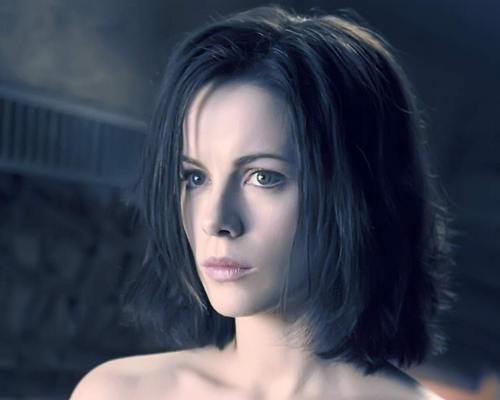 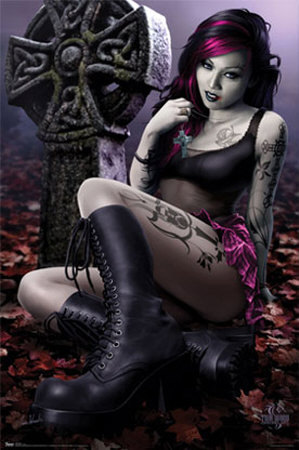 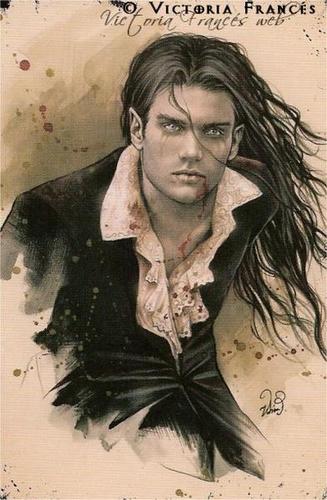 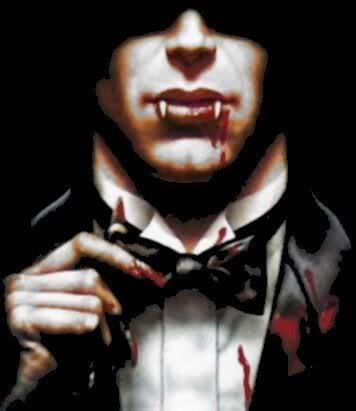 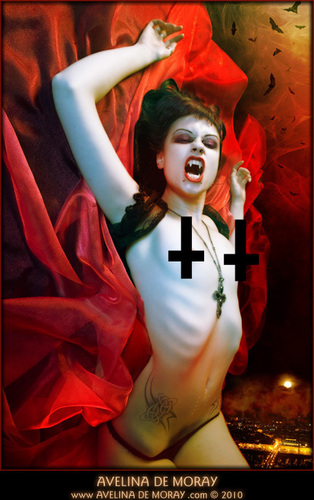 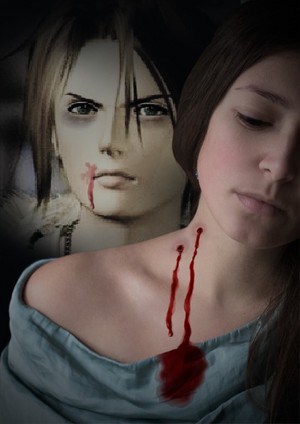 9
Vampires - Enigma 'Sadeness'
added by bendaimmortal
I did not make this video. This is just MUST see to anyone who's ever loved vampires and to educate Twilight fans about what's a real vampire. ;D
video
vampires
queen
of
the
damned
lestat
dracula
underworld
true
blood 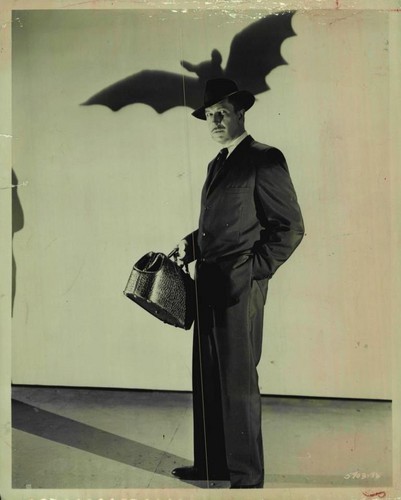 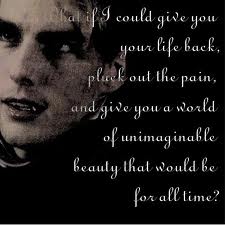