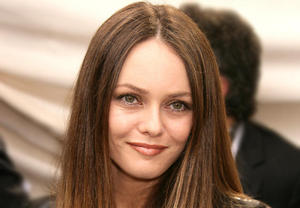 Divine idylle
Mon amie l'idylle
Je réve idylle
Divine idylle...
continue reading...
Vanessa Quote
posted by MrsDepp1995
As I have a very delicate skin, I can’t change product all the time. My darling and I are very regular customers of Clarins cosmetics. I almost use just them, I wash my face with the lathering gel, I use the clarifying masks, oils for the body, I love… From 15 to 20, I used too much makeup. As I thought I was hideous, I had to hide myself. I still have this dark circle around my eyes, which makes me look dead. Anyway, when people saw me without makeup, they felt sorry for me. I’m beyond all that now. It’s obviously thanks to the look of the man who loves you and makes you feel comfortable.
♥Just my feelings ♥
posted by MrsDepp1995 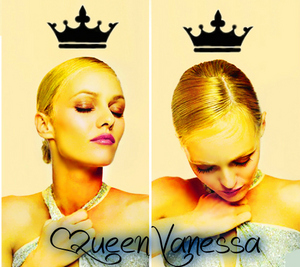 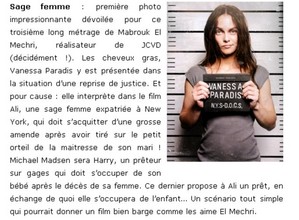 First impressive photograph revealed for this long length third of Mabrouk El Mechri, director of JCVD. Greasy hair, Vanessa Paradis is there presented in the situation of a resumption of justice. And with good reason: she interpretes in the film, Ali, a wise expatriot woman of New York which must fulfill a big penalty after pulling on the small toe of the maitress of her husband! (Not sure what this means. could Maitress be Mistress?)
Michael Madsen will be Harry, a lender who guarantees which must be in charge of its baby after the death of his wife. This last offers Ali a loan, in exchange that she will be in charge of the child... A very simple scenario which could give a good film barge as El Mechri likes them.
More Cards
1234567891011