1
What are the Vocaloid character rankings based on popularity?
posted by ZekiYuro
When it comes to companies viewing which of their Vocaloid products sale compared to others, that counts as popular to them. However, in an attempt to answer this question based on fandom reactions, it appears Hatsune Miku is the most known, with Kagamine Rin as highly favored with Kagamine Len afterward.

This is a listing of eight based on the fandom's familiarity with the following characters. An increase to make the listing a "Top 10" results in the ranking shifting between every Vocaloid currently released. This list can be viewed as outdated at any time due a Vocaloid's usage, songs, artwork, and fandom support for a month or year.

1.Hatsune Miku
2.Kagamine Rin
3.Kagamine Len
4.Megurine Luka
5.(Megpoid) Gumi
6.Kaito
7.Meiko
8.(Gackpoid) Kamui Gakupo
9.IA
10.Lily and SF-A2 Miki
NagisaFurukawa- likes this
SageLeaf62 I did a search to see how known Vocaloids are, and I find what? 11? You're missing 67 of them. I don't mean to sound rude but this prooves my point that Vocaloids fall into 6 categories. 1: God 2: Very Popular 3: Popular 4: Unpopular 5: Unheard of 6: Near Nonexistent Because most people don't search any farther than 'Hatsune Miku', they generally don't find out about the others until a year or two later if at all. So here's my list of all the Vocaloids that fall into these categories, followed by some reasons why. 1: (God) Miku Hatsune [Miku's so popular in Japan and America that some people go so far as to call her a 'Goddess' She's got merchendise ranging from Pizzahut boxes to beds to a freaking motorcycle.] 2: (Very Popular) Luka Megurine, Rin and Len Kagamine, Gumi Megpoid, Kaito, Gakupo, Meiko [They fall here because that's where a big wall sticks up saying "Don't look beyond me" and most heeds it's warning. If you look up Vocaloids, you'll more than likely only get this far if at all, and you'll get about here where there's lots of great artwork and stuff.] 3: (Popular) IA, Lily, SeeU, SF-A2 Miki, Hiyama Kiyoteru, Yohioloid, Kaai Yuki [These are the Vocaloids that appear every so often on fanart. Because of their limited Popularity, they're hardly known and without sounding like a broken record i'll stop here.] 4: (Unpopular) Nekomura Iroha, Avanna, Sonika, Sweet Ann, Big Al, OLIVER, VY1V4, Yuzuki Yukari, Macne Nana, Ryuto, Tonio, Piko Utatane [These Vocaloids are in this category because this is where Unpopular splits off into Unheard of. People hardly ever find these, and I myself took a long time finding them. Again, i'll move on without spending too much time because there are things i wanna cover below the list.] 5: (Unheard of) Anon and Kanon, Aoki Lapis, Cul, CYBER DIVA, Lola, Leon, Maika, VY2V4 [These Vocaloids are here and are very fitting in here, because they were pushed aside like yesterday's cheese. i have to mention that they're hard to find without directy looking their names up, and i found it took me a while to find them. Under is where the Near Nonexistent category comes into place, which is the biggest one to wrap up the list.] 6: (Near Nonexistent) Chika, Clara, Daina, V Flower, Galaco, Luo Tianyi, Merli, Mew, Miriam, Otori Kohaku, Prima, Rana, Ruby, Sachiko, Stardust, Tohoku Zunko, Tone Rion, UNI, Xin Hua, Yanhe, Yuezheng Ling, Zhanyin Lorra, Akkikoloid-chan, Anri Rune, Kobayashi, Matcha, Masaoka Azuki, Ona, Ring Suzune, ARSLOID, Bruno, DEX, Fukase, Yuezheng longya, Yuu, Kyo, Wil, Hide, Ueki-loid. [This is the biggest and last category because as if they never exhisted, so few people have heard of them. Most of these i havn't heard of myself (Possibly because i don't like Chinese as much as Japanese) and I find that really Irritating for reasons i will discuss below.] The reason i wasted my life making this comment is because popularity ticks me off. categories 1-2 are mere worms compared to the voices that 3-6 have. Superheroes can be used as an example. most of the time heroes like Iron man, Superman, Spiderman, and Wolverine can defend a city or a house. but they'd loose in a fight against Batman, Ant man, or the Hulk. (Which brings me to mention that most popular things aren't as good so very few are worth the popularity... even though Batman is overpopular, he's not overrated. in fact he's underratted.) So Quality isn't the same as Popularity. Another example would be the Pop Radio station most America listens to on their way to work, at work, and from work. The songs might be catchy, but when you listen to the lyrics it's shocking. I like to say that All the Pop songs are the same thing. Just different background music, lyrics, and singers. That's why i like Vocaloids much better. Because as i mentioned before, The unpopular things are normally the best. Novice and even unprofessional creators of music outrank the Pop stations with their Ballads and rock solos by 200% because they've got a bigger immagination. Seeing as how professionals do it for money, youtubers do it for respect, a good feeling, and their own popularity. Have i made myself clear? Again i'm not trying to seem rude, but i'm disgusted at the horrible popular things because they're like hell compared to the unknown others who are above and beyond them. Like Heaven. Just to close up the comment, i really don't want to sound rude, i just want to make sure that anyone reading this comment will go and check out the other Vocaloids, and see what i'm talking about. This is SageLeaf62, Signing off 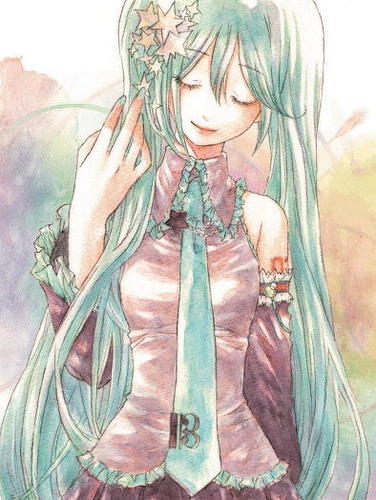 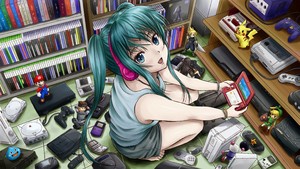 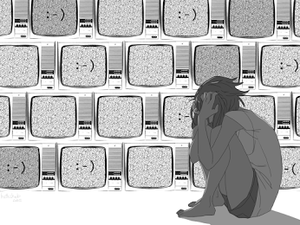 Gumi - ECHO
added by simrananime
Source: sorry for the uncredited image, if u know the artist pls message me and i will add it!~ 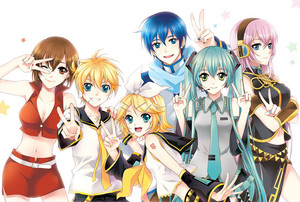 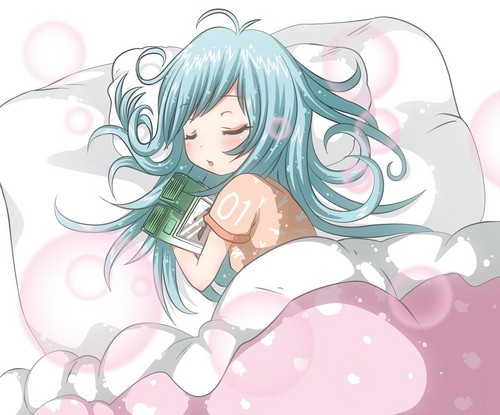 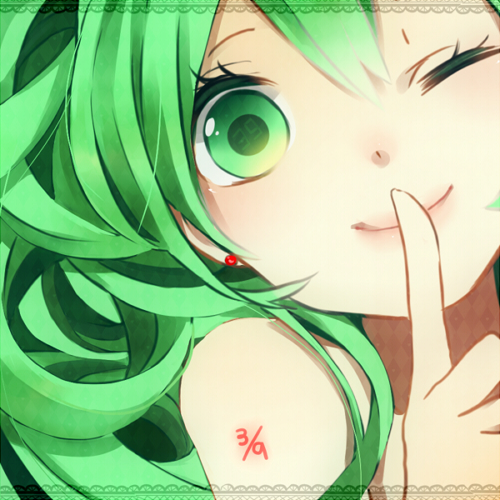 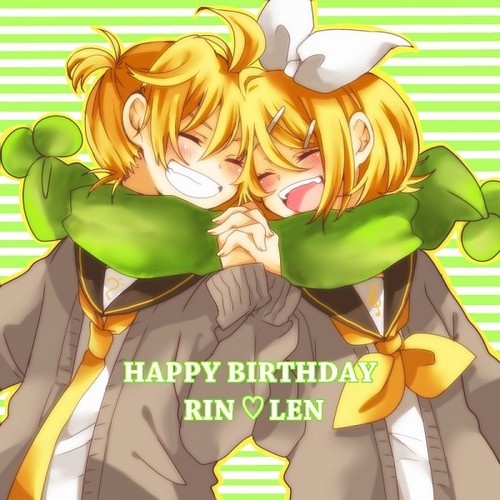 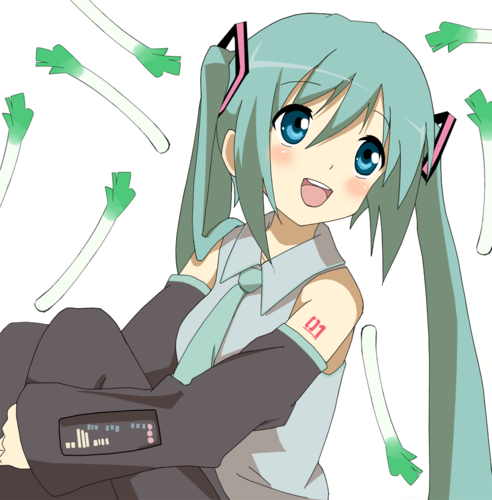 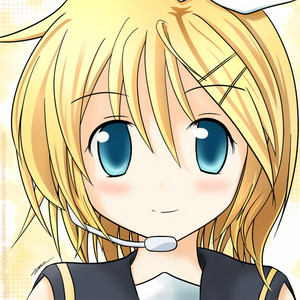 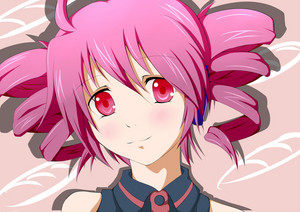 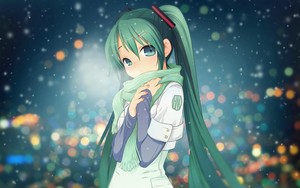 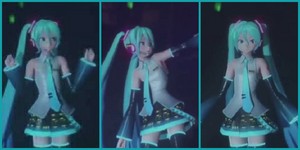 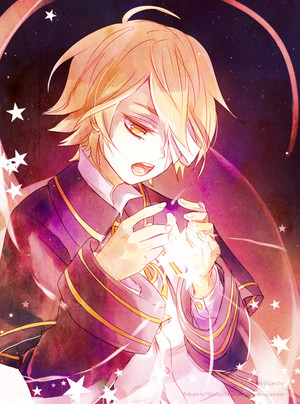 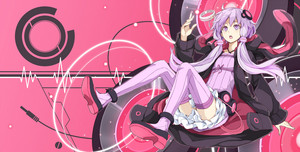 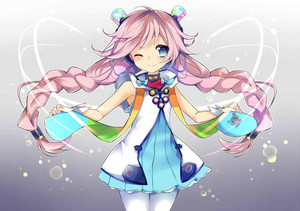 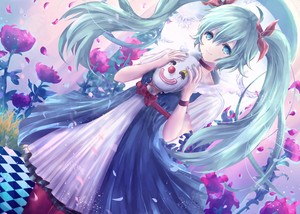