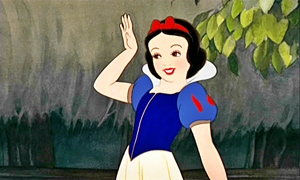 Snow White in the Disney version is, strangely, not in fact very beautiful - although extremely attractive. Presumably deliberately, Disney opted for girl-next-door prettiness rather than out-and-out beauty. Moreover, Snow White appears to be extremely youthful, aged perhaps between 12 and 14 (although modelled by 18-year-old Marjorie Belcher), and still with a trace of early adolescent plumpness. However, framed by her dark, shortish hair, her face has an infinitely appealing innocent charm and sweetness.
Snow White's voice reinforces this impression of youth. This voice was supplied by Adriana Caselotti, the daughter of a Hollywood singing teacher. Interestingly, among the many hundreds of young women who were auditioned for the part was Donna Durbin; she was turned down on the grounds that her voice was too mature, too well honed. What is startling is that the Snow White we see and hear is in fact an older version of the original character with whom the Disney animators worked: quite early on Walt had to decree that their Snow White figure was really too young for the tempests of love (she must have looked about 8!), and that they should add a few years to her age.
Animated by Hamilton Luske and Grim Natwick, Snow White is herself in many ways something of a cypher: a character to whom things happen rather than a doer. This is a quality shared by many Disney heroes and heroines and, in terms of the resulting features, is in fact a strength rather than a weakness, since it allows all the other characters to shine by contrast. The only time during the movie that Snow White acts on her own initiative and exerts her personality is while she is cleaning up the cottage and then "adopting" the Dwarfs. Otherwise she is forced or led to do things: she is chased of into the forest by the Huntsman;she is led by the animals to the cottage; she is persuaded by the Witch to eat the apple; she is brought back to life by the kiss of the Prince.
In an interview with John Canemaker published in Film Comment in 1975, Grim Natwick makes several pertinent remarks on Snow White's character and appearance:

"They didn't want her to look like a princess, really. They wanted her to look like a cute little girl who could be a princess. Snow White was a sweet and graceful little girl and we just tried not to clown her up. Betty Boop (whom Natwick created - a strong contrast!) gets quite wild at times, you know, but it's in her character. The best animation, generally, that I think I ever did was where Snow White runs down the stairs. It was too risky a thing to rotoscope so I had to animate that and it turned out to be one of the nicest scenes. I think we could have animated a lot of the film without rotoscope probably. But we didn't know. Nobody had ever done a human character like this. It was a new problem for all of us."

(In fact, Disney had animated human characters before, but the results had not been deemed too successful.)
Reminiscing in Funnyworld in 1979 Dick Huemer had more to say on the animation:

"Hamilton Luske was, I would say, directly responsible for the animation of Snow White herself. This was the first time that anything had been done that was beautiful in simple analysis of the action. It was done over live action, but if you could have seen what he did, taking the figure of Marjorie Belcher, making the head almost twice as large and cutting down the waist and reducing it to a cartoon format. This was a big job. What he did was really a sensational advance in the history of animation for serious human characters. He changed the proportions so Snow White became a cartoon-proportioned figure. Study her if you get a chance some time and see if you can tell how many heads tall she is. Instead of a human being a normal eight heads tall, she is about five heads tall, so it all had to be in different proportion. He did a great job on it."

The effect of such proportional changes, especially the relatively large head, was od course to emphasize the youthfulness of Snow White in contrast to the more mature and striking beauty of the Queen. At the same time, such changes of phyical appearance underwrote her essential passivity.
However, even although Snow White's is essentially a passive personality, it is not without its inner strengths. After her nightmare flight through the night-time forest she almost immediately wins the hearts of the timorous little animals, and in due course exactly the same happens with the Dwarfs. Moreover, or perhaps as a reason for this, she is very definitely portrayed as being in some way in communication with the simple things of Nature - the Earth and the flowers and the air - and in that respect she is almost like an elemental. Her passivity is not a sign of a character-falling: it is a symptom of the strength of her goodness. 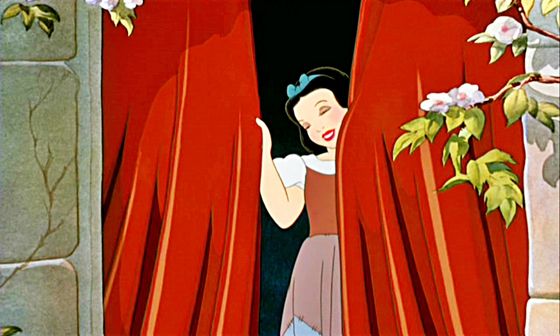 To convey Snow White's purity, the animators showed her as little more than a child.
IagoZazu, Taran85 and 60 others like this
ClassicTV Snow White is supposed to be a little girl?! All my life I thought she was around 18 to 20 years old! O.O
Silverrose1991 Well, I love this! Won't you post more characters? This seems like a wonderful book, even though the author put a lot of his own personal thoughts in it - after all, isn't beauty in the eye of the beholder? It's not his place to tell the reader either she is or not beautiful.
PrueFever Good to hear you love this, SilverRose1991 :D Sure thing, do you mean more Characters from "Snow White and the Seven Dwarfs" or just general more Disney Characters? :) It is a WONDERFUL Book, every Disney Fan should have this book ^^ I always take it with me, whenever I travel :D
Silverrose1991 I mean Disney characters, from any movie.
PrueFever Okay, have you read all the others I have posted here? :) There are quite a few ;) But I'll be posting some more after Christmas :)
Silverrose1991 Oh, I've read most of them. Jasmine, Belle, Fairy Godmother, Aurora, Cinderella, the Prince, Vanessa... quite a few, though I know there are many others to read. I'm glad to know you'll post more! Can't wait.
avatar_tla_fan I love this article. :)
49
The Encyclopedia of Walt Disney's Animated Characters: Maleficent
posted by PrueFever 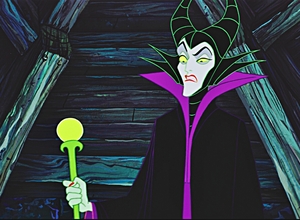 The evil Fairy, Maleficent.
The Encyclopedia of Walt Disney's Animated Characters: From Mickey Mouse to Hercules by
John Grant

Of all the characters in Sleeping Beauty, the one that everyone remembers, even decades later, is the wicked fairy Maleficent. She is one of the finest creations ever to come out of the Disney studio - and the brilliant transformation of her into the Dragon to fight Phillip merely adds to the strength of the characterization. Even her name - a wonderful combination of "malice" and "malevolent" - testifies to her pure evil....
continue reading...
27
The Encyclopedia of Walt Disney's Animated Characters: Shanti, The Girl
posted by PrueFever 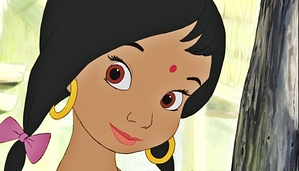 Shanti, the human girl.
The Encyclopedia of Walt Disney's Animated Characters: From Mickey Mouse to Hercules by
John Grant

Walt Disney Character Description of Shanti, The Girl from "The Jungle Book" (1967)

The little lass with a red spot on her forehead who comes down from the manvillage to captivate Mowgli is full of eastern promise. Although it will be a decade or so before the promise turns into anything else, she nevertheless enchants Mowgli as she fetches water from the river and sings the song "My Own Home", yet another fine piece of work from the Sherman Brothers.
She has little by way of character except her basic allure, which weaves a more powerful spell upon Mowgli than even Kaa's hypnotic attempts. Baloo advises the boy when he sees a female human for the first time: "Forget about those - they ain't nothin' but trouble!"
Mowgli, though youthful, has more sense. 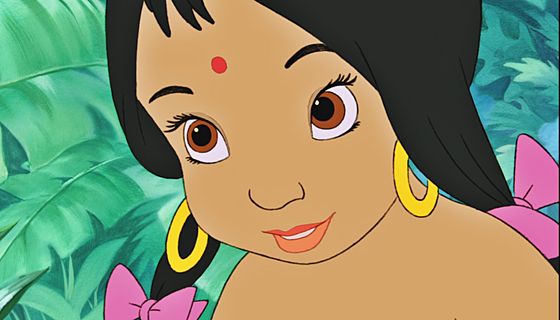 Mowgli did not want to become part of humanity... Until, that is, he saw the Girl. 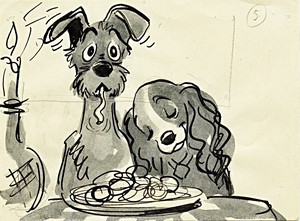 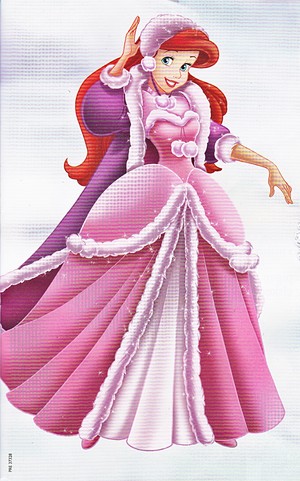 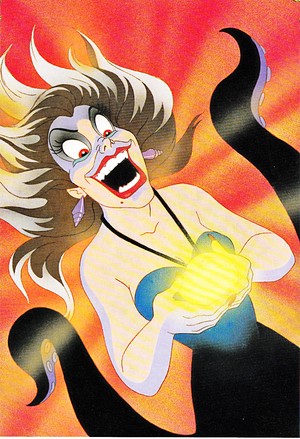 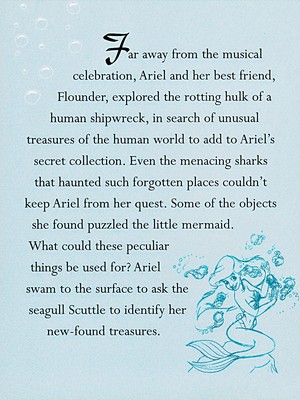 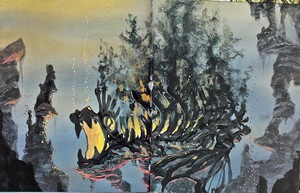 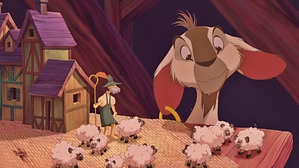 Esmeralda's pet goat possesses human intelligence and a fierce loyalty to his owner. When she is persecuted by the two guards in the early street sequence, it is Djali - before Phoebus intervenes - who initially almost sees them off, butting them with determined ferocity, even though he is a very small goat. He helps in other ways, most notably by assisting her in her oft-used disguise as a cowled male figure - he...
continue reading... 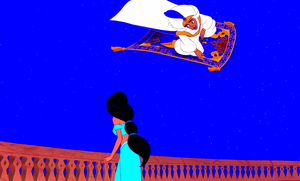 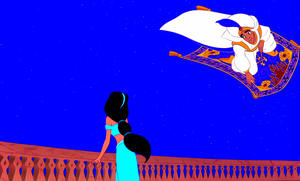 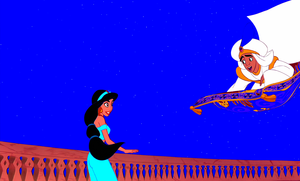 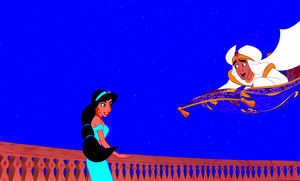 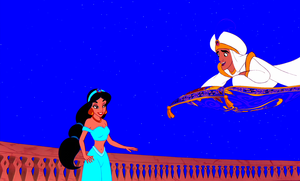 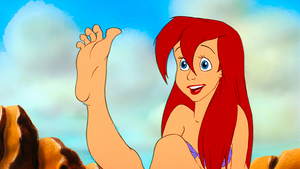 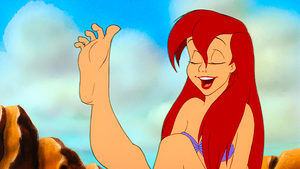 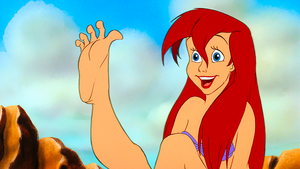 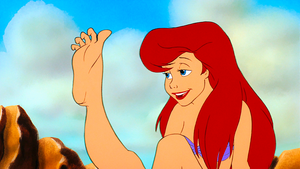 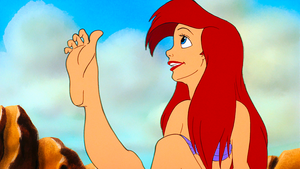