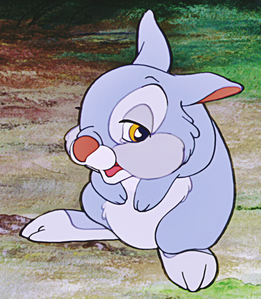 The young Thumper, ready for mischief and impertinence.
The Encyclopedia of Walt Disney's Animated Characters: From Mickey Mouse to Hercules by
John Grant

Thumper, animated by Ollie Johnston; Frank Thomas and others, is probably the star of the movie. To a great extent this is because of the unconscoously brilliant voicing of the part by young Peter Behn, said to have been discovered by two of the animators when visiting a friend’s house. (David R. Smith has checked with Johnston and Thomas, who say that Behn was instead discovered at an audition. As with so many matters concerning the early Disney movies, memories differ.) The voice is cute, but not in a nauseatingly affected way; it is ingenuous and clearly that of a real child rather than of an adult pretending to be one. Of course, Disney exploited its natural cuteness to the utmost, as in the classic piece of dialogue a few weeks after Bambi’s birth:

Thumper: He doesn’t walk very good, does he?
Mrs. Rabbit: Thumper!
Thumper (shrugging sadly): Yes Mama.
Mrs. Rabbit: What did your father tell you this morning?
Thumper (as by rote): If you can’t say something nice ... [thinks hard and fast] ... don’t say anything at all.

Ironically, at one stage early in the production it was almost decided to drop Behn’s voice altogether; fortunately one of the animators recognized how much of Thumper’s characterization could be based on it.
“When it comes to the animation,” Walt had said in one of the first story conferences, “we can do a lot with the rabbit. He (should have) a certain mannerism that can be drawn. We might get him to twitch his nose.” Even Walt could hardly have realized quite how much they would eventually “do” with the rabbit. The mannerism to which Walt referred proved eventually to be Thumper’s furious drumming of any available hollow log with his right rear foot - a trait inherited by his entire family, as we discover during the closing stages of the movie.
Blue-gray with pink-brown tummy and face, with a fluffy cottony “bib” and the most prominent buck teeth one could imagine, Thumper brings the house down. But it is not simply that we laugh at his antics: we like him, too. 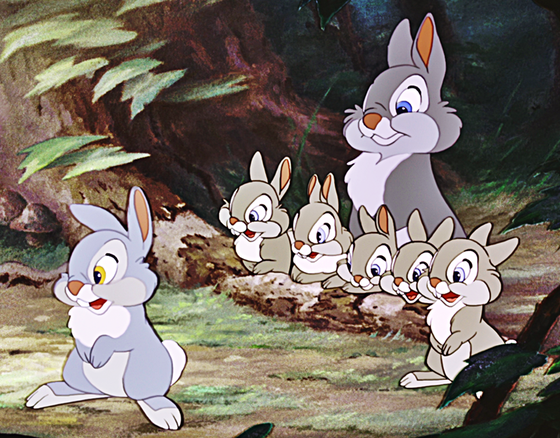 Thumper was the comic hit of the movie. Here he - typically - stands out in front of the rest of the family. Mrs. Rabbit, also seen here, was noticeable less on screen than in the soundtrack.
IagoZazu, Taran85 and 39 others like this 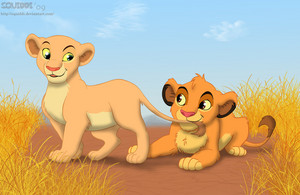 1
Tail Noming and Innocents
added by RainSoul
Source: Google Images and Whoever drawn this. 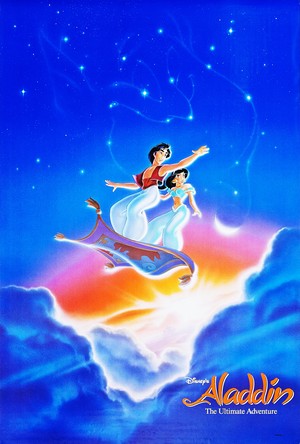 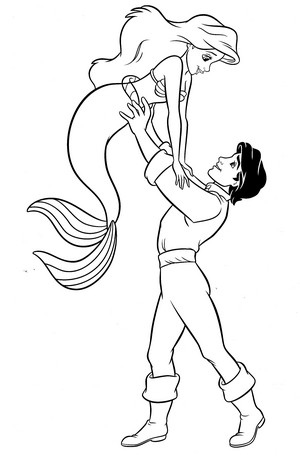 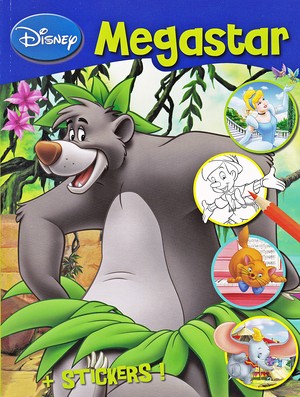 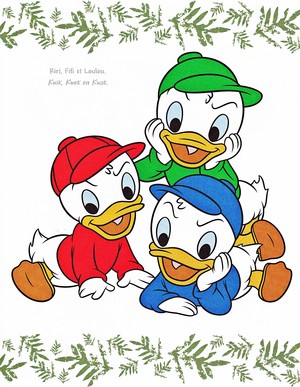 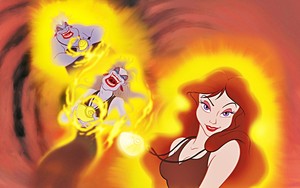 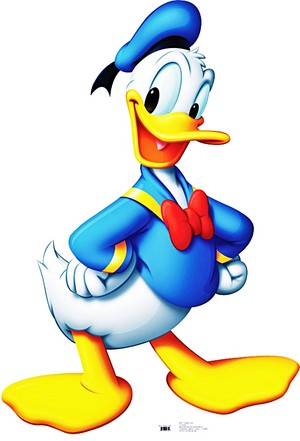 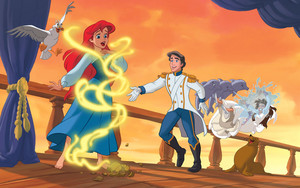 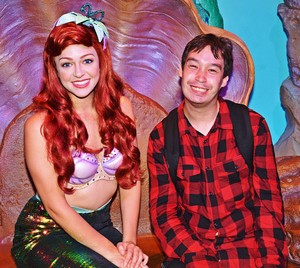 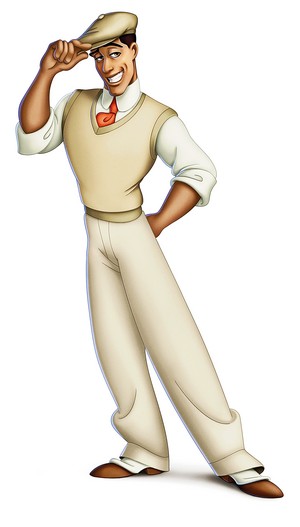 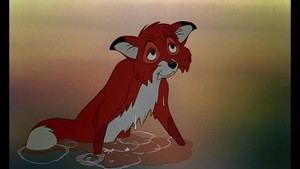 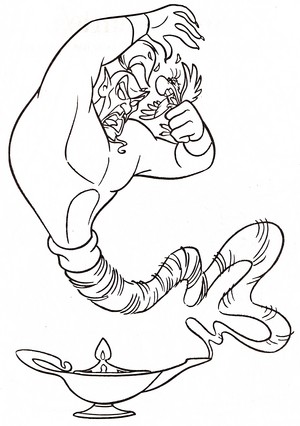 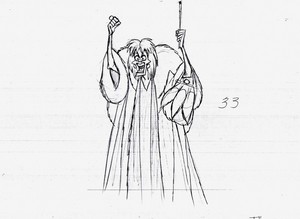 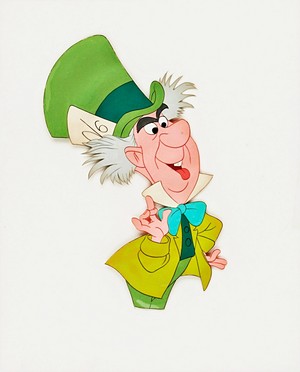 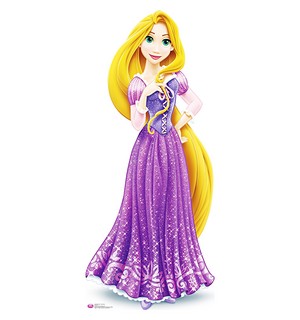 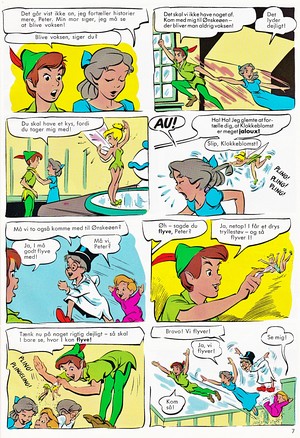 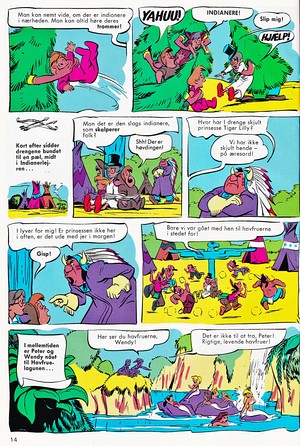