3
Why The Classic Batman Needs To Make A Comeback
posted by whatsupbugs
I miss the days of Batman. You might be wondering what that means, because there's plenty of new Batman content. However, I'm not talking about the dark, violent, anti-social vigilante who fights a clown that was disturbingly violent. I'm talking about the bright, heroic, fun superhero who fought a clown that was delightfully goofy. When I see people talk about who Batman is and what he's about, they usually describe the darker Batman from recent decades. It's sad to hear that, because that's not the Batman that Bill Finger created.

In Batman's first year, 1939, he was a dark vigilante. However, this was before the Batman character had been properly figured out. In the 1940's, Bill Finger brought a lot of strong changes to the Batman character. Batman was given an origin story, a sidekick and a new set of morals. In 1939, Batman did carry a gun. However, after the origin was thought up, Batman was re-invented as a more noble hero who would never shoot any of his enemies. Batman was disgusted by the evil actions of his enemies. He wanted to be a symbol of hope for his city. He was strong, thoughtful, compassionate and inspiring. This lighter take of Batman lasted throughout the 1940's and 50's.

In the 1960's, Bill Finger stopped being a writer on the comics. His departure, combined with comics being allowed to get away with more, led to a lot of changes. Batman comics were starting to get more serious. The colorful campiness was being toned down. However, Batman was still characterized as a noble hero, so a lot of the important elements were still there. The 1966 TV show helped make the colorful, upbeat Batman more popular than ever before. It helped Batman become known for being a wholesome, sweet superhero who battled an entertaining group of gimmick-themed supervillains.

In the late 60's, Batman comics were becoming darker. The stories were complex, the villains were more threatening and Batman wasn't as upbeat as he used to be. This continued into the 70's. The stories were well done and still had a sense of adventure and fun. However, without Bill Finger and his vision, it wasn't the same.

A lot of Batman fans think that the definitive Batman came from the 1980's. However, I believe that the 80's was the decade that led to Batman's downfall. The Dark Knight Returns is often considered to be the greatest Batman story of all time. Frankly, I don't really like it. The Dark Knight Returns helped make the darker version of Batman more popular. The colorful, campy charm of classic Batman was replaced with a gritty atmosphere. The action became more intense. Batman started feeling more like an action hero from an R-rated film than the family-friendly hero he used to be.

I believe the 1980's was also the downfall for Batman's biggest rival, the Joker. The Joker, who was created by Bill Finger, Bob Kane and Jerry Robinson, was one of the most entertaining villains in all of fiction. He was wild, bizarre and had a unique style of humor. However, The Dark Knight Returns took the charm out of the Joker. He was turned into a violent murderer who had a creepy obsession with Batman. Things got even worse with the graphic novel known as The Killing Joke. In that story, Joker paralyzed Barbara Gordon! That story even shows Joker shooting her in the stomach. That's not all he does, but frankly, I don't want to go into further detail. I've spent enough time of my life being depressed and disturbed by that story. To summarize, The Killing Joke is creepy, disturbing, depressing and it could be considered offensive. Yvonne Craig, the original Batgirl actress, was upset by the story, and I completely relate to her reaction. It's true that Joker was a murderer in his first comics appearance. However, there was no blood or gore. Also, for a majority of the 40's and 50's, Joker was more entertaining than creepy. He was eccentric and goofy, not violent and sick.

The 80's also gave us a popular story called Year One. While Year One did introduce some interesting antagonists, like Carmine Falcone and Commissioner Loeb, it has some problems. One of them is that they made Catwoman an ex-prostitute. Also, Commissioner Gordon cheats on his pregnant wife. This makes me wonder why comics writers are so obsessed with taking Bill Finger's innocent ideas and objecting them to such dark material.

The 90's was more of the same, but was an okay decade. It certainly wasn't as problematic as the 2000's. The 2000's led to such stories as The Dark Knight Strikes Again and All-Star Batman and Robin. Those stories are filled with cynical heroes, objectifying women, extreme forms of violence, Batman being abusive towards Robin, Batman referring to himself as "the Goddamn Batman" and Superman being treated like a fool. In other words, those stories are offensive dribble that barely have anything in common with the classic Batman that Bill Finger created. I'm sure that even Bob Kane would have some problems with those stories.

The Batman franchise has done so much for me. There's been a countless amount of times where Batman has given me entertainment, happiness and enjoyment during my darker moments. Batman has been a hero that I look up to and get inspired by. There's been times where just hearing Batman's name makes me feel sentimental. The classic Batman is a timeless treat to the world. Bill Finger's creations don't deserve to be turned into as many dark and twisted things as modern writers can think of. Bill Finger's creations deserve to be treated like the colorful, fun and wonderful characters that they were always meant to be. Gotham needs their hero back. Bring back the classic Batman and have him fight the Joker. We've had enough cynical, violent stories. Let's have some good-natured fun.

In one of Adam West's last interviews, his advice to future Batman actors was to bring a sense of fun to the role. I believe the same should apply to the people who write Batman. Batman might be called the dark knight, but if you ask me, Batman's the symbol of hope that the world of comics needs.
Jet-Black, yorkshire_rose and 1 other like this
ktichenor 100% agree! Batman these days is so dark! Such a shame. Batman and Bill Finger's legacy deserves better.
yorkshire_rose Bill Finger certainly brought new life to Batman and Adam West did the same... to me Adam was everything Batman should be. Unfortunately today's writers think we want to see the dark side of everything and that's just not true ! people want to see family friendly shows/films ones we can all enjoy and aspire to.If Bill Finger and Adam West didn't bring that then I don't know who does :) Wonderful article as always ☆
Jet-Black This sort of inspiration will lives on, you are a devoted fan bugs.
The Actors Who Have Played And Voiced Batman On Television
posted by whatsupbugs
In addition to being one of the most popular characters in comics, Batman has had a successful career on television. He has had several shows of his own, in addition to being in shows with his fellow superheroes.

Adam West played Batman in 1966's live-action Batman television series, as well as 1979's Legends of the Superheroes TV special. He voiced Batman in 1977's The New Adventures of Batman and the last two seasons of Super Friends.

Olan Soule voiced Batman in 1968's The Adventures of Batman and most seasons of Super Friends. He also voiced Batman in his guest appearances on Sesame Street...
continue reading...
My Favorite Superhero Films From Each Decade
posted by whatsupbugs
Towards the end of the 1930's, Superman and Batman helped start a popular trend of superhero comics. The comics became more popular than expected. This led to the superheroes being adapted in several forms of media, including films. As time has gone on, more and more superhero films were released. Now, superhero films are among the most successful films in the world.

Superman 2
Superman 3
Superman 4: The Quest For Peace
He-Man & She-Ra: The Secret of the Sword
Masters of the Universe
Batman
Our Friend Power 5 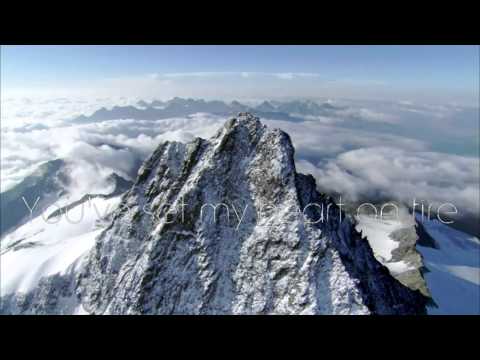 2
All my worries die 💫
added by Jet-Black
video 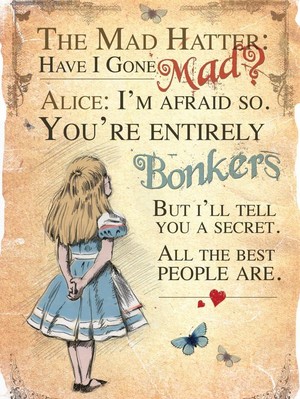 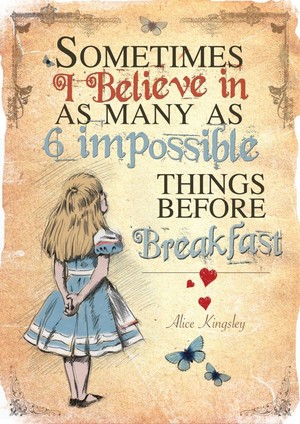 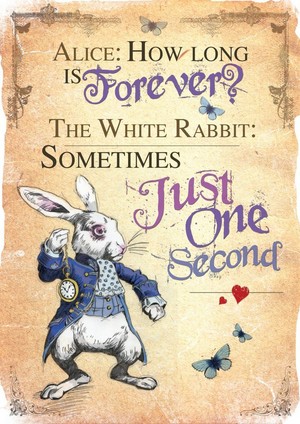 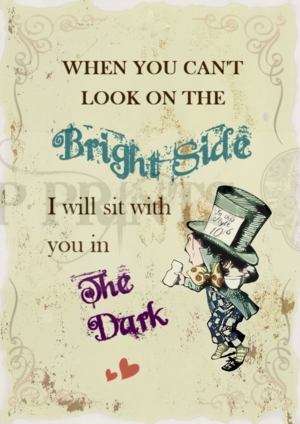 1
Alice In Wonderland Quote For My Dear Friend ♥
added by yorkshire_rose
Source: pinterest
Avatar: The Last Airbender Voice Cast
posted by whatsupbugs
Avatar: The Last Airbender is a Nickelodeon animated show from the late 2000's. The show was a family-friendly adventure show about Avatar Aang, a young boy, and his friends having to save the world from the evil Fire Nation. The show lasted three seasons. It has gone on to become one of the most beloved cartoons of all time. In 2010, the show had a live-action film. The show's popularity led to spin-off show, The Legend Of Korra. 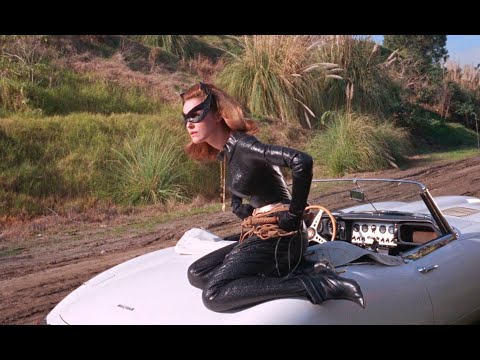 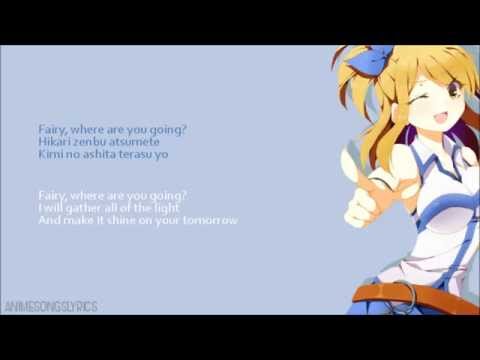 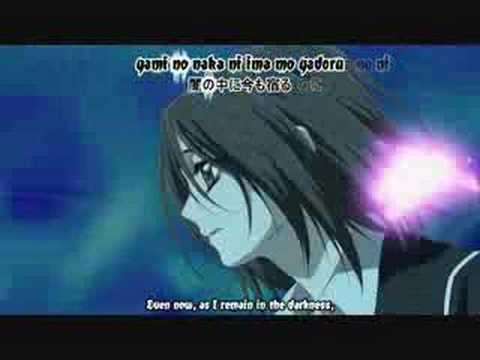 1
Vampire Knight Opening
added by Dogpaws
youtube
video
bat
bff
anime
vampire knight
My Thoughts On Each Season Of Avatar: The Last Airbender
posted by whatsupbugs
Avatar: The Last Airbender is an extremely beloved animated series, that has three seasons. Due to usually disliking popular things and having an odd enjoyment for hated things, I kept avoiding this show. I thought I wouldn't enjoy it, but I'm glad I was wrong.

I was planning on ranking the three seasons, but I decided it would make the most sense to go in order. If you haven't seen each season, you might want to avoid reading this article, because there will be spoilers.

Book One had a lot going against it. In order to keep the show's main villain, Ozai, a mysterious threat, he basically...
continue reading...
1
Vincent Price, One Of Hollywood's Greatest Stars
posted by whatsupbugs
The purpose of my articles is to highlight stars and films that deserve more attention. Vincent Price is a star that's undeniably famous and legendary. Despite that, I still believe he's underrated and deserves even more recognition and respect.

Vincent Price was an actor who became famous for his unique style of acting, as well as his interesting filmography. Vincent Price had a habit of starring in films that centered around spooky stuff. Some of his films are even classified under the horror genre. However, unlike other horror films, Vincent Price's film weren't super scary or gory. Instead...
continue reading... 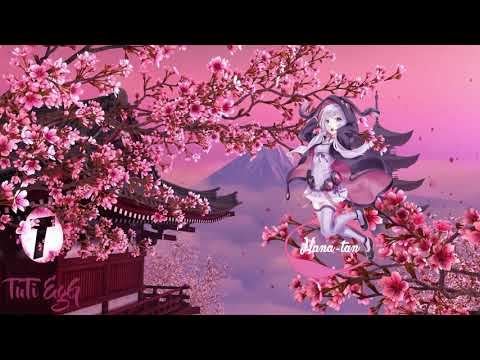 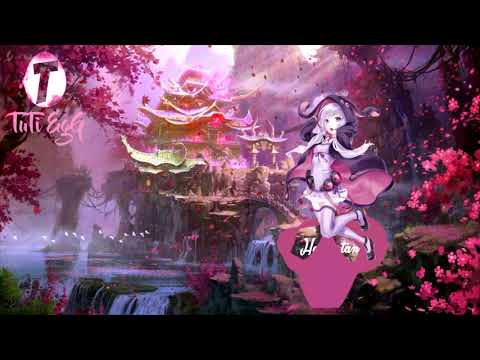 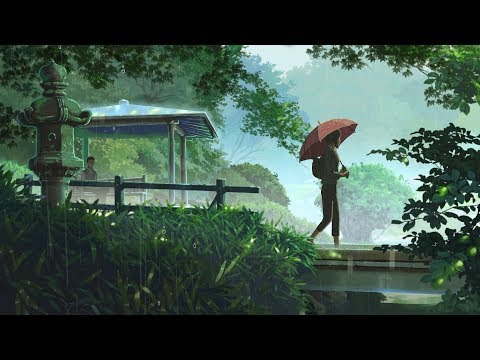 1
Peaceful Piano & Soft Rain - Relaxing Sleep Music, A Bitter Rain
added by Dogpaws
youtube
video
bff
bat
music
piano
rain
beautiful
love
My Little Pony: Equestria Girls Film Series Voice Cast
posted by whatsupbugs
The popularity of 2010's My Little Pony: Friendship is Magic led to My Little Pony: Equestria Girls, a spin-off from 2013. The film had Twilight Sparkle going to the human world and meeting human versions of her friends. Although fans were initially worried about the concept not working out, the film turned out to be a success. The success led to three sequels: 2014's Rainbow Rocks, 2015's Friendship Games and 2016's Legend of Everfree. Also, Sunset Shimmer, a character created for Equestria Girls, became a fan favorite. 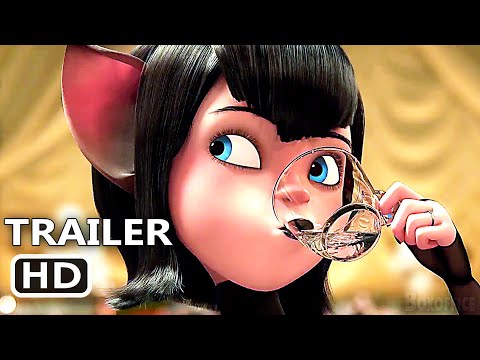