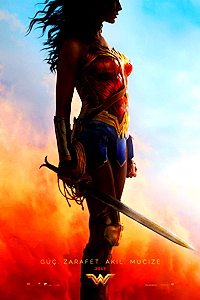 I saw Wonder Woman this week.

However, I did not love the amount of tears it caused. I was not expecting it to be a very emotional movie. I mean, come on. It's a comic book movie. She's a superhero. I was expecting to relax in a dark theater and forget about real life for a few hours while watching a cool actress kick some ass and save the world.

That was not the case.

This is a review of sorts, but it will focus more on the emotional experience rather than the plot. If you've seen the trailers and clips, this shouldn't contain any plot spoilers. If you want to see it for yourself before finding out why a comic book movie caused such emotional reactions, please do. I don't want to take away from that experience. 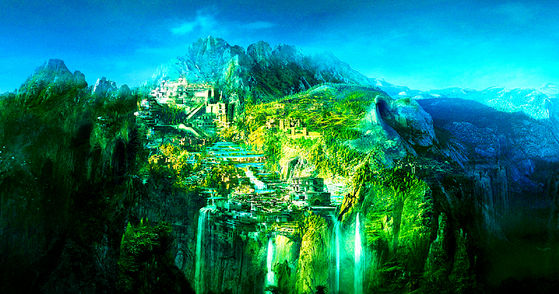 I want to go to there.

The first part of the movie takes place in the beautiful island utopia of Themyscira. I initially expected my enjoyment of the movie to fade after Diana left the island. I mean, just look at that place. Why would anyone ever leave? In the words of Liz Lemon, link. But when it came time for Diana to leave, I was ready to go with her. 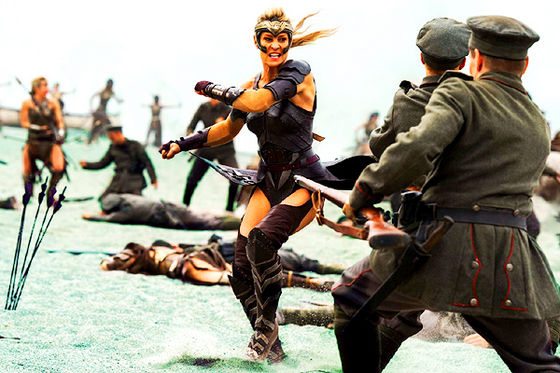 If they ever get hard-up for WW material, I'd absolutely watch an entire movie about training with the Amazons.

The first tears fell during the battle on the beach. I'd only seen a little of the training before all hell broke loose, but the Amazons were amazing. The warriors of Themyscira were strong, fierce, and I loved them all. Those incredible warriors leaping into action and riding into battle was a powerful scene - possibly my link of the whole movie. Seeing each one of these mighty women fall was devastating, even though I didn't know their names or histories. 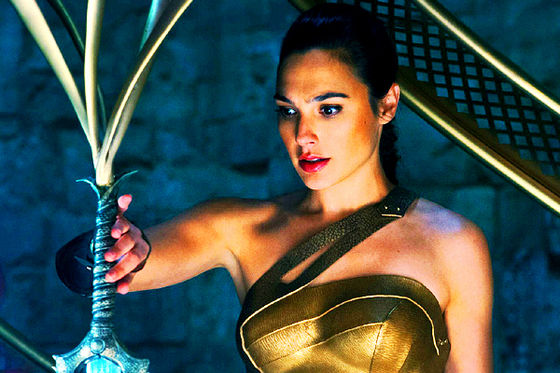 Future instances of tears were usually brought forth by Diana, and Gal Gadot. Before Wonder Woman, I'd only seen Gal Gadot in action and comedy movies. Stunts and funny lines are important in film, and she's very good at both of those things, but I'd never seen her truly act. She blew me away. The emotion Gal is capable of communicating through her eyes is nothing short of amazing. 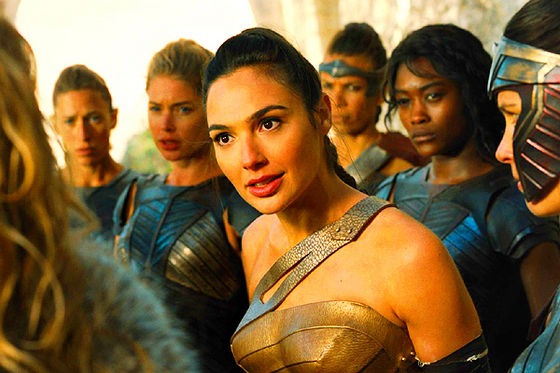 You could truly feel the pain through Diana's eyes when she saw people suffering. You could feel her love for humanity, her curiosity about new things, and her mischief when she was about to defy authority. One of my favorite things about the movie is that whenever someone tells Diana what to do (which is usually "stay out of it") you can see the exact moment she decides to ignore them and do what she believes is right. When that "ORLY" look flashes through Diana's eyes, you know you're in for something great. 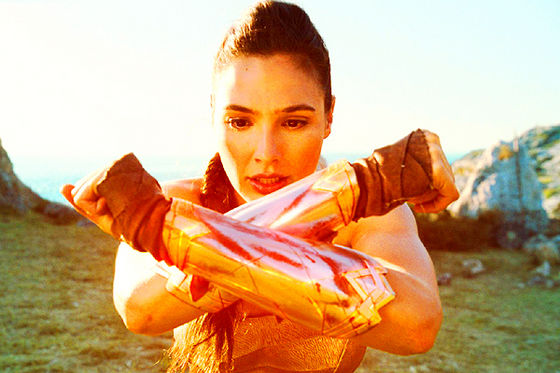 As I mentioned before, I'd only seen Gal Gadot in a handful of movies before Wonder Woman. I like her, but I am not that familiar with or attached to her. It usually takes me a while to develop what I refer to as a "You Cry/I Cry Relationship" with an actor. (That's when I feel so connected with a particular actor, I feel what they're feeling on screen, no matter what the project is.) That absolutely happened with Gal in Wonder Woman. Even the person I went with, a notorious non-movie-crier who'd never seen any of Gal's movies before, sniffled on multiple occasions. Long story short: Gal Gadot is a powerful actress who did a wonderful job as Wonder Woman. 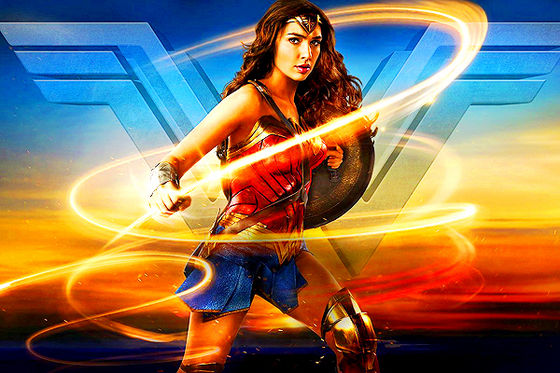 Not your average superhero.

I am not generally a fan of heroes. To me, always striving to do the right thing for truth, justice, the American Way, etc., isn't very exciting. Blah, blah, good guy endures tragedy, dons cape, surges with righteousness and defeats bad guy, blah. I'll take a twisted villain over a caped superhero any day.

Until Wonder Woman. I am 100% behind Diana. Her beliefs, her cause, and her actions never come across as righteous, irritating or boring. She is a beautiful soul who just wants everyone to be safe and happy. She is a highly intelligent and skilled warrior with a thirst for knowledge and a desire to experience new things. Diana is not afraid. Diana is not weak. Diana is not your average superhero. 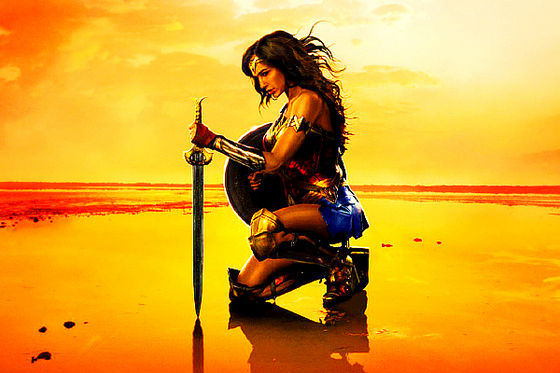 So if for some reason you've actually read this far without having seen Wonder Woman, you should really go do that. It's an amazing emotional experience, but there are lots of other reasons to see it too: great cast, fascinating characters, witty dialogue, lots of Diana-out-of-her-element cuteness, epic battles, and beautiful scenery. Well, at first. We all know that London is hideous. ;D
Sparklefairy375, misanthrope86 and 1 other like this 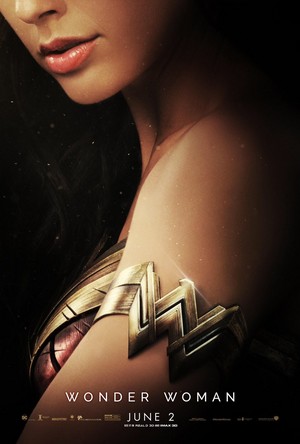 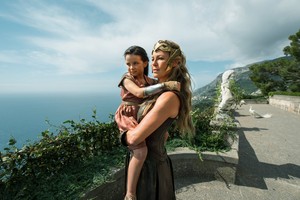 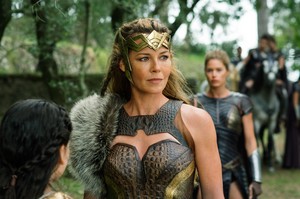 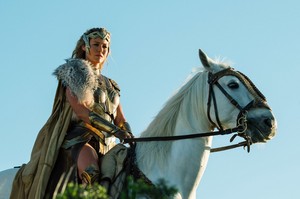 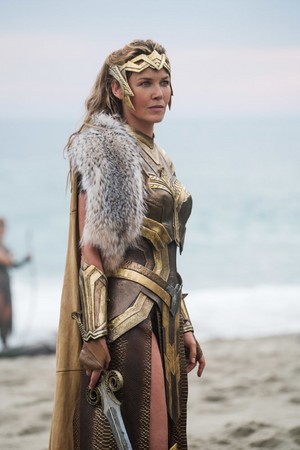 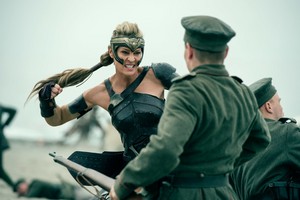 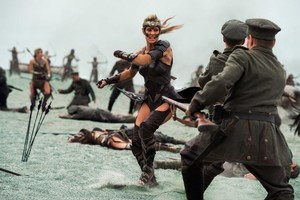 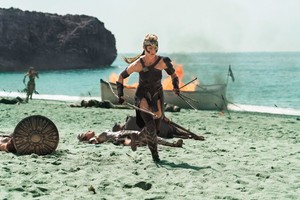 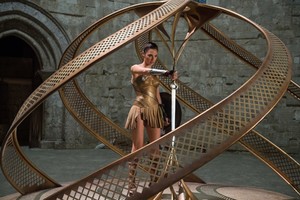 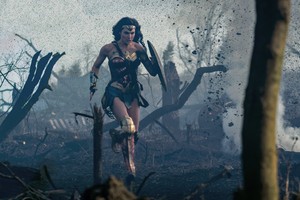 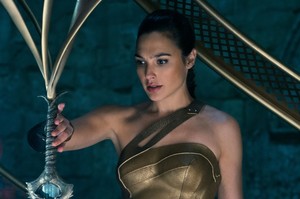 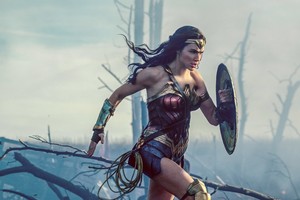 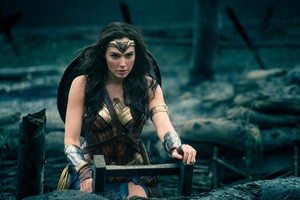 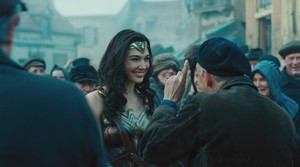 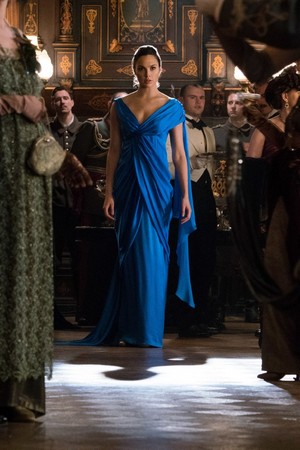 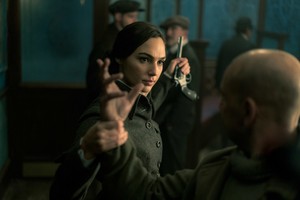 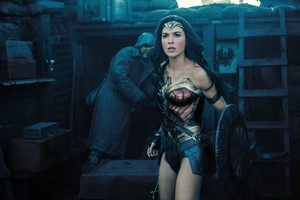 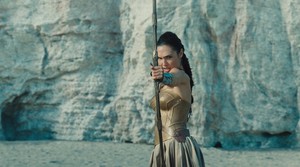 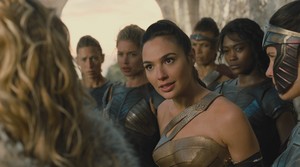