If Spottedleaf lived part 6
posted by Spottedtail913
" Well, we'll start by me showing which herbs are which and where to find them" . Spottedleaf said, and she started a lecture on how different herbs grow different areas. For some reason Starpaw found it very interesting and listen to every single part of Spottedleaf's lecture.
"Now do you think you could find marigold leaves, poppy seeds, borage leaves, and catmint?" Spottedleaf said after her lecture.
" Yes, but may I see and smell them First?" Starpaw said confidently.
" Of course", Spottedleaf said shocked, she had never asked her mentor that question before, because Featherwhisker had shown her the herbs. How could Starpaw be so confident already she thought while she took her daughter to see the herbs. When Starpaw was walking in the forest she heard something and stopped then a cat that looked just like Swiftbreeze jumped on her, and it was not Swiftbreeze! When the cat looked in her eye he flinched, and Starpaw wondered why. The cat got off her.
" I'm, so sorry I'm Swiftpaw what's your name?" Swiftpaw asked.
" My name is Starpaw" she said to the handsome tom.
" What clan are you from?" he asked.
"SunClan" she said.
" ThunderClan" he said.
" Sorry I have to go" she said and ran.
Three moons had past sense she saw that Tom. Bramblepaw and Tawnypaw became Brambleclaw and Tawnypelt and five days after they became warrior she ran into a different tom cat.
The Tom had jumped on her she guessed he was a moon into warrior training. It happened again the cat looked in her eye and he filched.
" I'm sorry it's just I was ahhh..... Never mind I'm Crowpaw" the cat said
" I'm Starpaw" she said to the pure black tom. " Do you what to walk with me?" she couldn't resist to ask him.
" Sure" he said.
" So, what are you doing out here" she asked getting curious.
" Well, I was supposed to be hunting for my travel partners because, we are going to the sun-drowned place to see Midnight a animal wo can help us save the clans but, I think they just wanted to got rid of me" he said sadly.
" Why your so nice and sweet. You know what go get your travel partners and come to camp." she said.
" Ok" he said shyly.
While Crow was getting the five other cats, Starpaw telling the clan that they wer going to have guest when Crowpaw walked in. "Starpaw !" Crowpaw yelled.
" Hi, Crowpaw welcome to our camp" Starpaw said sweetly.
" Um, I'm Swiftfoot and this is Brightheart from ThunderClan, this is Feathertail and Stormfur from RiverClan, Smokepaw from ShadowClan, and you've met Crowpaw from WindClan" said the cat.
" Hey, your Swiftpaw I've met you before" she said in surprised.
" Your Starpaw you've gotten bigger" Swiftfoot said.
"Come have some fresh-kill" Firestar said.
" Starpaw I really want you to tell me about your clan" Crowpaw said.
" Well, Riverpaw is the best fisher of all the clans. Windpaw is the fastest runner in all the clans. Thunderpaw is the best climber in the clans. Shadowpaw is the best leader in ambushes the clans, it's because he's so sneaky" she giggled.
" So, what's your talent" Crowpaw said.
" Well, my talent is... well, I have all my brothers of sisters talents plus I can memorize anything..... and, and I can talk to StarClan any time and I see omens before anyone else."
" Wow" Crowpaw said " That's so cool."
" Starpaw" Firestar said.
" Coming" Starpaw said.
" Starpaw, I want you to go help save save the clans" Firestar said.
TO BE CONTIUED...............
firestar121 nice story
Spottedtail139 Thanks I'm Spottedtail139 ow forgot my password
Spottedtail139 Now
WarriorLover199 Oh sry bout the password but still good
Spottedtail139 Thanks 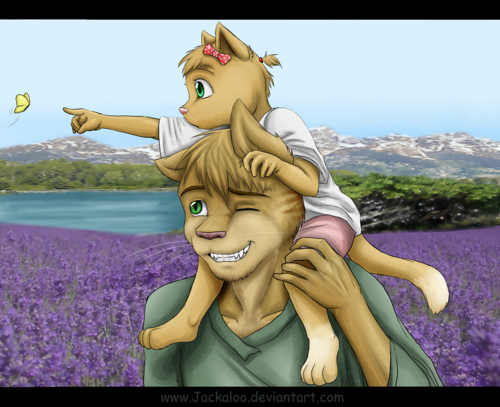 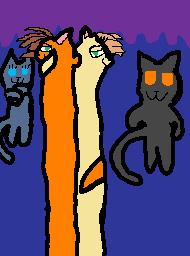 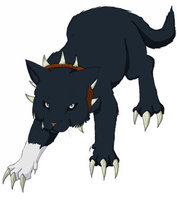 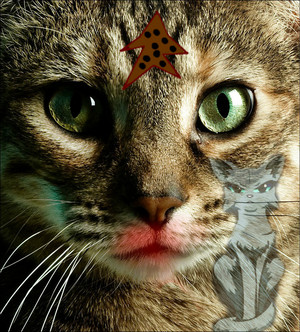 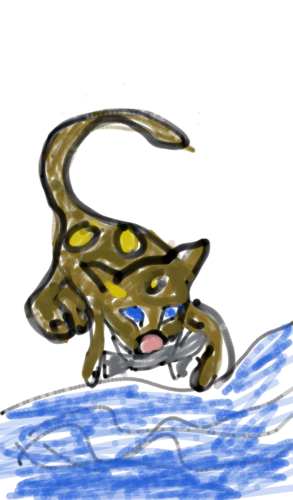 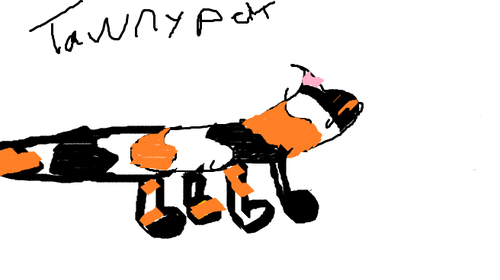 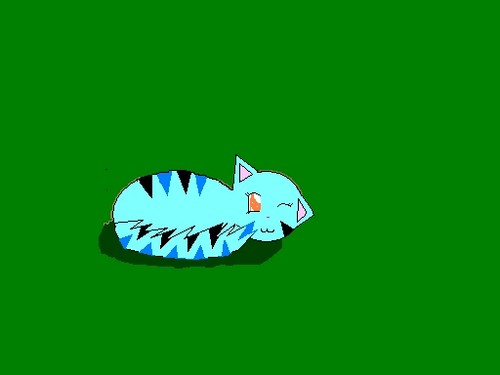 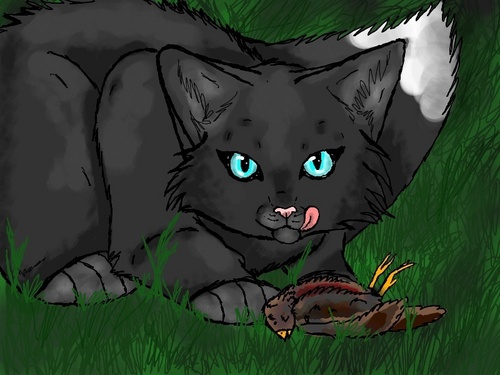 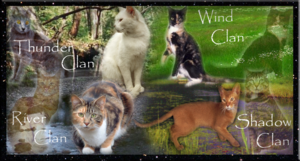 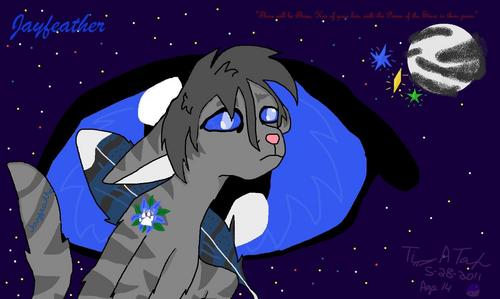 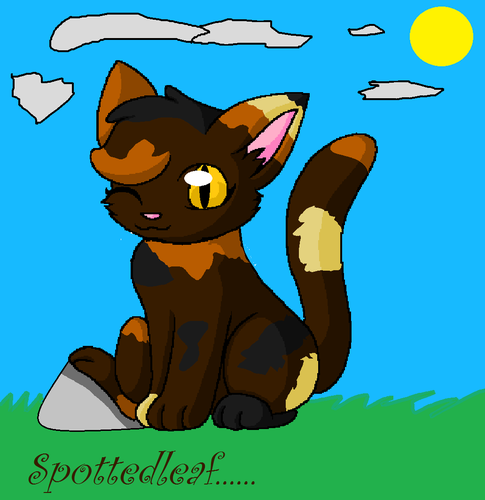