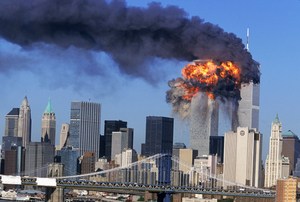 September 11 attacks
The original World Trade Center was a large complex that consisted of seven buildings in Lower Manhattan, New York City, United States. The most well-known features of the complex were the landmark twin towers that opened on April 4, 1973.

On September 11, 2001, the Twin Towers of the World Trade Center collapsed after being struck by two jet airliners that were hijacked by 10 terrorists who were said to be affiliated with the Al-Qaeda terrorist group. The collapse of the twin towers caused enormous damage to all the other buildings in the World Trade Center complex and these were later demolished altogether.

The attack the shook the country and had a severe global impact as one of the most unexpected acts of terrorism has a lot of background and speculation connected to it and has given rise to multiple conspiracy theories the most popular of which claim that the entire act was carried out by the government of the United States.

On the morning of September 11, 2001, the hijackers flew two Boeing 767 jets into the complex. They hit the North Tower at precisely 8.46 am and the South Tower at 9.03 am. The collision of the second aircraft confirmed that this was indeed a coordinated act of terrorism. The South Tower collapsed after burning for about 56 minutes followed by the North Tower which survived for 102 minutes after the strike. The heinous attack killed over 2000 people in the buildings and in the vicinity of the Towers and all 157 who were unfortunate enough to have boarded those aircrafts that morning. That attack caused massive damage to the property around the World Trade Center as well and it took more than eight months to clean up the area.

The attack on the World Trade Center was led by the terrorist group Al-Qaeda whose origins can be rooted back to 1979 when the Soviet Union invaded Afghanistan. The attacks were said to have been orchestrated by Osama bin Laden who initially denied any involvement but later admitted to it. Osama bin Laden's declaration of a holy war against the United States, and a 1998 fatwā signed by bin Laden and others, calling for the killing of Americans, are seen by investigators as evidence of his motivation. 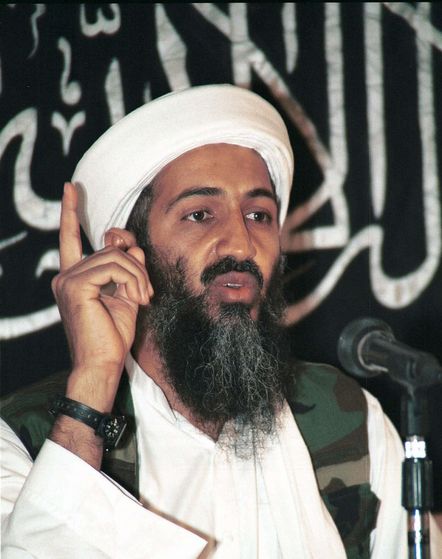 
According to bin Laden's 'Letter to America', he states that the reasons for the September 11 attacks include US support of Israel, of attacks against Muslims in Somalia, Chechnya and Kashmir, pro-American governments in the Middle East, and the sanctions against Iraq.
The main idea of the attacks is said to have come from Khalid Sheikh Mohammed while the leadership and financial support was provided by bin Laden. The hijackers were recruited and trained accordingly to blend in with the Western settings and culture so as to not arouse any suspicion.

Early in the morning of September 11, 2001, four commercial airlines en route to California were taken over by 19 hijackers. These took off from the Logan International Airport in Boston, Newark Liberty International Airport in Newark, and Washington Dulles International Airport. These were all large planes with long flights and were selected because they would be heavily fueled. The first two planes, American Airlines Flight 11 and United Airlines Flight 175 crashed into the Twin Towers. The third flight, American Airlines Flight 77 was flown into the Pentagon in Arlington county, Virginia. The fourth plane, United Airlines Flight 93 crashed into a field in Stonycreek Township near Shanksville, Pennsylvania because the passengers attempted to subdue the hijackers. The apparent target of this flight was believed to be either the Capitol or the White House.

The hijackers may have used mace, tear gas, or pepper spray to gain control over the cabin crew and passengers. The reports also indicated that the hijackers stabbed and killed pilots, flight attendants and even a couple of passengers. According to the 9/11 Commission, the hijackers had recently purchased multi-function hand tools and assorted Leatherman-type utility knives with locking blades, which were not forbidden to passengers at the time.

The attack was obviously covered live as soon as one of the planes hit the North Tower. Every news channel was immediately covering the events and trying to figure out what was going on. As soon as the second aircraft crashed into the South Tower, it was known the attacks were intentional. The footage of the entire attack is one of the major reason for one of several conspiracy theories that 9/11 was in fact, an inside job.