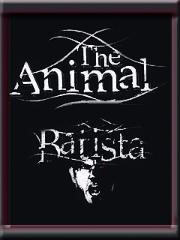 David Michael Bautista 's Blurbs
“About me:
Professional wrestler Batista was born David Michael Bautista Jr. on Jan. 18, 1969, in Washington, D.C.
He started his career wrestling for WXW under the name Kahn, and soon after he signed a deal with WWE using
the name Leviathan, and making his debut in May 2002. He won his first World Heavyweight Championship at
“Wrestlemania 21” when he defeated ”Triple H in the main event.

”Some of his finishing and signature moves:
are the ‘Batista Bomb,’ ‘Spinebuster,’ ‘Knockout Clothesline’ and the ever popular ‘Suplex Powerslam.

”Some of his nicknames are
The Animal, Big Dave, The Beast, and ”Estafista by his fans in South America.

”Injries:
Batista has torn his right tricep three times, and has had four surgeries to repair it. He is also a breakdancer,
and he has guest starred on an episode of the CW Network television series “Smallville,” playing a villain named Aldar,
who could suck the bones out of people.

”Batista married:
his wife Angie in October 1998, and he has three daughters, two from a previous marriage and one stepdaughter.
Dave Batista has been “The Animal” since childhood, in temper if not in name. Raised in a rough part of
southeast Washington, D.C.,

”He describes himself:
as being “a skinny kid with asthma and a bad size complex”— and a penchant for getting into trouble with authorities.
He spent a few years in San Francisco after his parents separated, until his mother sent the troubled teen to live with
his father in suburban Virginia. By the time he turned 17, he was estranged from both parents, living on his own, and
still getting into trouble. For the better part of 10 years, Batista spent his days training and competing as a
bodybuilder, and his nights “bouncing in clubs, floating from here to there.

” Amzed moment:
(He’s still amazed that one club he worked at is less than two blocks from Washington D.C.’s MCI Center, where
he defended his World Heavyweight Championship against JBL at SummerSlam in 2005.)
His drifting stopped the night he unleashed his explosive temper on two patrons who had attacked his fellow bouncers.
“By the time I was finished with them,” he relates, “they were lying on the ground with their eyes rolling in the back
of their heads. I was very scared they were going to die.” They didn’t, but the incident did result in Batista’s arrest,
a year’s probation, and his decision to make radical changes in his life. Enrolling in Wild Samoan Afa’s wrestling school
in Allentown, Pa., Batista admits that at first he saw sports-entertainment simply as “a way to make a living,
until he was told at a ”WCW tryout that he didn’t have the chops to make it as a wrestler. “That lit a fire under my a**.

”Wrestling:
became an obsession that I fell in love with. I completely redirected my training and philosophies, redesigned my body
and mental outlook. I just really wanted to be an athlete and an entertainer.
Though his personal perseverance brought him to ”WWE in May 2002, Batista credits former ”Evolution colleagues
Triple H and Ric Flair with developing “a muscleheaded goofball” into a World Heavyweight Champion, one who backs his
composed words and demeanor with an explosive fury befitting his nickname. He considers himself neither a leader
nor a follower in the locker room
(“I’m just a loner, I keep to myself,” he insists), but inside the ring, on the covers of muscle mags like FLEX,
and even once against budding Superman Tom Welling on The CW Network series Smallville, “The Animal” is clearly a
dominant species. A dominant species who, by the way, has collected more than 50 vintage tin lunchboxes.
Our advice: respect this six-foot-six, 290-pound beast and his 1967 Green Hornet sandwich container
(sporting Bruce Lee’s face on the front), which he cherishes among his most prized possessions. You’ll live longer.

tuks and Aiden995 like this
ibtesam I Love TO Know More n More About Persons Like Dave ......... You Are Doin Gud For Persons Like Me ...
shellycane Very good! The only problem is its not updated honey, when it comes to his private life and injuries.
tuks He is areal animal
tuks He is really huge 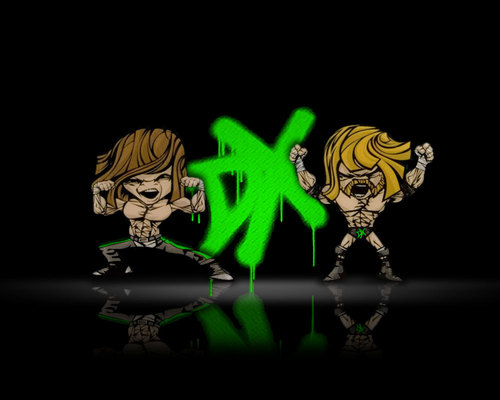 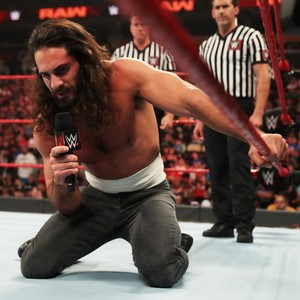 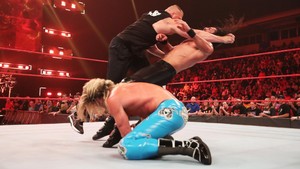 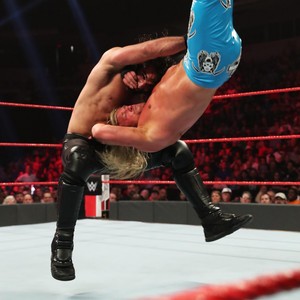 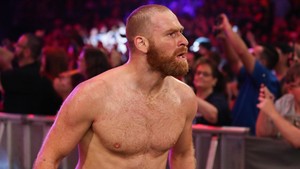 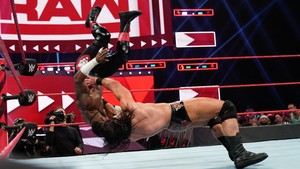 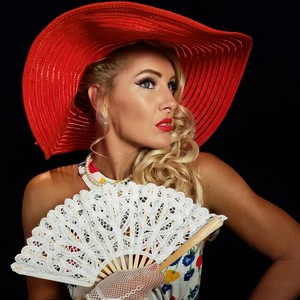 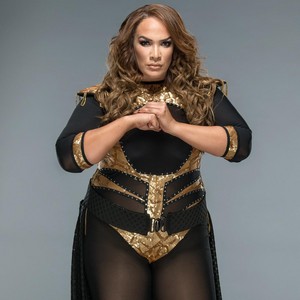 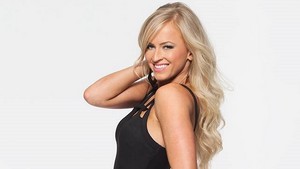 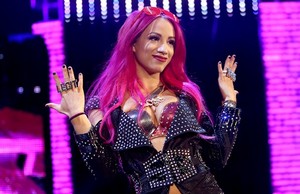 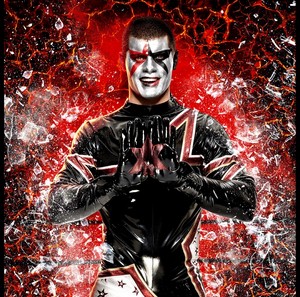 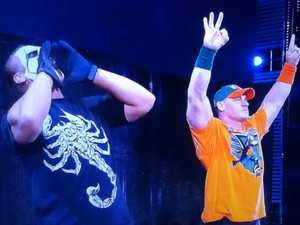 John Cena and Sting side by side
added by Metallica1147 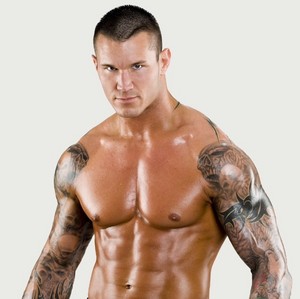 "I ordor you to scrub my back, Cena"
added by aprilacne
Source: ME! 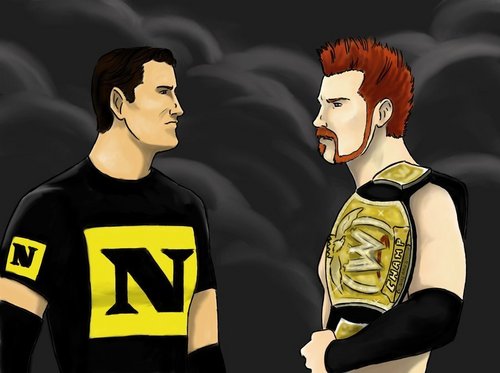 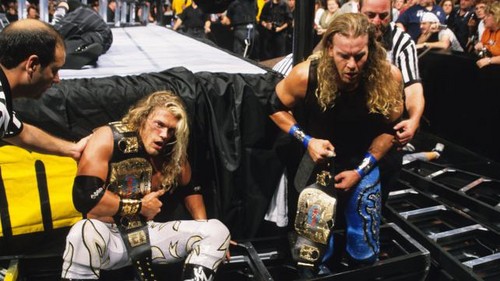 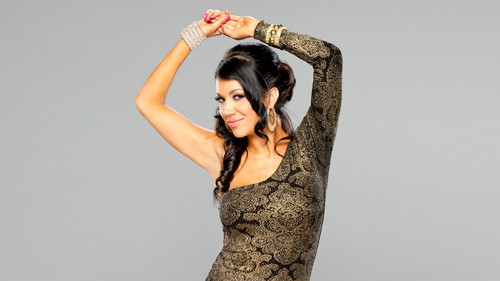 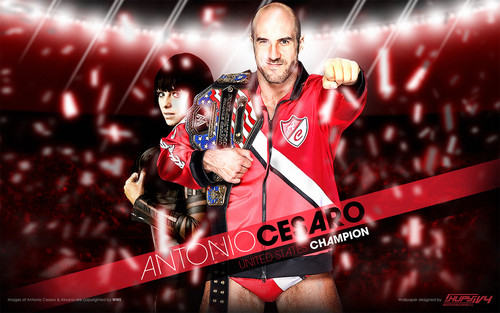 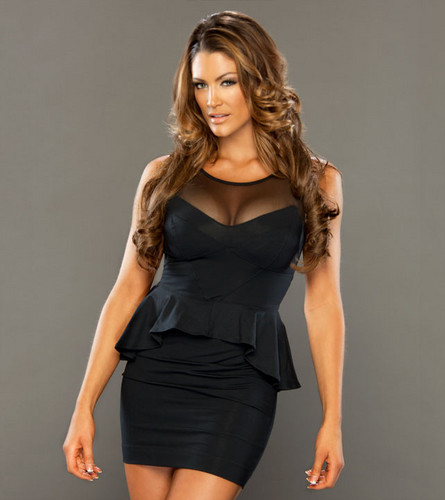