1. Anytime Yuck comes around, yell, "WTH IS THAT SMELL?"
2. Call Yin a geek.
3. Repeatedly poke Master Yo in the stomach, each time saying "BOING!"
4. Point to Smoke and Mirrors and yell "LOOK! IT'S GOKU AND SAILOR MOON!"
5. Stare at everyone's floating ears constantly.
6. Dress up like "Badfoot" and wait for Yo to see you.
7. Claim that the Kung Pow Kitties are cat versions of the Powerpuff Girls.
8. Dump dirt everywhere and watch Yin's reaction.
9. Chew on Yuck's ear.
10. When he asks why, say "I don't think you're yucky at all!"
11. Everytime you see Carl, scream "ROACH!" and grab the roach spray.
12. Step on Carl.
14. Constanly freak out about the number 13 at random times.
15. Fake like you're dead.
16. Kiss Yang in front of his girl friend. (Vise versa)
17. Hang wet clothes on Ultimoose's antlers.
18. Paint Yin blue and Yang pink.
19. Dress up like a wolf and pretend you're gunna eat Yin and Yang.
20. Sing terribly in Yin's ear while she's sleeping.
21. Call Yin, Yang, and Carl "buglies" on a daily basics.
22. Dress Ultimoose up as a Two-nicorn.
23. Drool and stare at Pondscum with chopsticks in you hands.
24. Stalk Yuck.
25. Purposely confuse Yang with Yuck, or Yin with Yuck.
26. Keep switching from the bad side to the good side. (Vise versa)
27. Constantly sing "Who ate my peanut butter"
28. Dance like a sick moose in front of Ultimoose.
29. Everytime you see Yuck, point at him and randomly say, "THAT'S mah baby's daddy!" loud enough for him to hear.
30. Sing "The bird is the word" non-stop, for an hour.
31. Replace all of Yang's video games with videos about Two-nicorns.
32. Sit on Dave.
33. Constantly press the RESET button on the Amnsulet.
34. Keep calling Terry Otter, Harry Potter.
35. Force Yin to go out with Coop.
36. Sneak in bed next to Yuck(Yin or Yang, depending on who you are) and wait for their reaction when they wake up.
37. Chase the Smorks.
38. Sing the Teen Titans theme song whenever Yin and Yang fight someone.
39. Constantly say "What's up, dork?"
40. Constantly call Yang "Bugs".
41. Crash "Chad".
42. Car Jack random people and blame it on Yang.
43. Take Yuck to Rita and watch what happens.
44. Scream everytime someone says an evil person's name.
45. Force Yin to marry Clamel again.
46. Point at Yin and Yang and scream, "LOOK! FLOATY-EARED FREAKS!", then relize you have "floaty ears too".
47. Poke Yuck repeatedly just to see what he'll do.
48. Make Master Yo give you a piggyback ride, or you go get Badfoot.
49. Cut off Badfoot's afro.
50. Duck tape everyone and make them look at their fanfics. No matter what it's about.
(I AM NOT RESPONSIBLE IF YOU GET YOUR BUT KICKED OR YOU GET KILLED.)
xSiVePux I read this too in fanfic.net! 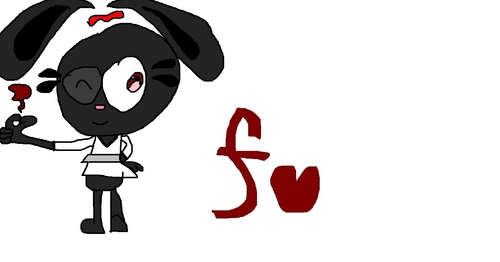 fo or you can call her ember
added by kyle1wizard 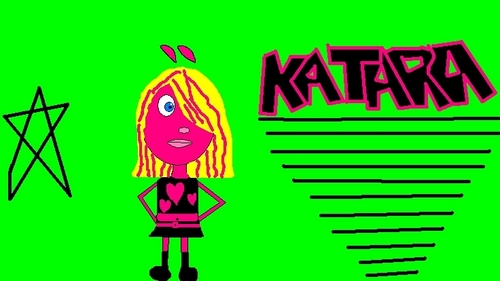 name: Yuckette
gender: female
descrpitsion: she is an black rabbit with red eyes who also knows woo foo. she has red eyes and dosen't really have a crush on anyone she also has a blood red collar on her throat that has spikes sticking out of it because she was found by vicious dogs and was raised by them. She is really good at garuding and fighting.
real secert crush: she only has a very weak secert crush on Smudge and by very weak people i mean that she really dosen't even like Smudge that much

Yin Yang You
added by xSiVePux
In this episode are feauturing 2 stars from Earth and they're Jason Earles and Mitchel Musso, so enjoy the show!
video
yin
yang
lina
carl
jason earles
mitchel musso

YinxYuck vs YangxLina
added by xSiVePux
Even these vids aren't multipart, I made them a part so which couple is your fav?
video
yinxyuck
versus
yangxlina
yinyangyo
couples
More Cards
1234567891011