1
Luigi Gets His Hero On Chapter 6: Meeting the Old Frenemy-Turned-Friend
posted by Skittygirl
Before anyone could even know it, the duo finally arrived in Yoshi's Island. It emerged from being a mere speckle among the waters to a mass of trees, mountains, and nature (which added more solid evidence to Luigi's theory).
As soon as the ship they were riding blew out its horn to depict the fact it was about to dock, Yoshi sighed with relief—as much as it made him happy being with Mario and the gang, there's no place like home.
"Luigi, we're almost there!" Yoshi called.
But Luigi didn't hear a thing Yoshi said—his face was buried in a waste basket; he was making moaning noises in it.
Yoshi saw that and looked away, muttering, "He's seasick."
"Shut up," Luigi muttered; Yoshi jumped at the fact the thin Mario Brother had heard him.
When the ship finally set port in Yoshi's Island, the thin plumber ran out before the green dinosaur could even take a step toward the exit. He shouted, "Yeah! Dry land once again!" He knelt down and kissed the ground.
Yoshi rolled his eyes when he saw Luigi's worshipping position. "Luigi, I know how much you enjoy the ground after seeing 'too much water,' but can we please get a move on and look for more clues in the island—if your answer happened to be correct?"
"In a minute, Yoshi," Luigi said, kissing the island ground some more.
Yoshi laughed.
After a while, the duo arrived at the Yoshi Village. Multi-colored Yoshis were there (greatly supporting the 'several colors where rainbow swirls' part of the riddle), some of them in conversation, while others were simply wandering about. But that wasn't what got the two staring.
It was the expression on the Yoshis' faces—worry, grief, and near-panic.
"What happened around here?" Yoshi narrowed his eyes and spoke up in an alarmed tone.
A Black Yoshi looked at the dinosaur. "Lots and lots of things—it's true that Bowser's back and he's captured Mario and everyone in the Mushroom Kingdom Castle?"
"Uh...yeah..."
"Goodness, weren't you there last night when it happened?"
"Yeah, I was—I was with Luigi here." Yoshi gestured at Luigi behind him.
"How did you and Luigi escape from Bowser's clutches?"
"We...didn't really escape—how could we 'escape' when we were never captured?"
"Bowser didn't get you two?"
"No, except for me and Luigi, the Mushroom Kingdom Castle was practically deserted."
"How...did you two avoid detection? How did you avoid getting captured?"
"W-ell, uh, Luigi and I were...uh...In second thought, it doesn't matter—we were well hidden that Bowser's troops didn't get to us." Yoshi said dismissively, knowing Luigi wouldn't forgive him if he'd mentioned what they'd been doing hidden in the tree.
"Wow, that must've been tough for you two."
"You have no idea."
"Good to see that you're home—but, oh, you brought Luigi with you?"
"We're here for something important, though—I hope you don't mind me changing the subject—I'm surprised everyone here in Yoshi's Island knows about what took place last night in the Mushroom Kingdom."
"We were informed by a very reliable source—actually, that's what I planned to tell you earlier. She came here early this morning—it was still dawn—and told us about the tragic news."
"Wait—'she'?"
"Yeah, she's in your house—Orange Yoshi told her that she could stay there for a while and wait until you came home."
"Okay, we'll be seeing you, then." Then he turned to Luigi. "Quick, let's go to my house, Luigi."

The duo came were now in front of the green dinosaur's house, specifically in front of the door. Luigi stepped forward to open Yoshi's door.
Behind the door, waiting in the living room, was a creature that made the plumber stand aghast.
"WHAT ARE YOU A-DOING HERE, YOU BLOWJOB MACHINE?!" Luigi shrieked in shock and disbelief.
The dinosaur-like, pink creature held up both her hands, in a restraining gesture. The fire cracking in the stone hearth of Yoshi's home shed some highlight to the big bow on her head.
"Hey, it's you, Birdo," Yoshi greeted cheerfully.
The pink dinosaur waved happily at Yoshi, and then she looked at Luigi's hostile expression with wide, alarmed eyes.
"Now, Luigi...," she began.
"There's a-nothing doing here with you, Birdo, you traitor!" Luigi snarled viciously. Yoshi blanched—it was very unlike Luigi to display such a ferocious expression; at the same time, he was also intrigued behind the plumber's words; he'd called Birdo a "traitor."
"Hey, hey, cool it, Luigi," Yoshi interceded in an attempt to stop the sudden tension in his house. "I'm not having any of this here inside my house, okay?" He then looked directly at Luigi. "What did you mean when you were calling Birdo a 'traitor'?"
Luigi's face was already a deep shade of red—from anger this time and not embarrassment—before Yoshi turned to him. He took a few deep breaths to compose himself, then answered in a careful tone, "A-what I'm saying, Yoshi, is that your funnel-mouthed friend of a friend—"
"Please do be careful with your words, Luigi," Yoshi cautioned.
"—betrayed us for one of Fawful's minions! I'll a-never forgive you for helping me and Mario out in the beginning, only to betray us by teaming up with Fawful's minion and fighting us! How dare you!"
"Forgive me, Luigi," Birdo begged, "he was just so irresistible! I couldn't imagine the thought of knowing I'd have to face him in a fight!"
"And so you picked the bad guy over us," Luigi seethed.
"I was blinded by his charm!"
Yoshi threw his arms up in the air and waved them frantically, like a chicken attempting to fly. He felt like he wanted to bonk their brains together, just to stop all the hassle going on in his abode. "Cut it out! All this is still making no sense at all! Where did the whole thing take place? When did it all happen?"
"It all took place in the events of Mario & Luigi: Superstar Saga. Oh, but of course you don't know about it, Yoshi. You weren't there in the game—well, actually, you were there, but you weren't around during the fight scene!"
"Well, Birdo apologized already, Luigi," Yoshi said, wanting to make peace between the two. "That counts for something, right?"
Luigi folded his arms tightly across his chest and shook his head; his chin was set stubbornly. "No, I still a-think she'll betray us—maybe not now, maybe not later, but soon!" He then looked at Birdo with narrowed eyes. "Ah, a-maybe you'll be betraying us for Bowser now, no?"
"That I'll never do!" Birdo shrieked. "I may have been fooled by that guy so I chose to fight you and Mario, but for Bowser? Never! I'd happily take your side even if I were to burn in the lava of his Castle!"
Luigi rolled his eyes. "Melodrama!"
"I'm serious!"
"I have an idea," Yoshi suddenly said. "We're here on a quest to free Mario and everyone else held captive in Bowser's Castle, right?"
Luigi frowned. "Yeah, so...?"
Yoshi turned to Birdo. "We're here in Yoshi's Island to look for a clue that just might be around the place. Some of the lines said 'among the forest mass and its trees you must be,' and Luigi was hoping there's a clue in the forest of Yoshi's Island. And since you're here, think you can help us out?"
Birdo nodded excitedly. "Of course, of course—I'd be happy to!"
"A-no way, Yoshi, how could you?" the thin Mario Brother moaned.
Birdo looked at Luigi, worried.
"Ah, fine!" Luigi groaned. "Let's a-GO!" His tone wasn't as enthusiastic as before; he sounded exasperated now. "Go and bring funnel-mouth, Yoshi, but keep her away from me!" And he took the lead, stomping out of Yoshi's house and away into the forest.
Yoshi followed, and so did Birdo, but she wasn't as excited now.
"Yoshi," she said quietly, "you think this is such a good idea? Luigi's seeing red in me."
"Don't worry, Birdo," Yoshi said soothingly. "One of the reasons I suggested you help us out is that maybe, if we succeed in this whole thing, Luigi just might reconsider everything he said about you."
Birdo thought about that, and then she nodded once with full determination. "Okay, Yoshi, let's go and see what lies ahead of us in the forest!"

1
~!Nostalgic Yoshi Music!~
added by ShadowxSonicd45
This is a perfect compilation to make you feel all warm and fuzzy. I decided to throw some seriously underrated gems in the mix. ~
video
nintendo
yoshi
music
yoshi music
nostalgia
tribute 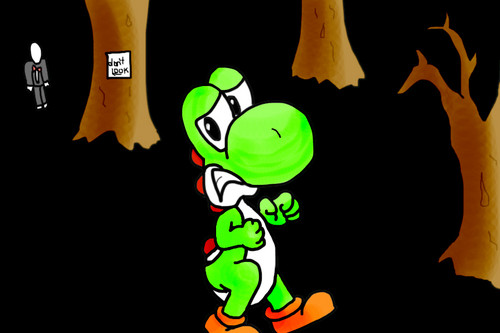 1
Yoshi - Banner
added by makintosh
Source: edited by me 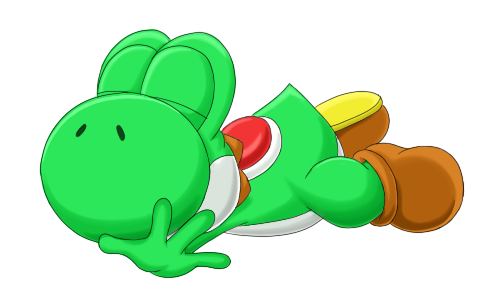 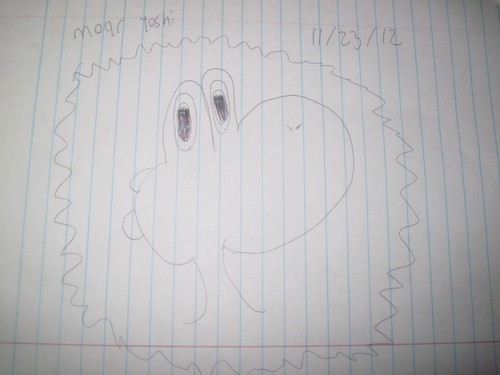 new art
added by PaperYoshi
Source: me on deviantart! 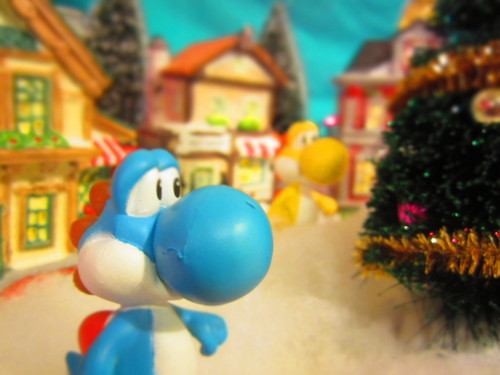 1
A Yoshi Christmas
added by jameswilson
Source: me! 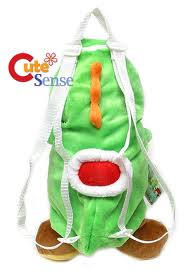 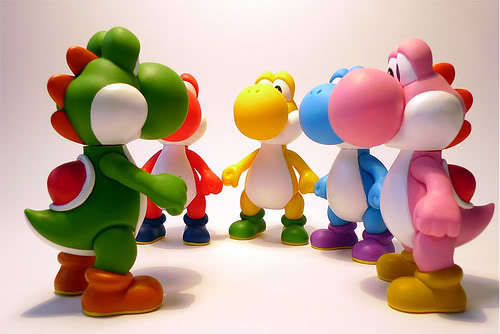 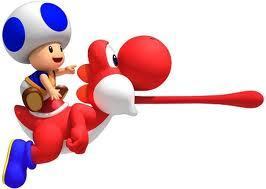 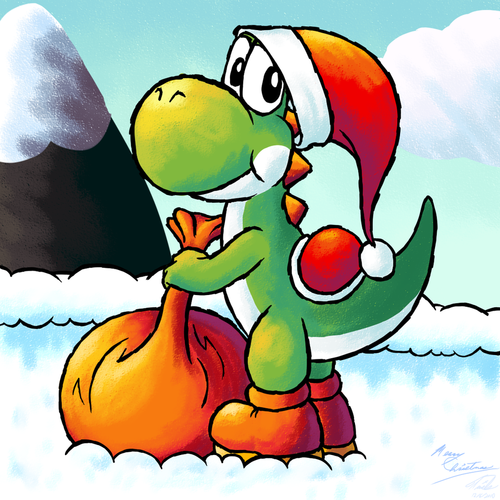 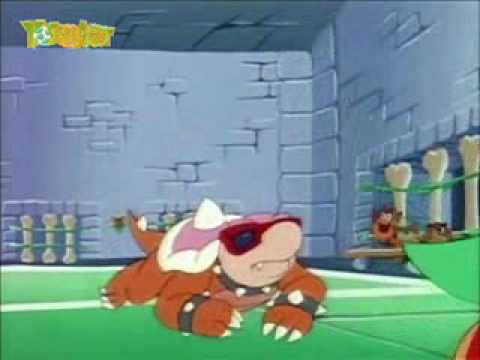 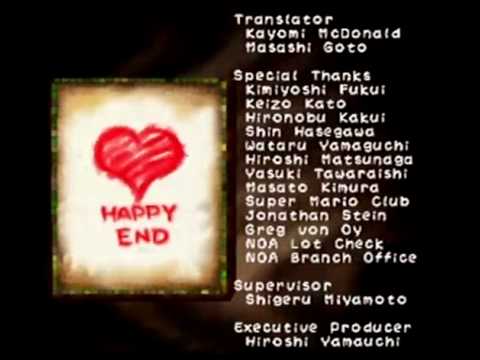 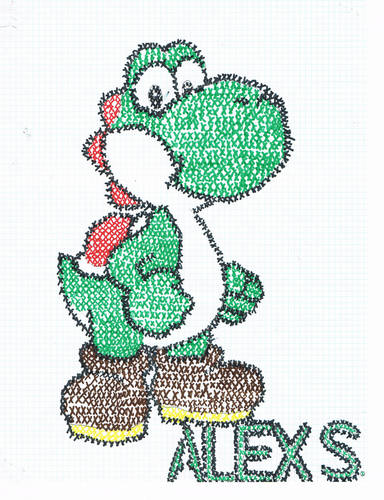 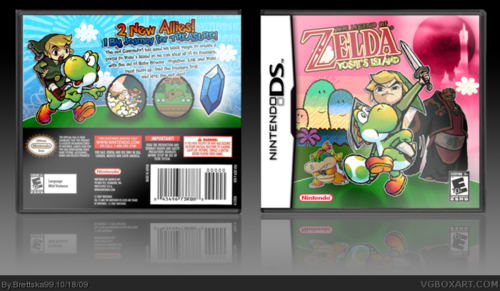 2
The legend of zelda: Yoshi's island
added by YOSHI90 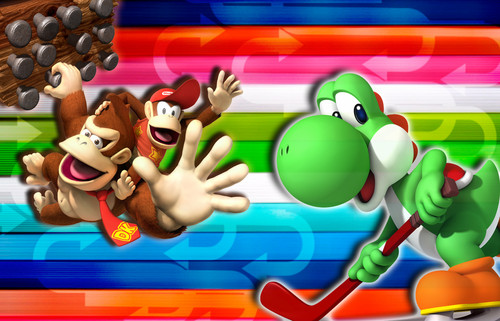 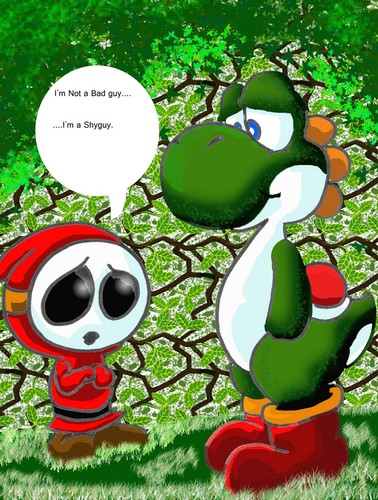