My Favorite Young Heroines of Disney Singers
posted by KataraLover

It's a shame she doesn't sing
I'm really in the article making mood. So I thought I'd make this article. This one won't be as long as my other articles. I hate that Eilonwy can't be included in this article because she doesn't sing. However if she did sing I think she'd sound something like this link the girl singing this even has her accent. Anyway please leave a comment, enjoy. 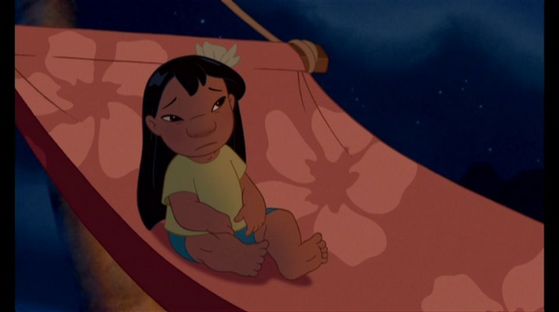 Daveigh Chase
I know what your thinking "SHE DOESN'T SING" well your half right. She doesn't sing in the original but she sings in the series and in Leroy and Stitch go to 0:48 link see. It's nice but her actress isn't even trying. I think her sister is such a great singer but Lilo is just nice at the most. Ironic since her voice actress is a singer in fact here's her voice actress singing and actually trying link 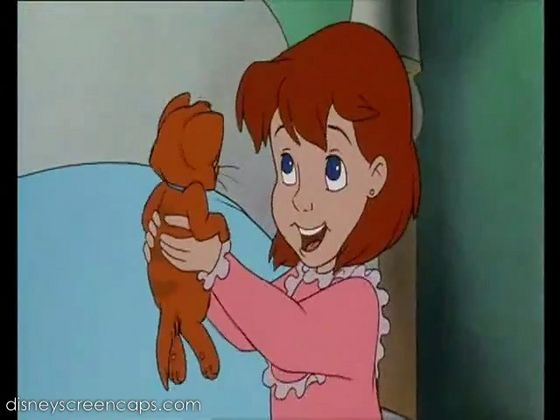 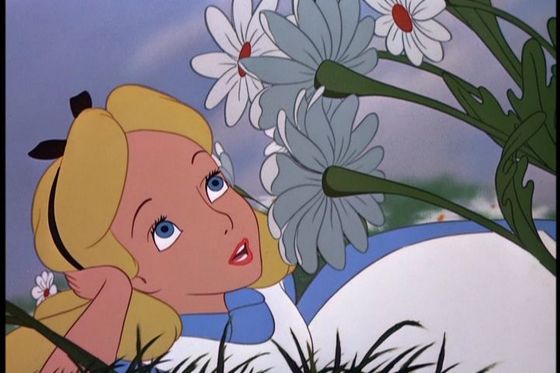 Kathryn Beaumont
This is probably the only thing I have Alice low on. Her voice is pretty and has patential but it was delevered not that good. Kathryn said she took singing lessons after Alice In Wonderland because she kept straining her voice. It's not trained like the others. Besides they dropped the song Beyond The Laughing Sky because she couldn't sing without straining her voice. As Kathryn said "I was no Judy Garland" and In a World of My Own made it easier for her. It's pretty but the others have such beautiful voices. 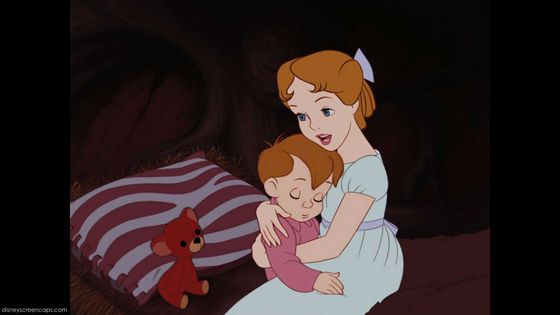 Kathryn Beaumont
This is the thing I love most about Wendy, her voice. I hate her and her movie but I mean come on it can't be denied that this girl has a gorgeous voice. After Alice In Wonderland Kathryn took singing lessons to improve her voice, which had impressive results. Her voice is so mature for her age. I don't like her song at all but I keep listening to it over and over because of her voice. It's so beautiful it made the pirates cry, that's just amazing. Brits always have the best voices. She's one of the best disney heroine singers. Her voice isn't strained when she sings high notes like she did with Alice. Yes for once I'm loving on Wendy and somewhat hating on Alice. No your not dreaming. She's not higher because the others are more unique. 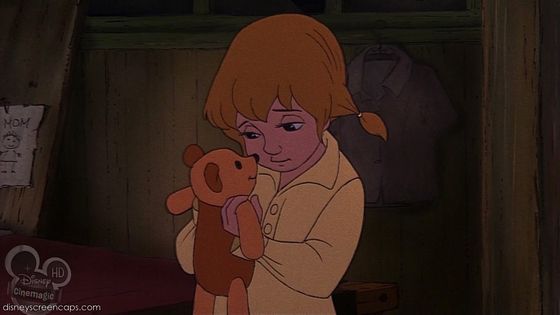 Shelby Flint
Well it's debateable if she sings or not, in my opinion she does, if you don't think so than that's just fine. I think the girl who sings all the songs in the movie(except for Rescue Aid Society) is Penny singing. Her voice is very mature for her age and so beautiful. I love listening to her sing because it's so beautiful. During Someone's Waiting For You it's so beautiful and heart breaking. I think Tomorrow Is Another Day fits her the best, because she always hopes that she'll find happiness someday and tomorrow could be that someday. All the songs I think suit her. However I just love the others more 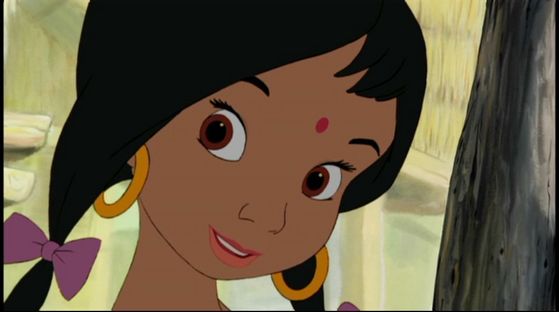 Darleen Carr
Her voice is definitialy the most mature of them all, especially since she's only ten. She continued the classic of charming her love interest with her beautiful singing. I actually wish she had sung in the second movie as Mae Whitman. I've heard her sing and she has an amazing voice. Here take a listen link so beautiful. I like the others more because they're just more of my type. But if Mae Whitman was her singing voice(which is impossible considering when the original was made) she would be in my top 3. 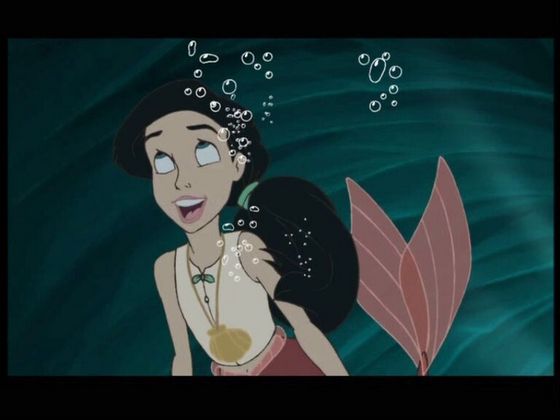 Tara Strong
Yeah another thing Melody is high on but she use to be in my bottom three. I thought her voice was childish and nothing special but now I see it's beautiful. It's sweet like an angel. I think she somwhat does justice to as Ariel's daughter. I loved when she did her final note with Ariel in For A Moment. However I prefer her french voice link it's amazing. I love the others more because they're more mature and give me goosebumps. 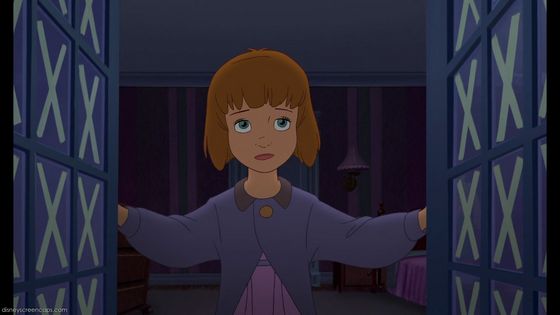 Jonatha Brooke
Just like with Penny from The Rescuers it's debatable if she sings or not. Jonatha has an amazing voice and I find myself playing her singing over and over again. I always get goosebumps when I hear her sing. Before anyone says her voice is too mature for her, take a listen to Shanti's voice. I'm glad Disney chosed her for this project otherwise I never would've heard her singing. I'll Try is my favorite out of all the young heroines songs. I just love her voice! She shows so much emotion in her voice when she sings. I think it's possible for this to have been her voice. However she's not as amazing as my number 1. 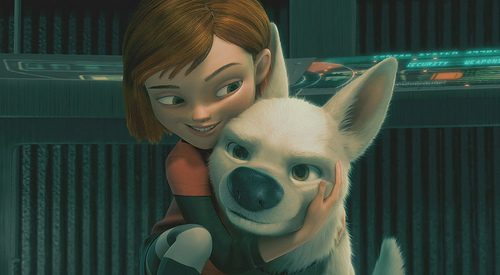 I know there's going to be alot of hate over this but I really don't care. I love her voice! I love that she has a Tenesse accent to her voice, it gives her a unique quality. I've loved her voice ever since I first heard it on Disney Channel when they first announced Hannah Montana. She can sing live and she still sounds almost exactly the same as she does on her CD's. I was glad that Penny joined because Miley Cyrus is her voice actress. I love the song I Thought I Lost you but than again I love all of Miley's song. Whenever I hear her voice I know that it's her. She's in my top 5(maybe 3) favorite female singers ever; along with Jobi Benson, Sierra Boggess, Raven Symone, and Demi Lovato. Also I have to say you shouldn't hate her. Hate is a strong word especially when you've never met her and she hasn't killed anyone, inslaved anyone, or harmed you in anyway. If you don't like her voice or her acting than that's fine but hate or dislike is kinda taking it too far. To me she's beautiful, talented, funny and is the complete package. I know pretty much everyone is going to hate on her in the comments but at least I know that pretty_angel92 will love on her. No matter what I'll always be a dedicated Miley Cyrus fan. 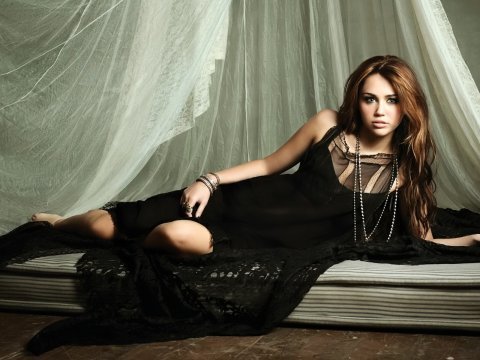 fhghu Yeah, I still hate her. XD And yes, I disagree with your number 1 strongly. But good article. I might make one of these. Not to copy, but I feel like making one now. XD
KataraLover Thanks
pretty_angel92 you know, when i think about penny(R) and jane's singing voices, i imagine that they're singing when they're older. it's like they gonna have those voices in the future, you know what i mean? i actually don't think they would sound like that, as children, but only when they're teenagers or adults you're right, i do love Miley, and i seriously love her voice, it's very unique. and yes, she CAN sing, unlique other overrated DC stars, and you know who i'm talking about xD anyway, pretty good article, our lists are very similar
KataraLover It probably is more realistic that's their voices when they get older but it's actually possible that's their voices even at that age, it depends on the view, or in this case the listener. Yeah I think everyone knows what disney channel star your talking about. Miley doesn't just sing she SANGS!
pollydbookworm nice,.......
KataraLover Thanks
diluka96 It's quite ironic how you say that we shouldn't hate anyone when you already have said that you hate Peter Pan to death and he hasn't killed anyone, inslaved anyone, or harmed one (except If count Captain Hook but still he's the bad guy) anyway great article.
KataraLover There's a world of difference between hating a fictional animated character and a real person. Also we don't know much of how their rivalry started but it could be that Peter stole his treasure and cut off his hand when Hook tried to get it back. Wouldn't you wanna kill a kid that did that to you? Miley does nothing but sing her heart out for her fans. Anyway thanks.
iHyrule Go Miley!!!! and great article! :)
KataraLover Thanks and yeah she's awesome
Purpledolphin Your right Miley Cryrus does have the best singing voice out of all of them even though I don't like bolt. Good article!
KataraLover Thanks and yes she does
MagicPrincess Yay! A Sierra Boggess fan! High 5!
KataraLover I know right! She's an amazing singer!
MalloMar Great article! I can't decide who has the best voice, they're all gorgeous.( I didn't know Shanti was ten!) I respect Miley Cyrus, and her voice is all right.
KataraLover Awesome 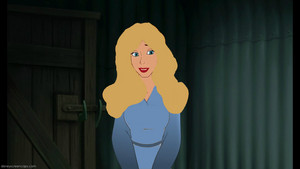 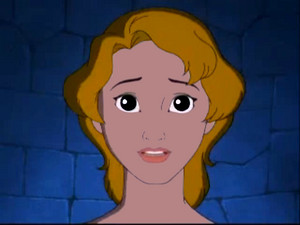 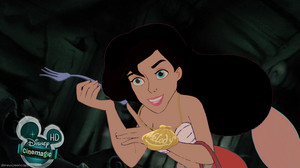 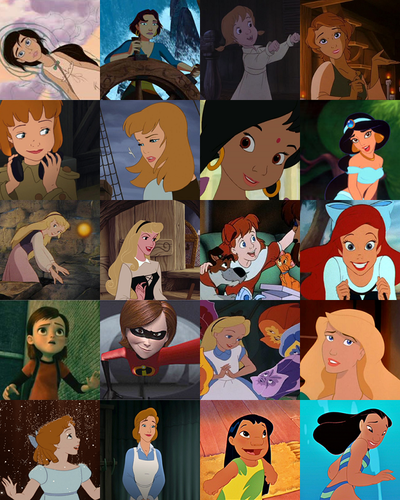 4
Older Versions of the Young Heroines
added by Animated_Paint
Source: Me 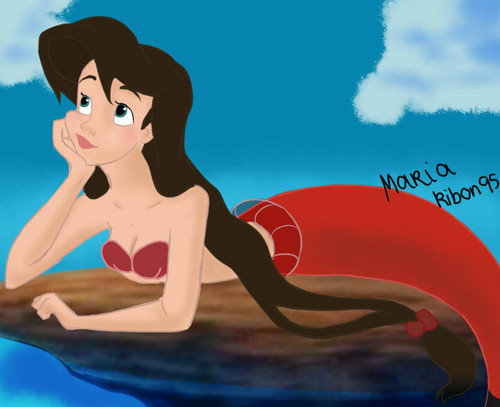 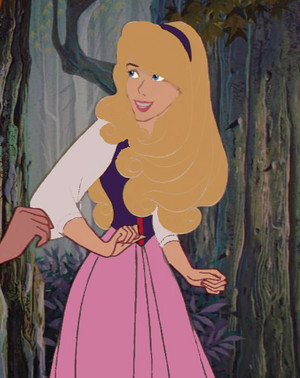 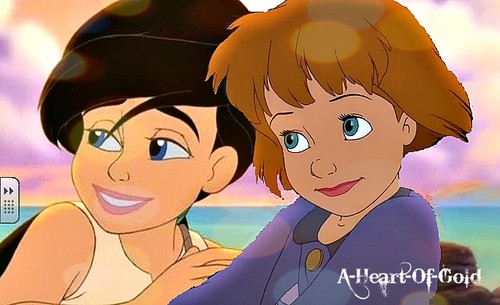 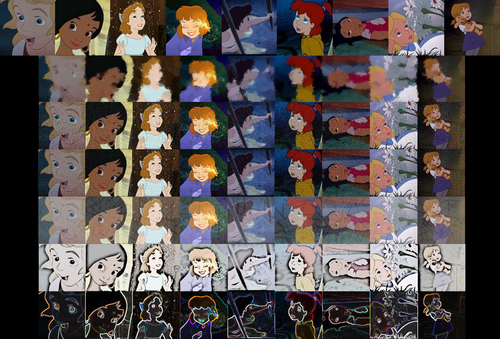 1
Young Heroines of Disney
added by DisneyDot
Source: DisneyDot
2
Prettiest Young Heroines of Disney COUNTDOWN(Voted by the public)
posted by KataraLover
These are the results of the prettiest young heroines of disney countdown. I'm kinda surprised but also fairly happy with the results. Alot of this I agree with but some I don't agree with. I'm not gonna talk much about the bottom five because discussing about then is pretty simple, which is why they're on the side and aren't big. However I will talk about the top 5 since there is more to talk about. Please leave a comment telling me what you think ENJOY! 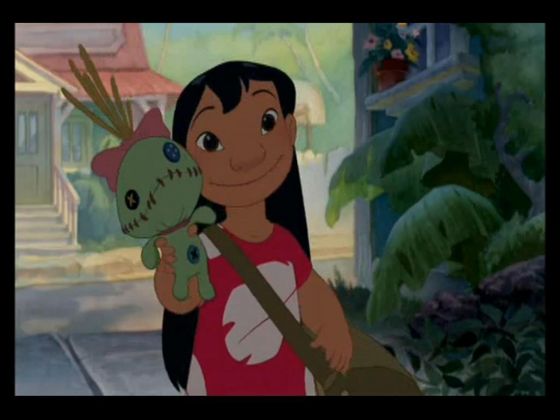 she's only cute other than that nothing special- blablablu95
She maybe loved by many but she didn't get alot...
continue reading... 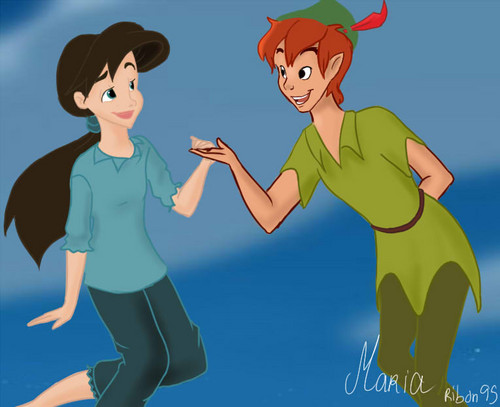 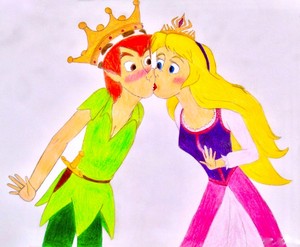 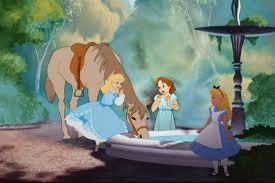 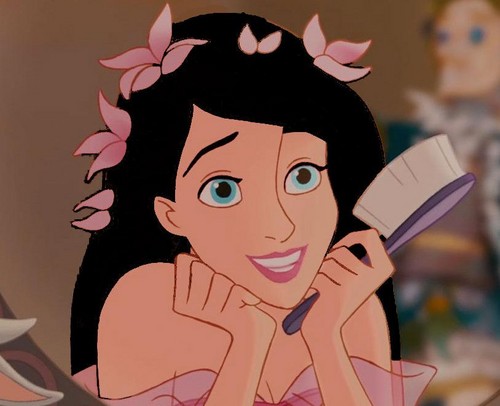 2
Melody Grown Up
added by KataraLover 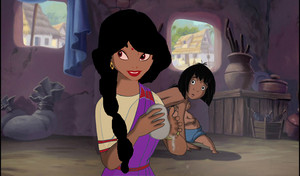 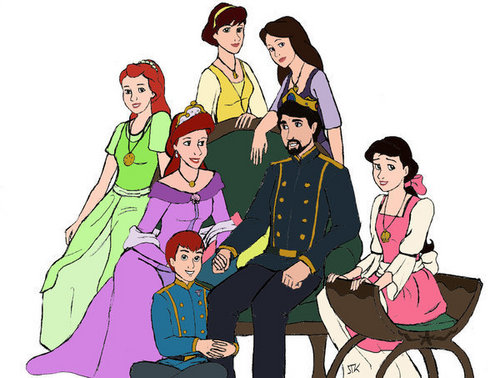