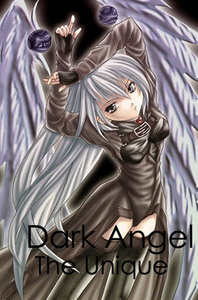 Amber-Dark Angel
Name: Amber Yvette
Alias: Crystal
Occupation: Dark Angel; hero; ex-villain
Powers: Turn objects and people to crystal, fly (wings), controls the force known as the Dark Phoenix, master in martial arts, spell caster
History: Amber Yvette was an ordinary girl living in an ordinary town. Until she turned sixteen. The day she turned sixteen, a group of angry mafia members shot her and hung her family. Amber became a Dark Angel, dying with hate and revenge in her heart. She received training from Sensai Turron. Inside her Sensai's dojo, Amber met another Dark Angel; Devin Grayson. Amber befriended the only other angel there. But when Devin betrayed Sensai Turron to save a human, Amber vowed revenge. She has currently finished her training and uses her role as a hero to lure Devin closer. She plans to turn Devin into a crystal angel when she gets the angel closer.
Notes: Amber has never accepted the death of her family or Devin's “betrayal.” She loves to use her powers against her one-time friend and makes sure Devin always sees Amber as better. Whether Amber is truly evil or acting upon the way she has been trained is yet to be seen. Amber enjoys hurting Devin in any way possible, convinced that the angel's “betrayal” was the reason Amber herself was kicked out of Sensai Turron's dojo. Amber hates humans and anything that helps Devin when the two fight. Amber also refuses to believe that Devin has truly turned good. 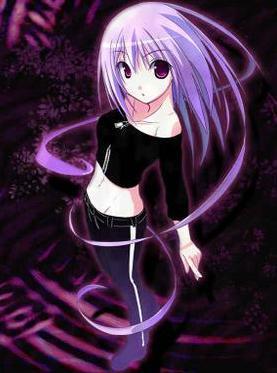