Atlantis 5:27pm.
Kaldur, STILL in his dreamy mood. Still dreaming. If there was a way to knock that bozo out, The YJ team would have done it ages ago-but apparently he had a head of a tortoises shell, it was too hard!
Kaldur swam but accidentally swam into the last person he was expecting TULA!
Tula-also known has Aquagirl. The girl of his dreams, the emotion, the feeling of affection, the hope, all came rushing back when he met her.
But then he stopped. No. That was a long time ago. She has moved on. She will never see me like that no matter how much I wish it to be true. She has moved on-And so shall I.
Without looking back, he swam away-leaving a VERY confused Tula behind.
His brain was something very hard to figure out. Unlike MsMartian and Shadow his brain could think very fast. He can switch into one situation and switch into the next and feel a totally different emotion and think a totally different thought.
More like switching gears-actually it was exactly like that.
He switched back into the same exact topic and now a very special person: Harley.
He still had time-so he thought on what he should bring has a present to Harley. Robin and KidFlash were the only ones he told about the date with Obscurity. They gave him a handful load of tips. Like:
A. Always smell nice-girls don't care if you look messed up-the trick is to smell nice and she will be possessed in the smell and hopefully...into you. (KidFlash)
B. Never come to a date, party, or occasion empty handed. Give her a present or a card-that always helps (Robin)
C. Flirt a bit-girls love it when us guys do that-Well? Don't you have a crush on HER? (KidFlash)
D. Wear a suit or something formal.... (Robin) ...Or you would end up looking like an ugly FISH! (KidFlash)
E. And lastly-Have manner s and be very polite... (Robin)
...And Kaldur? That octopus pie you have suggested? Instead of Harley falling in love with you-She would instead shriek at it. We an't Atlantean's, dude. (KidFlash)

Kaldur swam into the Palace and found The Queen of Atlantis.
They were both fond friends and she was bound to hep him on what gift he should select for his soon-to-be-beloved.
They both talked in Atlantean and she motioned him to come with her.
She bought out a jewelled box and in her hand was a beautiful pearl necklace. HOW GORGEOUS IT LOOKED! Any girl would have fainted at the beauty of it. The pearls were so stunning-they were like real bubbles and the clasp was real gold.
Even Kaldur was amazed at the jewellery. It was beautiful.
And Harley will certainly look marvellous with it.
He thanked the Queen very much and she waved good bye-hoping for him that he had a great time with her.
He waved goodbye and went to the back of the palace. Thats where the Zeta-Tubes were located. Garth, He, and The King Orin (Also known has Aquaman) could access them. He went through the Zeta-Tubes and was shipped to Mount Justice and hopefully, to Harley has well.

Mount Justice 5:39 pm.
Harley sat down and looked at the two dresses.
Black or Turquoise, Black or Turquoise?
She hit the edge of the bed with utter irritation. Which one?
The date was 6:30pm and she was going to be late!
After three minutes-Shadow knocked at the door.
"Can I come in"? "I need to borrow something."
Harley looked up. Like her, she was new has well to the team but Shadow arrived few weeks earlier than her.
"Sure, I don't mind" "What is it that you need"
But Shadow now wasn't focused on that. She was now looking at the dresses.
"OMG, Those are so cool! Where did you get them?" "Are you going on a date?"
Harley looked surprised. How did she know?
"How do you know?"
"Robin told me" She replied, still looking at the dresses.
Harley looked shocked. How did HE KNOW!
How the heck did 13 yr olds know all these things?
How dare he...
"WHAT! How the heck does he know????"
Shadow looked up at her, distracted. "Oh no, Robin isn't the only one-KidFlash knows about it too"
"Wait. YOU'RE TELLING ME KID-MOUTH KNOWS ABOUT THIS TOO!!!!!!!!!!!"
Shadow, oblivious to her actions replied calmly, "Yah he knows too, why ask?"
Harley looked at her with big eyes.
Than with no intention just grabbed her and shook her saying at the same time.
"Its my first date with Kaldur! It was supposed to be secret! Not like the other dates I had with Roy-That was because Batman assigned that! But this-this is special. I want it to be perfect! I don't what others to know-Batman will kill me!"
"'Kay, 'kay. Calm down, Leave it to me. I'll keep KidFlash, Robin and Batman out of you and Kaldur's radar and you guys can have a romantic dinner alone. 'Kay?
Harley collapsed on to her bed and said "Yes. Me and Kaldur. Alone. Thats what I want."
And to prove that she gave a big thumbs up.

Mount Justice 5:45pm.
Kaldur-all wet and smelling of the sea, ran to find Robin and KidFlash.
Well he was on correct timing. They were both in the kitchen/lounge and were playing a video game on the big tele.
He didn't want to harass them-but this was important and he needed them.
He crept behind the big T.V screen and disconnected the cable.
"NOOOOOOOOOOOOOOOOOOOOOOOOOOOOOO!" Shouted a stressed Robin and KidFlash.
"I was about to eat you!" KidFlash said.
"NO, I was about to eat you! My monster had taken away all your powers-you're weak lad." Robin said-still couldn't believe that the power went off.
"Well who cares, LAD," KidFlash went on, "The electricity is GONE!"
Robin put on his glove containing the holographic commuter and checked the systems.
"The power isn'...."
"ROBIN, KIDFLASH I NEED YOUR HELP!"
Kaldur was standing there in front of them, eyes wide, body soaking wet and....was he smelling of fish poop?

To Be Continued....
Obscurity98 likes this
Obscurity98 so funny, i still love it! and that last sentence, RIOT! i laughed so hard. Thank god for the water bottles i have in my room. and i hope i get that turquoise or black dress problem solved! and hilarious Robin wally scene! 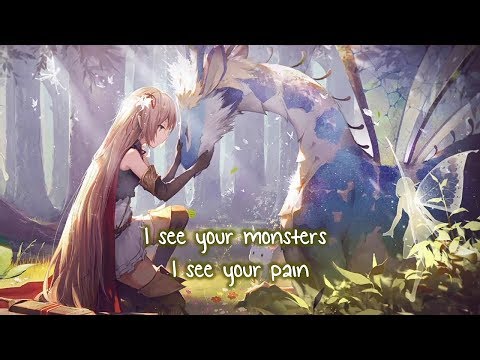 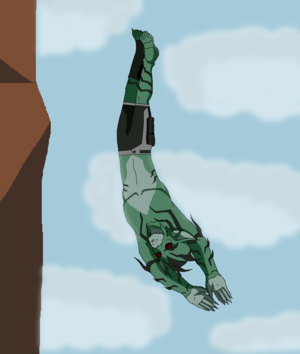 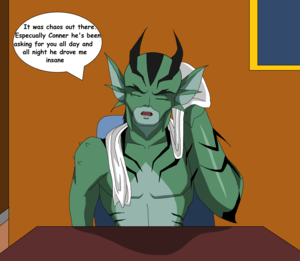 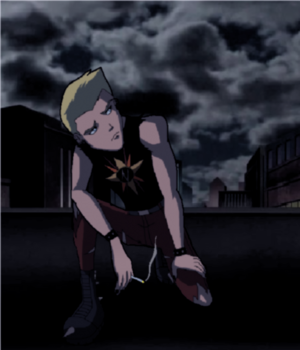 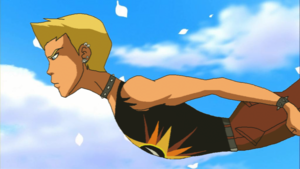 Nuclear Boy
added by MinaBloodlust
One Day
posted by The_Writer
This is the latest chapter in a story called The Speed and the Archer on Fanfiction.net. This is NOT mine. Enjoy

Hey everyone! Here's another one =-] and it was requested by YJ-Lover. Please review, send prompts, and Enjoy!

"We made it out," Artemis laughed lightly as she kissed Kaldur on the cheek. He held Artemis' hand and gave it a squeeze. Kaldur looked tired and worn out as did Artemis.

"Yes," Kaldur smiled. "We did together. It has been a long four months. I am glad we are both home." Artemis smiled back. 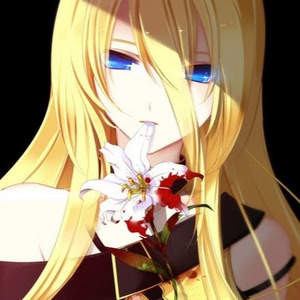 Because this girl doesn’t get very much attention.

LAYER ONE: THE OUTSIDE
Name: Alexandria Douglas.. used to be Michels. But you can call me Alex, or Nudge... I’ll more than likely respond quicker to Nudge. It’s grown on me.
Reason or meaning of name: “a beautiful person; that of which is consumed in greatness; usually has nice hair” tch, wish I could agree.
Eye Color: They're blue.
Hair Style/Color: It's naturally blonde, shocking I know. It’s pretty long, middle of my back, usually up away from my face.
Height: 5'8, I'm taller than Fang's kid, funny right? He's a giant.
Clothing...
continue reading... 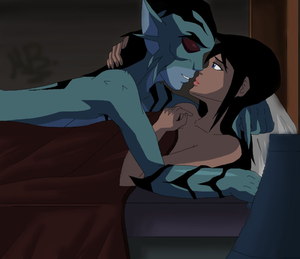 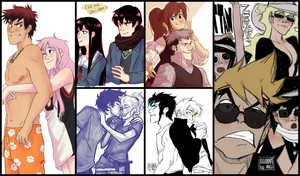 Don't be surprised
added by GlitterPuff 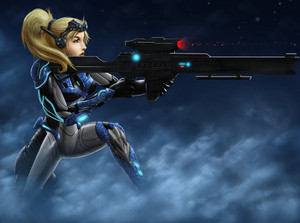 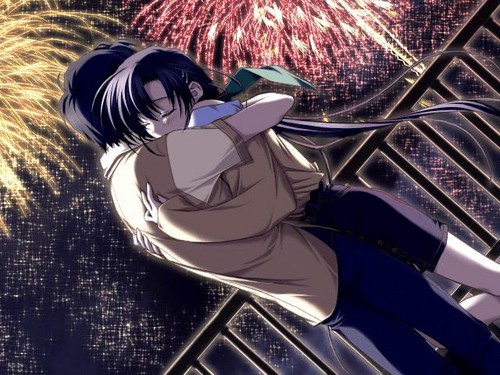 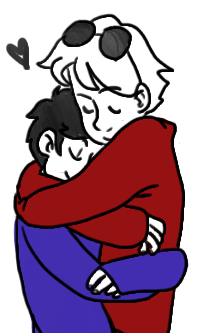 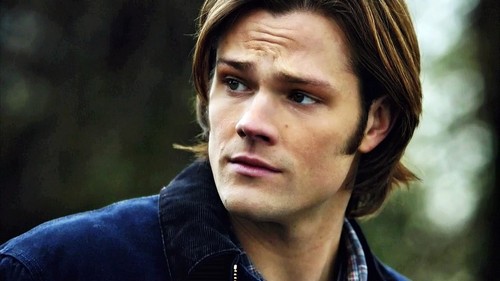 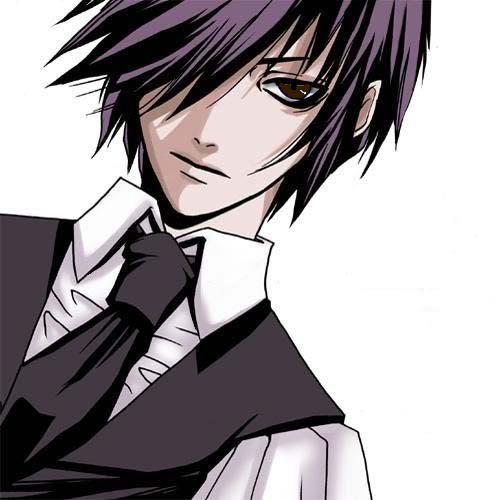 1
Scott and Cat
added by Robin_Love