A Saint's History
posted by Connor_Veritas 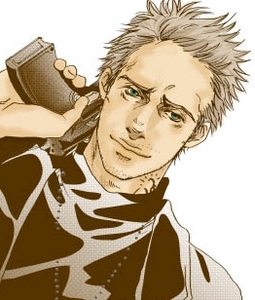 I gew up in Ireland. Growing up was hard. Taught ta fight n' shoot guns at a young age was fun but it kinda scared people away. Never even get ta make any friends. Then there's learnin' up ta seven languages. My mother insisten on it. I learned them all, but whats te point if I never even had the chance te live like a normal kid.

I was raised te believe in god. Religion and belifs was all my ma and pa taught me. That's how it all started with te whole 'killing the eveil te send them ta hell' family business. But of course te rule is we don't kill women and children.

I have a fraternal twin, Murphy. Our ma still haven't told us who's t'oldest yet. I rememebred our ma telling us how she had te keep us in one cot since we wouldn't stop crying if she put us in separate ones.
And when we got older, like 6 or 7, we'd sneak up on each other in te middle of the night, either Murph coming over to my bed or me snuggling up ta Murph and we'd fall asleep together much more easily. And then, when we were 14 and sharing an apartment in Boston, we'd keep each other's mattresses close, with just one small table between u. Of course it also was b'cause our apartment basically consist of one room only, but I knew that we wouldn't have wanted separate rooms anyways. Even in prrson we'd share a room and a cell. Always together.

But then there caem a time where Murphy had te move back te Ireland te take care of out ma. I stayed te continue our family business. Killing evil men so they couldn't hurt innocent people.

Then I met Korran and Scarlet.
My first ever friends.
Met then near a Irish pub in Boston. Saved my ass from the Russian mobs. I was gettign beat up pretty bad, So bad that when I woke up. Looking at Korran I thought she was an angel. Mostly cause she looked like one.
That was when I got me first tattoo. A stylized Saint on me neck.

I have a few tatoos. The saint on me neck, VERITAS on my left hand index finger, a Christ chest on a cross on my back and a celtic cross on me left forearm.

Then theres this guy who interupted my family business. Never get ta see what he looked like. I arrived at where I was suppose ta kill some bad guys. But he beat me to it. Then I finally found teh guy in a small ally at night. The worst part is that he was accually a she. She was younger then he expected. But what was really the worst part is she was on her knees holding a dead man in her arms. It was her father. He was shot. His eyes were still opened staring at the night sky.
Open. Unfocused. Dead.

I got ta know her better and even help her get revenge on the people who assassinaed her father. Her name was Sebastienne. But she never told me her last name. No one knows her last name. Even foudn out Seb was friends with Korran and Scar.

Later found out I was wanted by the police for killing all those men. Even if they were evil men the police still wants te catch me. So I moved back te Ireland with me family. Happy te see Murph again. But sad te had ta leave Korran, Seb and Scar.
When I turned 17 I decided ta come live in Happy Harbor te see Korran, Seb and Scar. But never joined the team b'cause te family business thing is personal and their rules is not the way I do things. Even made new friends and meet more people from the team. This didn't look like the home I had back in Ireland but it surly felt like it. Cause this is what I've always wanted. Friends.
SilverWings13 Niiiiiiiice!!!
Obscurity98 Friends huh? u got me, i hope i count.
SkylarYJ I READ IT!
Lost Soul #3
posted by Obscurity98
Batman left her alone then, and she sank to her knees, the world was alive, people loved her. People she didn't want to hurt. Harley fought back tears, and threw her head back. If Batman found her, she was sure Superman, might be as well.

She was sleeping on the roof of the daily planet, when the sun came shining up. She heard a loud crash that woke her. Her eyes fluttered open, and she saw red yellow and blue zoom by. She had to leave. Now. if she didn't Superman would com back, and make her feel guilty. She didn't need that. No one understood that she had to do this. If she hurt them, she'd...
continue reading...
My First OC, Wikyd
posted by GambetteYJ

Powers: flight, teleportation, super stealth, intangibility and an expert in hand-to-hand combat. She can use the edges of her high density polymerized titanium cape as a blade to slice through things.

Weakness: Because of her lack of trust towards others, she is naturally hesitant and resigned when it comes to team work or bonding activities. She is also proud, so if she needs help,...
continue reading... 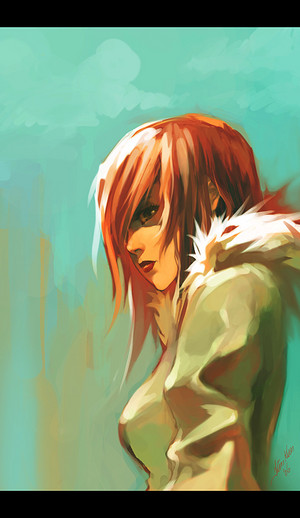 "How many bedrooms?"
"Of course that's your first question."
"The answer's one, isn't it?"
Alek signed in resignation and leaned back against the ledge. On the rooftop beside him sat Aryess, who had paused bouncing the tennis ball against the wall of the utility building to give her brother a no-nonsense look. "Tara agreed to it, Argentum," he defended.
"I'm not judging you!" she returned, resuming the mindless action of bouncing the ball. "In case you've forgotten, I live with my boyfriend." She paused, the ball leaving her hand and riding the gentle toss to the brick wall,...
continue reading... 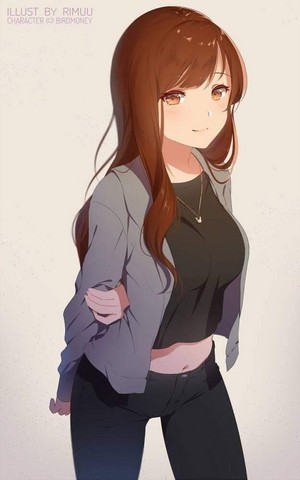 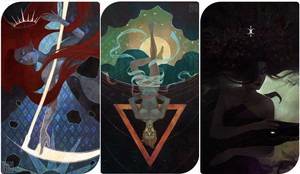 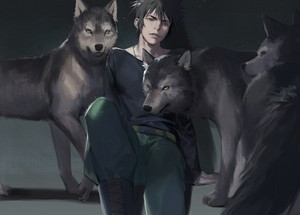 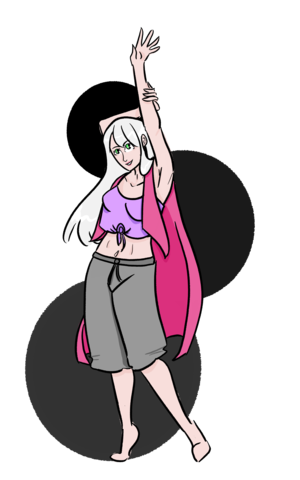 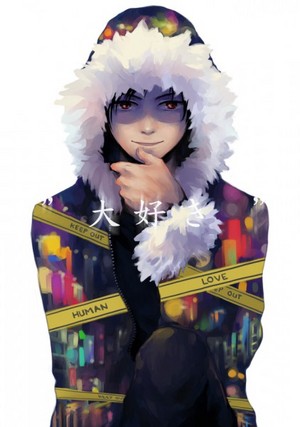 Two: Sides of Alexie Rome
added by SilverWings13
Source: seli-chan (zerochan)
1
Roses and Thorns
posted by GlitterPuff
Can I post stuff that has nothing to do with any of my OC's or the fandom in general? I'm just going to anyways, but just heads up this is purely creative writing
------- 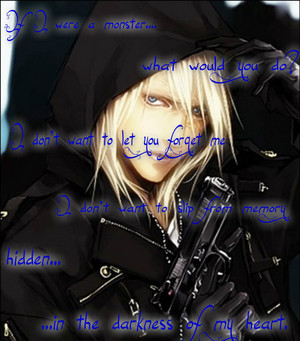 1
If I were a monster...
added by Robin_Love
Source: (C) to artist and anonymous writer 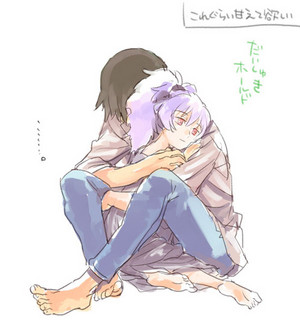 ITS HIM!!(Too lazy to photoshop the eyes.)
I killed Raptor, AND QUOTED AQUALAD.

Weapons: Dagger, made of material stronger than steel. 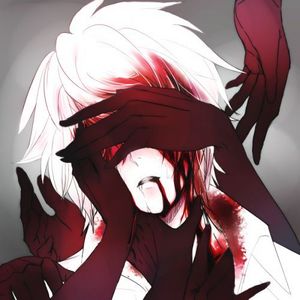 When her client arrived, she recognized him this time. That night he had shown up, drunk and defeated, he had been a stranger to her. But now he was back to himself: neatly combed platinum blonde hair, impeccable three piece suit, confident smile on his lips.
“You look nice,” he told her as he led her by the arm down the stairs. Men usually wanted to take the back stairs to avoid being seen with escorts, but he did nothing to hide his place with her. Everyone in the brothel knew the young man was one of their own. “You look nervous,” he added as they stepped out into the brisk night...
continue reading... 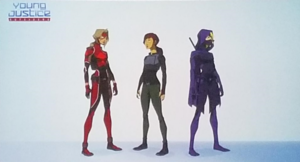 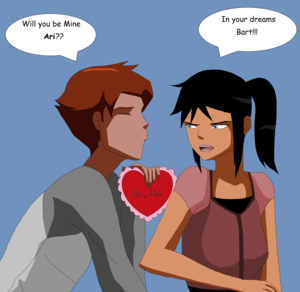 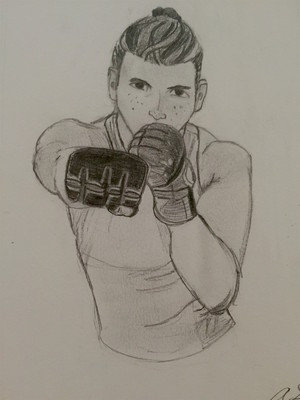 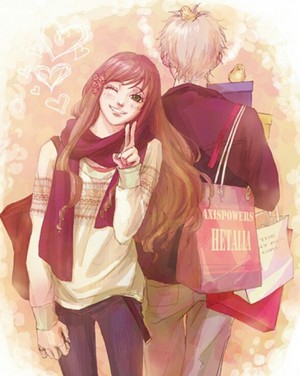