1
Stolen End
posted by Mclovin_69
" Trust me his weakness is if me touch him i flet some of my power coming back" Becca said, " no wonder he wont let us near him!" Lucas said, everyone turned to Douglas his eyes glowed light blue, " rush him!" Andrew yelled, everyone ran at him but he shot a sizmic wave knocking them all back. Willow got on her hands and knees and looked at Douglas with anger, " Meagan link us up!" Willow shouted, Meagan nodded and put everyone into mind link, " what do we do he wont let us near him " Blossom said, " he cant hit what he cant see right " Becca said, " of course!" Robin said, everyone turned to Astreous, she looked around questioninlgy but then it all began to sink in. Astreous disappeared with her suit, she went around behind Douglas and threw herself onto him pinning him to the ground " Artemis now!" Andrew shouted, Artemis shot an arrow towards Douglas landing infront of him, it let out some gas and it went around Douglas, " Astreous cover your eyes!" Bullet yelled, Astreous covered her eyes, Douglas screamed and rubbed his eyes he couldnt see anything. " Everyone now!" Robin yelled everyone ran at Douglas and grabbed onto him, Willows eyes turned blue and she felt power returning, Artemis felt skill coming back to her as did Aero, Steel, and Robin. Beccas eyes glowed gold as more power returned into her, Andrew, Lucas, Melinda, and Joys eyes glowed their rightful colour as their powers came back. Kaldurs powers seemed through his body and his tattos began to glow light blue again, Meagan and Superboys powers returned and Meagans eyes glowed light green. Wallys speed began to come back to him, his hunger came back. Phoebe, Blossom, and Astreous's powers returned and they felt more powerful then ever. Everyone released Douglas and he fell to the ground with a grunt of pain. " Now the real heroes stand up while the fonies fall down " Andrew said as everyone stood around looking down at Douglas as the boy continued to lay there.

Everyone faced the justice league, Batman looked at them as did flash and green arrow, " we are sorry for misreading Douglas we had no idea he had that kind of power " Batman said, everyone smiled everything was becoming normal again for once, Willows smiled disappeared from her face when a thought occured to her, " where will Douglas be taken?" she asked. " He has been taken to Belle Reve and i assure you he will not be touching anyone " Green arrow said, on the screen it showed Douglas in his cell with magnetic gloves covering his hands.

Willow sat on the beach tonight, she looked up at the stars, she looked up at orians belt and small smile appeared on her face, but then it faded away, " I know why you gave me up... i understand i was difficult to take care of, i want you to know im not angry.... im actually very much relieved, if you hadnt have done what you did i wouldnt have met anyone here... especially Wally...., he takes care of me when i need it most... so you dont need to be worried about me...." Willow said. Willow sighed and looked down, " i guess my wish came true afterall... i had the feeling of what it would be like to be normal..." Willow said, she looked up at the sky again and a shooting star went across, " i wish that everything will stay the way it is... its meant to be like that..." Willow mumbled. Becca came out of the cave and saw Willow on the beach talking, a smile spread across Beccas face, but it disappeared again. She knew she needed to apologize, for her actions though she could not help it, she still needed to let Willow know she loves her and more then any person could love a sister, she went up to Willow and sat next to her, " Im sorry for my behavior.... i just wanted to let you know i still love you sis " Becca said, Willow looked over at Becca and smiled, " love you too sis.." Willow said, the two girls hugged as the full moon shone in the sky over the ocean next to the mountain.
Robin_Love likes this
EclipseYJ thats such a sweet ending, you guys are so sweet ^-^
ArtemisYJ Cuteee but where was I??
Mclovin_69 making out with Luke hehe XD where else Arty
ArtemisYJ .....
Mclovin_69 AWWWWWW :) HEHEHE
ArtemisYJ -__________- dude...
Mclovin_69 why dont you admit to liking himmmmmmm
EclipseYJ lolz just do it Arty :)
ArtemisYJ You people are so pushy
Robin_Love LOL!!! YEP! MY SIS AND I ARE ONE IN THE SAME!!!!
EclipseYJ *few* Aeros ok now :D ....oh and so is everyone else XD
ArtemisYJ ^^Nice to know you care Phoebe
Kurls_Basd AWWWW!!!! but what about phoebe and Aero.... who's gonna brost their bubble
1
Youll be in here in my heart ENDING
posted by Mclovin_69
( 6 years later)

"What, if we actually do this song right?" said Speedy slowly. "We could make this song not sound ridiculous for us. If done right, this song could be very...
continue reading... 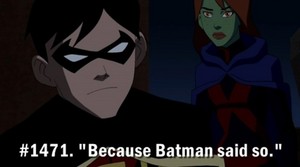 4
some reasons of why we love yj
added by CarolineG 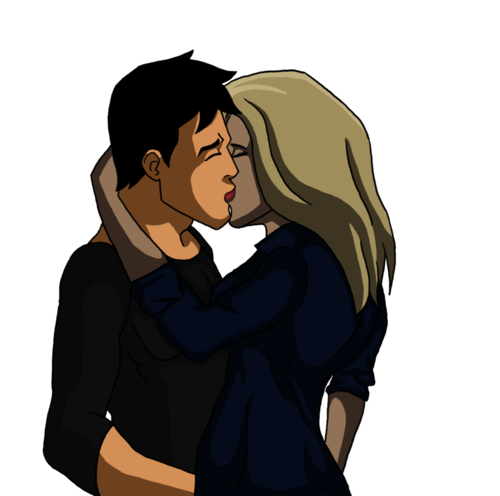 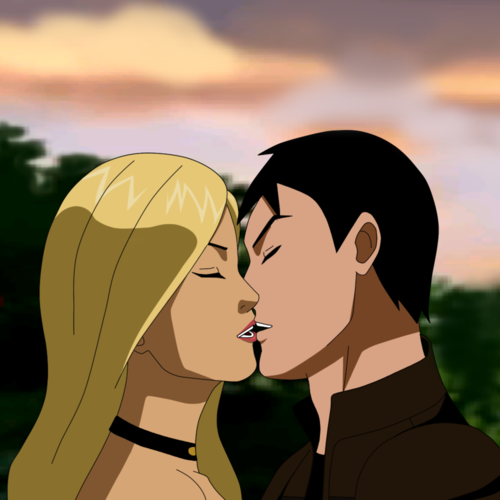 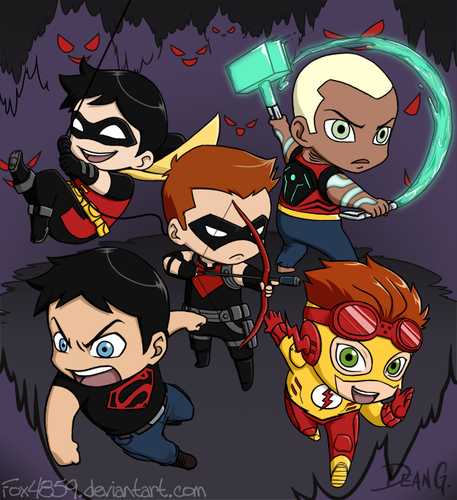 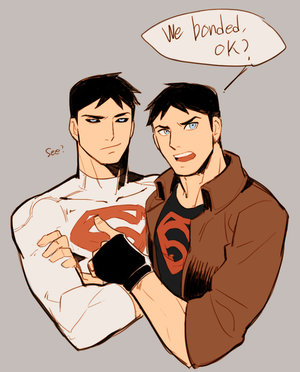 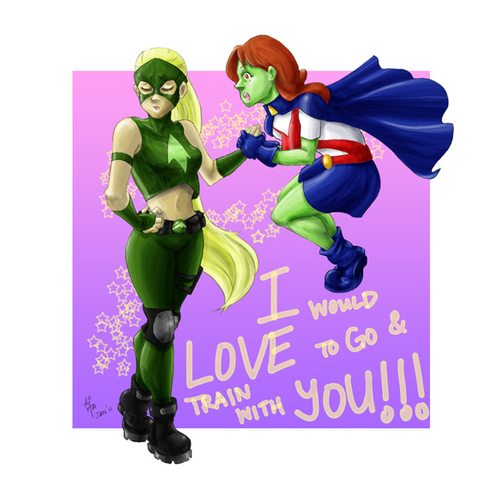 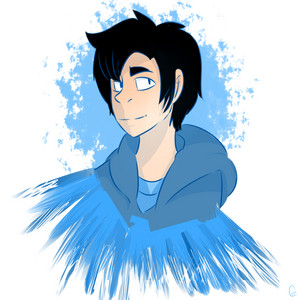 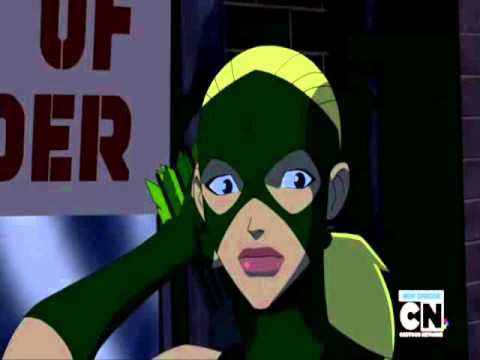 Young Justice: ROBxART- Haunted
added by brown-eyed-girl
This is a really cool video. One of my favorite videos
video
young justice
robin
artemis 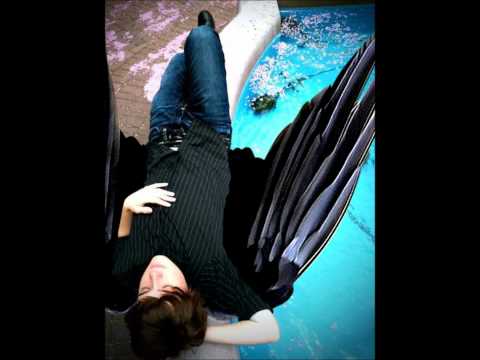 Hey guys it's me! *updated*
added by FangYJ
WOOOO
video 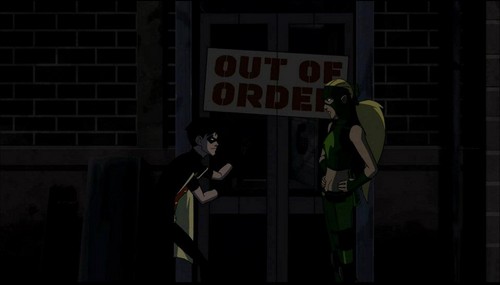 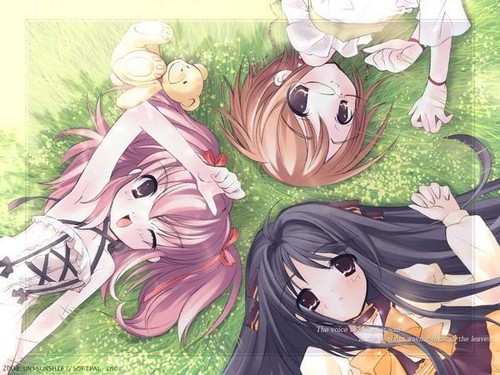 The Team's 'Hotheads'
added by InfinityYJ
Source: interwebs
2
Terrors End
posted by Robin_Love
I've heard people say that letting go is hard to do. And it's true. But the more I wandered, the more I felt like I had to close something back there. Damn. There was always something. Oh well. Time to end it. I headed back, passing her grave again. I'll see you later sis. And I'll bring some decoration for you. I went back. Damn it all. I had never wanted to come back when I left. You just have to close one door to open another I guess. When I got there, it was broad daylight. So I hung around until it was well into the next morning. 3:00 a.m. No one would be up. I entered, heading down the...
continue reading...
Proven part IV
posted by SilverWings13
Proven part IV
I shut my eyes, enjoying the feel of the wind rushing past me. The whine of the engine filled my ears, vibrating through my whole body. Accompanying it was the steady thud of Alek's heart beat. I peeked over his shoulder, over the handlebars at the road as it passed underneath us.
I had laughed with surprise when Alek had shown me the motorcycle parked outside the apartments. Streaks of gold intertwined as they cut across the snow white undercoat, glistening in the morning sun. He had handed me a black passenger's half-helmet before putting on his own.
As we traveled through the...
continue reading...
Sparks End
posted by Robin_Love
Willow smiled.
“Wally, the wedding is fake.”
“W-what?!”
“It was all Becca's idea!”
Wally looked at the younger girl who wore a devious smirk.
“I wanted to test you. Willow knew better than to marry. But I wanted to see just how far Wally West was willing to go to get his girl back. Everyone here already knew. You're the only one who didn't. Now tell me. You still love Willow with your whole heart?”
Wally looked at Willow. Her brown eyes, her brown hair. Her warm smile, her beautiful face. But he could also see inside. Her heart of gold, her kindness. Her inner beauty. His throat clogged...
continue reading...
An Opening Chapter 10 the Immortal madiens society
posted by Skittles98
“Okay, next stop Themyscira for the golden Rafflesia arnoldii” I said “Percy, Nico, you two will have to stay here or else you might get killed on sight”
“Why? Because we’re guys?!” Percy demanded
“Yes” I said, dead serious
“Oh.” Percy said
Annabeth and I walked out in our new white dresses. They were styled just like an Amazon dress so we could appear friendly. I also had a sheathed sword under my waist tie in case of trouble. I crafted it out of a hydra scale, so if it were damaged, it repairs itself. We walked a couple of feet, and then were spotted by a patrol.
“State...
continue reading...