1
The Bat Family
posted by NekoTheif

Batman wasn't sure whether he was suppose to be angry or relieved. Robin (along with 2 others) had gone into Cadmus. Alone. And all had suffered from the injuries. So far on glance he could tell robin had several broken ribs and ankle problem and bruises. It was glad the boy wasn't dead or in a coma. Yet on the other hand he had hacked Justice League systems which spurred them into going in the first place. Batman also didn't like surprises when it came to Robin. Because nearly all of Robin's hero antic surprises ended up with him injured or captured. He watched the boy try to stay still in the jet. "You disobeyed orders" he tested the boys reaction. "I know" was the answer. Okay the boy was tired. That meant he could have a talk with robin without being frustrated with interruptions. "You could have been killed and you hacked justice league systems" he started again. "It was easy" came the reply. "We have talked about abusing your skills" he turned the jet a little. "We got superboy out" he mumbled his eyes closing. Batman opened his mouth again but seeing as the boy was sleeping he decided that it could wait until tomorrow.

(during Denial in Gothem)-

Batman hated when Robin got involved in missions tat involved the joker. Joker was a sychopath and a villain that didn't mind at all killing. In fact Joker was a serial killer. So when ever he had to deal with Joker he usually made Robin wait on a roof top or in the batmobile. But ever since the team was made Robin was getting a little to happy on ignoring orders. Orders he usually fallowed. He tried to convince him self it was a phase a very very dangerous phase. So as he carried Robin back to the batmobile he tried to come up with something that would keep this from happening.

"just Aqaulad" Dick mock snarled as he lowered himself on the ropes in the gym. He didn't know why it hurt so much why it seemed to kill him inside that Bruce had just wanted to talk to Aqaulad. it shouldn't have bothered him really. It shouldn't make him want to punch the team leader in the face and pour salt all over him. It shouldn't it just shouldn't. He back flipped and messed up as he bumped into the wall he vented his anger. Punching a decent sized hole into the wall he cooled off his head by holding the water bottle to his head. Alfred opened the door "Master Bruce wishes to see you" he quirked an eyebrow at the wall and the younger man. He puffed out air and fallowed the butler. Bruce was waiting outside. Tossing the basketball at his son. Dick blinked "What's this?" he asked. "hand, eye coordination" Bruce answered. "One on one?" he titled his head to the side. 'if you think you can handle it" Bruce replied. He just laughed and dribbled the ball. Maybe Batman was dealing with Just Aqaulad. but with Bruce it was just himself. And well Alfred because Alfred it awesome.

Batman was glad that again Robin was alive. He and Artemis were the only non-super powered people on the team. Just like him and Arrow. These two had to fight to save their teammates. Artemis was nothing less than scared and Robin. He wasn't sure how Robin was. He had fighting longer than Artemis. But this had no doubt scared him enough to not notice when the robots had ambushed him and left Artemis to finish what he started. He wrapped on arm around his son. He was alive and that's what mattered to batman.

Robin had just his family again. While he showed nothing he was dying inside. The man that had become his support just died. Right in front of him as well. those attackers had hell to pay. He was going to make them wish they had never come near earth. When wally came up with the zeta beam idea he had a spark off hope but the scans he did crumpled him. When they woke up he was more than glad to see batman there.

not again. This has to be a dream it had to be! But it wasn't Zatanna said it was magic all he could hope was that he would get his father back. but after the mission. He wished he could say the same for Zatanna. Batman comforted him. If Batman could comfort him then he could comfort Zatanna to. After all Batman trained him didn't he. 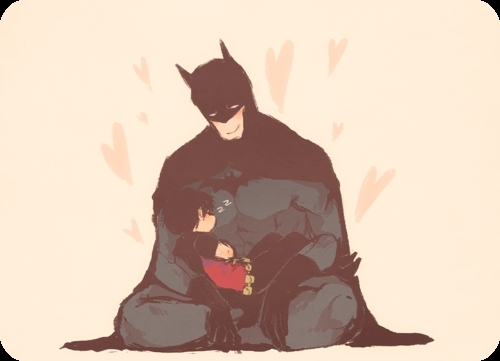 Devin_Grayson likes this
SilverWings13 U did a fantastic job on this!
NekoTheif oh thanks! I always thought I rushed it
Devin_Grayson It's very nice. Very Robin and Bats.
NekoTheif aw thank you 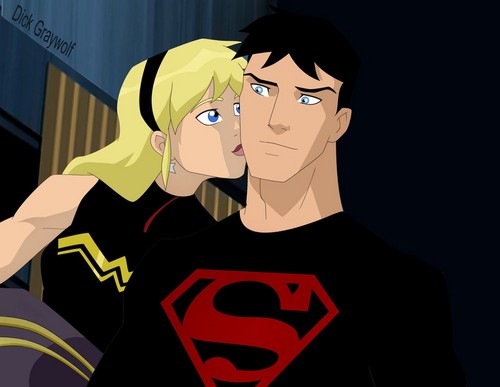 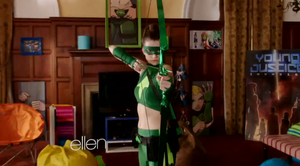 1
Artemis cosplay in a movie
added by brown-eyed-girl

1
Red arrow and Cheshire, Lol!
added by batgirl910
Lol it looks like she is kissing his teeth
video
young
justice
cheshire
red arrow 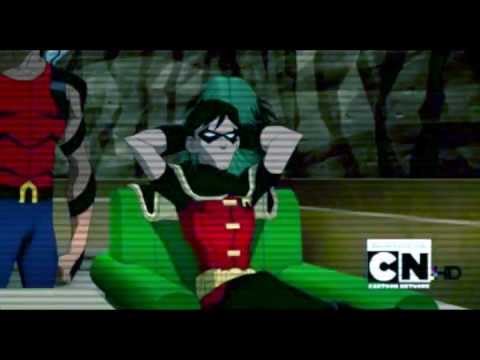 Robin and Zatanna - ***If I Had You***
added by purplevampire
video

Robin and Batman just like you
added by brown-eyed-girl
This video is awesome. The whole thing fits together perfectly
video
robin
batman 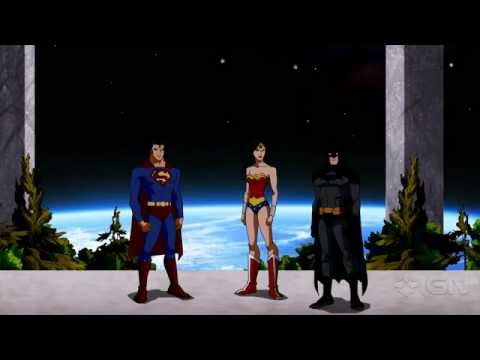 Girls Night Out...with Superboy
added by TOTALIzzyluver
The Girls attempt to throw a sleepover for themselves. But then they realize it's not gonna happen the way they planned. VIDEO CREDIT TO: link
video
young
justice
artemis
m'gann
zatanna
superboy 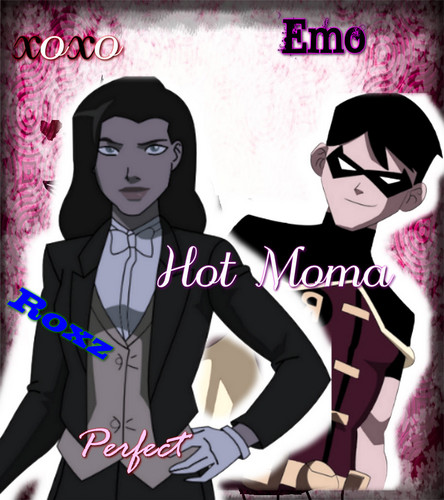 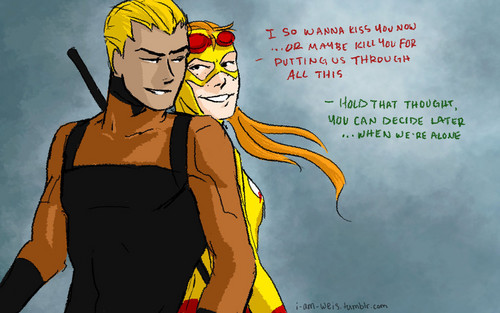 hold that thought
added by purplevampire 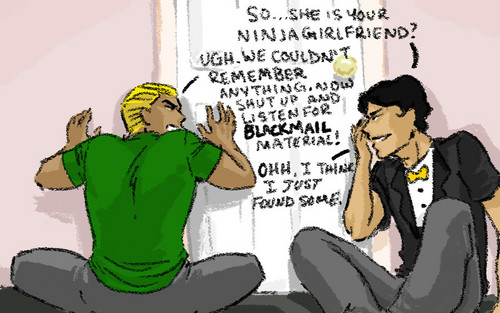 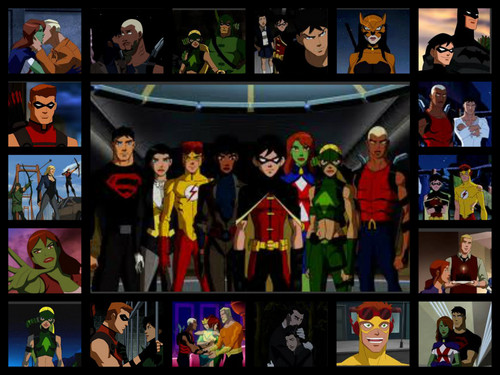 2
The original team
added by rosedawson1 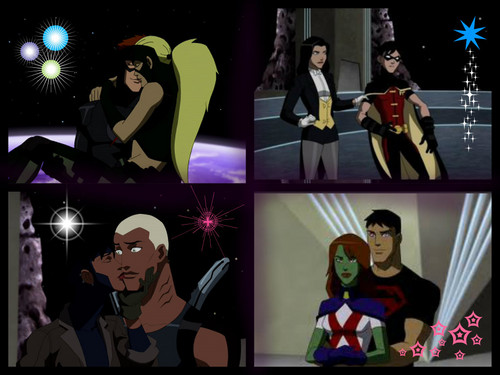 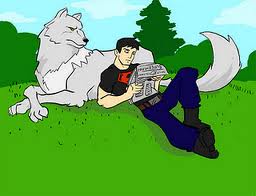 1
Superboy and Wolf
added by Kurls_Basd 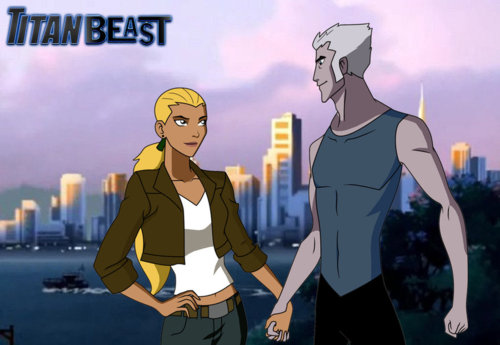 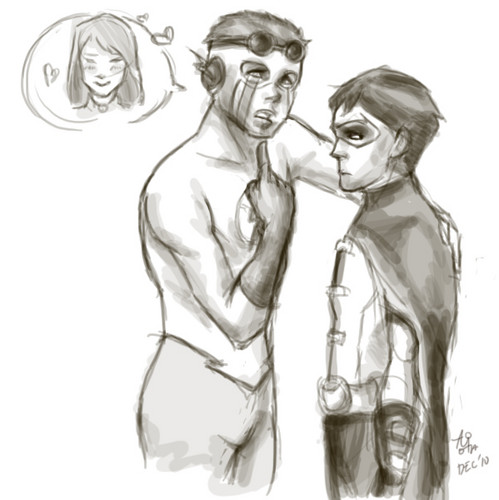 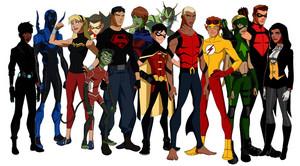