1
One Direction's American Adventures!!
posted by xMrsNiallHoranx
Our One Direction boys have been far far away in America working on their album. We miss them. We want to see their faces again but we know it's very important for them to focus on their music right now.

From everything they've been tweeting it's clear to see they've been working very hard, but as usual, it also sounds like they've been up to lots of random stuff including hanging out with Perez Hilton, Chad Michael Murray and rubber chickens?

Last week Louis wrote, "My eggs benedict were BEAUT ! Anyway off to studio now, will try to tweet while I'm there. :) x"

Niall has been keeping us all updated on how hard they've been working. He wrote,

"In the studio today again!! wheres the sun gone ! got lost!!"

"We were in the studio with @amf19 !! he is a 'top top' guy and the man behind the best band in the world in my opinion @thescript (WORKING WITH SOMEONE)

He later added, "Great session with @matt_squire and a great evening with his lovely family in their beautiful house!in the pool,played basketball,great guy!"

Matt Squire is a multi platinum music producer so the boys are really teaming up with some top names!


It seems they've be hanging out with some pretty famous names too.

Louis Tomlinson has been spending time with heart throb Chad Michael Murray. Can you imagine what you'd do if you were in the same room as Chad Michale Murray and Louis Tomlinson?!

He tweeted, "Just had a lovely few drinks with @ChadMMurray & his partner Kenzie. What a great down to earth guy he is. Thank you everyone for the help!"

He wrote, "just been to @britneyspears concert tonight ,amazing show,she killed it! i think britneys back and in full swing! @NICKIMINAJ was amazin too."

Oh and if perving on Britney is enough for Niall he's also taken a shine to Demi Lovato. He wrote, "Found myself watching camp rock! @ddlovato is soo cute!!"


While Harry has been spending time with Perez Hilton himself. Don't forget though Harry we're the number one celebrity website in your heart, right, RIGHT?!

He wrote, "Met @PerezHilton at the show tonight..really nice guy :)"

Well I guess you would want to stay on the right side of Perez...

Unfortunately Harry also had a run in with a chicken. He tweeted, "An old man just waved a rubber chicken at me...right."

Erm... we hope it was a rubber chicken.


And this is all Zayn had to say:

A man of few words but wise words. Wise words.


What do you think of One Direction's American activites? Can you believe Harry is hanging with Perez? Glad they're working with top producers on their album?
sweet_treats likes this

Niall and Zayn
added by Blacklillium

1
On the Road Again Tour
added by Blacklillium
Source: ladylads 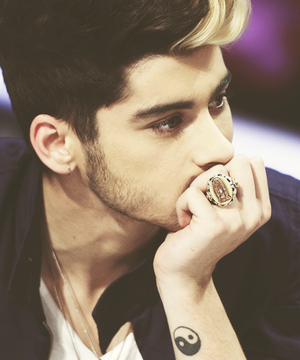 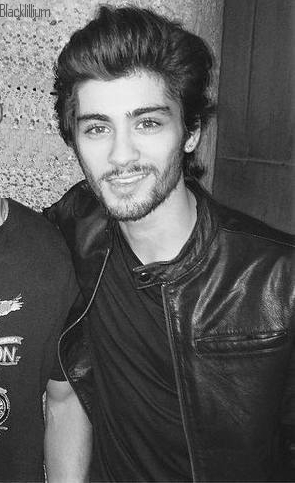 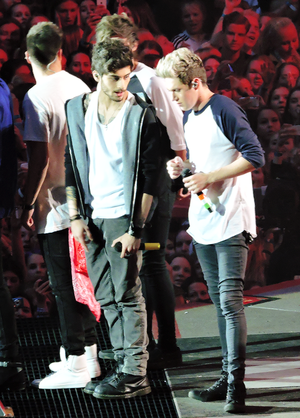 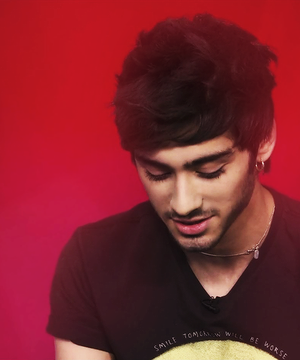 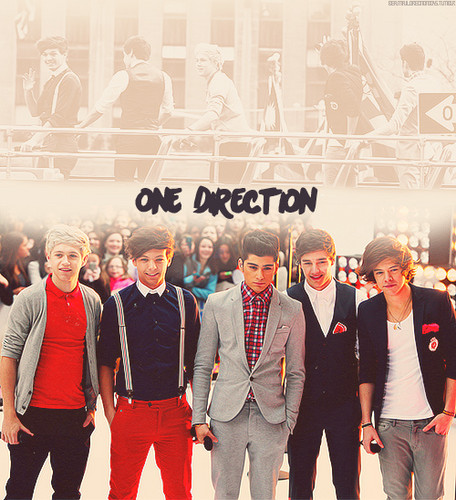 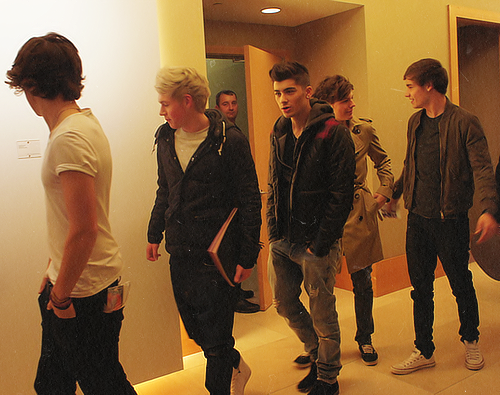