3
Enchanted (Zutara story)
posted by SilverFanGirl
Chapter One
Katara sat on the ledge of a cliff by herself. She had her legs up to her chest. She sat there, quietly. She sighed heavily. Zuko had just joined the group to save the world from the Fire Lord. She watched the ocean waves crash against the cliff's bottom. She wondered what it would be like to fly across the water. She would soar across like-
"Katara?" a voice asked, interrupting Katara's thoughts. Katara turned to see who it was.
"Zuko? What do you want?" she said coldly. She glared her dark blue eyes.
"I need to talk to you," he answered. Katara turned back to her regular sitting position. She stared out at the ocean. Zuko sat by her, sides brushing up against sides. Sparks flew all over Katara's body. She blushed some.
"What about?" Katara asked, still sounding cold. She was always against Zuko. She would never fall for his trick. Whatever that was.
"I know you might not like me," Zuko started to say.
"Not like you? I HATE you," Katara snapped, still looking over at the ocean. The sun was setting.
"But if the whole world was against you," Zuko said softly. "I would be on your side." He smiled at Katara. Katara turned to him, smiling inside. She found herself smiling on the outside also.
They stared at each other for a little while. As the sun began to set deeper and deeper, the two leaned in.
Zuko's lips touched Katara's so gently. Katara wanted to burst into a billion pieces. They leaned in more. Katara's lips danced in Zuko's touching. His arm seeked across to her back. Katara pulled away. Zuko looked shocked.
"What's wrong?" he asked softly.
"We...we can't do this," Katara said, disappointed.
"Why not? Its not like Aang loves you," Zuko said, joking. "And you don't want him to be...Oh." He saw Katara's face go to a sad face.
Katara smiled softly. "But...we can just do this...quietly."
"So..a secret love?" Zuko asked in a whisper. Katara nodded.
"I gotta go," Katara said. "Aang and I have some planning to do." She got up and walked off. She felt Zuko's stare upon her. The kiss had been so magical. She couldn't wait until their second kiss. If there was going to be one...
Beach_babe_kini, ZUTARAFOREVER17 and 1 other like this
ZUTARAFOREVER17 wow thats good. her hatred didnt last long!
zutaraforever can you join my club? http://www.fanpop.com/spots/zutarians
3
The True Heart Chapter 1 - Zuko
posted by vanillamoon08
Chapter 1- Zuko


“AH!”
Zuko woke to a start in cold sweat. He breathed fast. This was the fifth night in a row he had dreams about his long lost mother. He could still hear her voice ringing painfully in his ears from his dreams, “Zuko…help me Zuko…Where are you? Why haven’t you searched for me?”
“Because I don’t have the time,” Zuko said aloud.
He sat up in bed, close to tears. Ever since he became Firelord, he and Avatar Aang have been working for what seems like non-stop. He truly...
continue reading...
4
The True Heart Chapter 4 - The Search Begins
posted by vanillamoon08
Chapter 4- The Search Begins


Katara was getting married to Aang outside in a garden, and she couldn’t wait to meet him at the end of the aisle. Her father was escorting her in her Water Tribe dress. She smiled at Aang from the other side and he smiled back. He looked handsome in his tux.
Suddenly the weather turned dark. People in the audience stood up and gasped as they stared wide-eyed at Katara. Toph pointed at her and started to laugh. Then everybody started to laugh. Confused, Katara looked down at herself. She was no longer wearing her wedding dress, but instead...
continue reading...

6
zutara for life
added by ulisay 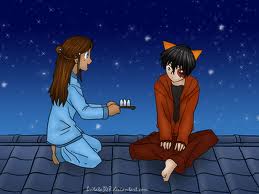 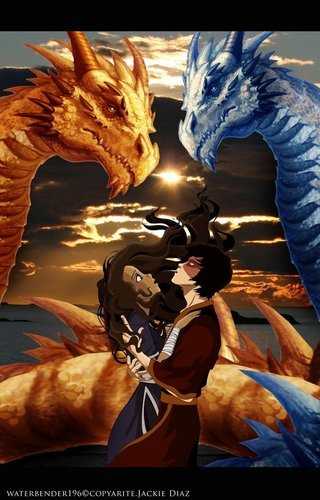 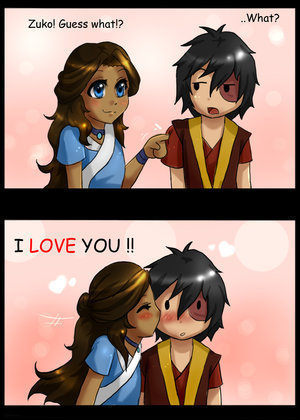 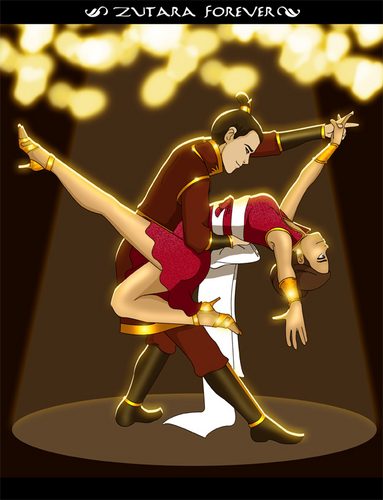 zutara: amazing
added by kataraang45
yea. kinda weird that a spinm off would be like this
video
zutara
amazing
kataraang45 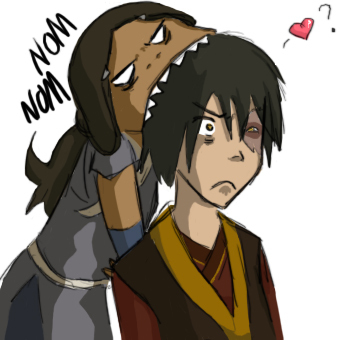 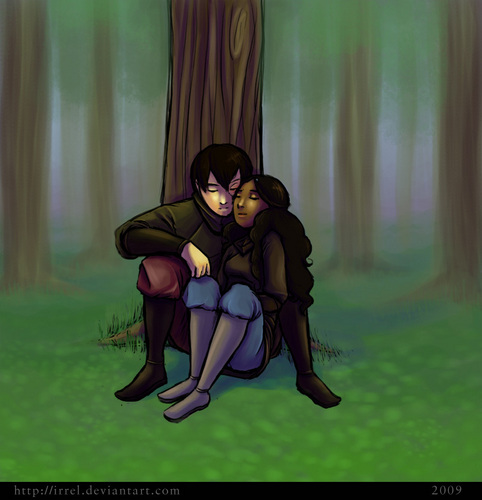 3
Zuko and Katara
added by WaterbenderTash

3
Zuko and Katara- Just a little girl
added by WaterbenderTash
I LOVE THIS ONE!!! It is kinda cool how at the start ofthe song the guys voice sounds similar to Zuko's! LOVE IT!:)
video
zutara
zuko
katara
avatar: the last airbender

2
Zutara- Not 'n' cold
added by WaterbenderTash
ZUTARA!
video
zutara
zuko
katara
avatar: the last airbender
6
HOW COULD YOU????? (Part 2 of the STORY)
posted by tdilovestories
He frooze in shock, she had never looked so mad at him before. Zuko jumped up off of her and quickly put on his clothes. She rapped a blanket around her and headed into a covered area of her tent to put on her clothes. He turned to run away but a hard hand landed on his sholder and held him in his place. The avatar turned to see it wasnt Zuko's hand, but Katara's.

ZUKO'S POV:
She was fumming, her eyes didnt look there normal beautiful blue but a deep deep angry sea blue. The type of seas that hold monsters and no one wants anything to do with. She was holding him in his place with one hand and...
continue reading...

3
Zutara- Angel to you (Devil to me)
added by WaterbenderTash
About ZUTARA!!
video
zutara
zuko
katara
avatar: the last airbender
7
KATARA!!!!!!!!!!! (FIRST PART OF THE STORY)
posted by tdilovestories
Aang's POV:

I woak up when i heard a mumbled shout coming out of one of the other tents. I got up and steped out side into the dark night. I steped closer to the tents next to mine........ but i couldnt hear it again. So I decided to go back to bed. I turned to go back in when I heard I stiffled shout.

I gasped.... it sounded like Katara and she was yelling at Zuko. what was going on??????? I rushed over to her tent and peeked inside.

I looked in and saw Katara laying on the ground and Zuko on top of her, pinning her down. But something was different....... it didnt seem like she was scared, it seemed like she liked it.

They both were moving around ontop of each other and I was about to jump in and "save" her when she squiled out excitedly "UHHHH..... ZUKOOOO"

he moaned out "Ka- Katara"

And then they kissed. I was shocked. "KATARA!" I cried out. (unintintionaly)