I think I know where Zuko's mom is
posted by paintbrush12 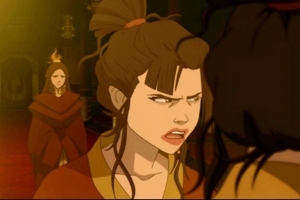 At the end of Sozin's comet part 4, when Zuko asked Ozai "Where's my mother?", I knew he would not have an immediate answer. This eluded to a possible continuation of the series, or at least another show....but this was not to be. Happily, Dark Horse had picked up the reins and led us onto the further adventures of our favorite gaang. After years of wondering and waiting, we are finally able to embark on yet another life-changing field trip with Zuko-actually it's Azula's turn-to quell that question that has burned in our minds for so long.
Amid the back story and our troop's various distractions, I am starting to see clues to Ursa's possible whereabouts.
Looking back at Sozin's comet part 3, as Azula is preparing for her coronation, Ursa appears to her in the mirror. We see Ursa speaking to Azula as if she's in the room, but at the time, just chalked it up to Azula going insane and having delusions. In the Search part 1, again we see ursa appear to Azula and speaking to her-these are not random ramblings going through Azula's mind, but actual conversations. Again she appears to Azula in a reflective surface.
Throughout this story, our gaang has encounters with creatures from the spirit world, and this story seems to lean heavily on this…They will continue these encounters in part 2, but for those who have not read this chapter yet, I won't go too far into this.
Just looking at the direction this story is going, and thinking about what has already taken place in the ATLA series, I am inclined to think this:

Ursa is somehow trapped in the spirit world.

Her only connection to the other side is through a reflective surface. If so, then she has not truly abandoned her children, but has had no way of really reaching them, and of course, Ozai honestly does not know where she is.
Ok, that also brings up more questions; will she be able to come back? I think she can, and that Aang, being the Avatar-may be instrumental in this. And why hasn’t she appeared to Zuko? Wait! She may have: In the episode “the Earth King” while Zuko is suffering from a fever, he is restless and has strange dreams, In one of them he sees his mother, she cries “Zuko, help me!” as she fades into darkness, he sees a reflection of himself in her eye. What may have been just a bad dream to Zuko at the time may actually now be seen as a cry from the other side by Ursa. 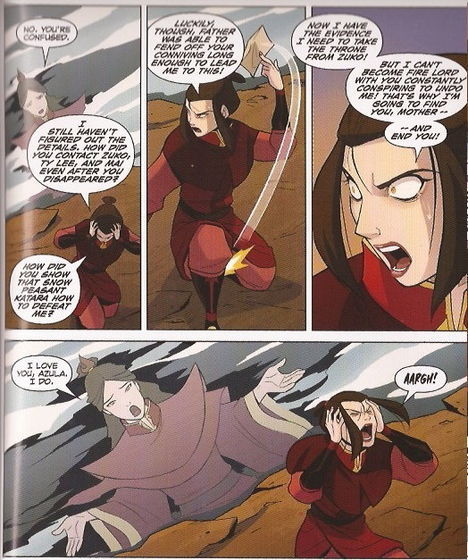 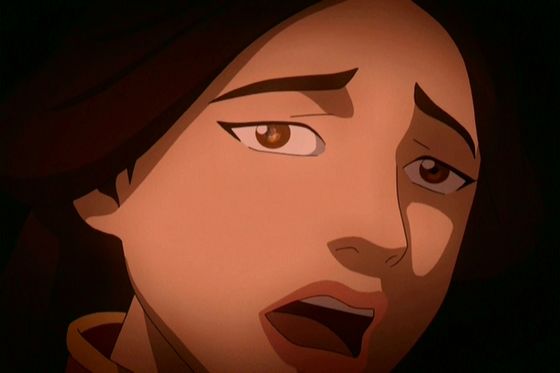 3
Our Prince Zuko
added by xoDRAMIONEox 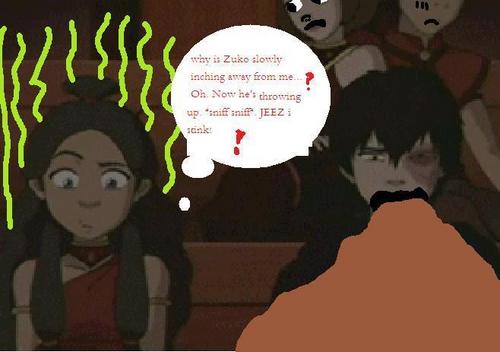 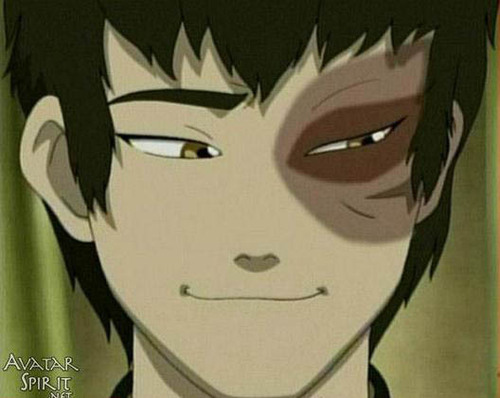 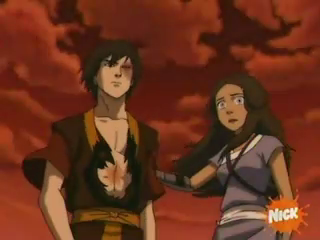 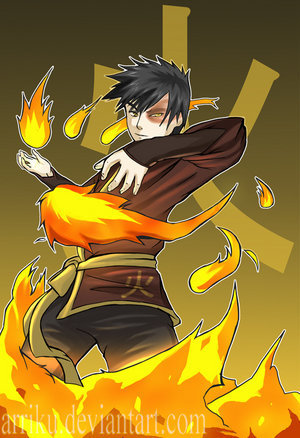 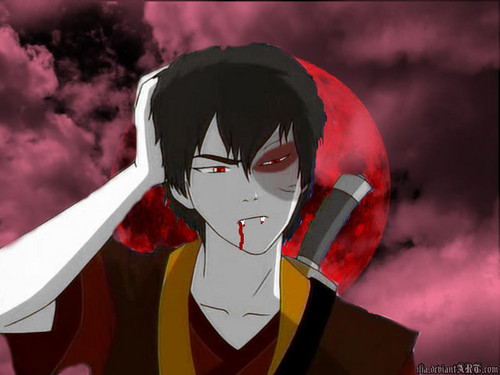 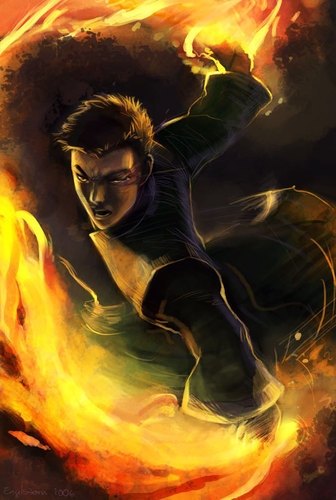 8
Zuko
added by ktlady
Source: I'm not sure. I'll get back to you on that. 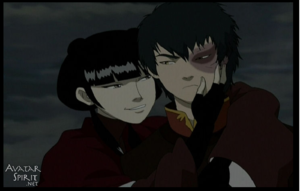 1
zuko and mai
added by purplevampire 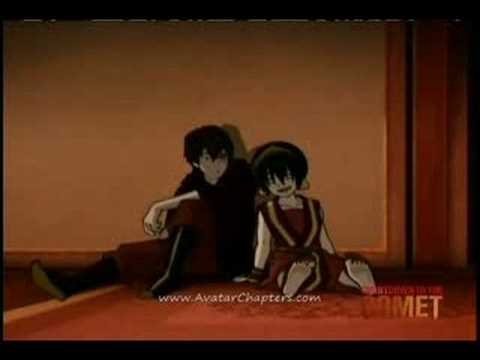 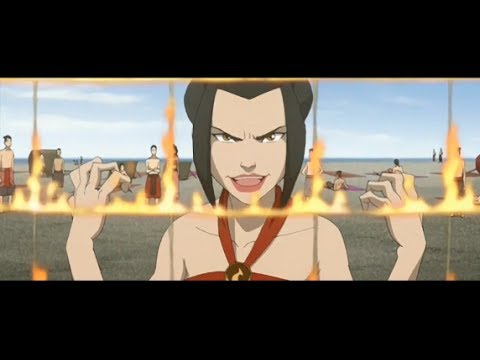 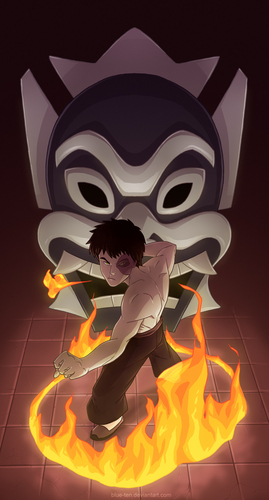 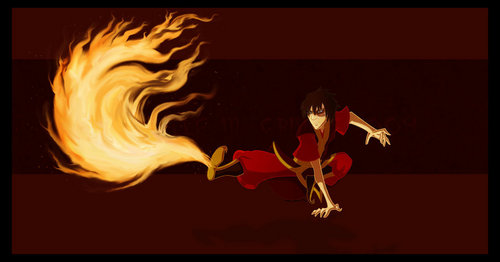 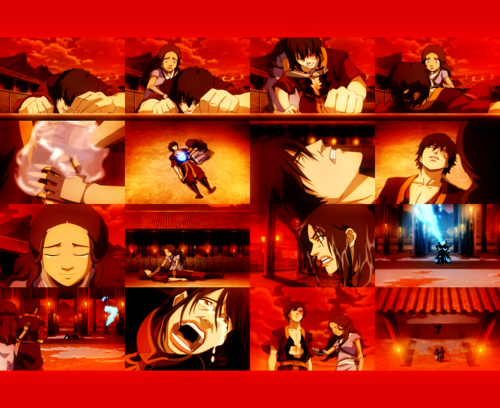 1
my zuko...
added by eloradenen 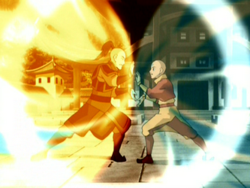 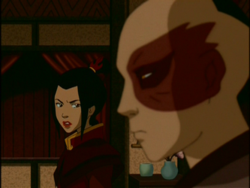 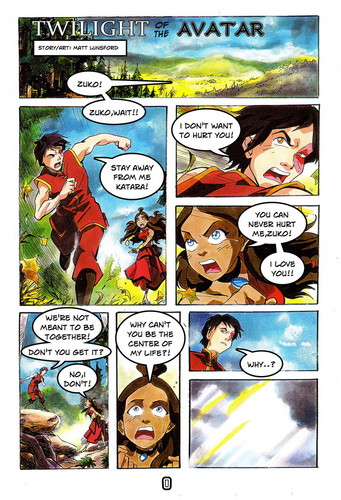