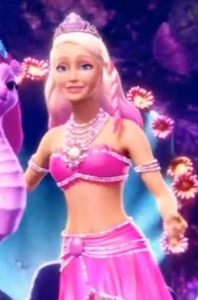 Princess Lumina /is the main character in Barbie: The Pearl Princess. She is played by Barbie and she is a mermaid who works as a hair stylist. She has the power to change the color of the pearls, and an even stronger power that she is unaware of. story/Lumina works in a mermaid salon, customizing hairstyles. She gets the chance to attend the royal ball, so her friends give her a gown fit for a princess. At the ball, villains try to take over the kingdom, and Lumina finds out she is much more than a hair stylist after she finds an unexpected power within herself and transforms into her princess self. Physical Appearance/Lumina has long blonde hair with pink highlights. In her 'princess attire', she wears a necklace made by three rows of multicolor pearls: yellow, violet, pink and white, with a bigger white pearl in the middle of the lower row. Her bra is pink and strapless with white pearls on both edges and two chains made of the same type of pearls in the lower part. In the middle of her bra there are white pearls that form a flower with six petals. Her tail, from the waist to the fin, goes from pink to violet, then orange and violet again. Her fin is big and bright pink; the whole tails is decorated with yellow, violet, white and pink pearls forming chains in the upper part that are all connected by a flower made of white pearls with a big violet one in the middle. Her crown consists in a big pink seashell in the middle with pink decorations on the two sides and pearls above it; it also has pink pearls under the seashell. Personality/The first plot for the movie says she's "cheerful and creative". Trivia/This is the fourth Barbie movies featuring Barbie as a mermaid, the first being Fairytopia: Mermaidia, second being In A Mermaid Tale, and third being In A Mermaid Tale 2 She's the only authentic mermaid played by Barbie, Elina being originally a fairy and Merliah being half human. She is the fifth protagonist that has blonde hair with pink highlights. The first is Mariposa from Barbie: Mariposa and her Butterfly Fairy Friends; the second is Thumbelina from Barbie Presents Thumbelina; the third is Merliah Summers in Barbie in A Mermaid Tale and its sequel; and the fourth is Barbie herself when she transforms into a fairy in Barbie: A Fairy Secret. In Barbie Fairytopia: Magic of the Rainbow there is a moon fairy named Lumina, however, it is pronounced differently. Her hairstyle in the teaser trailer are similar to Annika's.
angelbarbie20, Asabala1 and 4 others like this
IfxPuffx great job. i like ur article
1888462422 im love this atricle
Asabala1 and me
8
List of Barbie Movies with Quotes
posted by lillyna23

“Love and imagination can change the world.”

“You’re braver than you think.”

“There is always hope.”

“Trust your true self.”

“There’s a difference only you can...
continue reading...
7
The 3O Days Barbie Movies Challenge
posted by CleoCorinne
Day 1 - Your favorite movie

Day 2 - Your favorite role of Barbie’s

Day 9 - Your favorite song from a musical movie

Day 10 - Your favorite song from a non-musical movie

Day 11 - Your favorite of the 12 Dancing Princesses 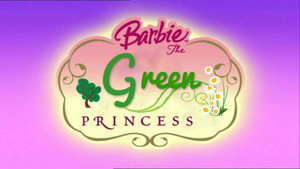 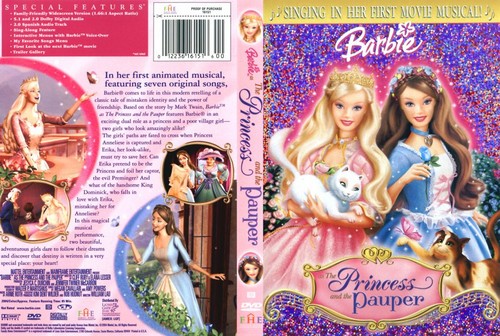 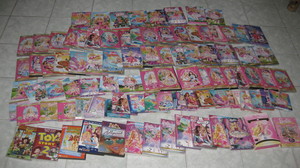 1
My Barbie Collection
added by barbieboonchit 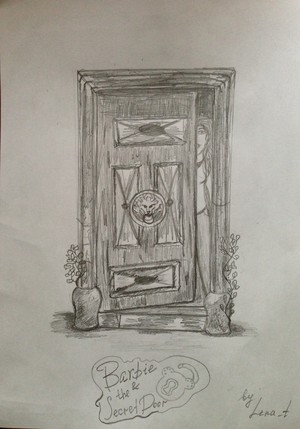 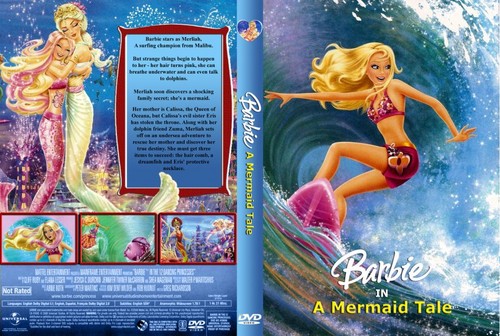 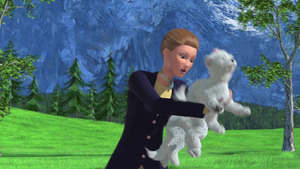 Barbie & Her Sisters in A Pony Tale Bloopers HQ
added by Lena_t
12
Barbie The Pearl Princess - Trailer, info and characters
posted by CleoCorinne 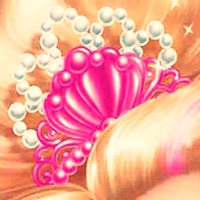 Translation of the French teaser trailer
"Soon revealing an all-new movie, Barbie The Pearl Princess. Follow Lumina, the Mermaid Princess, and her mer-friend Kuda (I actually don't know if it's the right name, I just HEARD this name), the one who gives her the magic power of pearls, to live an unforgettable adventure in the wonderful world of mermaids. Barbie The Pearl Princess, soon available on Blu-Ray and DVD" 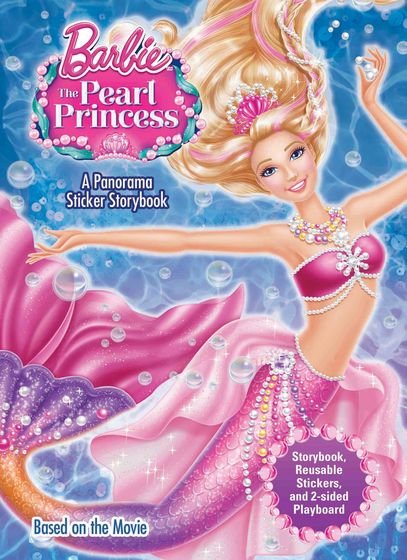 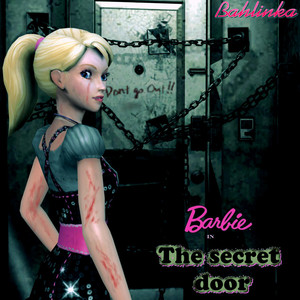 3
barbie and the secret door
added by papanoel 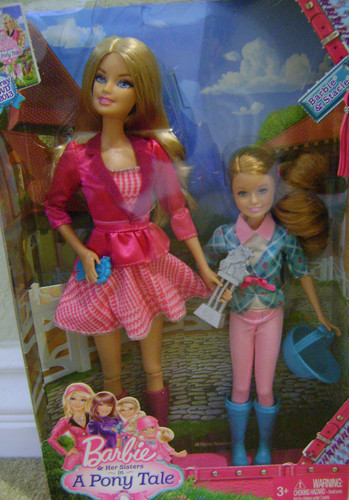 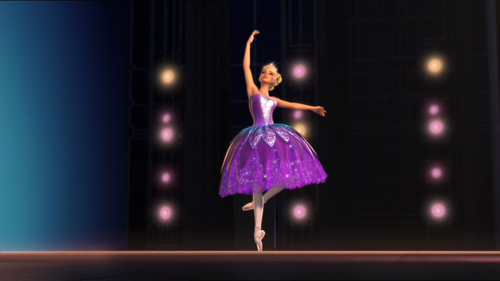 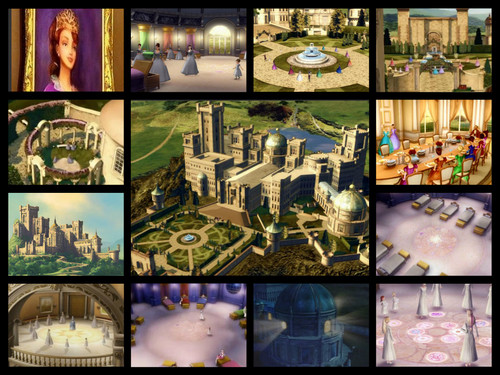 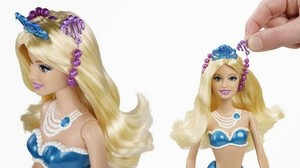 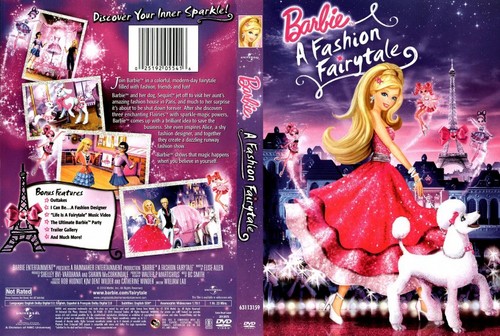 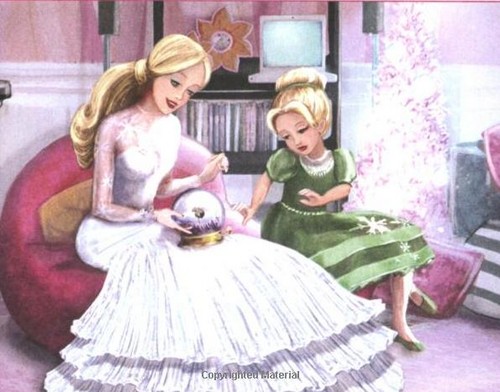 1
Pics from the books of Barbie in a Christmas Carol
added by manu962
Source: amazon.com 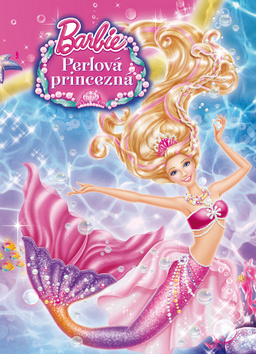