1) Suggest that Voldemort thinks that Pettigrew is a more capable Death Eater than she is.
2) Send apparitions of the Longbottoms after her, never letting her rest.
3) Post Harry Potter fan type things all over her Azkaban cell.
4) Keep bringing up her sister, Andromeda, in conversation.
5) Keep bringing up Tonks in conversation.
6) Impersonate Voldemort and make her believe that he’s into peace with Muggles.
7) Cut off her hair and dye what’s left orange; you can tell her that her appearance improves with the “Annie Lennox” look.
8) “Confiscate” her wand; say it’s a Ministry decree and that she has to spend six weeks in the Muggle world/
9) Curse Voldemort in front of her
10) Poke several Mimbulus Mimbletonias while she’s around and then dramatically say, “The revenge of Neville has come!”

1. Give him a bottle of Head & Shoulders for Christmas.
2. In the hallway, shout, “Hey Snivelly! Yoo-hoo!”
3. Stash bottles of cooking sherry inside his Potions cupboard and whisper to Trelawney later on, “Check out Snape. I think he’s got something of yours.”
4. Get a huge, hooked fake nose and wear it, strutting about pretending to be Snape.
5. Shout, “Look! It’s a werewolf! Run!” and see if he whips around.
6. Sing at him, “I’m gonna wash that oil right out of my hair, gonna wash that oil right out of my hair…”
7. While he’s refereeing a Quidditch match,
accidentally-on-purpose aim a Quaffle at his head.
8. Gush about how noble and wonderful Harry Potter is when Snape’s within earshot.
9. In Potions class, throw random ingredients into your cauldron, boil it down, and say you’re a non-conformist to restrictive potion making.
10. Get two of your friends to put on dog masks with you to resemble a bad-tempered pug dog and jump out at him.

10 Ways to Annoy Voldemort (with ideas from TheSummoningDark—thank you)

1) Call him “Voldy”
2) Eat one of his Horcruxes
3) Impersonate a Death Eater
4) Suggest that he needs a facelift
5) Steal his wand and replace it with a pointy stick
6) Write “I wish I were invincible” on the back of his robes
7) Stand over him, first thing in the morning, wearing round glasses, green colour contact lenses, and a fake scar on your forehead
8) Repeat number 7, while saying in a scary voice, “I am your worst nightmare! Bow in my presence! You will die!”
9) Spike his food with Polyjuice Potion, containing Dumbledore’s hair
10) While he is speaking of his evil plans, add your own commentary and sound effects

lucius malfoy
1. If he’s on one of the higher floors of his manor and near the window, shout “Rapunzel, Rapunzel, let down your hair!”
2. Grab his walking stick thing and pretend to duel with him.
3. Tell him dumb blond jokes.
4. Paint, “I love Harry Potter” on his Death Eater robes.
5. Write in any black journal, “Lucius…I’m back,” and leave it open on his desk.
6. Braid his hair in the middle of the night.
7. Walk by him for an hour dressed up as a ludicrous impersonation of a Death Eater and say, “I am faithful!” while throwing yourself at his feet at intervals.
8. Sing Aerosmith’s “Dude Looks Like a Lady,” in his ear.
9. Tell him that Arthur Weasley is actually an heir to a large Wizarding fortune of billions of Galleons and see how he takes it.
10. Dye his black robes hot pink.
fishypup, Alex13126 and 8 others like this
BellatrixCissy i'm should try it runs to find Bellatrix
BellatrixCissy i tried to annoy Bellatrix well how should i put this Crucio can sum it up and the Dark Lord. i really did try but not the hair that wasn't gonna happen
BellatrixBlack9 This is the funniest thing I have seen on here!Thank you for putting a little laughter in my day!!
Twilightfan277 AHAHHAHAHAHAHAHAHA that was hilarious...eat his horcrux?? lmao that sooo made my day
Tailsxrouge AH HA HA HA HA HA HA HA HA HA HA HA HA HA HA HA HA HA HA HA HA PANCAKES
Tailsxrouge OH tell me if you seen her ha ha hee hee haha ho
Tailsxrouge cool icecream
Hermione30 omg lol that was funny, really witty!
WolfPred I dont get the whole head and shoulders for snape.
zanhar1 he doesnt wash his hair so give him shampoo for christmas.
WolfPred LOL! :)
TJMA Re: Lucius 1.) Approach him thoughtfully, giving a kind greeting, change your expression to one of concern and then lean in close and whisper, "You know, there's a cream for that." Hand him a Mary Kay business card and walk away. 2.) Smuggle in his framed Azkaban mug shot photo and place on his desk. 3.) Consistently say, "Woah duuuude!" and offer him breath mints.
tsarina13 LOL, i loved the "I wish i was invincible" voldemort one!
Dawnstalker Which horcrux are we going to eat?
sickla the snake.
Luna--Lovegood OOC: Ohhh, YUMMY!
akakyoak >:-) Tried the Bellatrix thing. Also tried the Voldy thing. Also let the Death Eaters see some 'love notes' between 'them'. Fake love letters. They always make the husband (Rodulphis) cry! 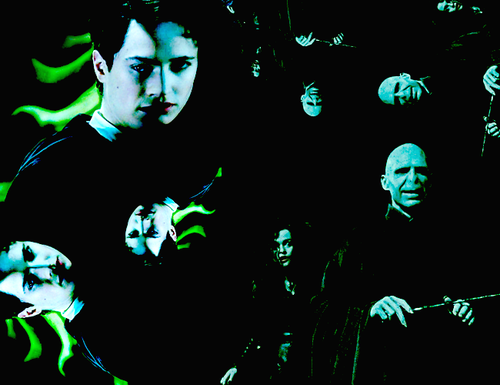 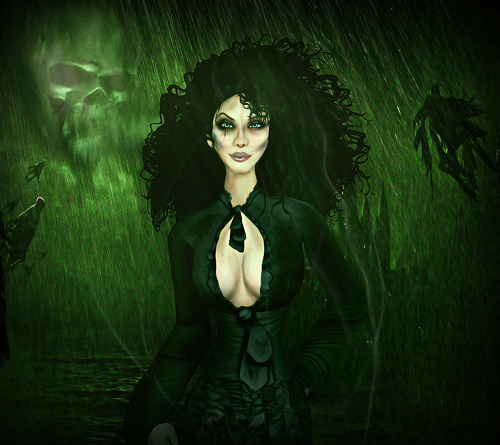 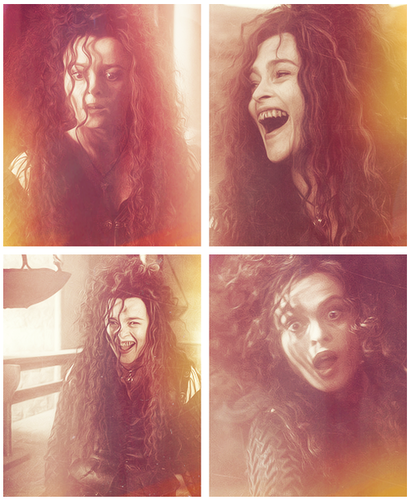 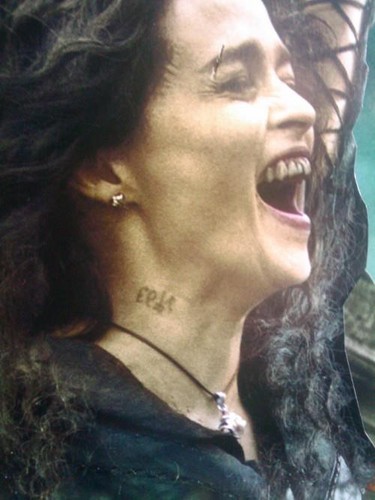 1
She has NO IDEA just how great she is!!!
added by glezps 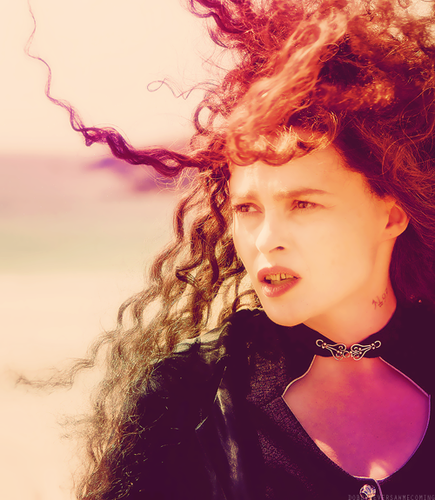 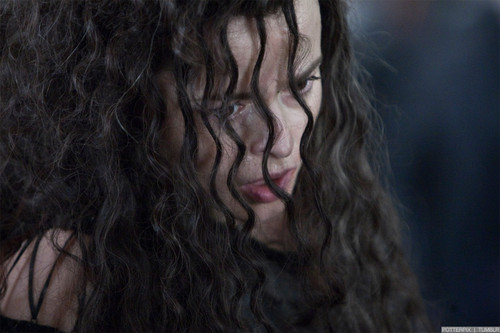 Best villain ever!
added by glezps 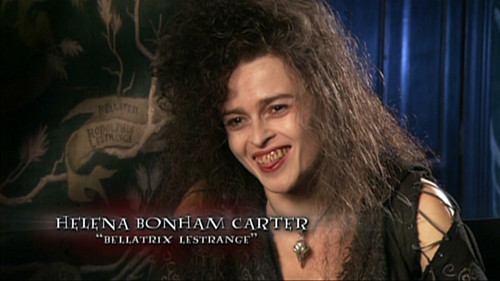 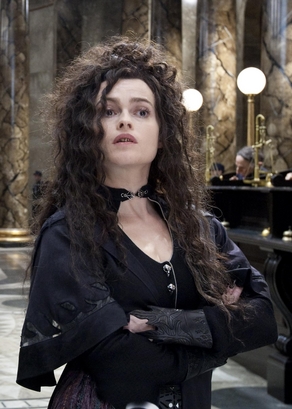 Bellatrix and Draco
added by vici-mercedes 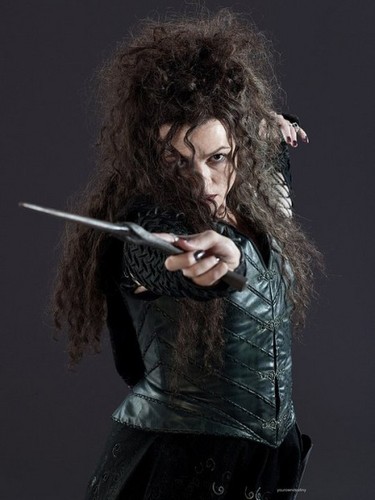 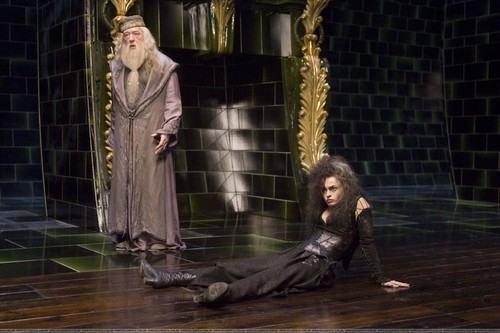