10
Bones and Booth: The Wedding! {Part one}
posted by girly_girl 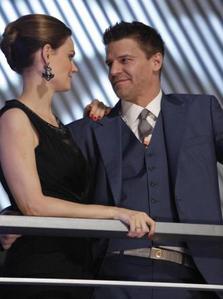 So this is the first ever fan fiction I have ever written! It’s only a short piece and there is more to follow but I’d love to hear your feedback on it!

(Picture the scene: Its Brennan and Booth’s wedding day. Both the guys and the girls are in separate rooms getting ready.)

Booth is alone in the room and is nervously fixing his bow tie for about the millionth time.
“Okay, so you’ve got this far. You’re doing good.” (He stares at himself in the mirror. He looks down at his bow tie and yet again undoes it) Why I am so nervous?” He thought to himself. “I love her. So why I am doubting this?”
His thoughts were interrupted by Hodgins and Sweets who both came flying through the door.
“So are you ready??! Come on man the woman of your dreams is right out there waiting to marry you!” Hodgins was holding an empty glass in his hand and Booth rolled his eyes. Great that’s all I need, he thought, A drunk Best Man..
Sweets sensing that something was bothering Booth said, “He seems to be deep in thought. Look at his furrowed brow…”
Hodgins gave Sweets a look that made him shut up straight away.
At this stage Booth was beyond irritated, ”Look stop analysing me on my wedding day!” Hodgins and Sweets both look at each other and slowly back out of the room and close the door behind them, sensing that Booth needs to be alone. Booth threw himself on to the sofa that was covered in suits. He slowly drifted of to sleep..
“Breath in through your nose and out through your mouth. That’s it…” Booth was suddenly woken from his own thoughts by a man with a familiar accent.
“It’s Gordon Gordon!” Booth jumped up from the couch and he suddenly felt full of life. Before Booth could say a word, Dr. Wyatt had put his arms right around Booth and gave him a massive bear hug.
“Okay, now you know I have a tendency to shot things that annoy me so could I advise you to back away now..” Wyatt suddenly dropped Booth on to the floor with an almighty thud.
“Owww!” Booth yelped.
“Oh I am sorry Booth! I just got so excited when Dr. Sweets told me the news!”
“You spoke to Sweets?” Booth was curious. The last time he had seen Sweets and Gordon Gordon together it didn’t end well, something about a psychologist cook off…
“Now he has been telling me that you have been axious about today, well its completely understandable…” Wyatt started.
“No okay I don’t want to hear it right now!”
Wyatt grabbed Booth by the shoulders and starred at him. “Listen Booth, something I clearly bothering you and I’m not letting you go out there until you tell me what it is..”
--------------------------------------------------

“So who wants some champers?!” Angela was balancing three glasses of the stuff as she entered the room.
“Oh yes please” said Cam as she rushed over to Angela to rescue her from spilling it all over her dress. “Watch the dress!” She shrieked.
“Its okay Ange.” Bones said. She was surprisingly calm and looked so beautiful in her full length gown. She smiled to herself and twirled around and watched the dress fall so elegantly to the ground.
“Wow!” Angela said. She had a tear in her eye. “You look so beautiful! Oh no wait! We’ve forgotten something!” She ran across the room still holding her glass of champagne. She reached into her purse and pulled out a lipstick.
“Here,” she said.
Brennan stared at Angela and then at the lipstick and then back to Angela again.
“And what is this exactly?” Angela rolled her eyes and looked at Cam who was giggling in the corner. “Please sweetie, what have I told you about acting like a girl for once? If there ever was a day that you could act like one, that would be today!”
Brennan looked at her still confused. At this point, Cam walked across the room towards Brennan.
“Its your something new. You know, you need something old, something new, something borrowed and something blue…”
Brennan looked at Cam with a blank expression on her face.
Cam handed her the lipstick, “This is your something new,” She reached in her purse and pulled put a necklace. “This belonged to my mother. She left it for me after she died. I thought it could be your something borrowed…”
“And this” Angela said as she scanned the room looking for something, then finding something, placed in it Brennan’s hand, “can be your something blue.”
“But it’s a blue napkin…” Brennan looked puzzled.
“Yes I know okay sweetie but… look just take it okay!”
“Okay!” Brennan chuckled. She tucked it in to the cleavage of her dress.
“So now the only thing we need is something old…” Cam started. “I’ve got it… I have to go but I will be back in a few minutes…”
“Cam! You can’t leave now! We have to go to the church now! She is already late!” Angela shouted after her.
“Look I won’t be long, but this is really important!” Cam rushed out of the room and slammed the door behind her.
Brennan and Angela looked at each other.
“So what do we do now?” Angela said as she ran her hand through her hair.
--------------------------------------------------
Cam is running down the church corridor. She meets Dr. Wyatt coming out of the boys room.
“Camille! How are you? It’s a big day!” He bellows.
“Umm Yeah I guess it is! Is Booth in the room?” She said looking past him as if she wasn’t listening.
“Yes.. He is and in fact…..” He didn’t get time to finish his sentence because Cam had pushed past him and slammed the door in his face.


“Woah!” Booth was surprised to see Cam in his room. “What are you doing here?”
“I need to talk to you now Seeley…” She started.
“Okay look, I think I know what this is about.”
“You do?” Cam was surprised.
“Look I know we went out for a while back then Cam but things are different now.. I love Bones!”
“Don’t flatter yourself Seeley! I need something from you”
“Oh..” Booth looked slightly embarrassed at this and he continued “So what do you want? Did Gordon Gordon send you in here? Did he tell you I was having doubts about getting married?!”
“Woah! You are?! Seeley you can’t get married if you don’t feel right about it…” She gestured for Booth to sit down and she slowly sat down beside him.
“I just don’t know what to do….” Booth rested his head on Cam’s shoulder and signed.
__________________________________________________
The end of part one!
Thanks for taking the time to read my fan fiction!
I’d love to hear your thoughts on it!!
lovelife93, ajhalecullen and 8 others like this
deedeedot heh cool, go on :) next chapter soon please :)
verbatim33 This is good!! need next chapter, please!! ;)
luvebones it's very cool,now i am very excited waiting by next chapter XD.
girly_girl Hi guys sorry but the next chapter is taking longer than expected to write! I will probably have it written in the next few days!
messergirl next chapter plz this is so good!!!!!!!!!! good job
lovelife93 Good job!! I like the story...
8
Missing Bones
posted by boneslover96

I hope you guys love it. it's very first fan fic. these are the first four chapters. please coment!please, please please! Enjoy.

Booth looked up from his paper work to find his cell phone ringing. Picking it up, he looked to see who was calling.
“Great.” He muttered to himself, as he flipped it open, “Hey boss, what is it?”
“Ahh, Booth,” said Cullen, “I have a case for you.”
“Okay,” he perked up a little, “Tell me where and when and I’ll go get Bones and...”
“No, Booth, a body was found on a ranch in Alberta, Canada. It’s a small town so the cops...
continue reading... 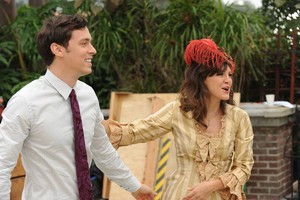 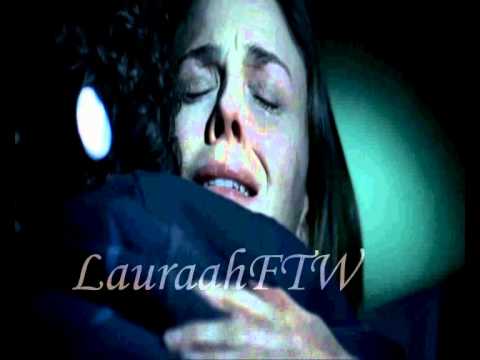 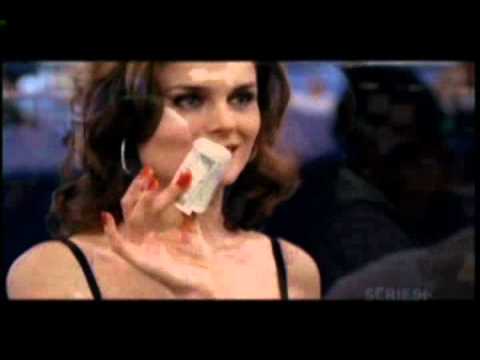 6
Booth and Brennan - baby♥
added by natulle
This is a reall swet video (': Made and uploaded on YT by Buffyspikey09 aka daslove here on fanpop.
video
bones
booth
brennan
fanvid
baby