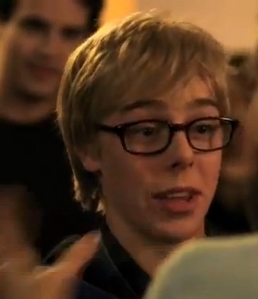 Cameron Kennedy is a 14 year old boy who is just getting his big break in his acting career. Cameron Kennedy has been in two movies. One actual box office movie, "Toronto Stories," where he played the role of Zach, a young boy, in 2008, when Cameron was 11. The new-er Disney Channel movie that Cameron was filmed in, was "My Babysitter's a Vampire." In this movie he is portrayed as, for lack of a better word, a nerd, named Rory. Throughout the course of the movie, Rory gets drawn into a "popular" kids party, and gets bitten by a fledgling(half vampire), and turns into a vampire himself. After Rory is bitten, when he comes into school the nest day, he is one of the "cool" kids. He is also MUCH hotter... but I honestly thought he was SO cute when he was all... nerdy. Anyways, now Cameron Kennedy is doing a followup series on the movie called, "My Babysitter's a Vampire: The Series." He is in all the following episodes: "Lawn of the Dead," "Three Cheers for Evil," Friday Night Frights," "Blood Drive," and, "Guys and Dolls." I hope all the big Cameron Kennedy fans keep up with the series. HE IS SOOOOOO HOT.
~annie bonner
cameron kennedy reporter. 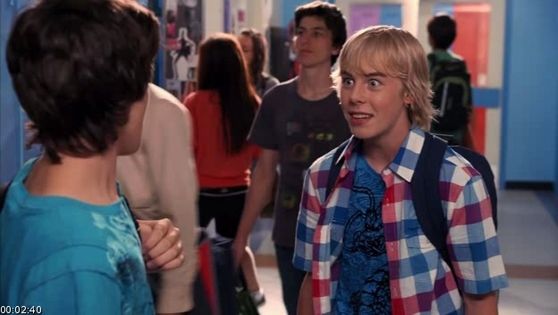 vampire rory
ahmed234, wilita and 3 others like this
beautifulme4eva I MY SELF THINK CAMERON KENNEDY IS HOT AND CUTE I LOVE HIM AND THE SHOW HIS IN ON DISNEY CHANNEL..... I JUST WISH ONE DAY I COULD MEET HIM. IM 14 AND I ONCE AGAIN....... LOVE HIM!!!!!!!!!!!!!!
Sydney2001 If i was old enough i would fly to where ever he livs and make him my friend and soon he starts to notice he loves me and we will date!!!!!!!!! love you cameron!!!!
rorylover1101 I LOVE YOU CAMERON!!!! I WILL FIND U ONE DAY!! <333
camkenndy2011 Cameron kennedy is the best actor and I feel sorry for him at times in the show because they take advange of him
Lov1ck I like dis dude hes a great actor love his hair and his smile cutest thing ever!!!:3
peacegirl122000 I agree. I think he is great.
cme724 i <3 rory
123Rory He's so hot and I just love his roll in the disney channel show, My Babysitter's A Vampire! He's hilarious!
Jsmithlovaa I love him soo soo much(:
cameronissexey i love cameron so much he is so hot and i will never stop loveing him never ever in my life. he makes me so happy and every thing i have now has cameron kennedy/rory all over it!!!!!!!!!!!!!!!!!!!!
hgfynhgj i think cameron kennedy is the cutest most hotest guy in the world and i love love looooove him his smile is like watching a sunset his eyes shine like the sun in which they blind you with there greatnes i would be ok dieing right now if i could just so c him for one minute even though i know i will die of a heart attack if i do c him i will never ever stop loving him and i would scream it from the roof tops of every building in buffalo!!!!!!!! I LOVE YOU SO MUCH MISTER CAMERDON KENNEDY!!!!!!!!!!!!!!!! P.S. I HOPE HE NEVER STOPS MAKING T.V. SHOWS OR BEING IN MOVIES
cameronissexey iu love it
DO PEOPLE REILLY LIKE CAMERON KENNEDY
posted by cameronissexey 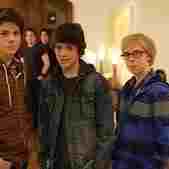