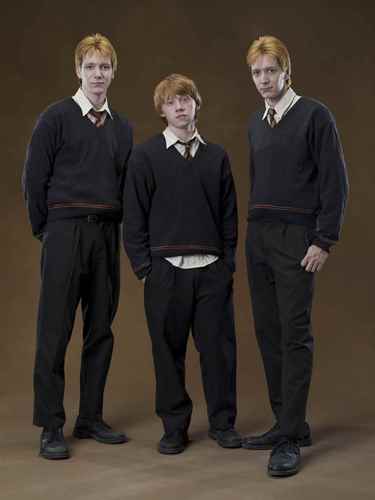 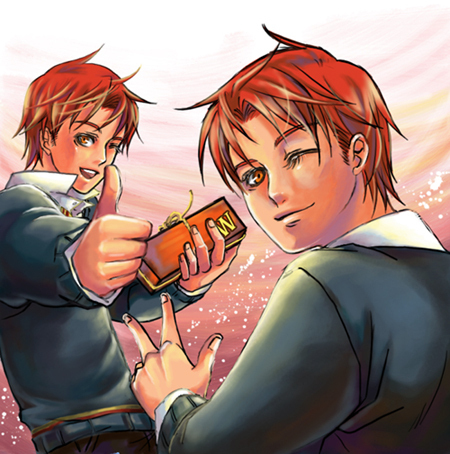 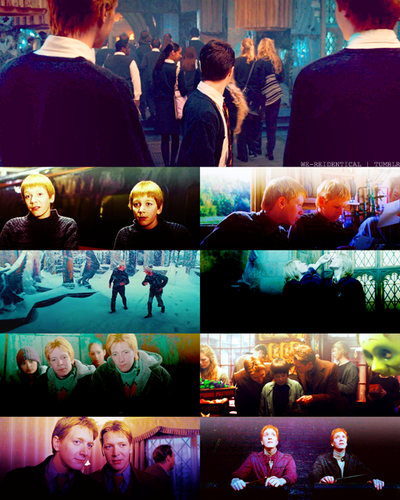 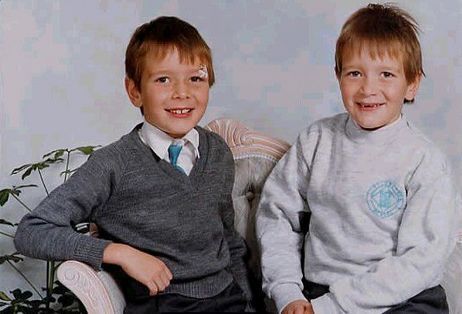 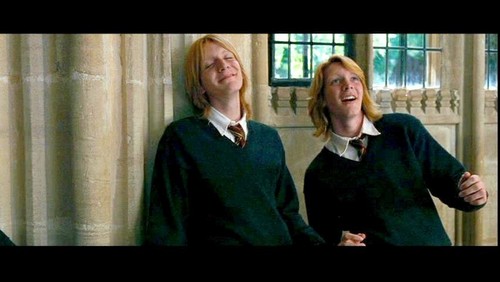 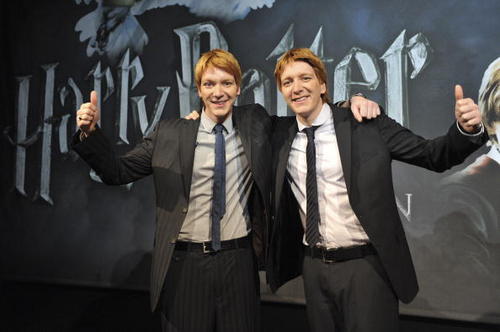 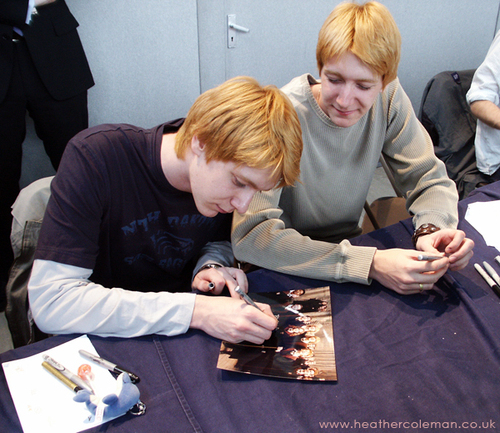 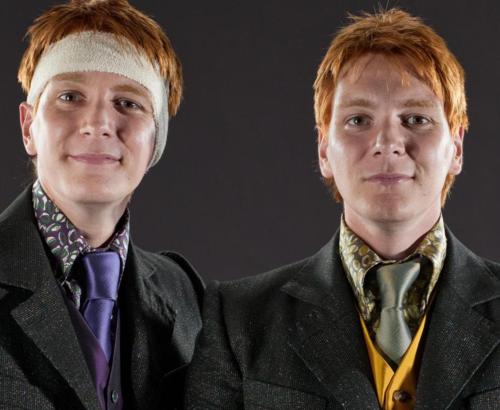 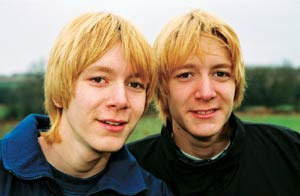 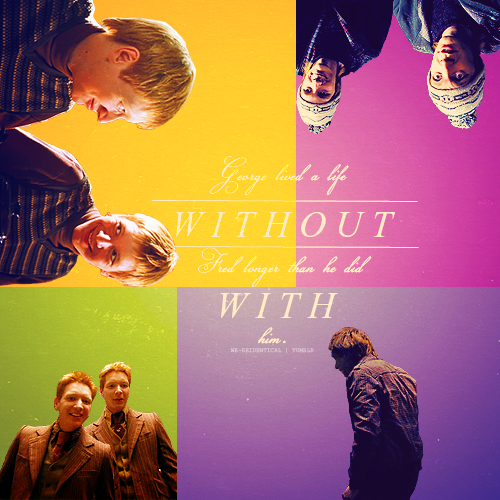 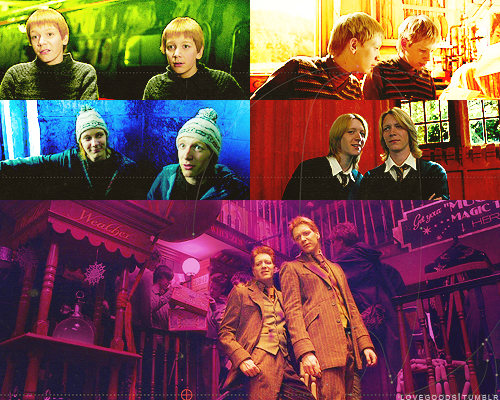 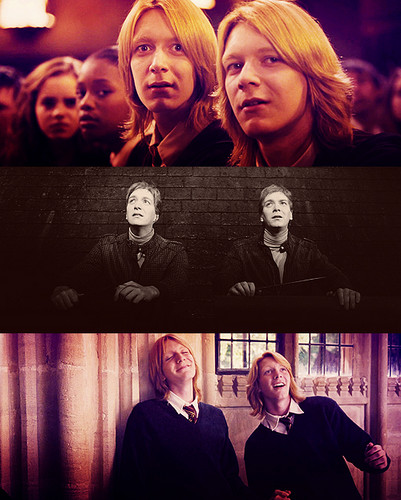 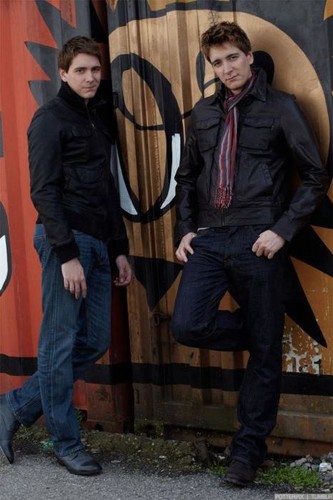 fred and george
added by SilverPatronus

2
Fred and George
added by SilverPatronus 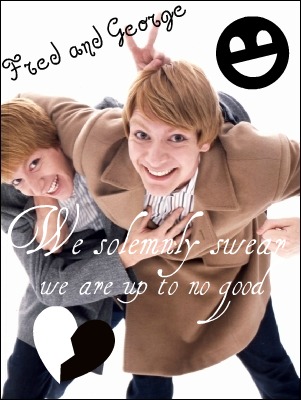 1
another colloge
added by candysmile
6
The Best of Gred and Forge: Quotes to Ease the Tension (Part 1: Sorcerer's Stone)
posted by dragonsmemory
The following is a list of some of their greatest moments. Most of these are from the books. However, these first two are from the DH1movie. Enjoy!

Moody: Fair warning: it tastes like goblin piss.
One twin: How do you know what that tastes like? *sees Moody's glare* Just trying to ease the tension.

Both: *after transformation* Wow. We're identical.

Ok. Here we go with quotes from the books. Don't forget to comment. Also, add any I may have missed.