8
Nightfall (A Sequel to Dusk)Chapter 1: For As Long As We Both Shall Exist (Nessie's POV)
posted by lovethecullens
NIGHTFALL

“As nightfall does not come at once, neither does oppression. In both instances, there's a twilight where everything remains seemingly unchanged, and it is in such twilight that we must be aware of change in the air, however slight, lest we become unwitting victims of the darkness.”
-William Orville Douglas


* I posted pictures of the dresses in the image section check it out!

Chapter 1: For as long as we both shall exist… (Nessie's POV)

“Renesmee Carlie Cullen, do your parents know that you are out and about going for joyrides without even a permit!?! I knew that giving a teenager such a ridiculous car on top of giving it early was a horrible mistake!” I had never seen my Grandpa Charlie so furious. “I’m sorry grandpa- “Charlie, what’s the matter?” Jake had popped out of nowhere. “Well she is driving without her permit.” My grandfather yelled so loudly a vein popped out of his forehead. “Charlie, I brought her to the school parking lot so that she can practice, I just had to...
continue reading...
8
Dusk Chapter 16: The Gloves Come Off (Back to Nessie's P.O.V.)
posted by lovethecullens
Chapter 16: The Gloves come off (back to Nessie’s P.O.V.)

I woke up gasping for air. What a strange dream, I was with Jacob and the strange girl that is in the pictures that Sienna draws. She was with Seth the four of us were in the forest when all of a sudden the guys phased and threw us on to their backs and fled in terror, something evil was descending on us, I curled down onto Jacob as low as I could and held onto his fur so that I wouldn’t fall. My hands brushed his face and he shuddered. I couldn’t tell if it was due to his own fear or to the fear that I had projected to him through...
continue reading...
5
Nightfall: Chapter 21: Will I Be Able to Save Him? Jake's POV
posted by lovethecullens
Nightfall: Chapter 21: Will I Be Able to Save Him? Jake's POV
** Sorry I have been MIA, I will be uploading alot of chapters today to make up for it :) Enjoy!**

It kind of sucked to give up our alone time. If I could I would spend forever with Nessie hidden in these woods- but my heart leapt at the thought of seeing our children. I stopped running for a moment completely thrown back by the thought. Our children. Ness and I had 6 kids to raise. My chest filled with pride at the thought, but reality quickly set in leading my throat to dry up. How in the hell were we going to manage this!?
My thoughts...
continue reading...
5
Sunset Chapter 7 (Nessie's P.O.V)
posted by JacobLuver13
I havent been writing much. i am sorry about that school is pileing up with work and i needed some new ideas. sorry if i kept you waiting too long.
XOXO, Mya

I never knew all my life that i would be Jakes imprintee. I felt so happy and then sad because he had to leave. i plopped onto my bed then screamed. i was overexcited and beore i knew it my entire family was in my room. my mom and dad with concerned looks in their eyes. "what?" i asked.Uncle Emmett laughed and my dad gave him the death stare."We heard screaming and came quick, we thought you were in danger." Uncle Emmett said as he smiled....
continue reading... 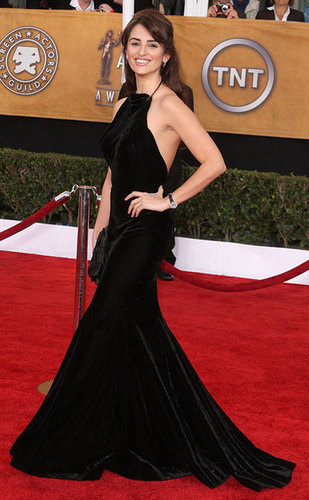 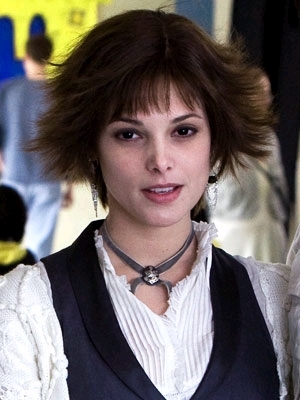 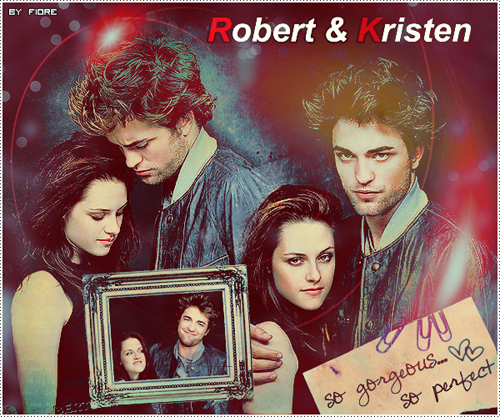 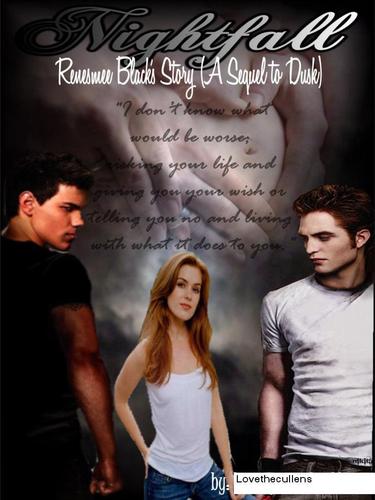 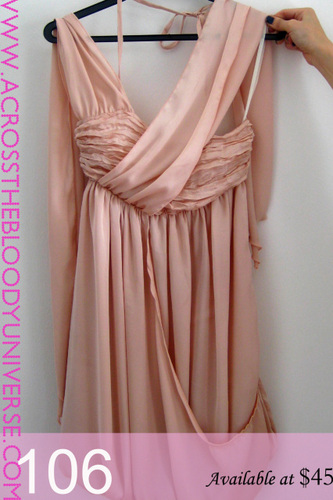 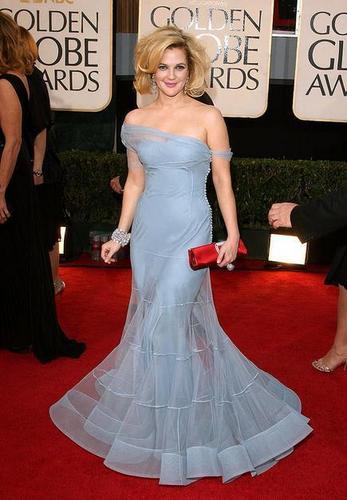 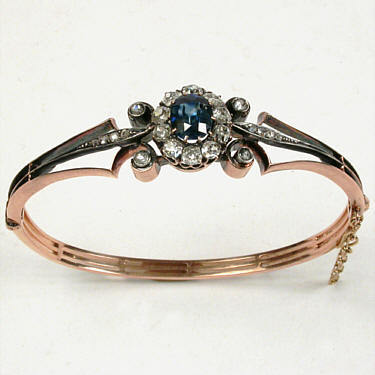 A/N: I will be posting pics of the house and the babies rooms in the image section of my club "Love the Cullens". This way you guys can use your imaginations while reading and see them on your own before I show you how I saw them :)

Aunt Alice half dragged me throughout the forest .We ran for a bit longer than I anticipated. When we finally stopped she clamped one of her hands over my eyes, as Jake finally caught up to me and snaked his arms around my waist.

I felt my body trembling with fury and just as I was about to phase Edward called out to me from the stairs of the garage.


“Jacob I would appreciate it if you would find another course of action in order to pursue your vendetta against my brother.” I was momentarily distracted as I turned towards him in irritation.


“You know, you should really try speaking in plain old English sometime Edward.” He chuckled as he took a step towards me. Bella’ s head popped into the doorway her brow furrowed in worry, just the same as it always was...
continue reading...
6
Nightfall Chapter 23: Anger Management (Jake's POV)
posted by lovethecullens
Nightfall Chapter 23: Anger Management (Jake's POV)

The crisp autumn air whirled the leaves around us as I dragged my struggling children out back. I placed them on the ground in front of me staring them down. I couldn’t help but notice how similar they appeared from a distance but up close there was a sharp contrast. They were both the same russet color as my wolf, but Sarah held herself differently than my quick-tempered son who was beginning to remind me a bit of his Uncle Paul although I was reluctant to admit it. Sarah sat perfectly poised, head held high with wisdom emanating from the...
continue reading...
9
Nightfall Chapter 15: Who Takes the Blame (Jake's POV)
posted by lovethecullens
Chapter 15: Who Takes the Blame (Jake's POV)

Three more days passed by. Renesmee slept a lot and was craving only mountain lion now. She couldn’t keep anything else down. It was increasingly hard to find mountain lion so Emmett, Sam, Jasper and Edward took turns going out together to hunt for her. She could take down three mountain lions in a sitting at least three times a day. They were concerned about drawing attention by hunting the mountain lion so close to Forks so they veered farther and farther away. No more bones were broken but if the baby moved even the slightest bit it was excruciating...
continue reading...
8
Nightfall Chapter 13: Pizza Boy
posted by lovethecullens
Chapter 13 Pizza Boy
I opened my eyes and saw Jake, my father, Sam and my grandfather standing over me. Sam had a strange look on his face like a deer caught in headlights; almost as though he wanted to run out of the room but he couldn’t. He was carrying a freshly killed elk. I swallowed hard trying not to think about what I was about to do.
“Nessie, you don’t have to do this we can try to find another way…”
I looked at my husband and wanted to cry. He looked horrible. His hair was standing up in every direction I could tell that he had...
continue reading...
12
Nightfall Chapter 2: Hallelujah (Nessie's POV)
posted by lovethecullens
Chapter 2: Hallelujah

“Nessie!” Zafrina crooned as she caught me in a warm embrace. “I am so glad that you came!” She exclaimed, she turned to Jacob and hugged him as well. “Thank you for sharing her on your honeymoon”. He grinned at her. I felt my stomach rumbling again and I clasped it. “I am so hungry,” I confessed. Jake smiled at me alright lets go get you something then. I looked at him and smiled, “No, I’m more thirsty than hungry…I want to hunt.” I turned back to Zafrina, “Do you mind it will only take a little bit”. She looked at me curiosity...
continue reading...
More Cards
1234567891011