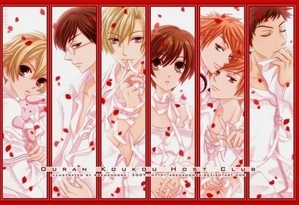 the ouran host club
Haruhi Fujioka is a scholar student at the prestigious Ouran Academy, a fictional high school located in Bunkyō, Tokyo. Looking for a quiet place to study, Haruhi stumbles upon the Third Music Room, a place where the Ouran Academy Host Club, a group of six male students, gathers to entertain female "clients". During their first meeting, Haruhi accidentally knocks over and breaks an antique vase valued at ¥8,000,000 (US$80,000 in the U.S. English manga)[1] and is told to repay the cost in service to the club. Haruhi's short hair, slouching attire and gender-ambiguous look cause her to be mistaken by the hosts for a male student. The hosts all agree that Haruhi would be a good host, thus making her join the host club. Ultimately she agrees to join the Club as a host herself (dressed as a male) in order to pay off her debt.[2] She agrees to join since she does not mind hosting as long as she can pay the debt off faster. The hosts do later find out that she is, in fact, a girl. They keep this a secret, so no one will be able to tell. The Ouran Private Academy encompasses kindergarten to twelfth grade (along with a university as well). Most students come from wealthy families, but in special cases, merit scholarships are granted to exceptional students from a lower income bracket. The school's unofficial motto is "Lineage counts first, wealth a close second," meaning students with stellar family backgrounds but low socioeconomic status may be given top priority over those from rich families with lesser pedigrees.

Tamaki thought up the Host Club while in ninth grade and started it upon entering the Ouran High School. The members of the Host Club are highest ranking students at the school. At Ouran High School, class is determined by lineage and intelligence ("A" is the highest class and "D" the lowest; usually consisting of the kids of Yakuza leaders). All the members are in class A and tend to be number one or two in their class, coming from the wealthiest families in Japan with the exception of Haruhi. The twins are ranked fourth and fifth in their class and Haruhi is a scholarship student receiving the special privilege of being in class A due to her scholarship status (she is ranked number one in her year).

Customers have the freedom to choose which host will entertain them, playing to their specific needs and interests. Each member of the host club is a specific shōjo "type" designed to suit the varying tastes of female clients (Cool Type, Wild Type/Strong and Silent Type, Loli-shōta Type, Prince Type, Little Devil Type, Natural Type). The twins, Hikaru and Kaoru Hitachiin, and cousins, Takashi Morinozuka ("Mori") and Mitsukuni Haninozuka ("Honey"), showcase their respective close relationships to please or entertain customers. Haruhi Fujioka, who used to be the Host Club's dog in order to pay her debt of 8,000,000 yen, entertains her guests with her naturalness and humbleness. Tamaki Suou is president and leader of the club, while Kyouya Ootori as vice president manages all the events for the club. The Third Music Room has been outfitted by the Club to accommodate their business and, at times, is elaborately decorated according to a specific theme, ranging from a tropical paradise to a traditional picnic, to heighten the customers' pleasure and keep things interesting.

The members of the club include:

Haruhi Fujioka
Unlike other characters in The Host Club, she comes from a poor family. It is thanks to the scholarship that she is able to enter Ouran High. The heroine of the story who ends up joining the club disguised as a boy to pay back a debt of 8,000,000 yen she incurred by breaking a valuable vase. In the host club, she is the "Natural Type". She can be very blunt when talking; hurting people without meaning to. Her denseness could almost compete with Tamaki's; during her middle school years, she had a lot of admirers but unknowingly turned them all down. She seems to be the only one able to tell the Hitachiin twins apart. The other members of Host Club seem to hold some feelings for her, yet some don't realize it or don't act upon their feelings. Throughout the manga, Haruhi eventually falls in love with Tamaki, much to her own displeasure.

Tamaki Suou
The idiotic host king, who created and founded the club. He is very charismatic and charming and considers himself the "Daddy" of the group. He is also the "Prince Type" or "The King" in the host club. He considers his relationship with Haruhi as paternal in nature, but is often seen using it to mask his true feelings that he is in love with her. The twins use that to their advantage and harass Haruhi in front of him to anger one or both of them. He also has a strange interest in the commoner and Japanese lifestyle from him moving to Japan from France when he was fourteen due to family issues. His reason in starting the host club was simply because he wanted to make others smile and be happy. Due to the past story of his parents, leading to his current state of not being able to see his mother, he's under the impression that falling in love will only lead to broken families. Because he considers the Host Club his family, he refuses to realize the fact that he's in love with Haruhi, instead believes it to be a fatherly love. It's not until later chapters in the manga however, that the Host Club finally makes Tamaki realize that they will always be together even if he is to pursue Haruhi romantically.

Kyoya Ootori
The Vice President of The Host Club, the co-founder, the third son of the Ootori Group. In the host club, Kyoya is seen as the "Cool Type". He, like the rest of the members of the club, is very handsome. He carries a clipboard with him and it is a long-running joke that it is unknown what he writes in said clipboard. In almost everything he does, he gets something out of it. Kyoya also researches all who attend Ouran Academy and appears to know 'everything about everyone'. He is considered the "Mommy" of the group by Tamaki. He is also known to have low blood pressure, so if one tries to wake him up from his slumber, they are going to have a very mean and unhappy Kyoya. Tamaki is his closest friend.

Hikaru and Kaoru Hitachiin
The twins; they are devious and funny. They are seen as the "Little Devil Type". Hikaru is the older twin, little devil #1, and Kaoru is the younger twin, little devil #2. Haruhi was the first one who could tell them apart, while their mother hid that she could. Their contribution to the host club is when they do their routine act of "forbidden brotherly love" with suggestive themes of boy love shown to admiring female fans, Hikaru's part as the "seme" and Kaoru, the "uke". They are often mistaken for homosexuals, due in part to their act, as well as their naturally close bond. Because Haruhi was one of the first to tell the twins apart, Hikaru and Kaoru develop strong feelings for her. Later on in the manga, Kaoru put aside his feelings to help Hikaru, who decided to "compete" fairly with Tamaki ever since he realized his own feelings for Haruhi.

Mitsukuni Haninozuka
Also known as "Honey" for short (or "Hunny" according to the manga). In the host club, he is known as the "Shōta Type". He looks like an elementary school child rather than the 17-year-old third-year student that he actually is, which gives him an excuse to look cute while holding a toy bunny, Usa-chan/Bun-bun, with him around the school. What he mainly does in the club is eat cake with his clients. He is very strong for his size, coming from a martial arts family and is very close to his cousin; Mori. In fact, he is so adept at martial arts that, according to the Japanese Defense Ministry, if he ever used his full ability, he could be classed as a weapon of mass destruction. Honey is also the only host club member to call Mori by his first name. He has a fondness for anything cute, like bunnies and eating a lot of cake, making his little brother, Yasuchika "Chika" Haninozuka see him as some sort of alien, though he does look up to him in away for his older brother's skills in martial arts. Honey is also the champion in judo and karate at school.

Takashi Morinozuka
Also known as "Mori", his character is the "Strong and Silent Type" or the "Wild Type" in the host club. He is the tallest and quietest member of the group. His strength can compare with Honey's but instead of martial arts, he does kendo, and happens to be the champion of kendo at school. Mori dedicates his life to Honey by protecting him and only gets emotional when Honey is injured or harmed. He is also very close to the other club members and many classmates look up to him because of his quiet, gentle nature, despite his intimidating appearance. He usually only speaks when necessary, and responds to questions mostly with monosyllabic answers. Mori's family served Honey's family until a marriage two generations ago made them cousins. Even though the servant-master bond was technically broken, Mori still serves faithfully as Honey's guardian and best friend. He also has a brother, Satoshi Morinozuka, who, unlike Chika, praises him. 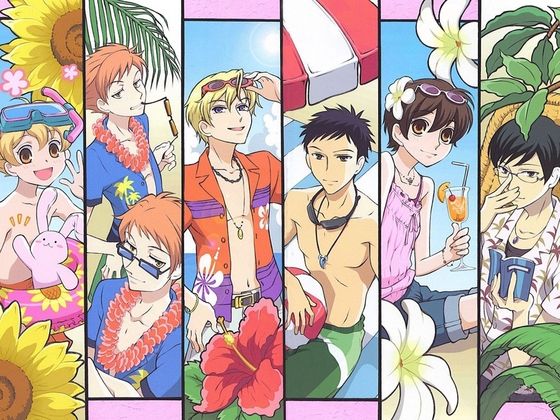 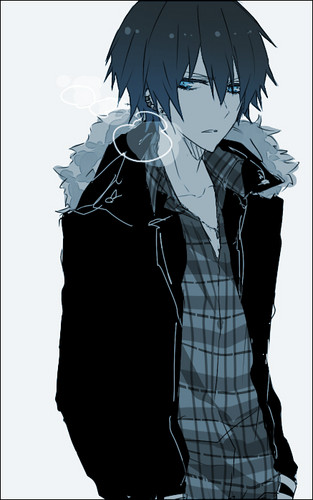 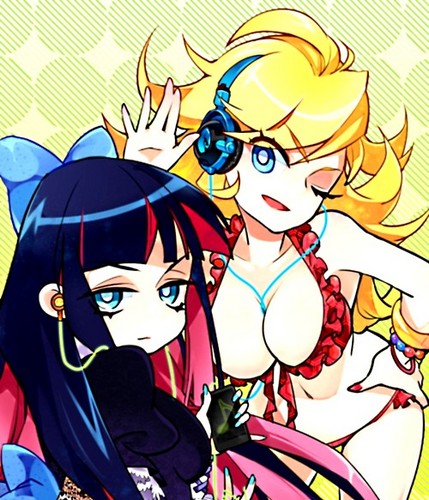 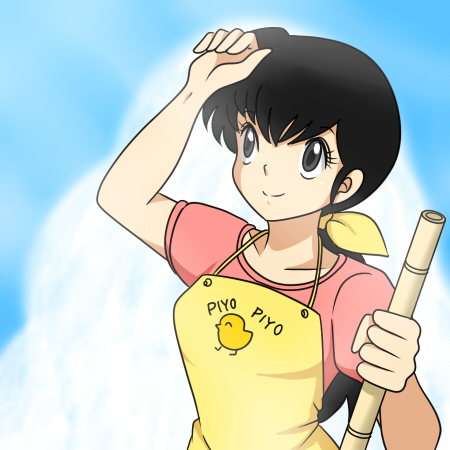 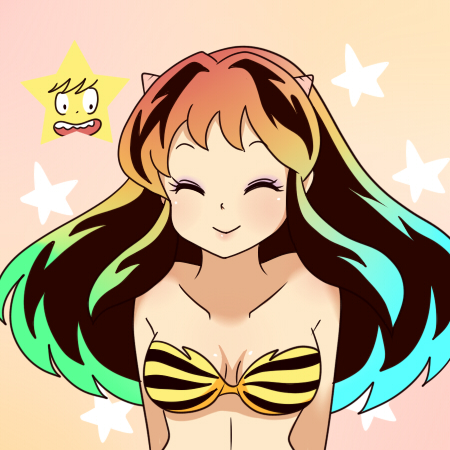 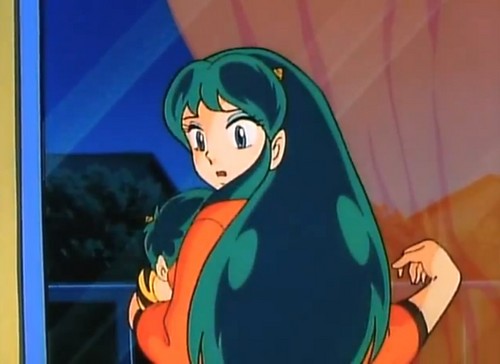 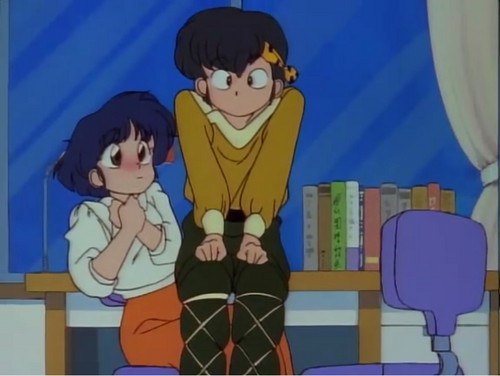 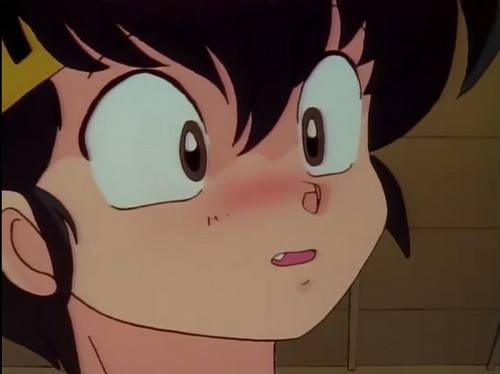 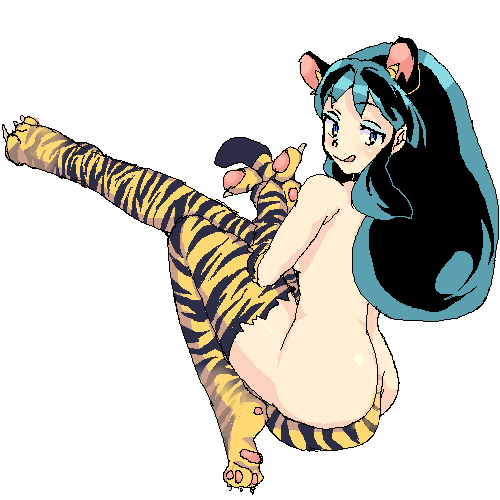 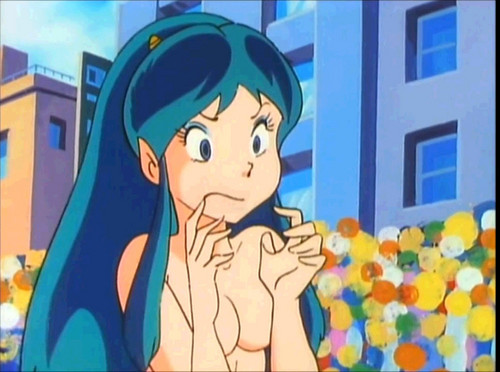 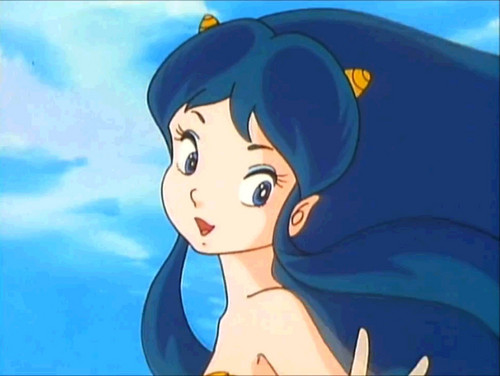 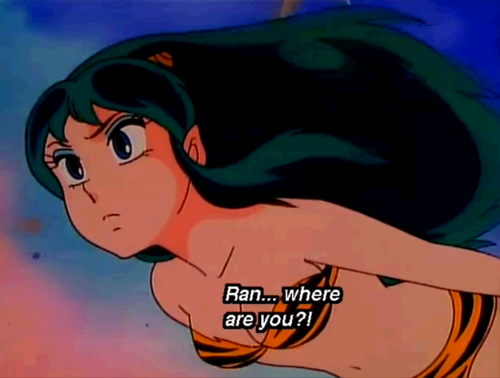 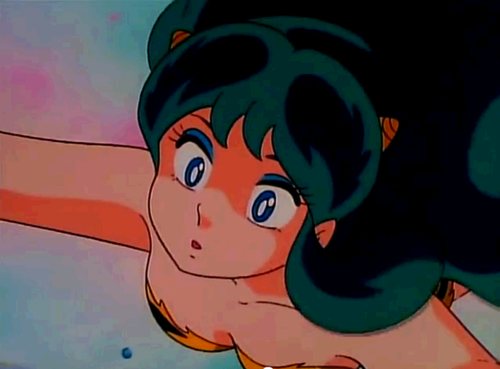 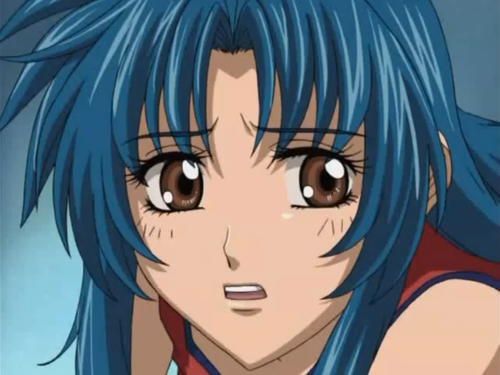 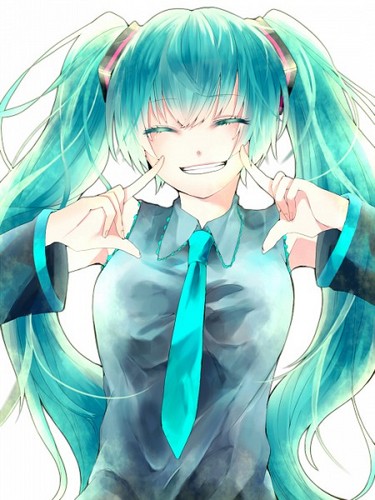 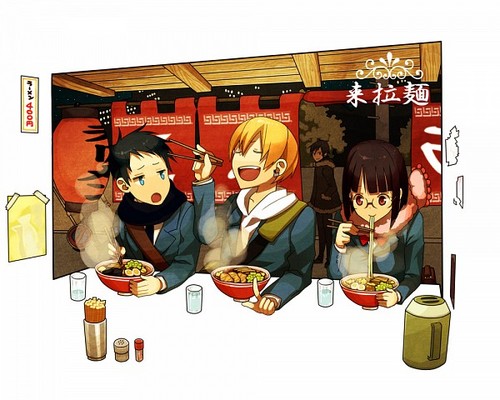 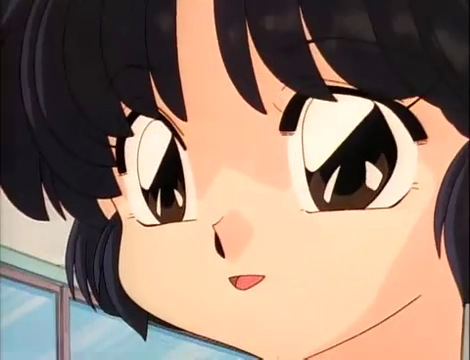 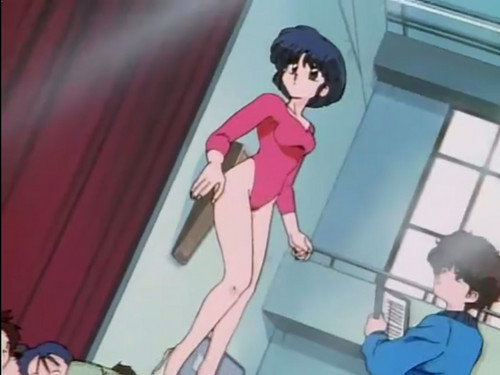 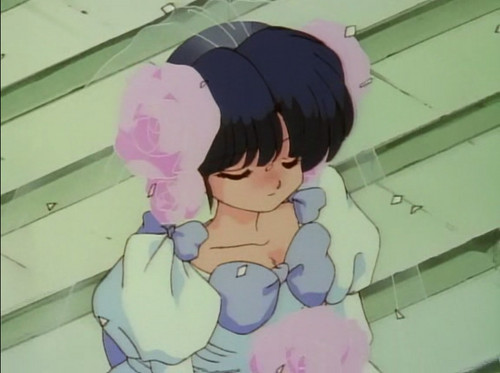 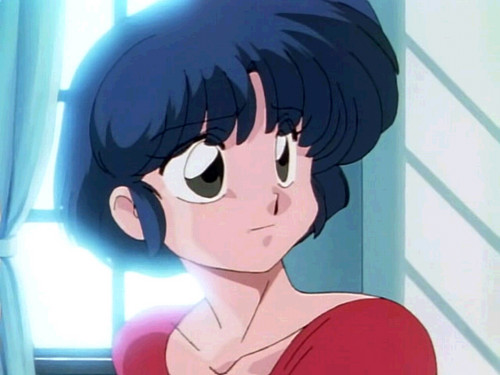