Ryan/Rachel Quotes:
RYAN ON RACHEL
"She was inspiring. You know, she's just like Allie in the movie: She laughs like that, she talks like that. She's elated one minute and devastated the next. She's a very real person. You tend to forget what real people are in this business but she was a jolt of reality, you know?"

“I think Rachel is really – she's got chops, ya know. What's interesting is that I really don't think we would have made the film if we hadn't found Rachel. Really this is Rachel's movie. If this is a car, she's driving it and we're in it. So it all, for me, depended on finding somebody that could do that and also play a young Gena [Rowlands] because Gena’s probably one of the best actors ever, so it's kind of tricky.”

"I'd certainly never said 'I love you' or anything like that on screen before and it was important for us to find somebody who hadn't either. And not only did we find that in [Rachel] but we found this like, she had this incredible talent."

"All I knew was that she was a force to be reckoned with. How was I going to reckon with it, I had no idea. She's not someone you can ever dismiss or out into any category. She's many things."

RACHEL ON RYAN
"Ryan's been doing it longer than I have so he's a bit more seasoned and, you know, I looked at him sometimes for guideance. He understood the technical stuff a little bit better and um, and has a very interesting, you know, very intellectual way of looking at acting. I learned a lot from him."

RACHEL ON THEIR ON-SCREEN TEAM
"Right, an unlikely pair. It's interesting, I mean, I think that the fact that we are so different, that we complimented each other in the end."

RYAN ON CHEMISTRY
Can you define how chemistry is created or is it simply theory?

Ryan Gosling: I can’t define it.

So is it more organic?

Ryan Gosling: I don’t know how. I think we had a mutual respect for one another. She brought it to the set and I did the same thing and I think that’s what it was.

RACHEL ON CHEMISTRY
How do you create chemistry or do you? I mean is it there?

Rachel McAdams: I don’t know, it’s so intangible, I don’t know how to explain. It just happens or it doesn’t.

And do you feel it’s something that only others see or is it something you feel?

Rachel McAdams: Well that’s the casting director’s art form to be able to see the chemistry in two people. You know Ryan is very different from me, but you know he really was rooting for me, so I think that’s what helped.

RYAN ON KISSING RACHEL
"You have to be born with a magic mouth," Gosling joked backstage with ET. "Some have said about Rachel that she's kind of like what Jimi Hendrix was to the guitar."

RACHEL ON KISSING RYAN
[Ryan Gosling approaches for an interview and so the last question to Rachel McAdams ends up being one about Gosling, when he's in close enough proximity to overhear] What's it like to kiss this guy?
"Oh, it was… Uhhh, it’s hard to say when he’s standing right here (blushing). I can’t really say (laughing)."

Was that the best [kiss] you had on the screen?
"In my lifetime? So far? [slyly] It was pretty good, yeah."

ON LOVE SCENES
There's some real...affection, that develops, obviously, on screen between the two of you. But you don't know each other when you begin the movie, right? And yet you're gonna have to do love scenes together. So how do you get to know one another?
"Well, you just, you know, you have love scenes...in your private time. [pause] That's not true!" ()

"It really was very nice," says McAdams. "There I was, sipping tea at the table, with the carpenter himself." And--ahem--the love scene? "Oh, of course we were nervous, but I remember he came up to me beforehand and asked, 'Is there anything I can't do to you?' And I was like, 'I don't know, what are you planning to do?'"

"Because we had lengthy conversations, from the very beginning. You know, Ryan and I started working on this two months in advance of shooting. We were in Charleston for two months prepping, so there was also this open discourse about how things would go and Ryan is a real gentleman. He's got a lot of respect and we had a lot of communication and beyond that, you have to trust each other and play it out and see how it works."


ON THEIR RELATIONSHIP
"We were together long before we were physically together."

'AAW'-INSPIRING
"It was my pleasure. Thank you very much, Rach. 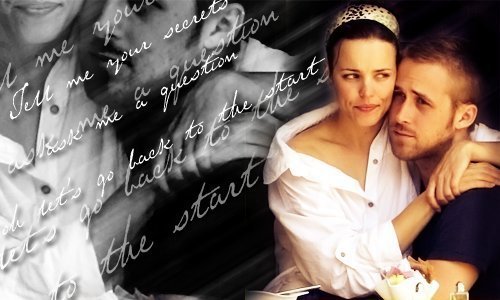 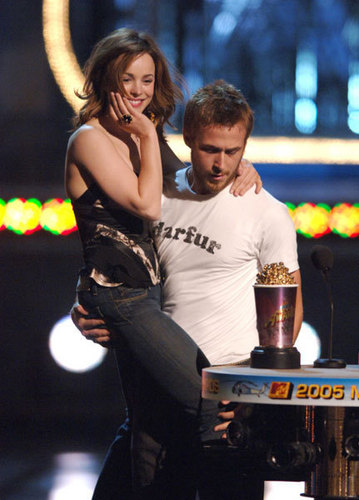 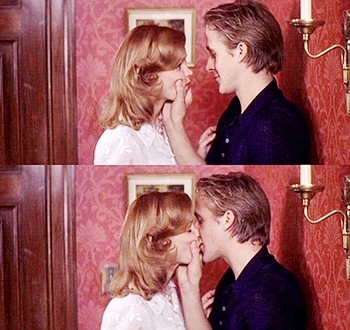 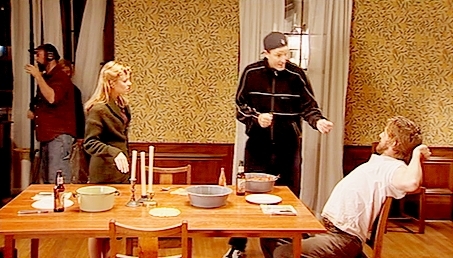 On the set of the Notebook
added by kuhriissten
Source: satine_59 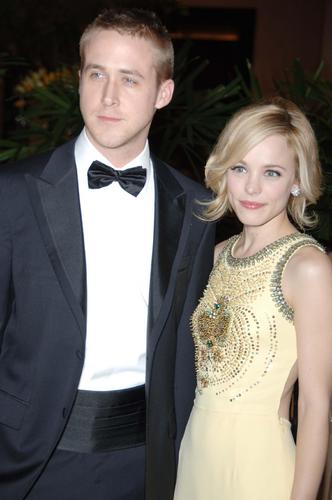 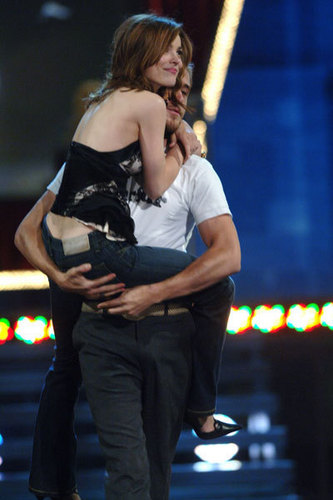 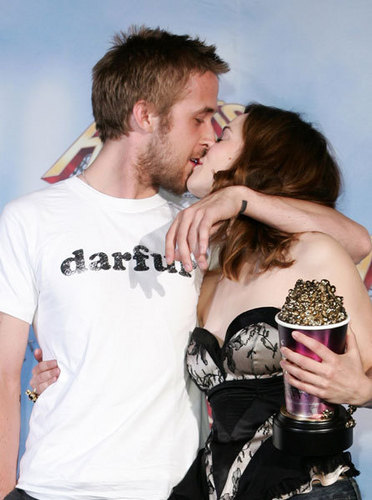 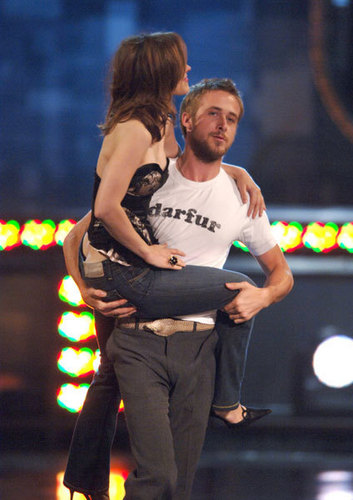 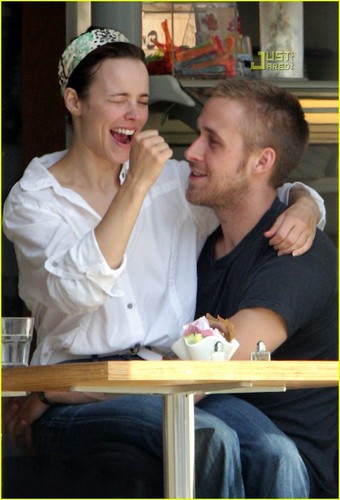 4
Rachel and Ryan Back Together!!!
added by x_ellie_x
Source: Just Jared 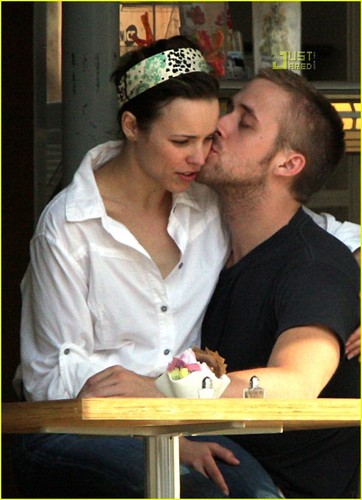 5
Rachel and Ryan Back Together!!!
added by x_ellie_x
Source: Just Jared 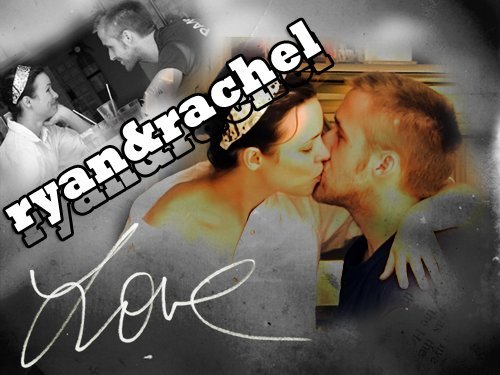 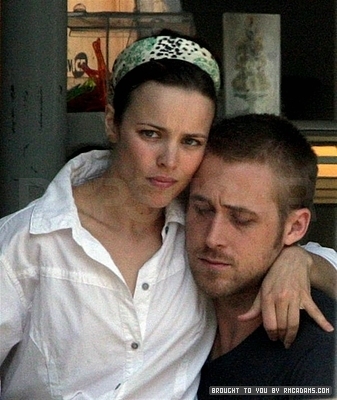 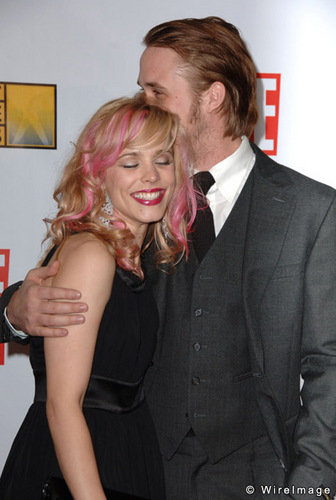 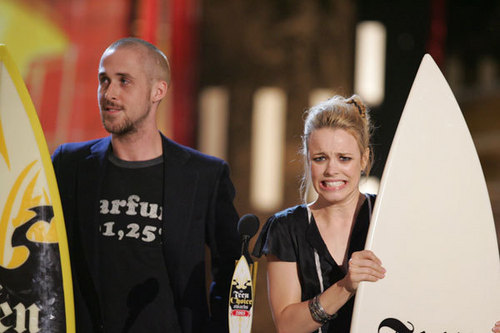 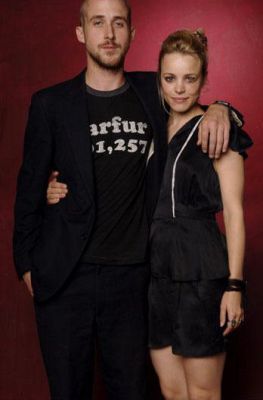 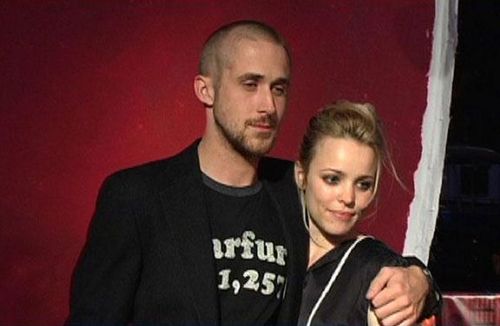 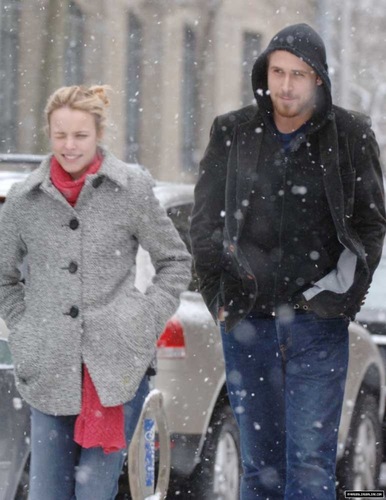 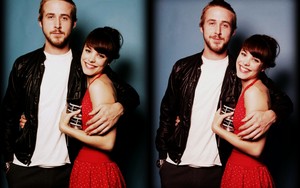